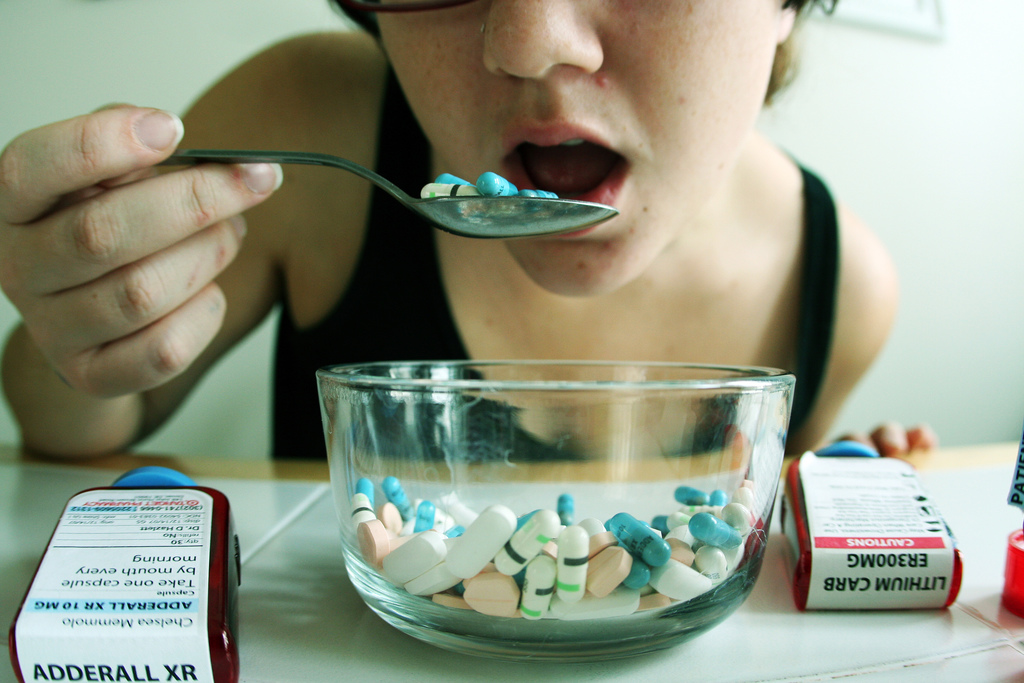 Because I spent all of yesterday doing this; 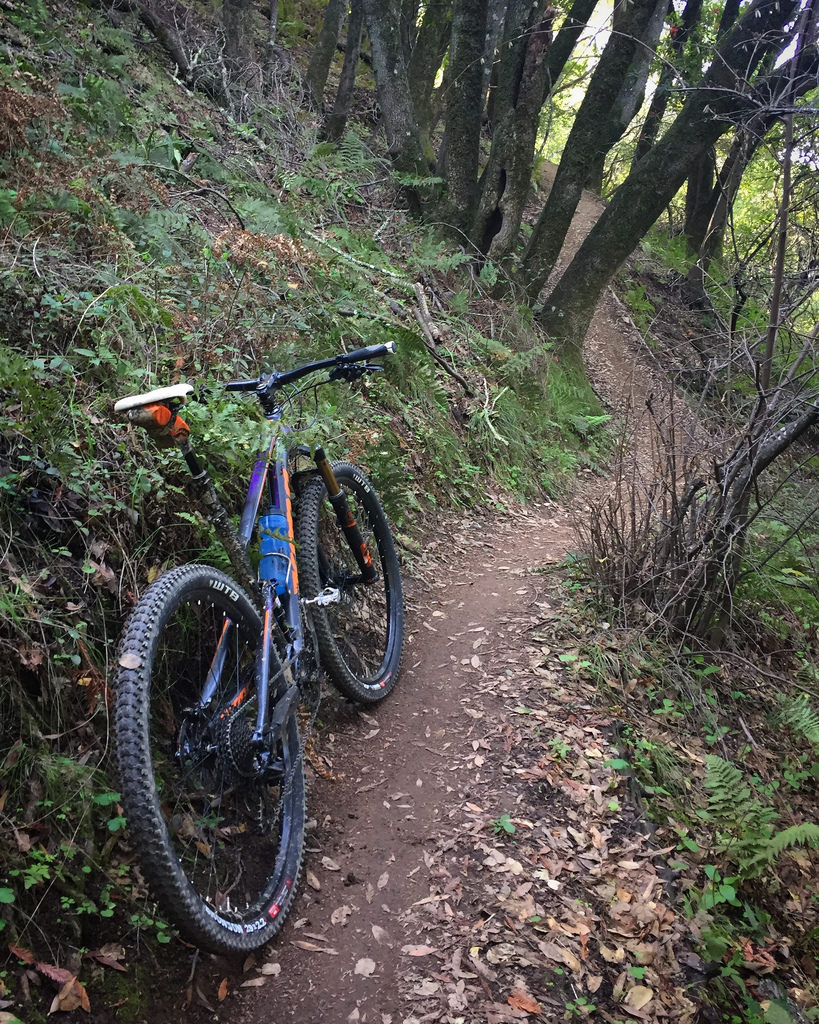 And not standing here doing this; 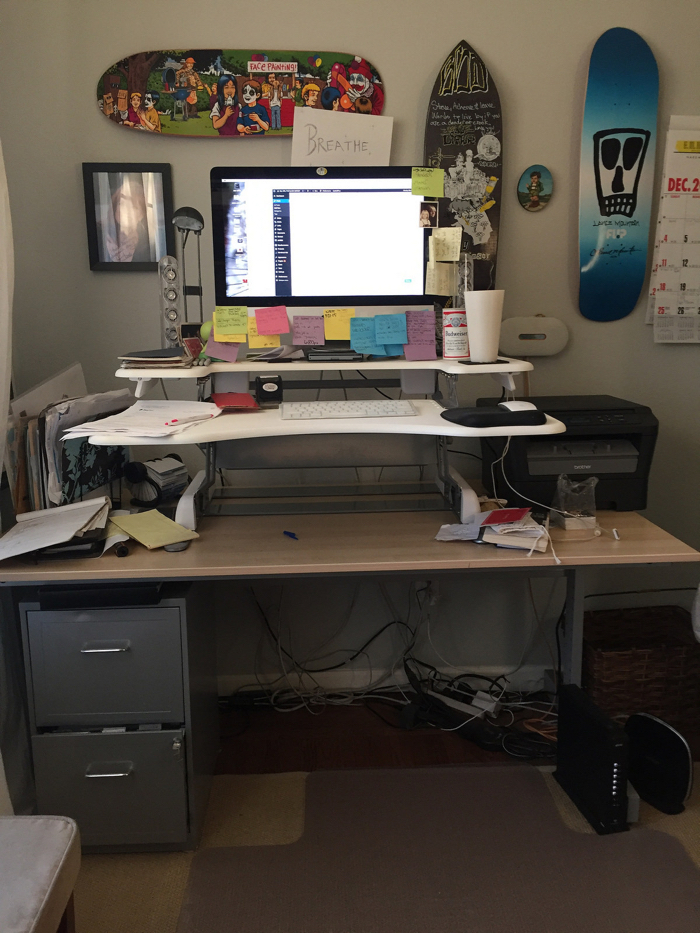 -I have a rapid fire blast of whatever to throw at your wall. Whatever sticks, will stick. Whatever else falls to the floor to eventually get swept up and thrown away, is simply Dog’s will.

First up, for those who recall with any interest this post in which I described in colorful detail about our recent reinstall of Bernie McGinn’s photos at Mission Workshop’s San Francisco location, I have a bit of news.

Now that they’ve been there for a month, the good people at MWS have graciously offered to have a closing party for us tomorrow night; 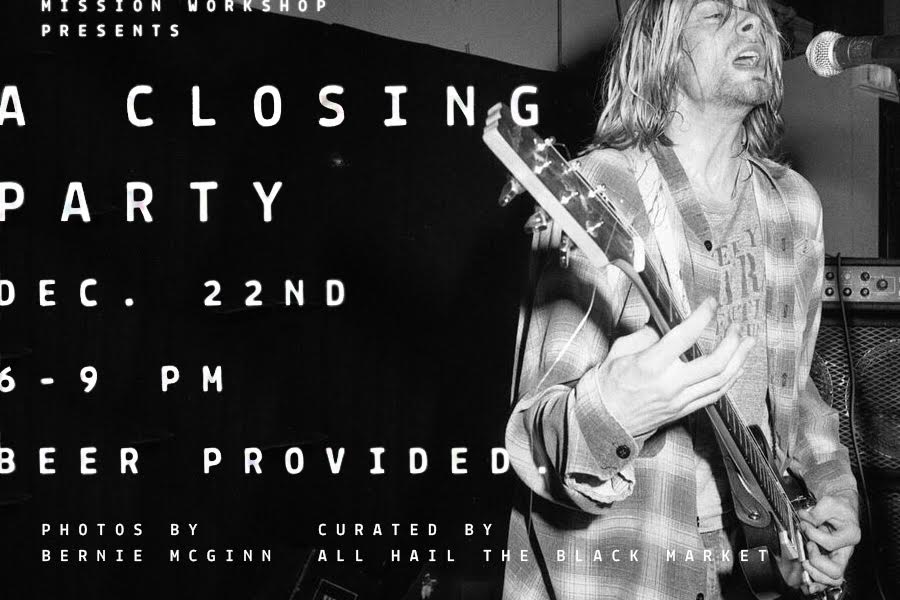 If you missed the installation thus far, or weren’t able to get in for the previous opening at NWVSF, please consider getting your body into the big city to take a gander at his work, drink some free beer, and, if the spirit moves you, to buy a print for your own self.

I can almost totally promise you that you shan’t be sorry.

in other news not at all related to Bernie’s photographs, but completely related to music- For a good number of years (starting back in my Swobo days), I’ve sung the praises of a band made up of some compatriots of mine called The Worship Of Silence; Though they have been operational in some form or another for well over fifteen years, they seem to have been successfully able to duck, weave, and dodge any accolades or credit they had coming to them until they ultimately went on a semipermanent hiatus a handful of years ago.

It’s recently come to my attention that they have picked up a new guitarist and rejoined forces with their drummer who’s since relocated to the East Coast. Whether this means that new music will be coming from them remains to be seen, but for now I remain hopeful.

In the meantime, some well meaning anonymito has put their album up on the YouTubes for all to enjoy;
https://youtu.be/g1ySJu1x0-4
Unless you don’t, which is your business.

In other news, it seems as if Metallica frontman James Hetfield is moving his family from the ‘elitist’ environs of Marin, to the humble little Colorado mountain town of Vile.

Man, I don’t know where to start with this. First, when he bought the ranch in Marin, he promptly closed off a trail which for decades had been used by hikers, equestrians, and mountain bikers; Now, I can’t sweat him for that. It’s his property to do with as he pleases. As lawsuit happy as people are, I can’t say if I were in his position that I wouldn’t have done the same thing.

It was with the construction of that fence, that six figures of publicly raised finances were then spent building a re-route around his property; But now Marin is too snobby for his tastes, and the once huge and beautiful ranch will be subdivided, though in his defense, he generously donated hundreds of acres to be used for open space.

I don’t know what to say about any of it, but I guess he’s Vile’s problem now.

Moving on from millionaire rock star problems, to some simple, good times, I will now share the following email I received from FBM’s Cranpa;

Not sure if you are into cool shit but check this out;

Also, can enter the hot rod building contest and make an FBM Bus?

I gotta say, the groms do have some skills. My god, how I miss having rubber bones.

And to his point regarding said ‘hot rod building contest‘;

The answer is yes, and of course.

So as a continued declaration, this is just for cars, or trucks, or other things one might see on the road. I’m partial to 1:25 scale, since that’s what I’m familiar with, and if somebody were to do something bigger, and radder, that would kinda skew the judging process, so let’s try and keep some semblance of consistency.

Finally, from Paul at Atomic Cycles, we have notification of yet another one of his two wheeled freakouts;

SK
The Coaster Brake Challenge number 17 is on the horizon. Please spread it to your peeps. So there you have it. Just another day of all the news I’ve found fit to ‘print‘.

Now if you’ll excuse me, I think we all have a bowl of pills to finish eating.