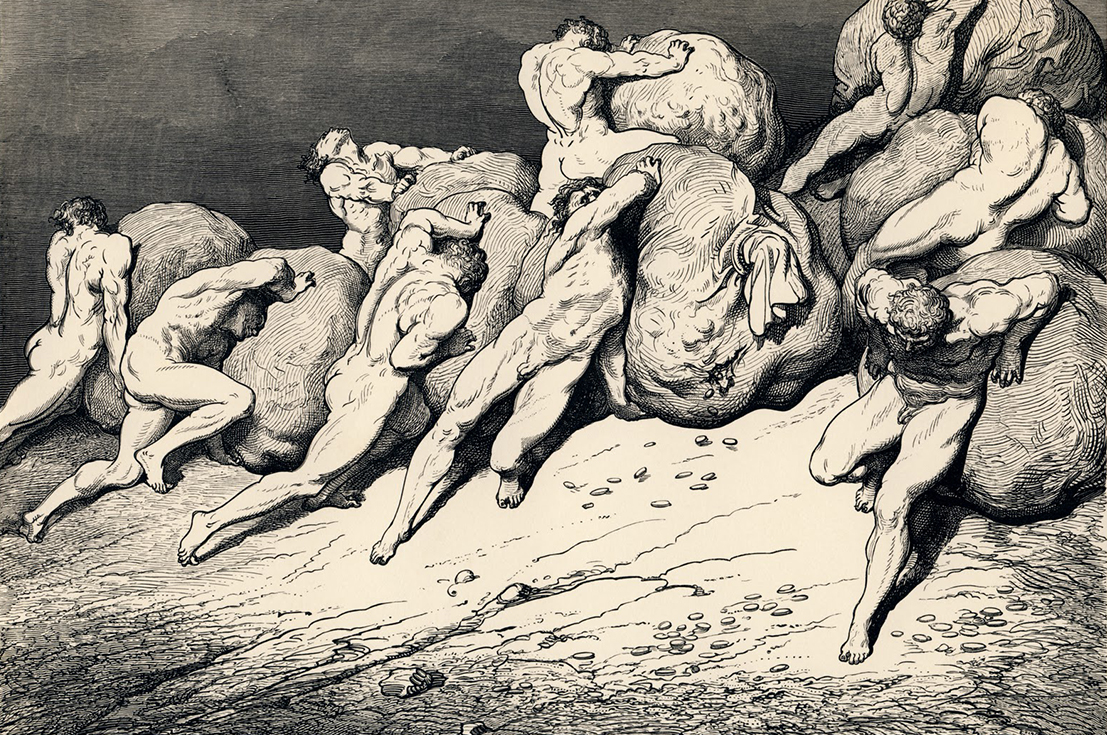 I use Sisyphus as a visual reference or metaphor with some frequency on this site, and at this stage, I feel quite comfortable with the image of a naked man, (in this this case, many naked men) hopelessly struggling with a seemingly never ending task.

For this is ever a hopelessly appropriate reference for so many aspects of life, and what I have to offer here today is more of the same.

-and if you haven’t watched the clip, I encourage you do at your earliest convenience.

The short version is that we’ve been fighting to keep the FCC from gutting the internet for at least four years, but it would seem as though no matter how much screaming from rooftops we do, how many phone calls to congress we’ve made, or no matter how many petitions we sign, we’ve lost the battle.

Because I’ve been a wee bit distracted these last few months, I was grateful to Taylor for the quick cage rattle on the matter;

I know you got a lot of shit on your plate, the only difference between that and this, this subject will fuck up more of your future days writing your sweet musings about bikes, dudes on bikes or whatever else you deem is relatable to bikes.

It is to keep the net neutral, I hope you are behind it, unless Shimano will be footing your website’s traffic bill.

either way love the stickers and the shit talking

I was reflecting on past exchanges with people on the matter and more than once I’ve heard people say variations of the following;

“The internet is a cesspool of assholes, and bad ideas. We should let them just burn it all down.”

While I do agree that it is a cesspool of assholes, burning the internet down won’t make them less so, it will just take away their ability to display the fact publicly. While that by itself sounds great, it will adversely effect literally everyone else, besides the billionaire corporations who will once again benefit from yet another avenue of financially bleeding the general population dry.

Personally, I’ve been thinking about throwing my whole business away and getting a job making pizzas at Little Caesar’s (or really any job where I can hide from society. Though I’ve never actually eaten Little Caesar’s, this one just sounded good because of the pizza part). Just the same, the FCC handing over the keys to what is very simply is the greatest communication device humankind has ever known to a bunch of dickhead multinationals is more than I can take, and isn’t a thing I will do lying down.

So again, and maybe (for better or for worse), I encourage you to call your representatives, write letters, send emails, make phone calls. At the risk of overstating this, the very future of the free and open internet depends on it.

And while we’re on the topic of shitbirds in government, I’d like to direct you to a project that (no puns intended) Ian currently has cooking;

Hi Stevil,
I know you aren’t a fan a our President, and that you are a Huge Fan of Camping. Can you tell your fans about my KickStarter Project? 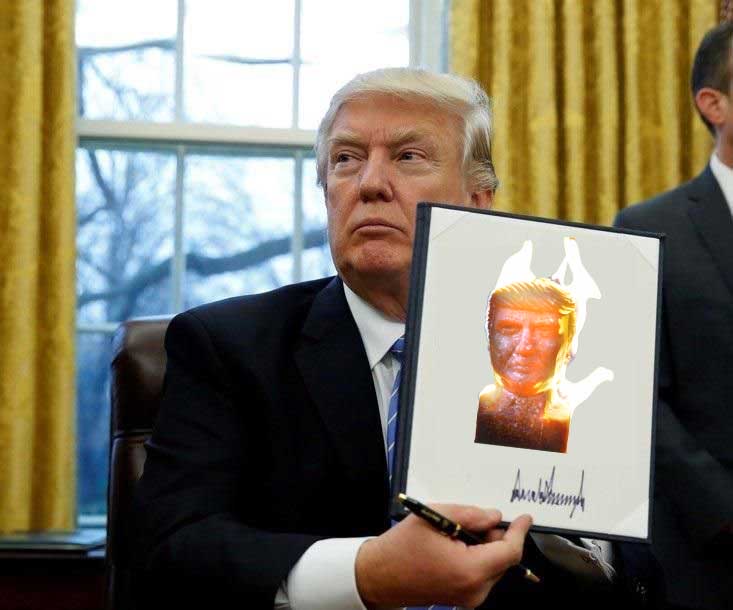 Here is the link–

Here is the youtube version of the video.
Thanks,
Ian

So three things I’d like to respond to here. The first of course being that what Ian said is true. I have a visceral response to he who won’t be named (small h, w, w, b, and n). I don’t like his policies, his absolute lack of ethics, his appearance, his indelible effect on our very existence, or even the sound of his voice. The second thing is that I rarely, if ever, promote anyone’s crowd sourcing efforts.

You promote one, and then before you know it, everyone with an idea is sending you emails for things like this; 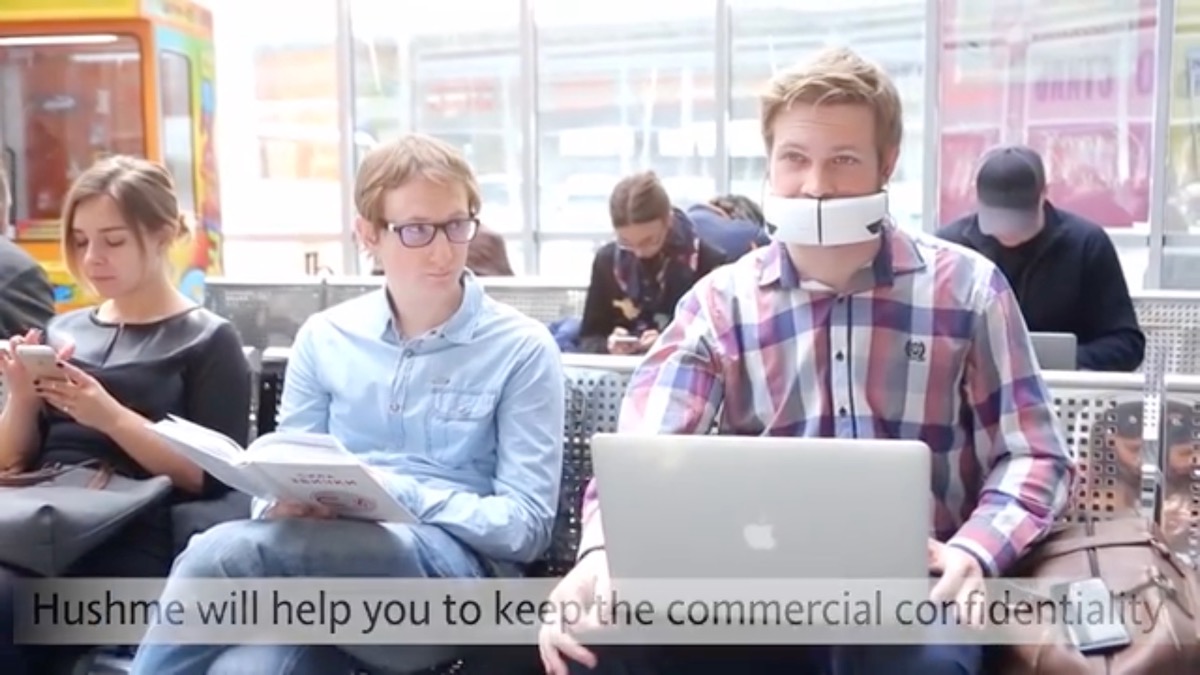 And upon further consideration, it’s safe to say the following exchange went something like so; 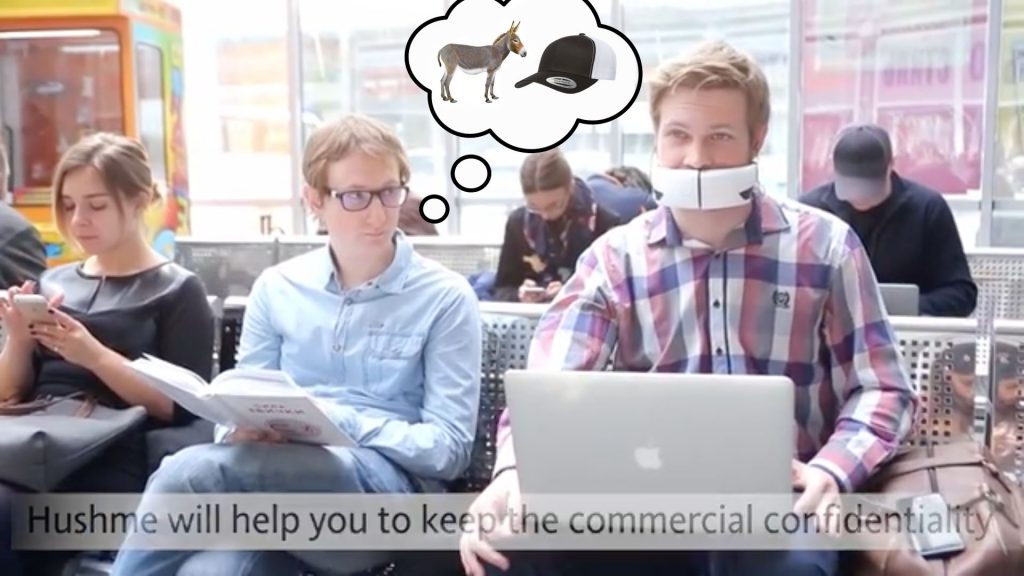 The third being that I like Ian, and I appreciate his efforts in the world of burned effigies, so there you go. If you’d like one of these to burn at one of your own camping trips, then all you gotta do is go here.

Finally, and perhaps most importantly, according to everybody and everything aside from my own dumb brain, this weekend is the eighth annual Wizard Staffs Across The Universe celebration; 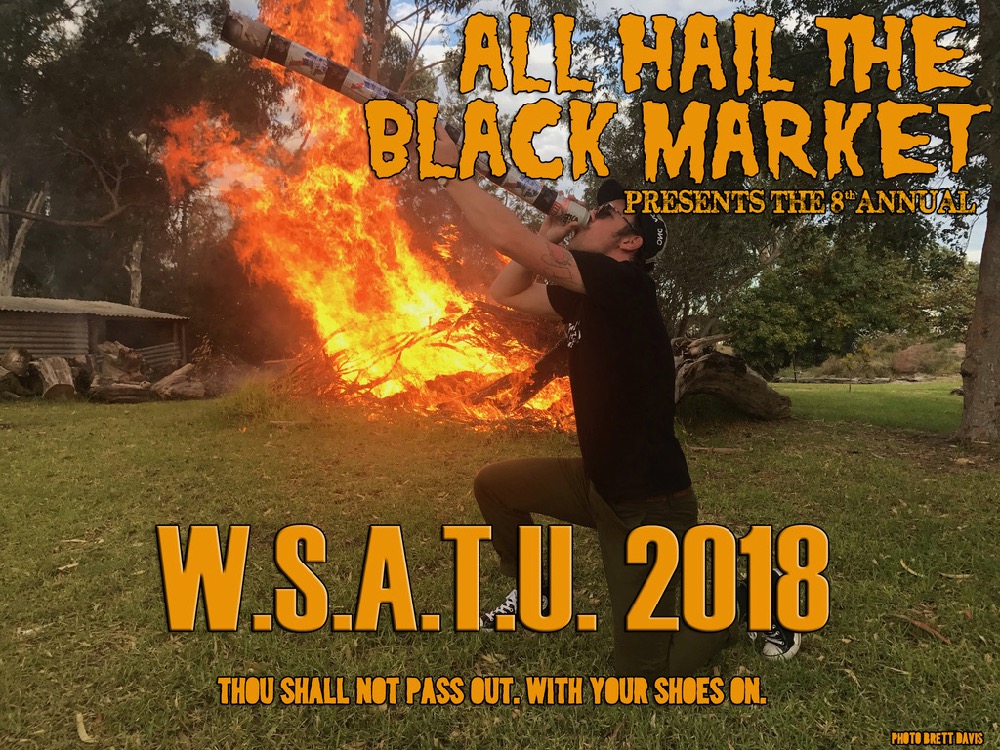 I screwed up an thought it was next weekend.

“How could you possibly do that?” you might be asking. You might even go on to say, “I mean, there is a countdown timer on your own goddamned website. Are you actually that dumb?”

In response I can only say, “I don’t know, I know, and apparently“.

So here’s the deal- For weeks I couldn’t remember if the day landed on the third or fourth Saturday of every June. In hindsight, it’s totally clear, but when I decided it would be on the 23rd this year, I wasn’t really thinking. What confused me was that there are five Saturdays in June and in years past, I remembered the celebration always landing around the 20th, so in my mind, the 23rd seemed more reasonable than the 16th.

I was just looking at numbers, which if you were unaware are as confusing to me as reading Chinese. (Which by the way, I can’t read, at all.)

As absurd as this all seems, this is a perfect snapshot of how utterly dysfunctional my functions are.

And in my defense, about five or six weeks ago I called Sally and we had a conversation about it. At the time, we were sober, and as far as I know, sound of both mind and body. Apparently confounded by all of the month’s Saturdays as well, we both landed on the 23rd as an answer.

So for those of you celebrating this weekend, like for example, the kids in SLO; 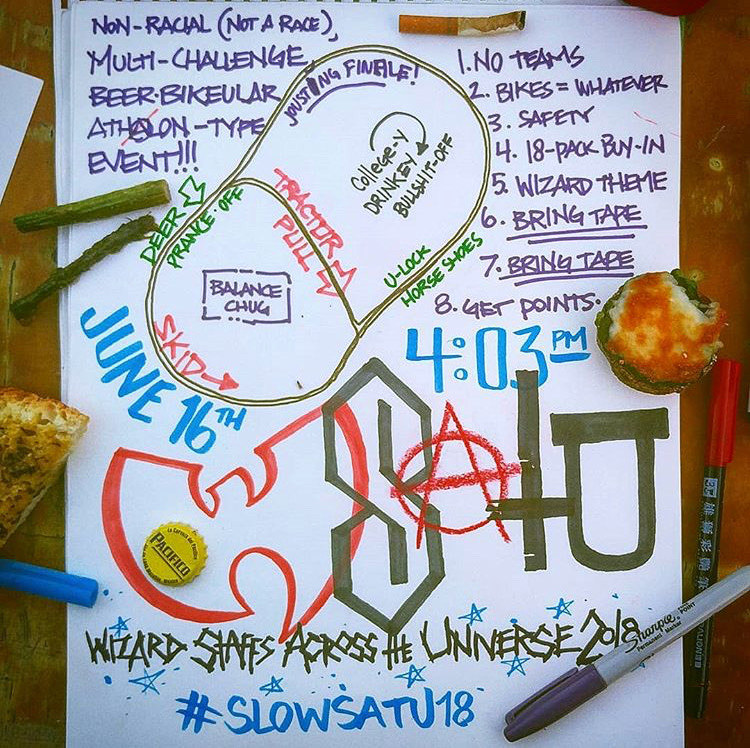 Or the kids in Hotlanta; 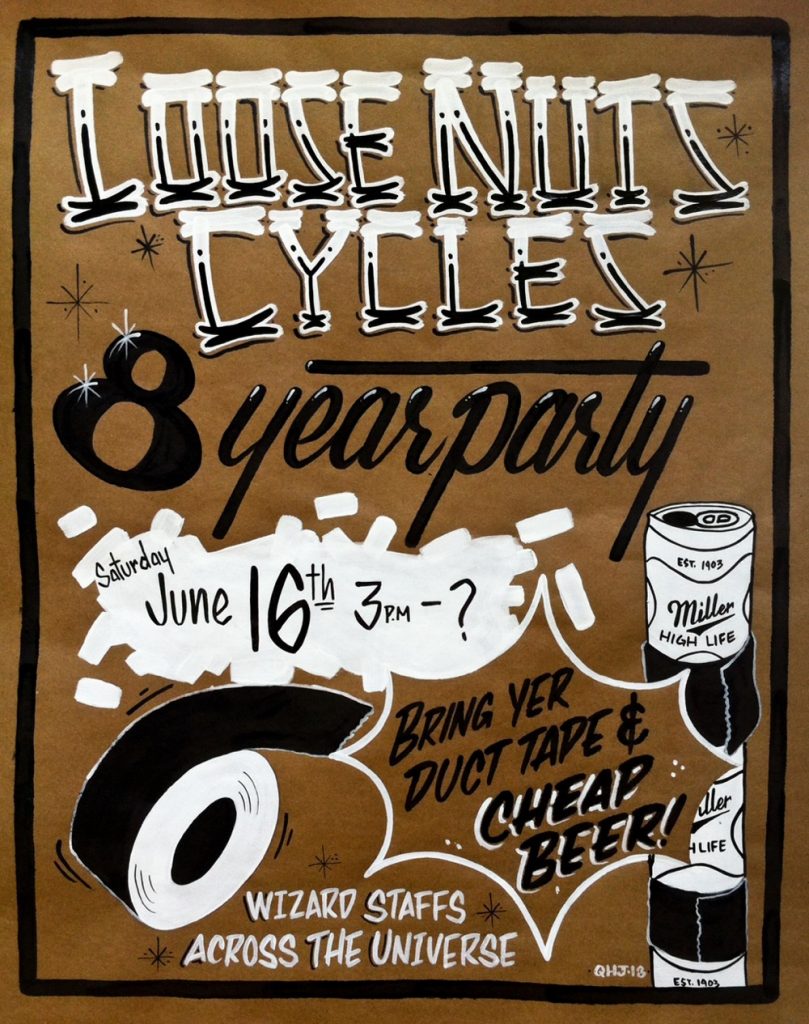 Or literally everyone in the world who knows how to read a calendar, be safe, and have a blast.

Because I will be in a box, in a hole, in a cave, in the woods, in the bottom of a well this weekend, (as well as on Friday, so there shall be no post to be had), I will have to take part on the following weekend when I’d actually booked my flight.

And so it goes, forever pushing that boulder. Only in this instance, it’s my severely addled brain.

3 Responses to “A never ending battle.”