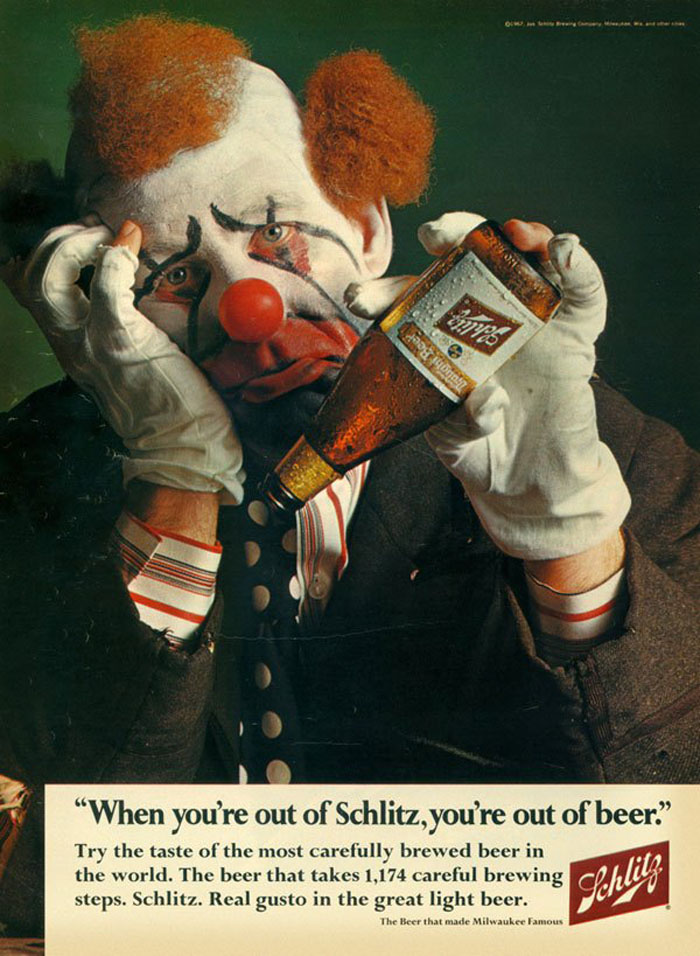 In a conversation with my homie Air Wrecka the other day, we were discussing (among other things) the pros and cons of comparing one’s plight to someone else’s. That is to say, while you might be dealing with some challenges, at least you don’t have (insert body part here) cancer, and you aren’t homeless, and you’re not bound to a wheelchair, and etc, etc…

While I do think it’s a good thing to have perspective and embrace all of the gifts and advantages one’s life has extended to them, by comparing your own plight to that of anyone else doesn’t honor that which you happen to be going through.

That is of course unless you’re down in the mouth about (for example) a Black Lives Matter protest screwing up your commute, the underpaid laborers making too much racket while they do maintenance on your million dollar condo, or accidentally dropping your favorite Cartier watch into your gold toilet, then you get no sympathy from me.

But again, all things are relative. Mostly I want to thank you for allowing me to vent on Wednesday, and if it doesn’t feel necessary for me to do that for another ten years, it’ll be way too soon.

Having said that, let’s roll out a bit of what may feel important to some, and possibly useless to others.

Two people at this point who it’s good bet this audience is familiar with, are Kyle and Daniel from Yonder Journal. They are the ones who try repeatedly, though without success, to do themselves in under the guise of ‘adventure cycling’. Some might recall that they even looped me in on one of their harebrained schemes in 2013, from which I still haven’t quite recovered emotionally.

Besides riding themselves into dust, traveling non-stop, and shooting photos of professional bikecycle personalities the world over, they have also recently finished production on a documentary which I’ve been given the green light to help promote today.

Please take a gander at the ample fruit of their labor;

Last year Kyle and I made a feature-length science documentary about why people do shit that sucks within the context of the Dirty Kanza 200, the world’s premiere gravel race. We’ve put SO MUCH effort into making this movie it’s INSANE. It’s probably the hardest and boldest thing either one of us have ever done; 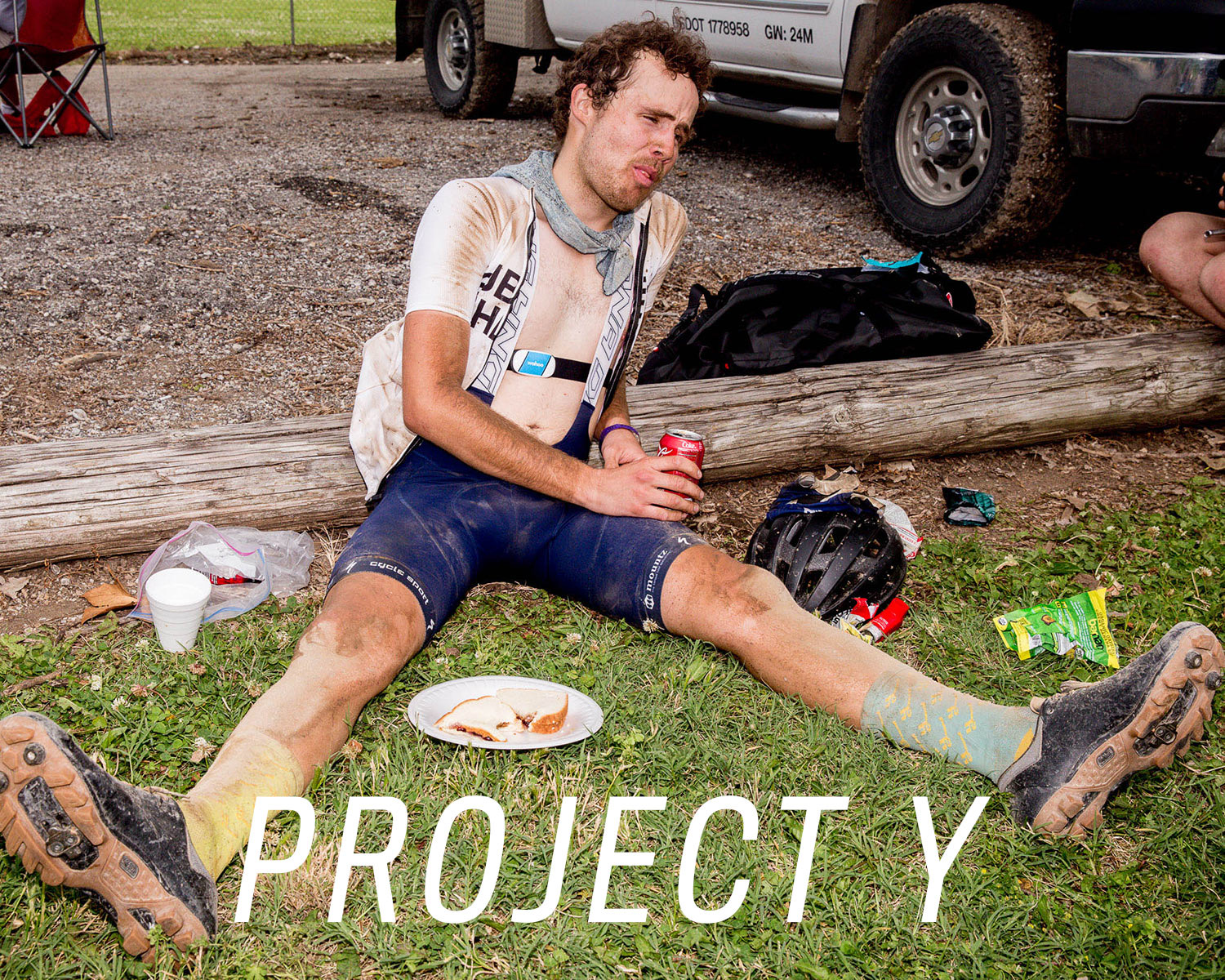 And you know what, IT DOESN’T SUCK. It’s educational, entertaining and illuminating. If you ride bikes and/or do other hard-ass adventure shit and/or you know somebody that rides bikes and/or does other hard-ass adventure shit then it’s INCONCEIVABLE that you’ve never thought about exactly this phenomenon. Some people call it Type 2 Fun, we call it Latent Fun. It doesn’t matter. Point is it’s real. And it’s interesting, and we made a movie about it.

On May 31st we’ve putting the ENTIRE movie on the internet for a limited period of time. Three days. And during that time we WANT EVERYONE IN THE WORLD TO SEE IT. Will you help us achieve that goal to the best of your abilities?

It’s part of our shared, universal human experience. It’s been with us since the very beginning, it’s as old as fire. The Greeks discovered it. Modern Philosophy was invented, in part, to study it. In the absence of hunting and gathering and the need to survive old-school-style, in this post-industrial age of communication and virtual everything, its more ubiquitous and relevant than ever. But still nobody really knows what it is or why it’s a thing. Nobody can say with certainty why humans—Subject Athletes— are compelled to push their physical, Mental, Spiritual and Emotional limits without causation. Until now. Kinda.

“Nobody can say with certainty why humans—Subject Athletes— are compelled to push their physical, Mental, Spiritual and Emotional limits without causation. Until now. Kinda.

Is the short version because they hate themselves, and they’re too chickenshit to take a bullet?

Or is that just my own deal?

I’ll focus on that in my upcoming documentary, ‘Project Why’.

Good on you fellas. I’ll get this up in Friday’s post.

Project Why is gonna be sick.

Anyway, without further ado- stuff a napkin in your shirt and feast your eyes;

Remember, this is going to available until tomorrow (6.1.18), so if you decide that “Oh, I’ll watch it later“, maybe don’t do that.

I watched ‘Project Y in its entirety yesterday morning, and having just come off the heels of this year’s Almanzo 100, I can appreciate how tremendously this event has to suck.

But it all depends on the person or persons in question, you know? Is 50 miles the longest distance you’ve ever ridden? Is 25 miles your breaking point? It doesn’t matter. Everyone of us have at some point or another pushed ourselves to that spot where we perhaps transcend to another level of consciousness, or reality, or to the end of our own physical abilities, and I appreciate YJ’s effort in attempting to figure out why that is.

Pushing one’s self physically, or testing limits, or addiction to endorphins, or whatever never clicked with me. For my part, I was only ever inspired by good old fashion self loathing. Those days have mostly gone by I think, and now I just like to do stuff because it’s fun.

That gets a big nope from me, dawg.

In general I don’t like doing much for more than four hours at a stretch. Besides drinking beer at a swimming hole, and locking myself in my studio from time to time, just about the only thing I do care to engage in for extended periods of time is hanging out once a week or so in the dirty parking lot.

And speaking of which, just as occurred last year the local bespectacled wonder, and all around master of the grill known as Opie scheduled his Memorial Day ‘Rumble In Rockridge’ event last weekend, and rumble we did; 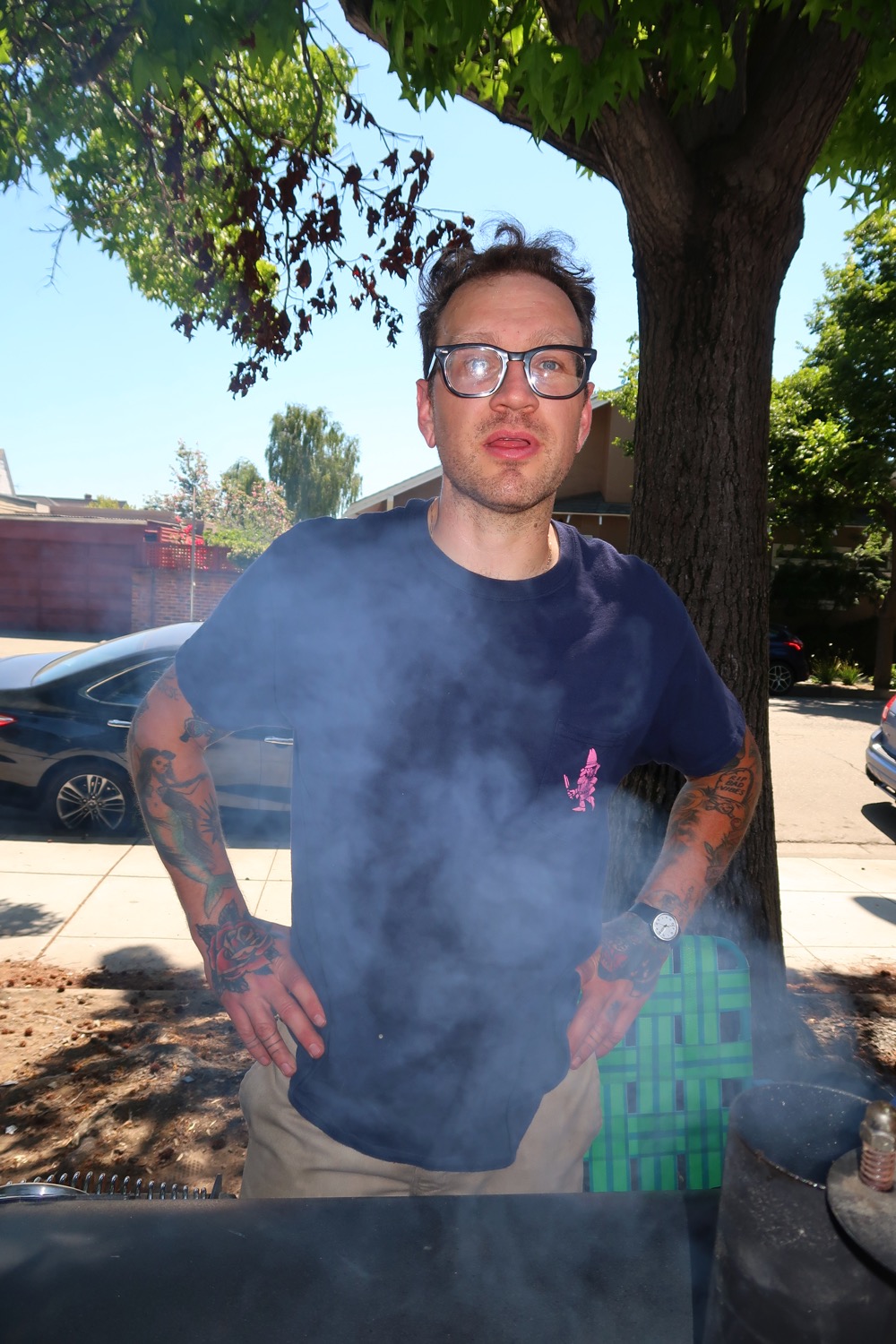 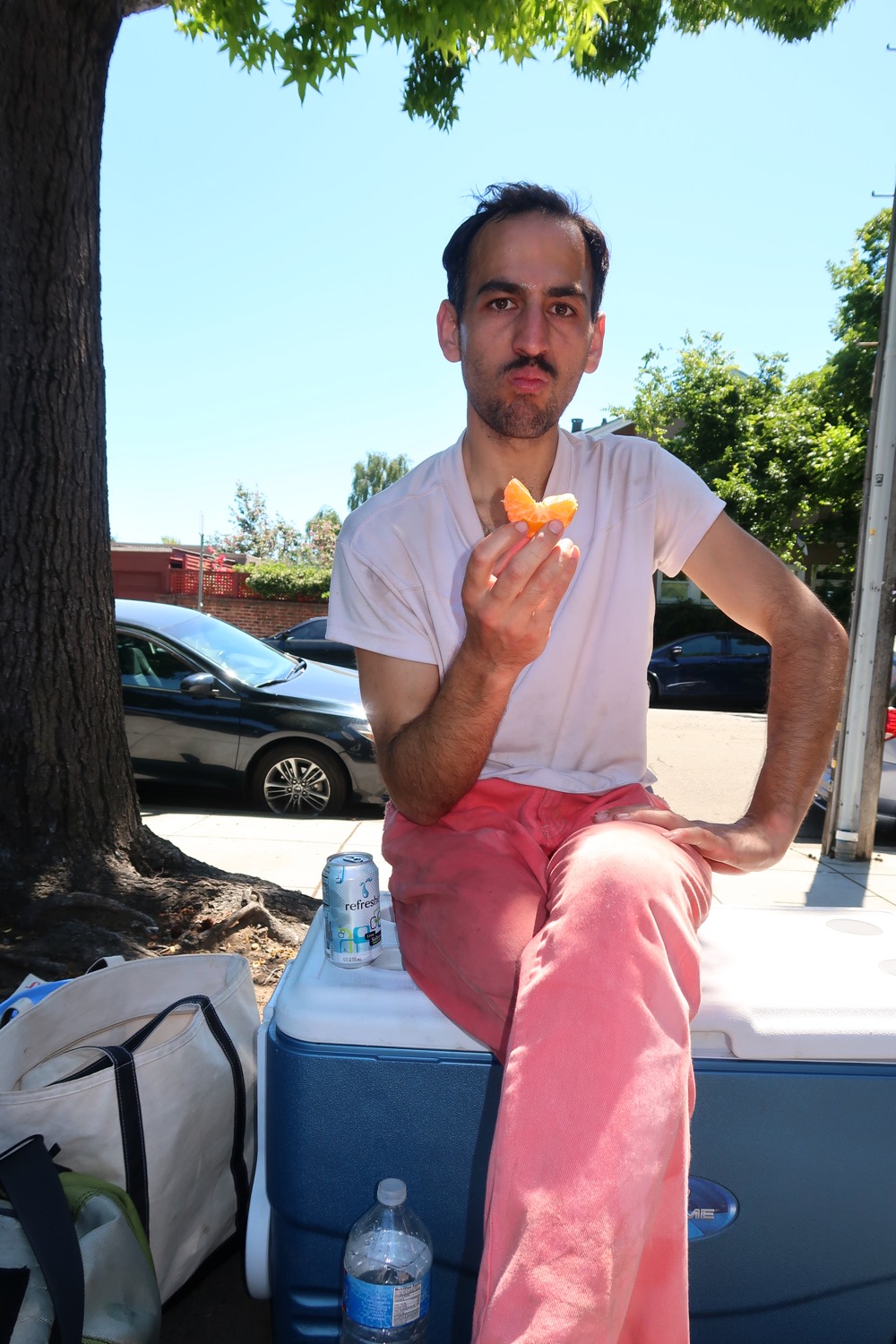 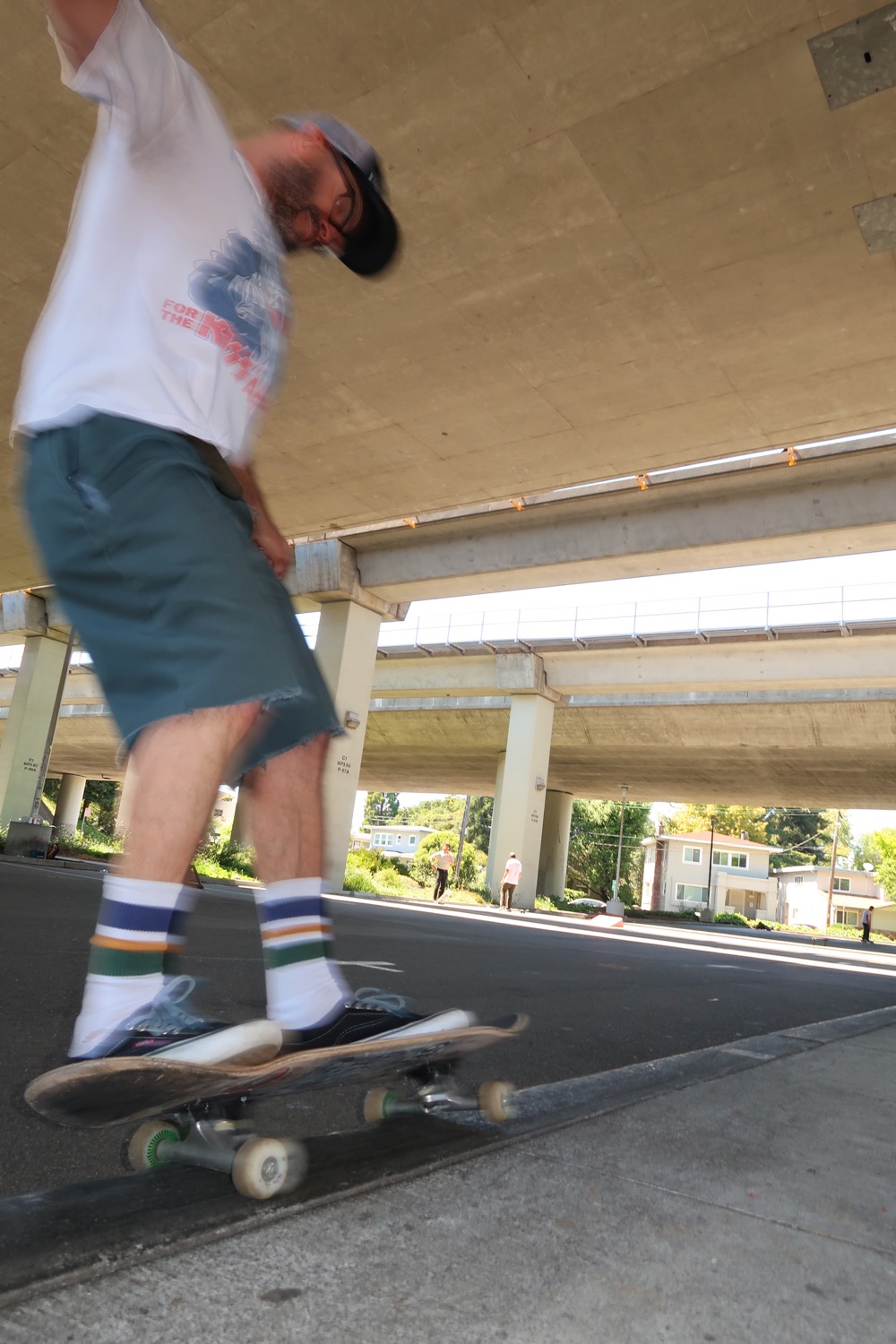 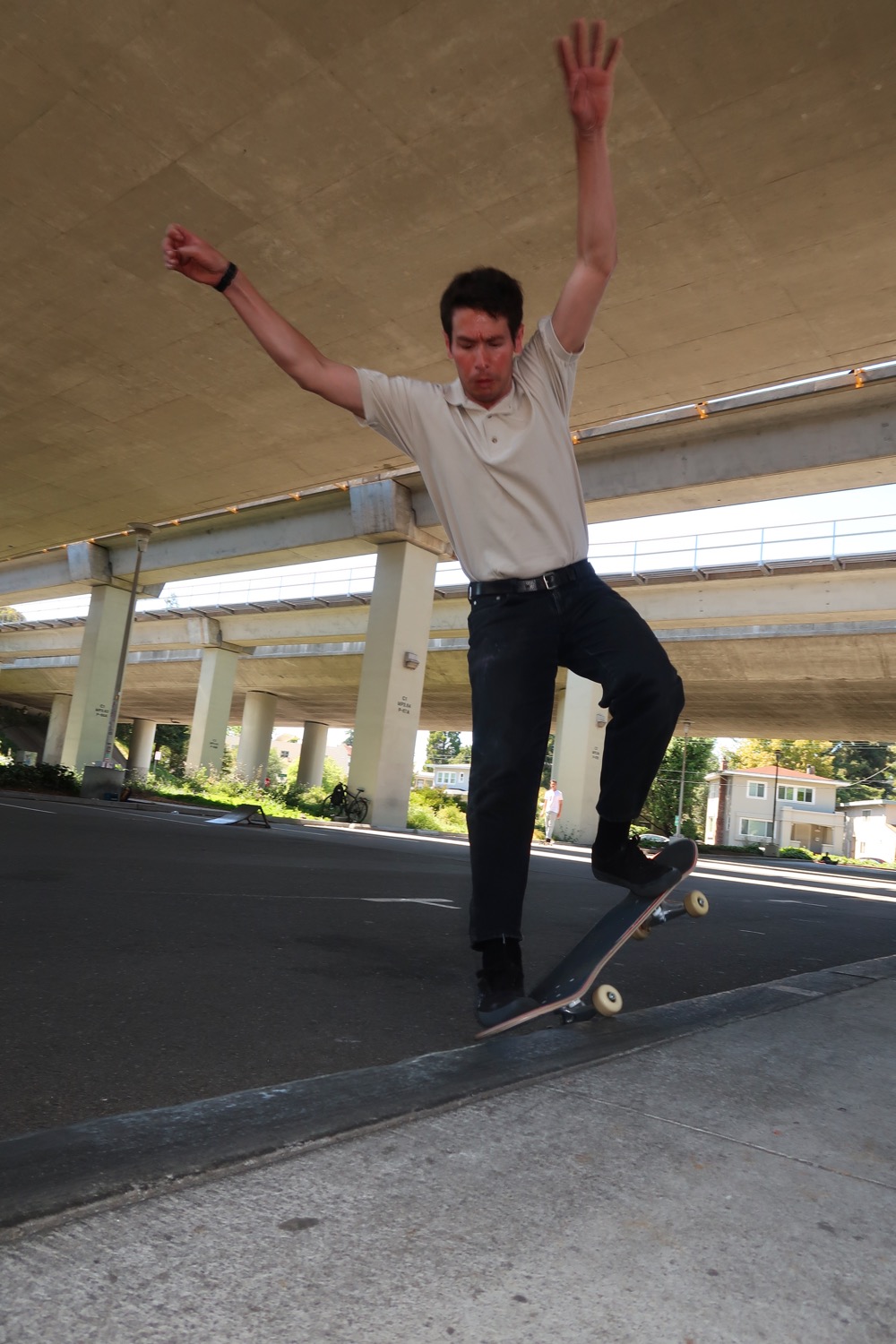 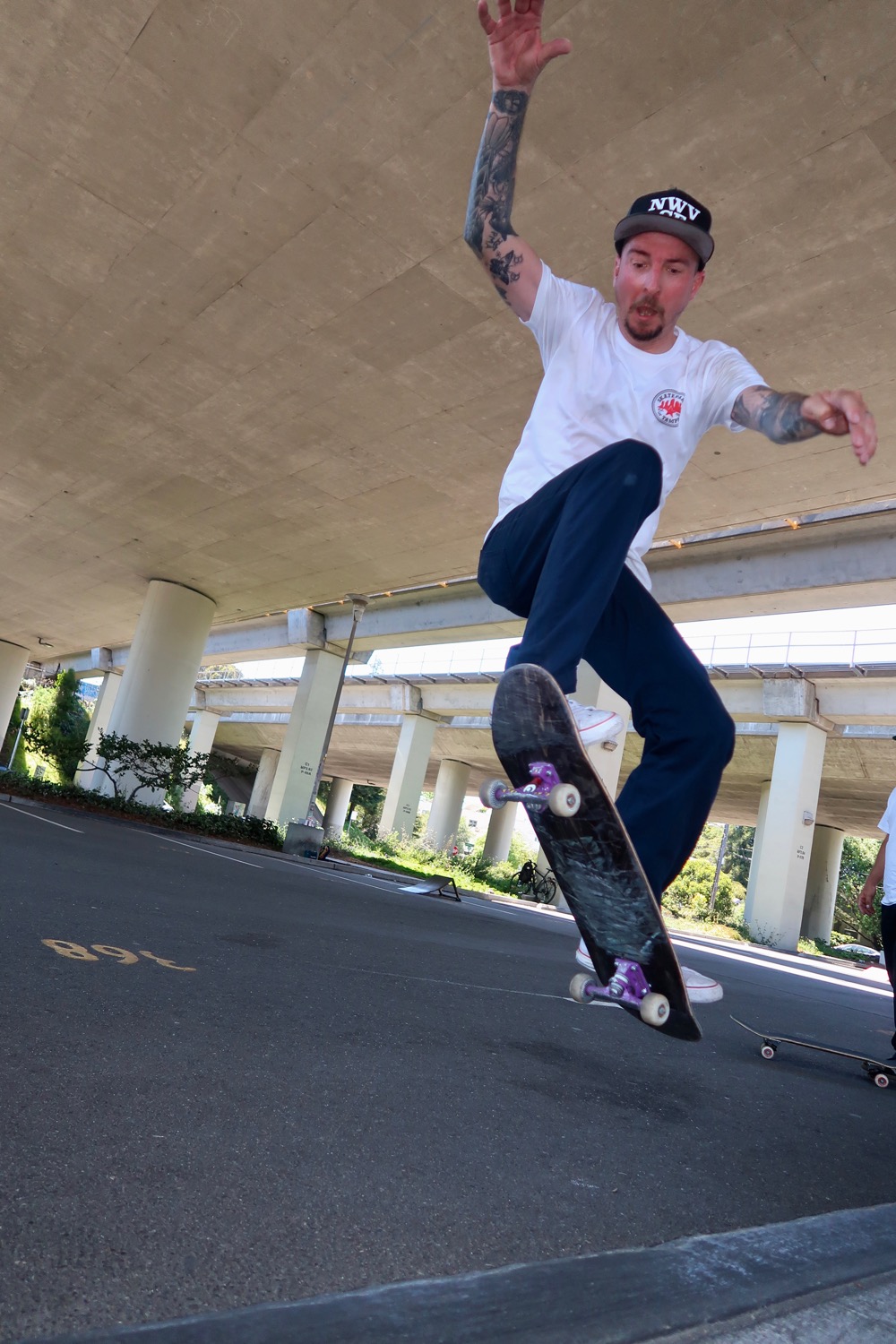 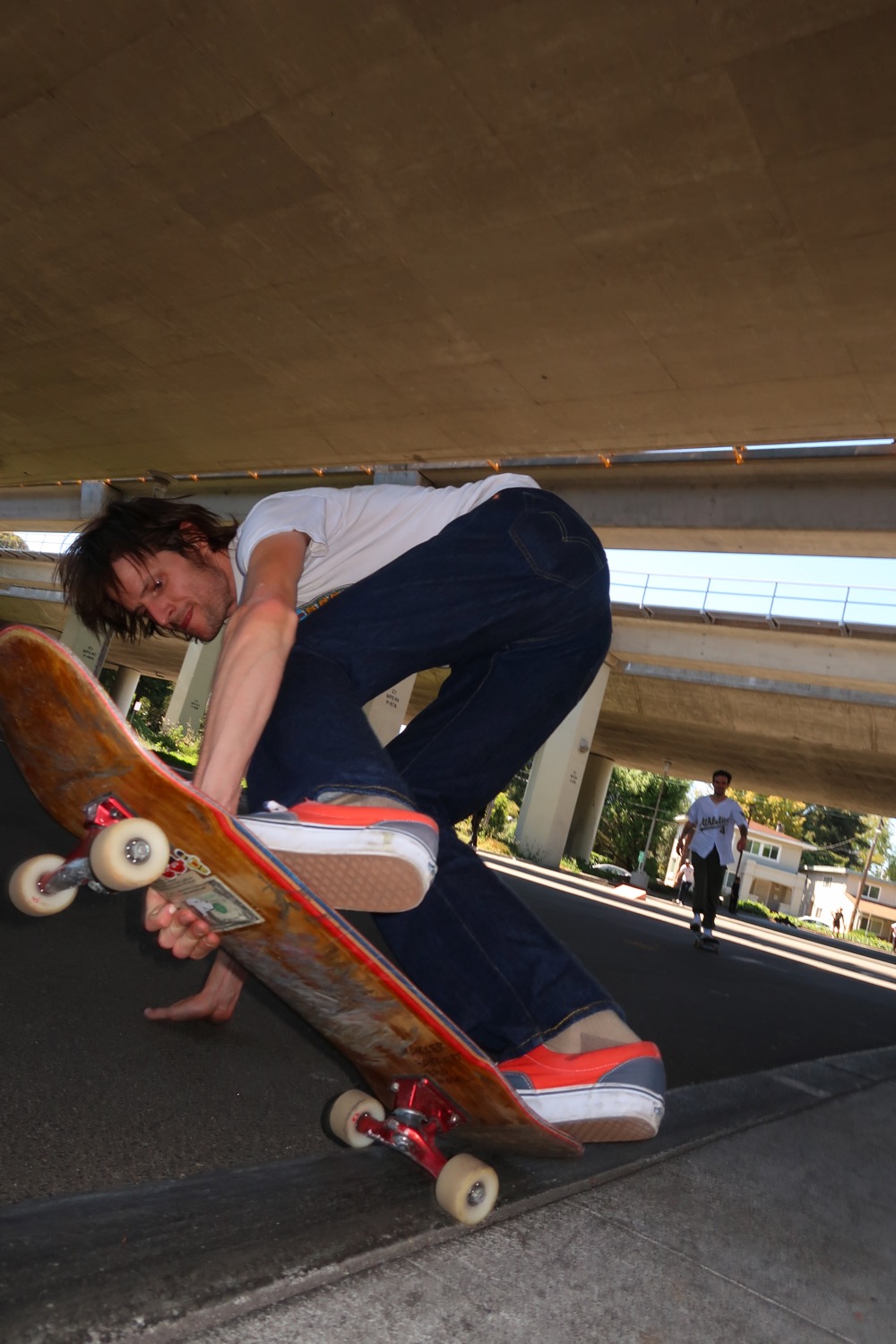 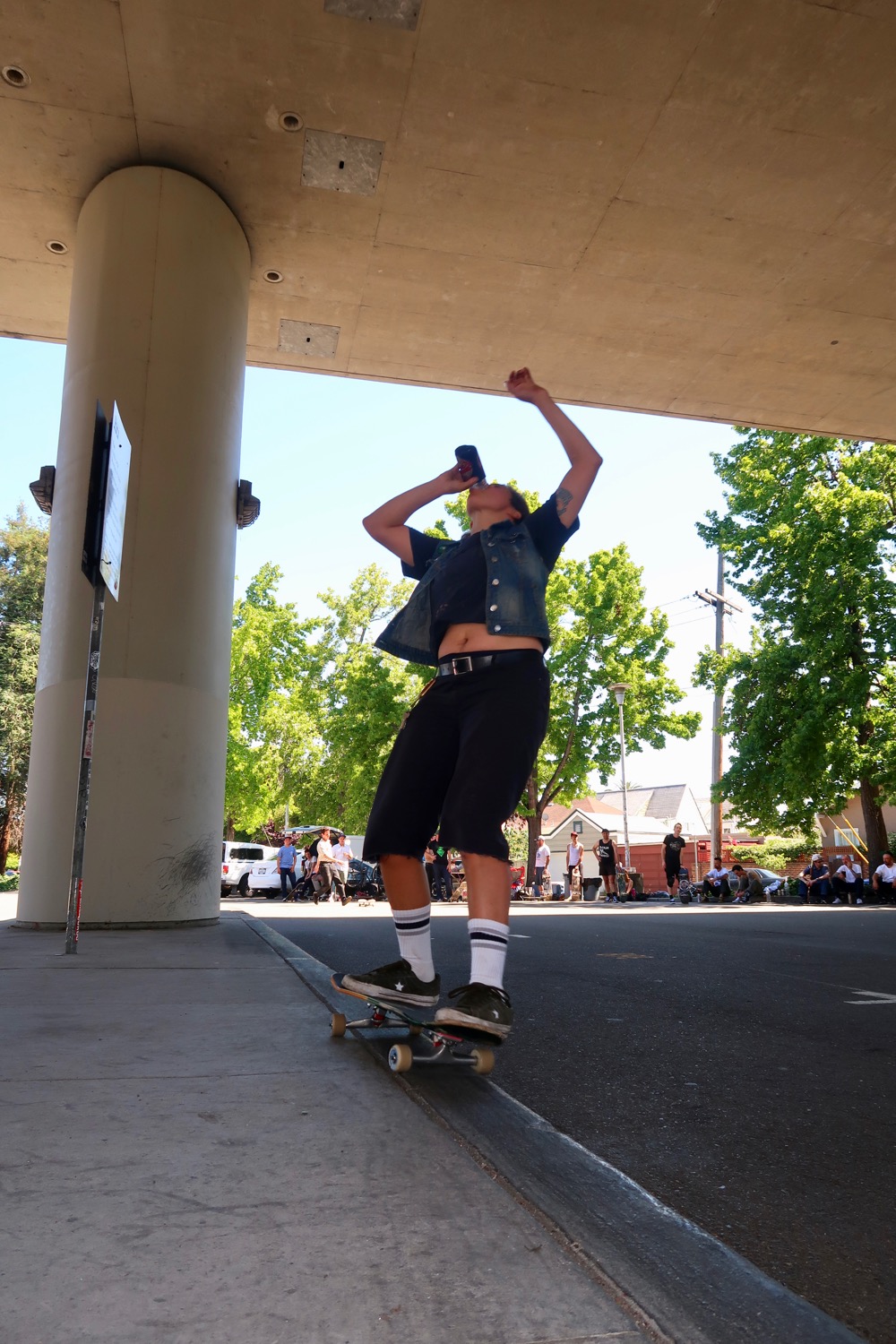 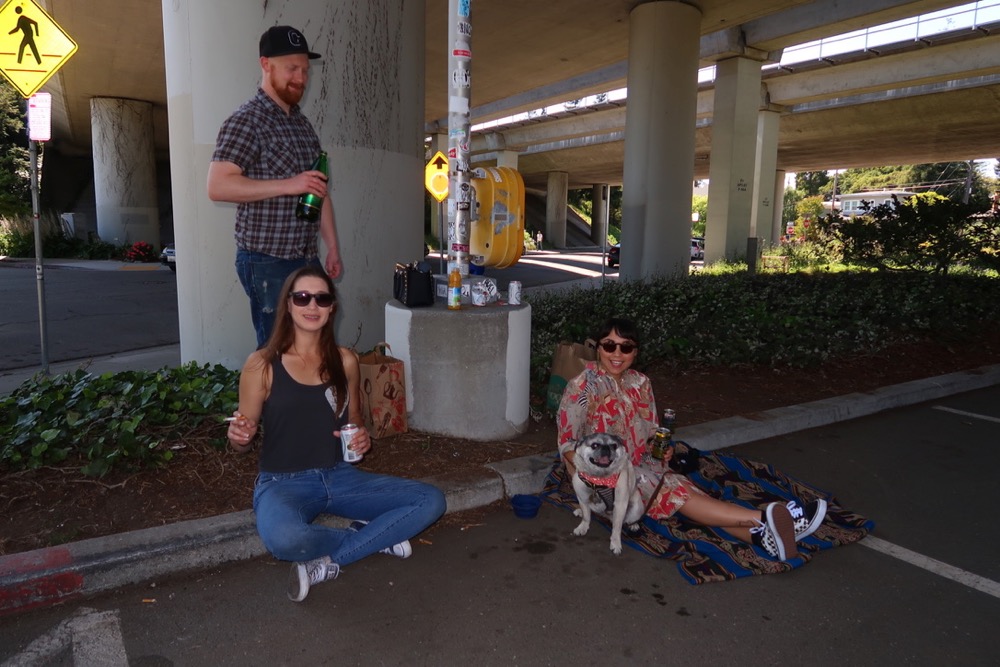 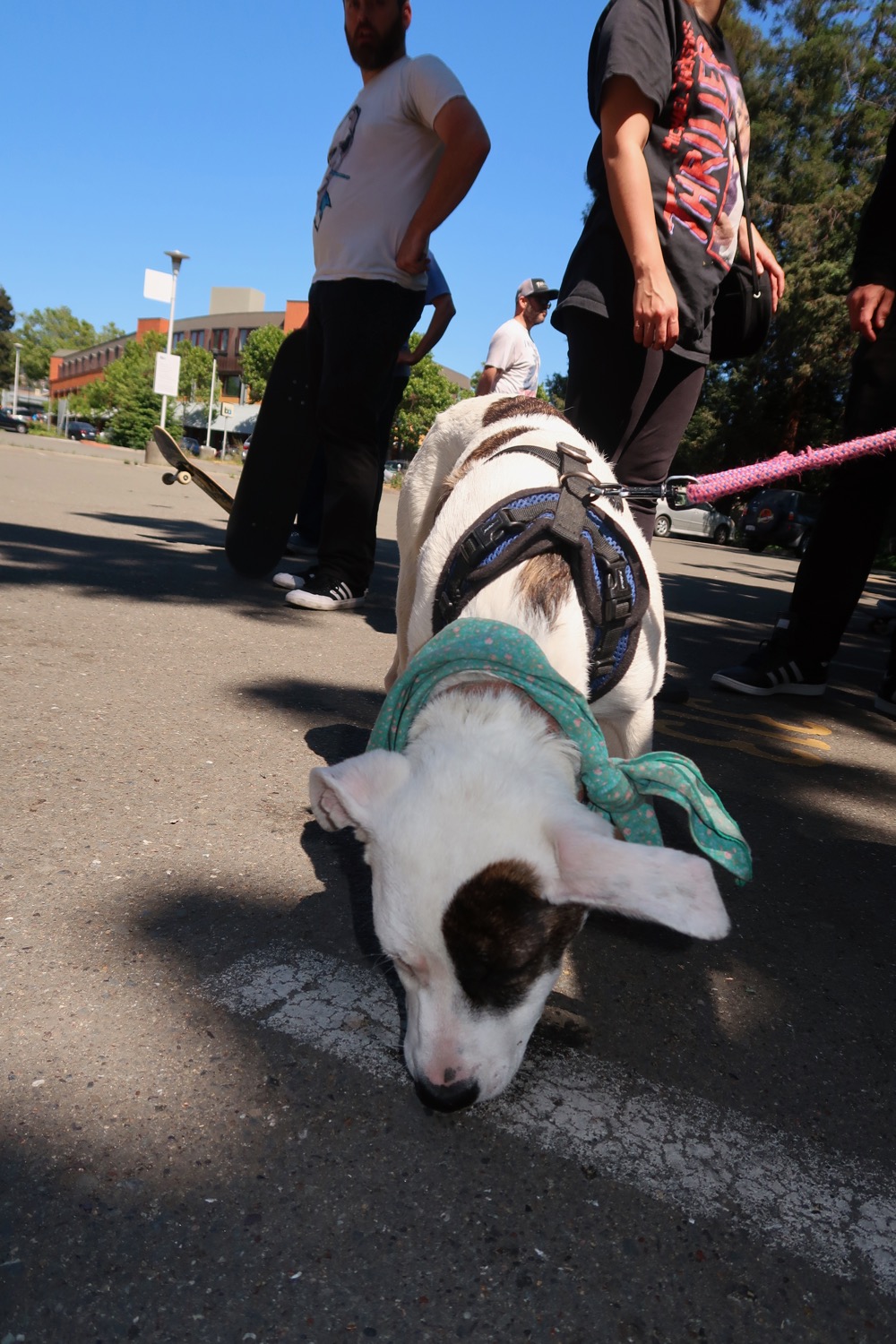 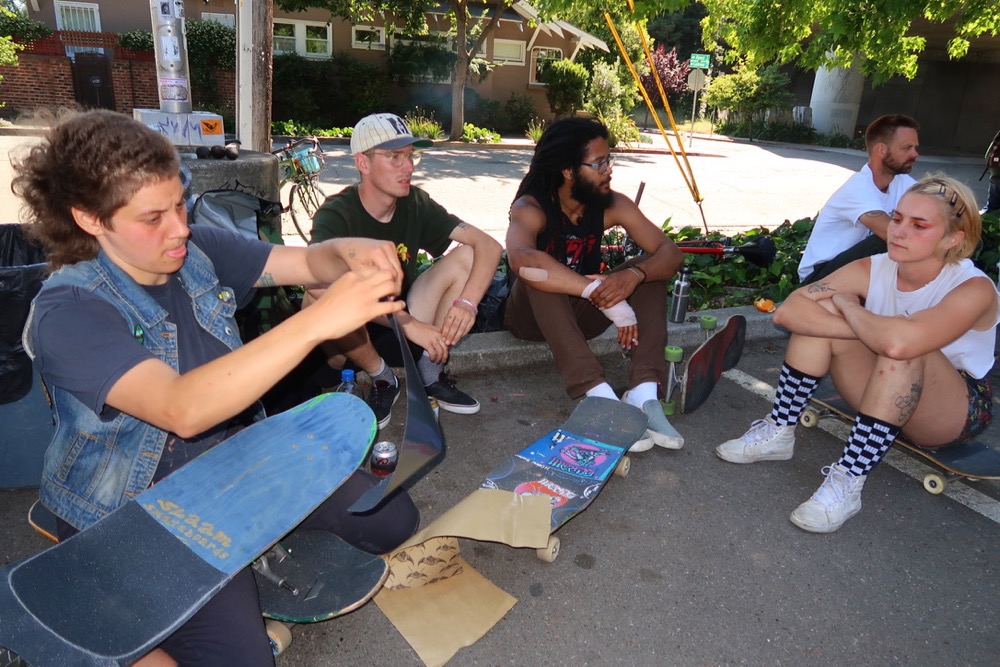 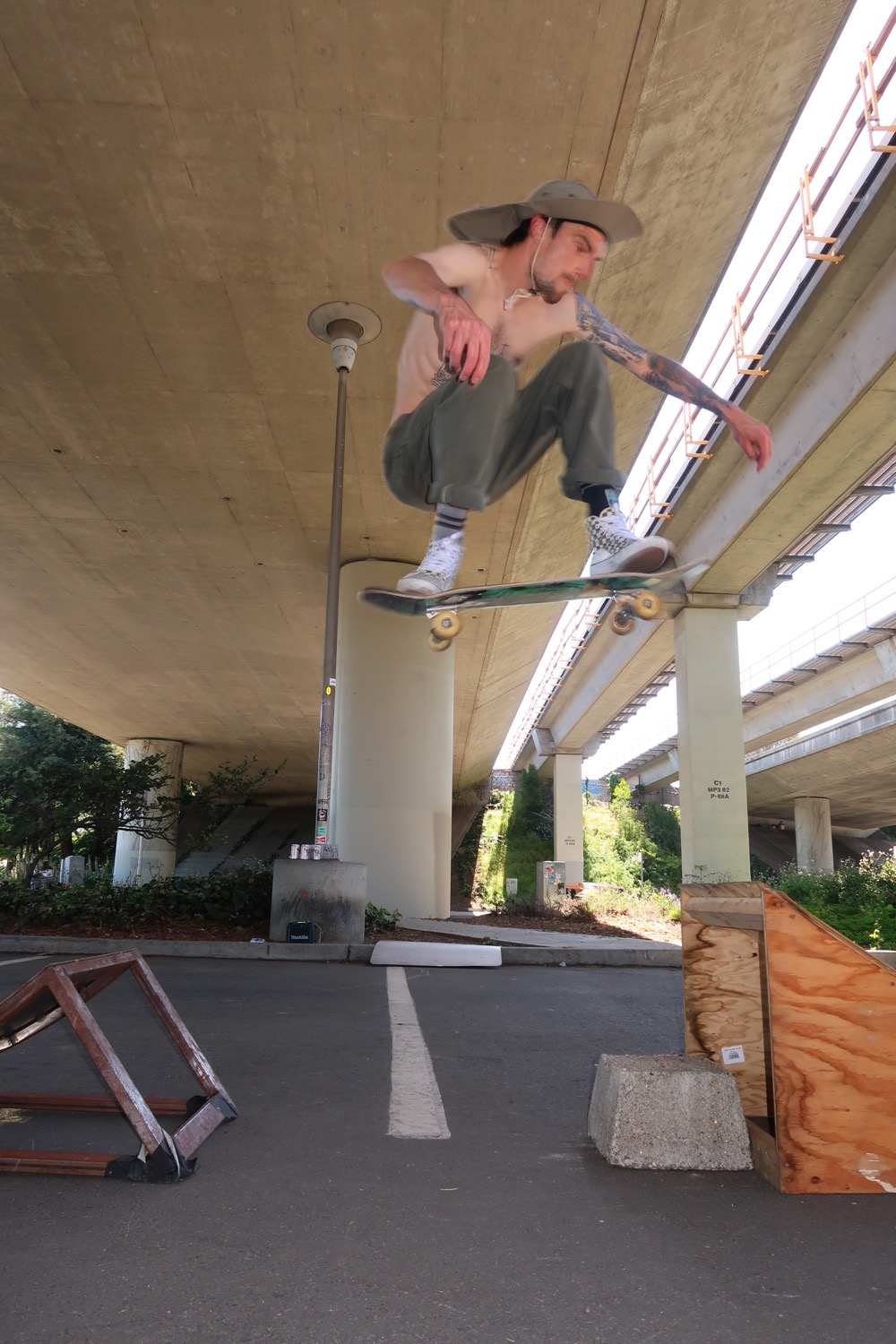 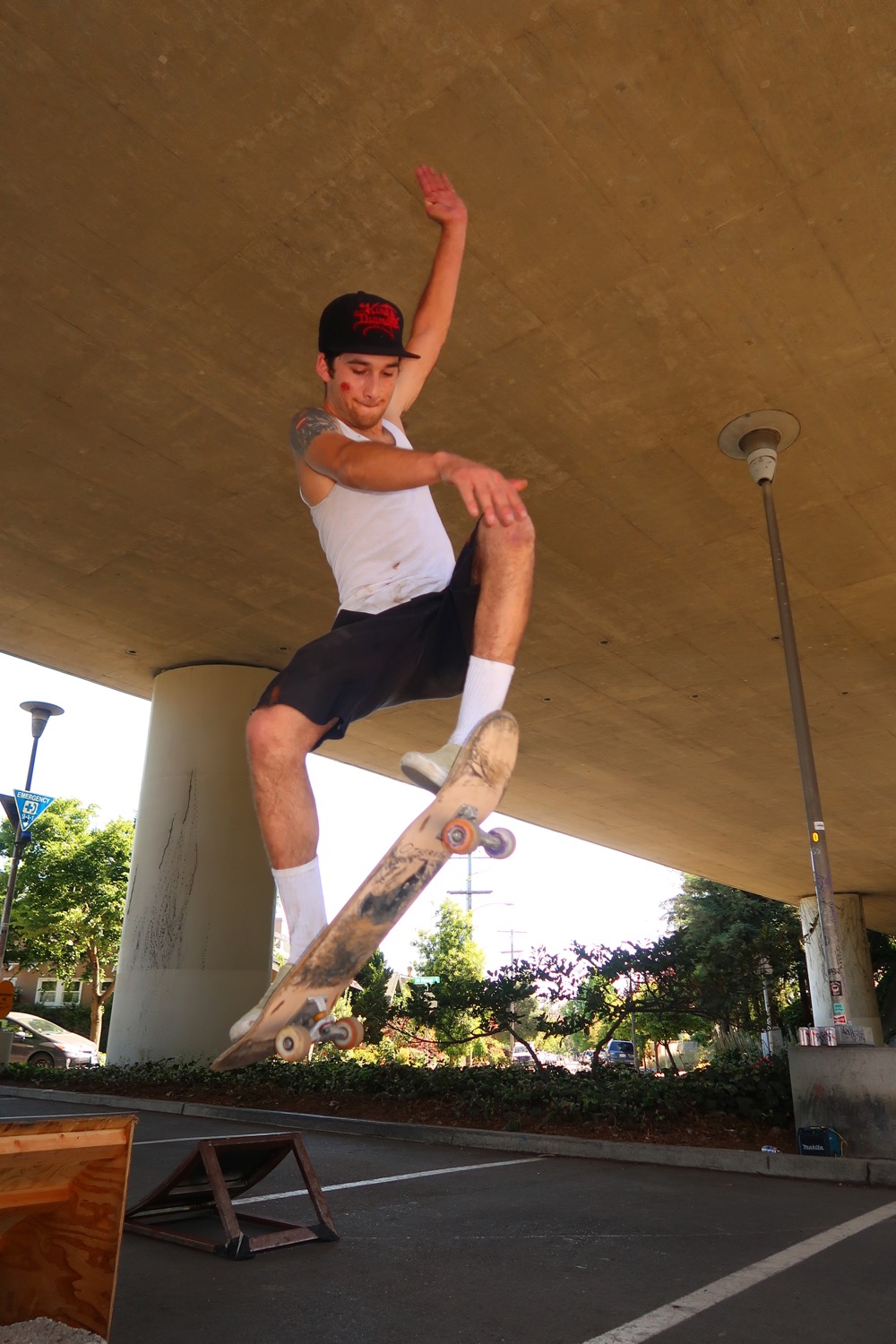 At sundown we loaded up the bags of trash, the recycling, the puppies, and whatever other detritus was left behind and we made our way off into our respective corners for the night, our hearts filled with joy, our bellies with food, and our ears with the unmistakable song of aluminum and concrete.

Though there was ample beer, at least on that day, there wasn’t a sad clown in sight.