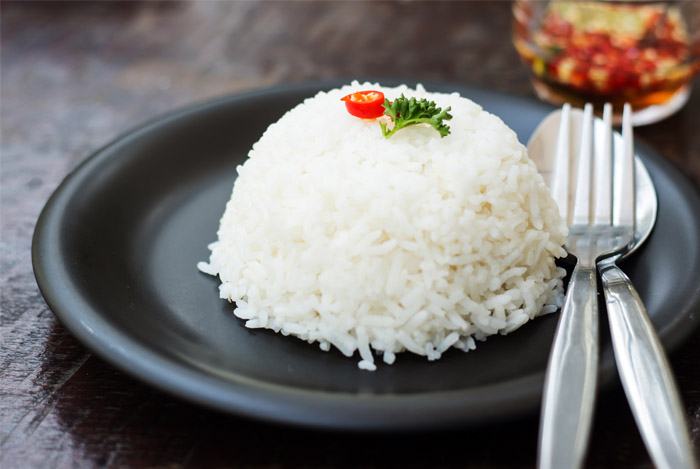 Having had the series of challenges that I have over the last ten months, I’ve had to take a real, hard look at just what the hell I thought it all meant. I don’t want to say that I was taking any kind of spiritual journeys or anything, because I think in order to do that, you actually have to leave your house. But I’ve more or less been forced to assess and reassess my own personal reality, my relationships, my job, and how I move through them all.

I’ll tell you what- It was as if I clobbered myself over my own head the other day when I woke up and decided I’d finally had enough. I’d had enough of what the universe has been serving me, and I was not going to let it knock me down any more pegs than it already had. Before I left for the day on Friday, I told my wife that I was sick and tired of feeling sick and tired, and as I rode downtown to get yet another recent injury addressed by my magic acupuncturist, for the first time in months, truly felt the wind on my face.

I can’t quite explain it, but since August I feel like I’ve been trying to breathe in mud.

Whatever shift occurred on Friday morning began to change all of that, and here is the bananas part of it all. After getting needled, I headed across town to meet up with Griffin for lunch. Because there was no room on the bike rack in front of our chosen eatery, I had to move down a block to the next rack, which happened to be situated in front of a janky little nondescript store front with a dirty neon sign in the even dirtier window advertising the fortune teller who occupied the tiny space.

After lunch I stuck my head in and introduced myself. The old woman sitting at the table (who looked exactly like every fortune teller you’ve ever seen in any movie, television show, or comic book) disappeared into the backroom, and called out for a woman named Monica. Moments later, a lovely, sturdy young woman came out from where the older woman had just disappeared, and we sat down. She asked me to put my hands out, and I’ll be damned, if almost to the letter, she didn’t describe everything I’d just addressed that morning, as well as a series of revelations I’ve confronted over the course of the last few months.

Before she began rattling all of this off, I revealed absolutely nothing of myself aside my first name.

Now of course, I’m the same person who with the assistance of a medium just recently communicated with my dead cat, so depending on your perspective, I either have had my mind blown open to all manner of possibilities, or I’ve completely lost my marbles.

Perhaps it’s a bit of both, but when you’re at the end of your rope, you’ll take any port in a storm.

So suffice (it) to say, change is afoot in a big way. I don’t know what’s coming, but it’s something, and I await it with open arms.

One bit of good fortune that came my way was that after accidentally leaving the brand new pair of Giro Techlace shoes I received in January outside of a laundromat in Monterey, the good people of Giro (Mr. Blacksocks, specifically) found it in their (his) heart(s) to set me up with a replacement pair; 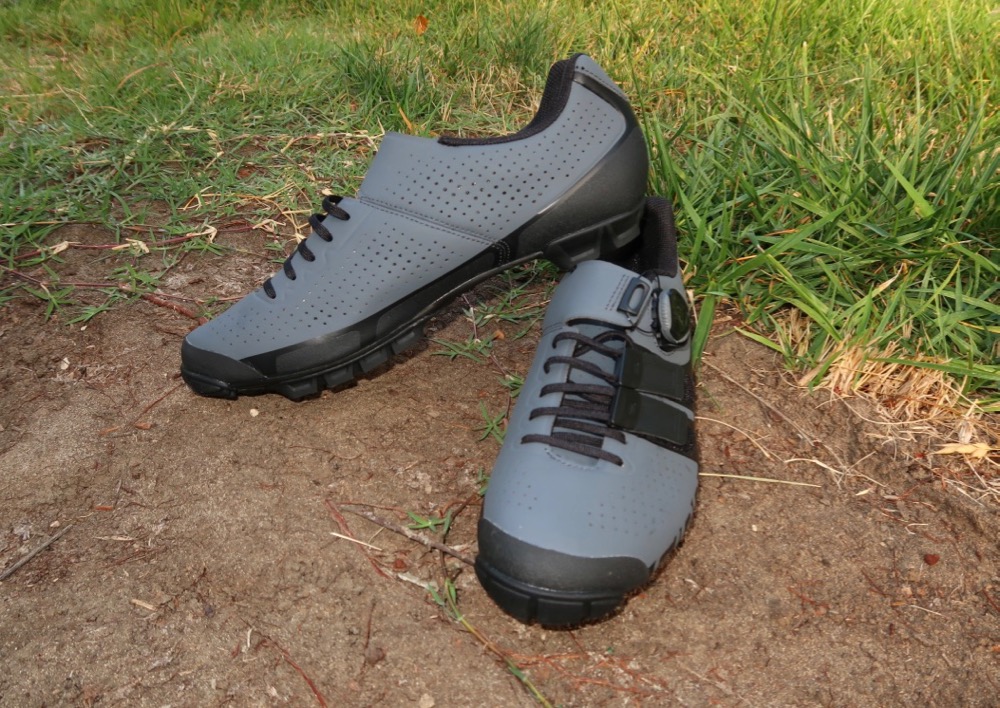 These arrived none too soon, as my five year old Privateers (or were they Codes?) we’re just about fully crapped out; 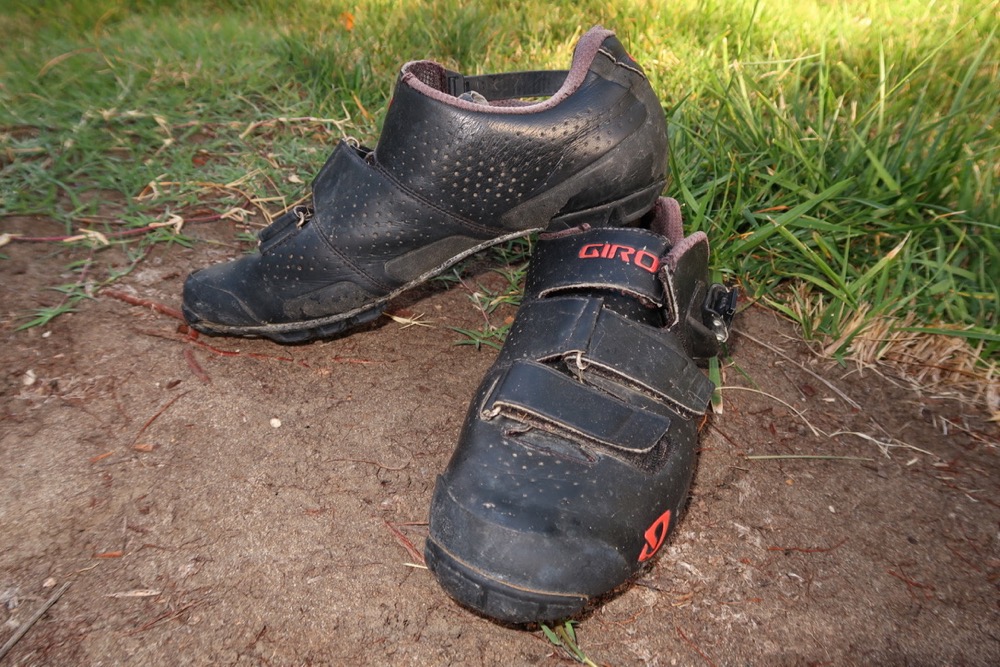 During the two months with my previous set of Giro Techlace shoes, I was enamored. My feet tend to be on the taller side, and the stock laces worked like a champ.

Besides, I don’t think I’m smart enough to swap them out anyway;

Then again, I’ve never ever too good at puzzles.

So as I noted last time, I’m a fan of these shoes. If by chance you happen to be in the market for a set of new bikecycle kicks, you might wanna take a look-see at the Techlace.

Also, I’d like to apologize for the low quality photos but my assistant was spending the shoot being easily distracted; 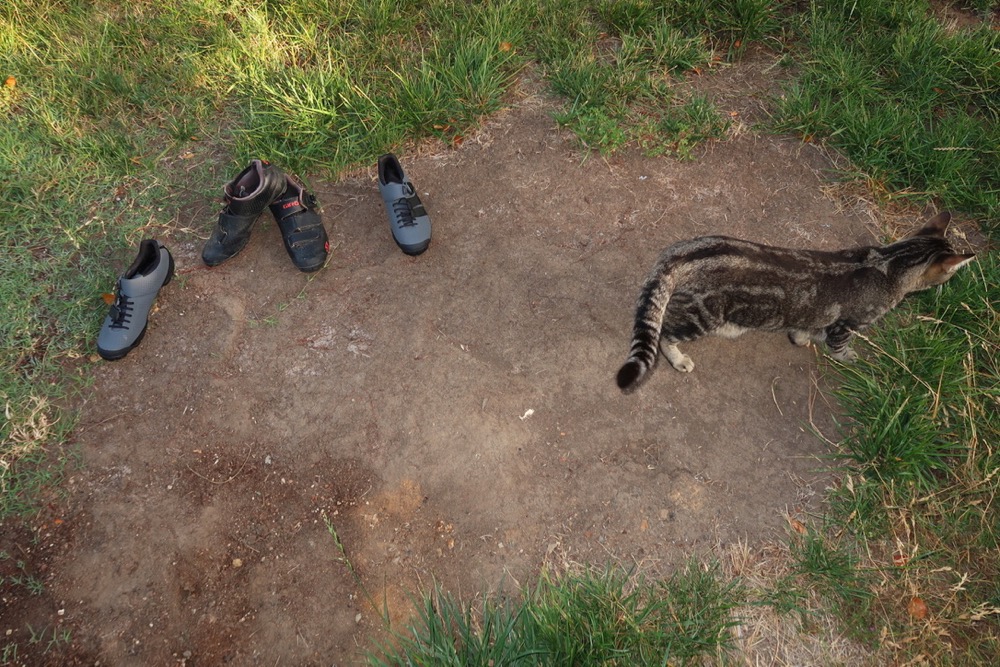 Relating not to animals helping people, but the vice versa, Joe from Soulrun reached out with a bit of saga regarding their own little friend, Summer dog;

The little black dog stuck her nose in a hole, the hole bit back. A rattler got her on the snoot. She’s doing great since our local vet came in at night and gave her some anti-venom; 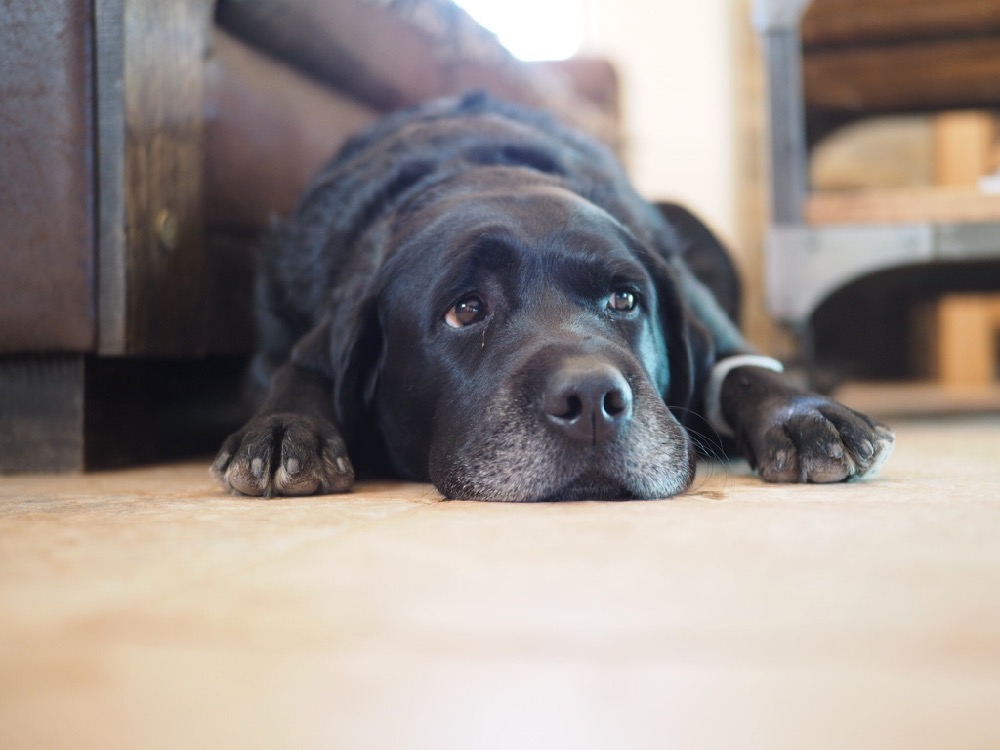 She is now on a heavy dose of ice cream treatment since the doc gave her the all clear; 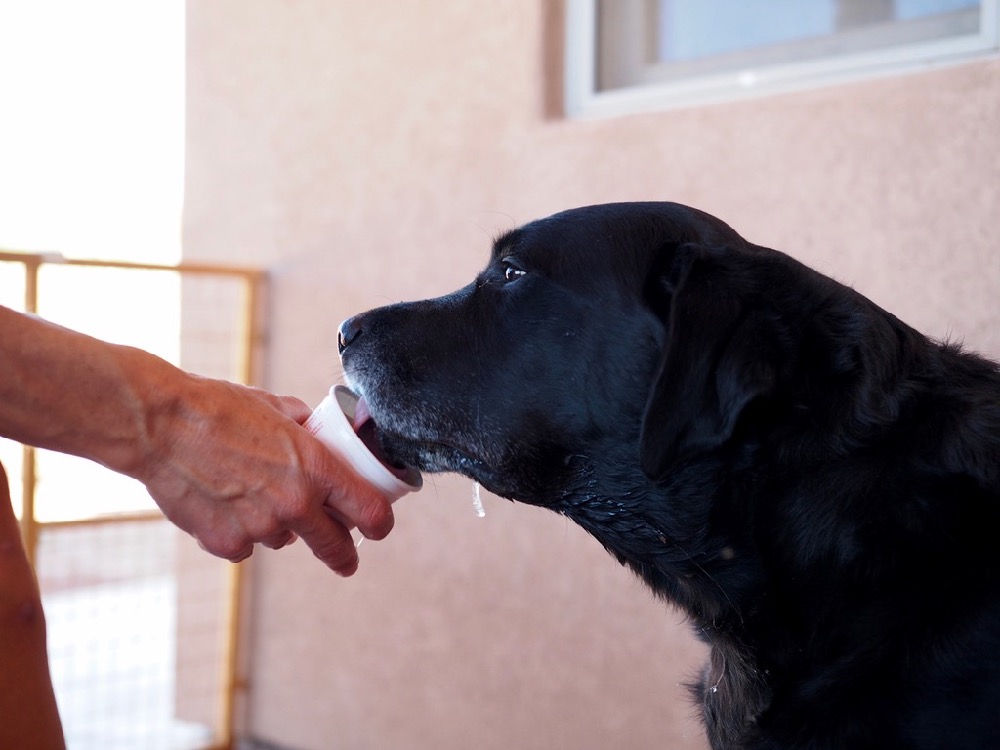 That anti-venom amazing, but it is not cheap, would you mind sharing that we are doing 10% off all dog collars at soulrun.etsy.com using the coupon SNAKE ?

Oh, brother… That breaks my heart. That little lady is one of my favorites in all of Doggingham, and while I’m certainly relieved that she’s going to be ok, I know all too well the complexities of turning yourself inside out financially for your furry pal.

If yours might look handsome in one of Soulrun’s collars, there’s certainly no time like the present to place an order for one.

There’s no guarantee that your pup will look as good as old Zeus here; 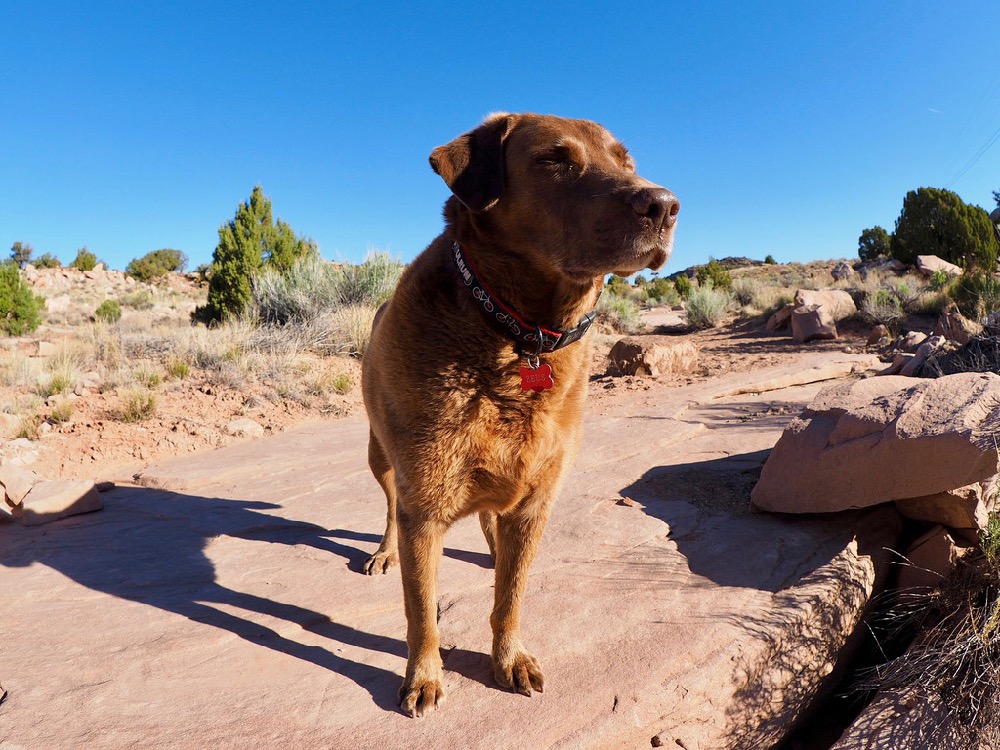 But then again, with dashing gents such as him roaming the earth, perhaps bland is all the rest of us can hope for.

2 Responses to “Back, and blander than ever.”