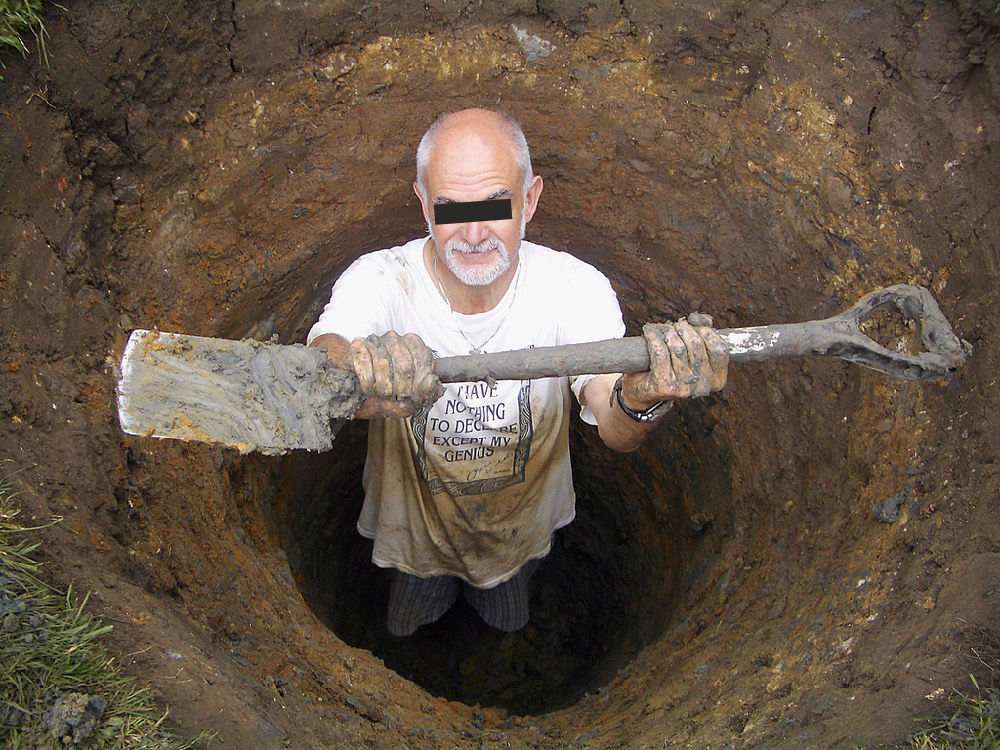 This is what I do. It’s a never ending process of stacking the dominos, and knocking them down, drinking the beer, and peeing it out, or as the opening image describes, digging that hole.

And here we are in the midst of one more day? But today is not just any day, mind you. Today is nearly a week after AHTBM’s ninth birthday. I would have done something special to mark the event, but frankly, I forgot.

But that’s right- Nine years and just a hair over 1,700 posts, and I’m still standing. I’m on broken legs and a hunched back, but I’m not in bed on life support so that’s not nothin’.

So to the advertisers, the readership, the folks who buy stuff from the store, and so on, I thank you for your continued support, for without you, there would be no this.

A timely birthday present came in the form of the following that was recently brought to my attention by Kelsey, which was Pinkbike’s coverage of the recent The Sturdy Dirty enduro and a photo the aforementioned one and only; 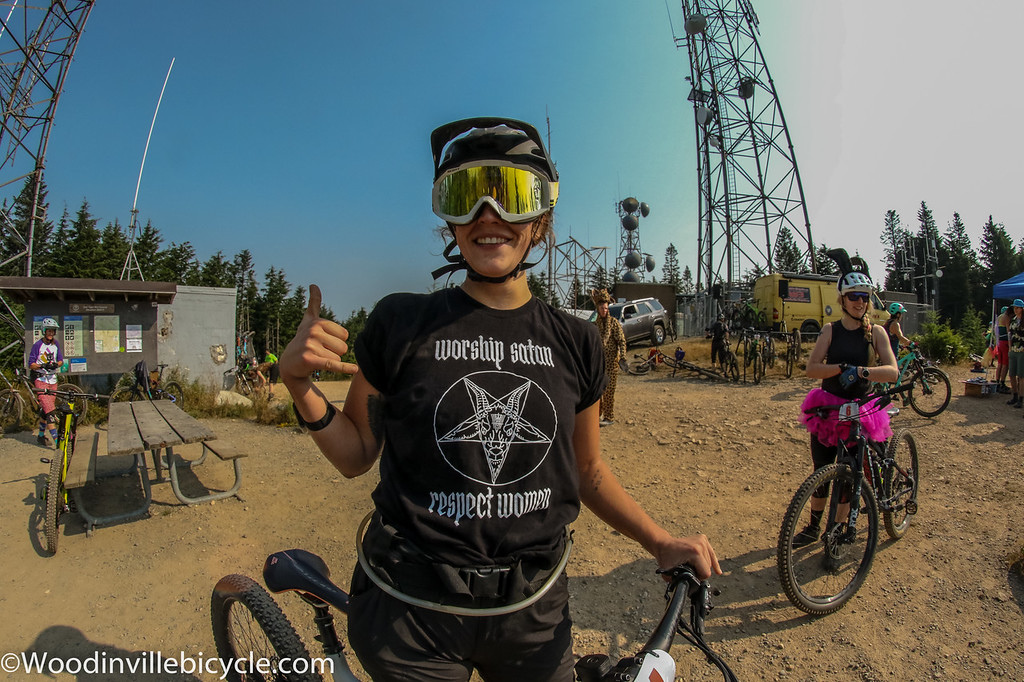 I love everything about this. The only criticism I have is that I think her goggles should be at least 15% bigger.

I appreciate Kelsey and her flag flying, and this image has done inspired me to make a garment that is a little more enduro-ie. I don’t know when, and I don’t know what it’s gonna look like, but I know it’s gonna be good, and will happen eventually, almost definately.

In other business-ie types of news, CD from Chrome Industries reached out to me with some goings on in their camp, as well as one small, albeit wholly unsettling footnote;

Go back a year and you’d find me terrified to be thinking about how to talk with the skating community about Chrome. But, as you well know, everyone’s pretty cool and folks have been great to work with. Speaking of, here’s what were up to in NYC with our friends at SHUT. If it moves you to mention, I’d appreciate it.

We’ll have a bag we’re doing with them and I should have images to share at some point this week.

I’m in Richmond this week having a fucking ball. I like this town a lot. I’d give a lot to have some of my friends here, like you, for a bit of hanging out, riding around, and soaking up the humidity. Bird scooters dropped here this week, just rode one this morning. Hah! I like everything about that except for the scooter part.

I loathe those things, and I’ll tell you why. The owners of these companies foisted them on cities without any regulation or idea of their impact on the existing infrastructure. They don’t give a single rat’s ass about alternative transportation or lessening the role of cars in urban areas. They were never engaged in any meeting regarding bike or pedestrian access and just simply barfed them into every corner or a number of metropolitan cities with a “we’ll figure it out as we go” attitude. Moreover, I don’t particular care for the tech bro perspective they have in regard with simply ignoring the fact that bicycle coalitions nation wide have been working diligently for decades in order to carve out even minimal space for cyclists.

“They’re better than more cars in the street” proponents will cry. We can revisit this conversation after you get wiped out in the bike lane by a mob of clueless yuppies/yoga moms/flat billed and spangly jeans wearing knuckledraggers/etc. heading the wrong way in traffic. The bright side is my shoulder/messenger bag checking skills have never been so honed.

If it’s gonna come down to me getting forced into the door zone, or pushed into the path of an oblivious bus driver who is about to overtake me on my left, you can bet you’re gonna end up losing that particular game of chicken.

Chances are better than good that the founders of these companies will sell at the first reasonable opportunity, pay back their investors, and flounce off to pollute common space with some other ill-conceived idea.

They’re basically just pulling their pants down and farting on the heads of the rest of us because they assume they’ve solved a problem that didn’t exist, without regard for any effort that occurred before they even came on the scene.

I for one applaud cities like Santa Monica, Milwaukee, and others who’ve banned them. The sooner they all get recycled in the scrapyard, the better; In other news of inventions that didn’t need to exist, behold the Shoal;

Congratulations on inventing a lifeboat.

To be fair, because I like both solitude and cool forts, I’d probably give it a shot to see what it was like, but I’d sooner throw $1,499 in the fire than buy one.

For approximately $1,443 less than what you’d pay for a raftent (that’s what I woulda called it), you can be the last one on your block to get the BLK PRJKT/AHTBM skateboard deck; 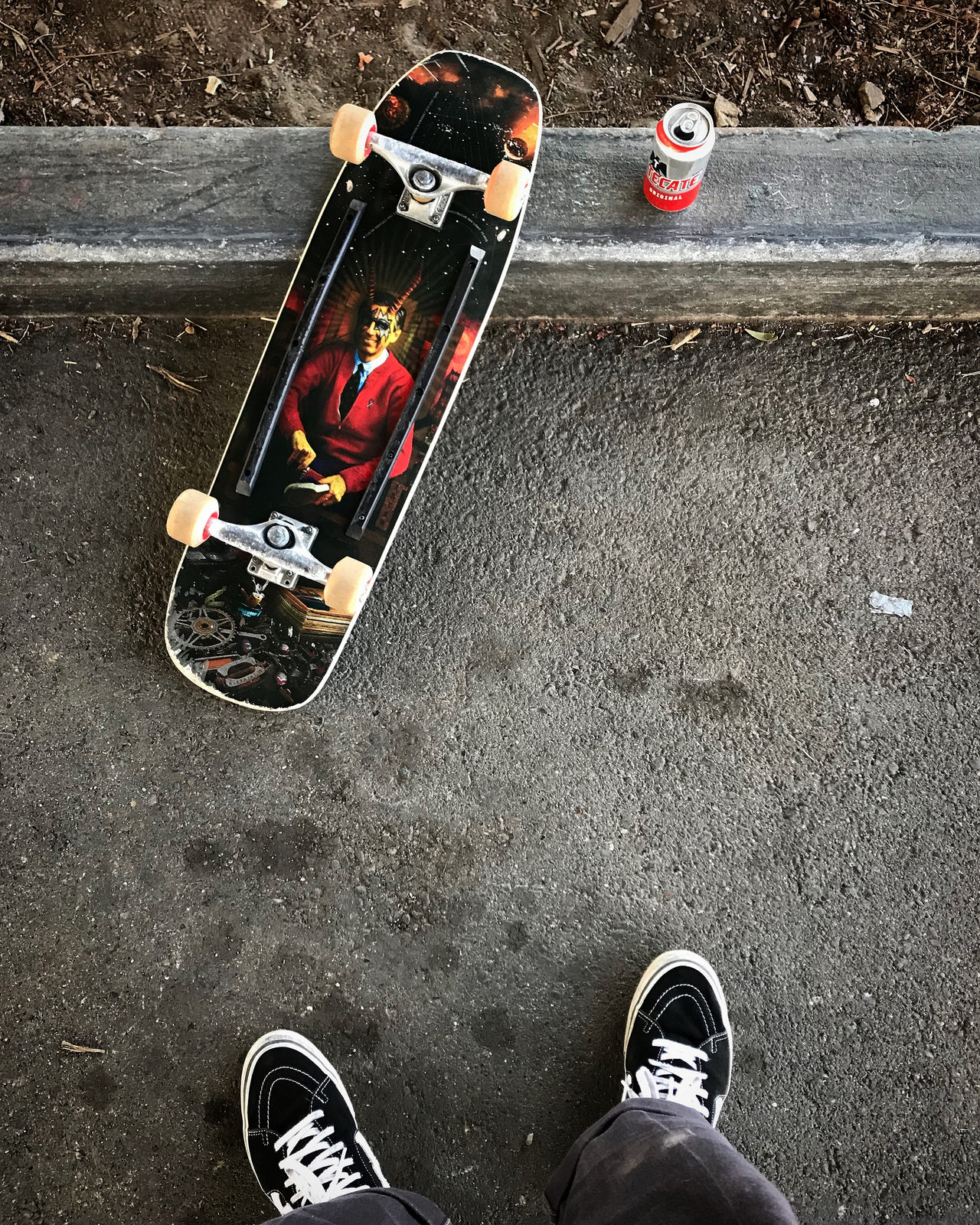 I looked over inventory last evening and realized I had way fewer than I thought I had. I pulled a couple for myself, another to send to the artist who was responsible for the graphic, and one for my wall.

That left me with one single solitary deck. If you’d like it for yourself, get cracking.

If not, then continue to sit on your hands, and the sun will probably rise tomorrow.

Lastly, and while we’re on the topic of skateboard things, it was just last weekend that Ms. Lizzie Armanto became the first woman in history to do a full loop;
https://www.youtube.com/watch?v=7KJ4x3ffg5k
This was at the tail end of a day’s festivities and but a committed few lurked around until the circus was packed up, which would explain why almost no one was there to witness history; 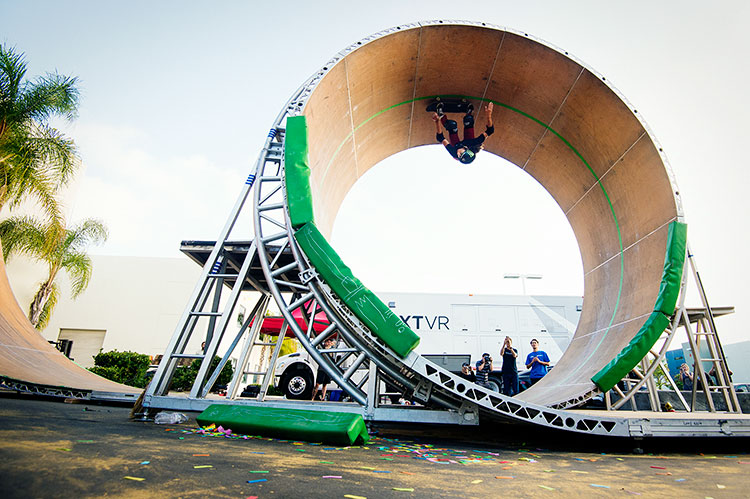 The way that I see it is that it was their loss. The most sincere congratulations to her, and to the folks who bailed before getting the chance to witness greatness in real time- sucks to be you.

That’s a crappy hole not even I could have dug.

9 Responses to “Digging a hole and filling it up again.”