Let’s start today off with a deep breath and a good, long, vibrate-ie ‘ooooohhhhmmmmmmmm‘.

And I realize I’ve used the opening image at some point in the last nine years, but I like it so much, I’m gonna use it again.

Why wouldn’t I? I realize the internet is jam packed full of fodder that I can utilize, and there really isn’t a need to circle back around on the same stuff more than once, but as the captain of this sinking ship, it is my will, so let it be done.

Besides, just look at her. More often than not, I feel as though I can relate to her everything.

In some very big news not at all relating to door stoppers, or meditation, I have some reasonably substantial news that I relayed via the Instantgrahams recently regarding my new moto jersey that got some nimrod’s panties in all kinds of a bunch; 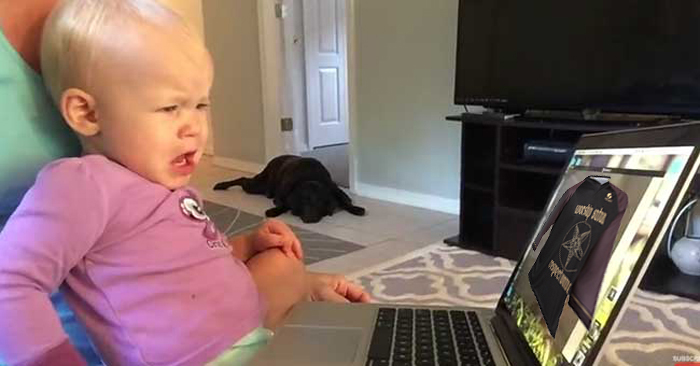 For those not up to speed on the saga, you can catch up on the back end of the story here. The short version is I made a jersey with Voler Clothing, someone got upset, wrote them a complain-ie email, resulting in them contacted me, and declaring that because of said email, they were going to take the item in question off of their site at the end of this month.

After slapping my own head so hard I actually got brain damage, I was finally able to have a chat with the VP on Friday, and we’ve found a happy resolution to the conundrum, where I’ll be housing the jersey on my site, and will simply forward the orders to them for manufacture and shipping. This way I get a greater percentage of the cut, we can maintain uninterrupted production, and cry babies won’t get their widdle feewings hurt by the scary shirt.

Now, I get what a bunch of people have expressed about Voler not having a backbone on this matter, but to be fair, I can’t argue with how they choose to run their business, and ultimately we found a solution. What does bother me is what kind of precedent this sets. For example, they are stanch supporters of a number of gay/lesbian/trans organizations, and actually just made the Sparkle Pony trans awareness kits.

If they’re ok taking my jersey down because someone lodged a complaint, what if my religion believes that promoting a transgender lifestyle is sinful. Or even more asinine, but not all that unreasonable, that because alcohol is the foundation of all wickedness, I’m offended by their association with breweries. Do I demand they take those down? Are they obligated to?

I don’t sweat Voler for their decision regarding my piece, but I can’t help but wonder where it will end, or what their perimeters are regarding bending to their customer’s wishes. I certainly don’t envy their position, I’m happy that we could find a route that is satisfying to us both, and I appreciate their patience with what I’ve come to learn was a barrage of emails from this very readership in support of the mean old shirt.

The bottom line is we came out on top. Despite the letter writing creep’s best efforts, they’re still available, and going forward, there isn’t a goddamned thing the offended parties can do about it.

So hey- Did any of yinzers watch the National Cyclocrossing competition out there in Louisville this weekend? I watched a second of the men’s U23 before I got bored, and went outside to play. Of course for me, the big show is always the elite women’s race.

After eating an entire bag of popcorn on the sofa, I then adjourned to my office to catch the action. If you didn’t watch it, and are waiting for the race to be released on video tape next year, then allow me to first say ‘spoiler alert’, and then offer Ms. Katheine Compton a heart felt congratulations on her one billionth National’s title, with nary a contender in sight; 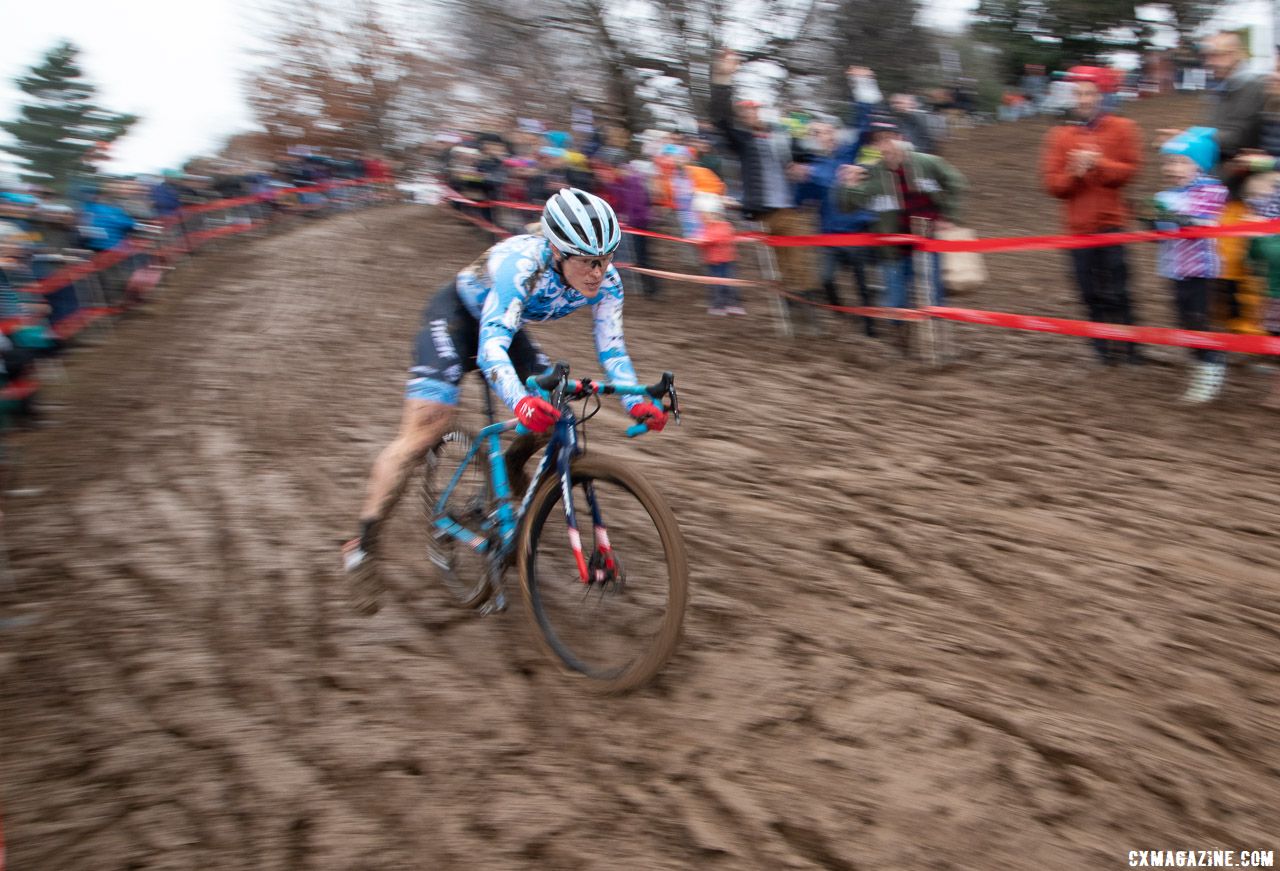 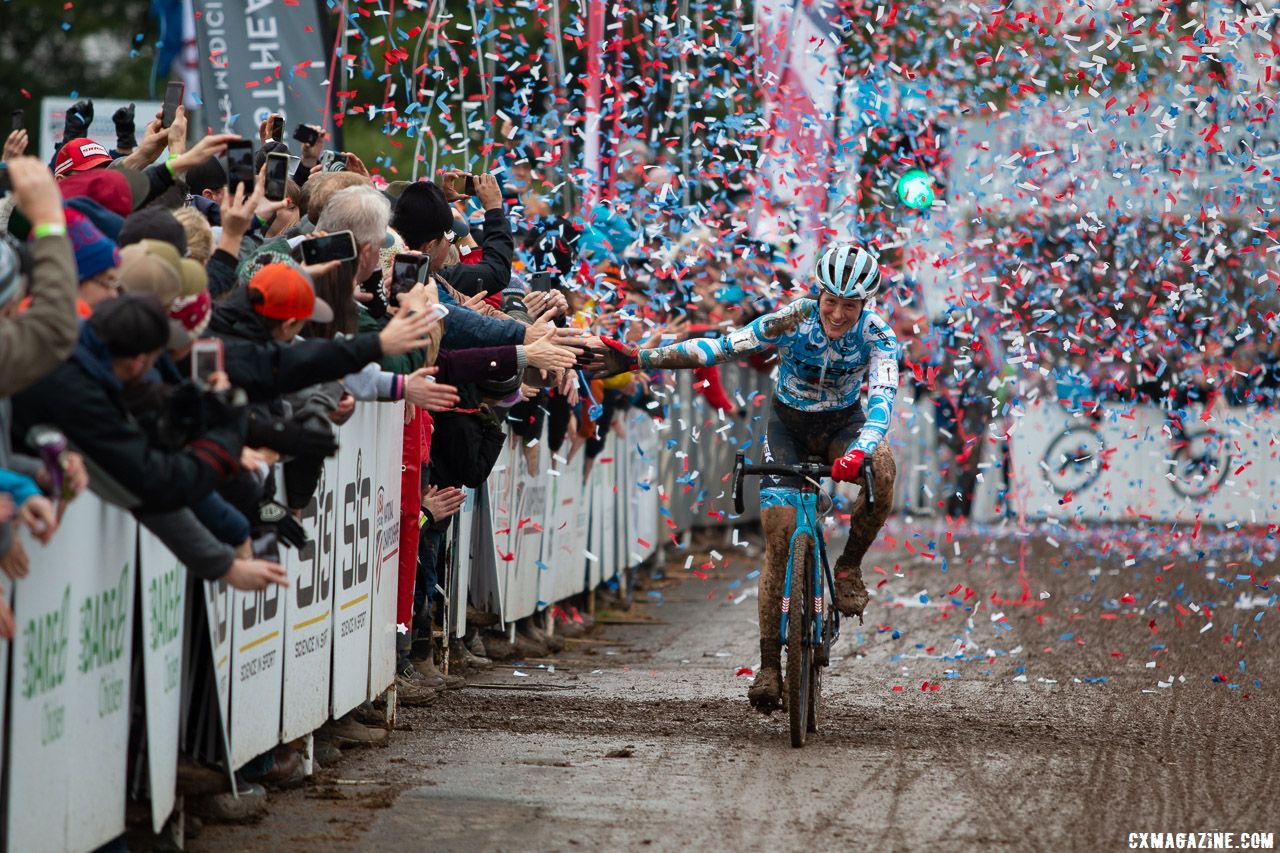 Photos by A. Yee/CX Magazine.

So to all of the folks who braved the Louisville slop, congratulations, and my condolences for your drivetrains.

Next year Nationals are headed to Seattle, and with Hodala in the mix, you know its going to be an absolute shitshow. Why, there’s even talk of re-establishing Underbike there for absolutely no reason whatsoever.

As somebody somewhere once said probably, time will tell.

In closing I would like to share some words I stumbled across a few days ago which though are written from a skateboarder’s perspective, can easily be applied to any environment in which we occupy, and care for;

Laying claim to a curb, occupying a neglected part of a city, and having an important place not made for skateboarding is the most fundamentally radical thing about what we do.

I don’t really know if kids who have grown up filming themselves at a skatepark really understand that feeling of localizing a curb, or a ledge, a plaza downtown, or an entire part of a city.

What you do on a skateboard matters just as much as where you do it. 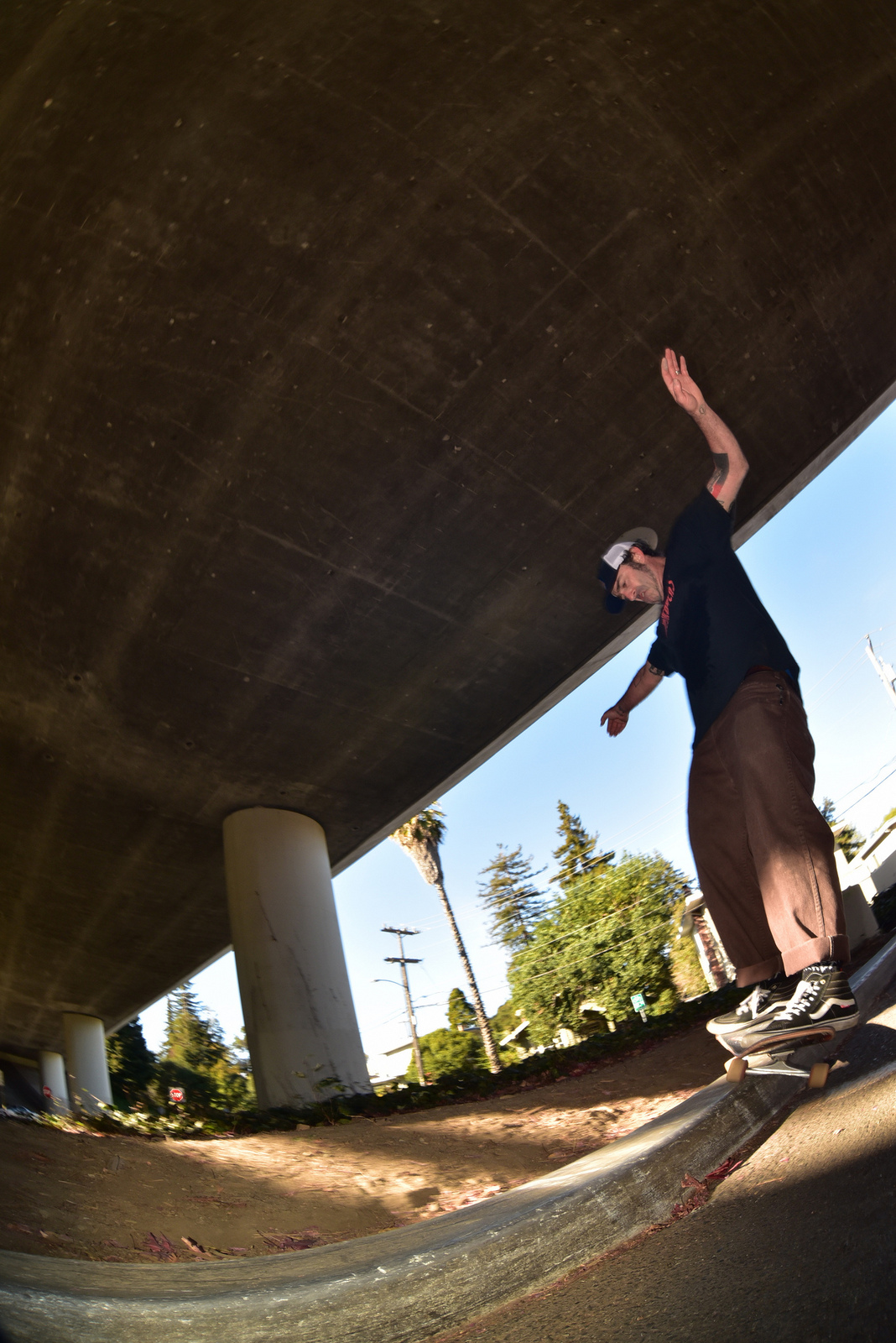 Now think about this. Think about assuming stewardship for a place that you love and spend time at. It’s like your private club house; 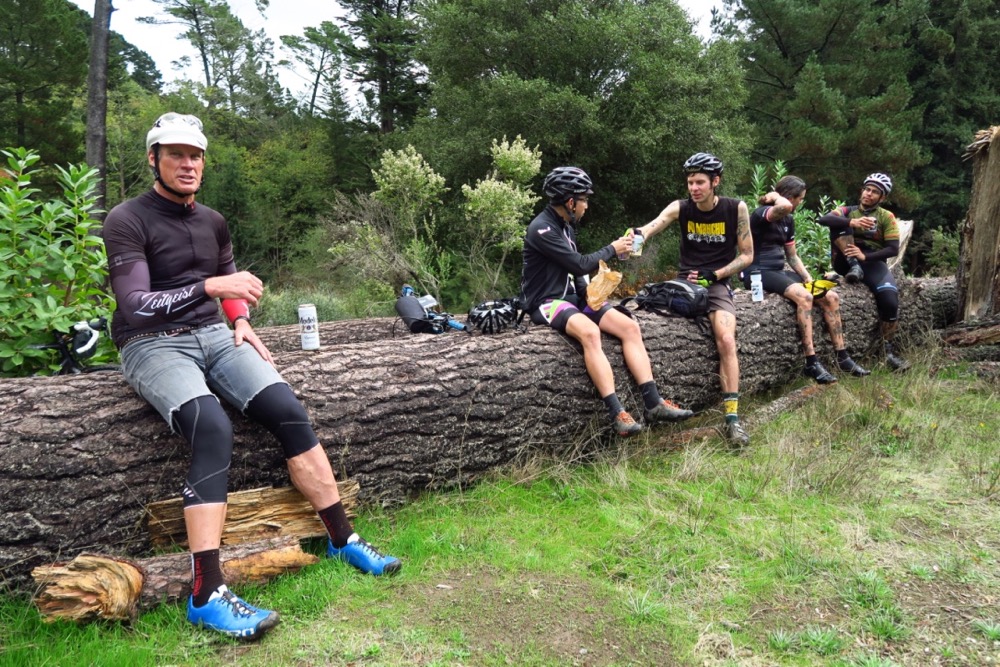 Apply this perspective to maintaining your local trails, or at the very least, helping to keep a positive relationship between cyclists and other trail users; 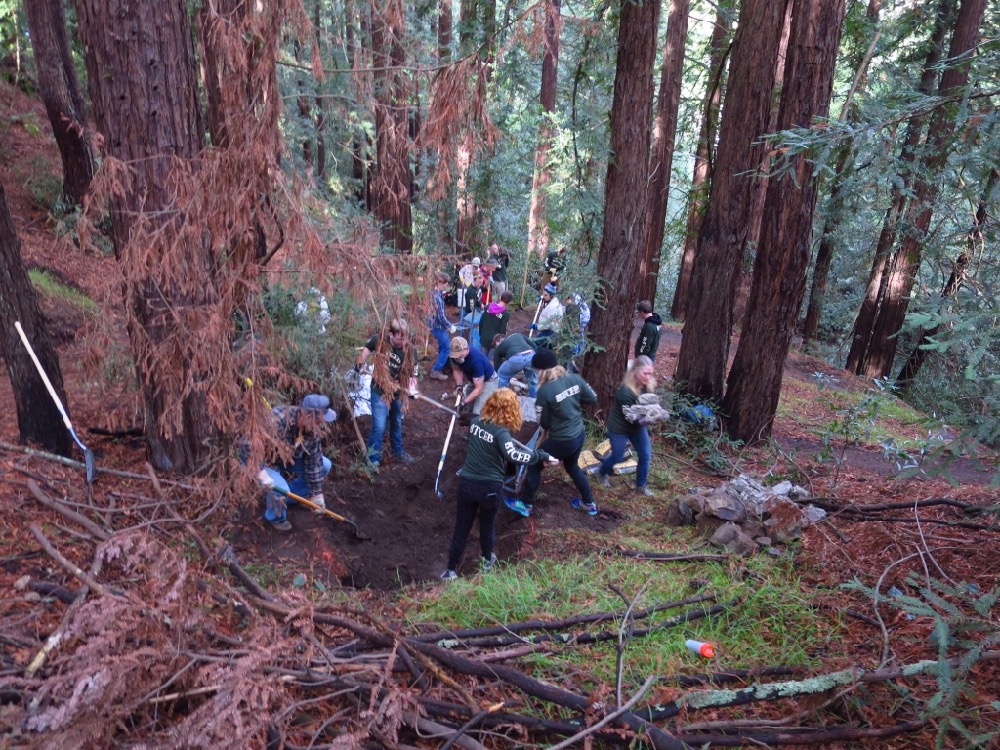 The places we occupy aren’t disposable. They might not be the center of the universe for everyone who happens through them, but they are to us, and that’s why we devote so much energy to them.

They are ours, and in turn, we are theirs.

This is a really special concept to me and one that I feel those words summed up quite nicely.

Even if your special place happens to be on the floor twiddling with a door stopper.