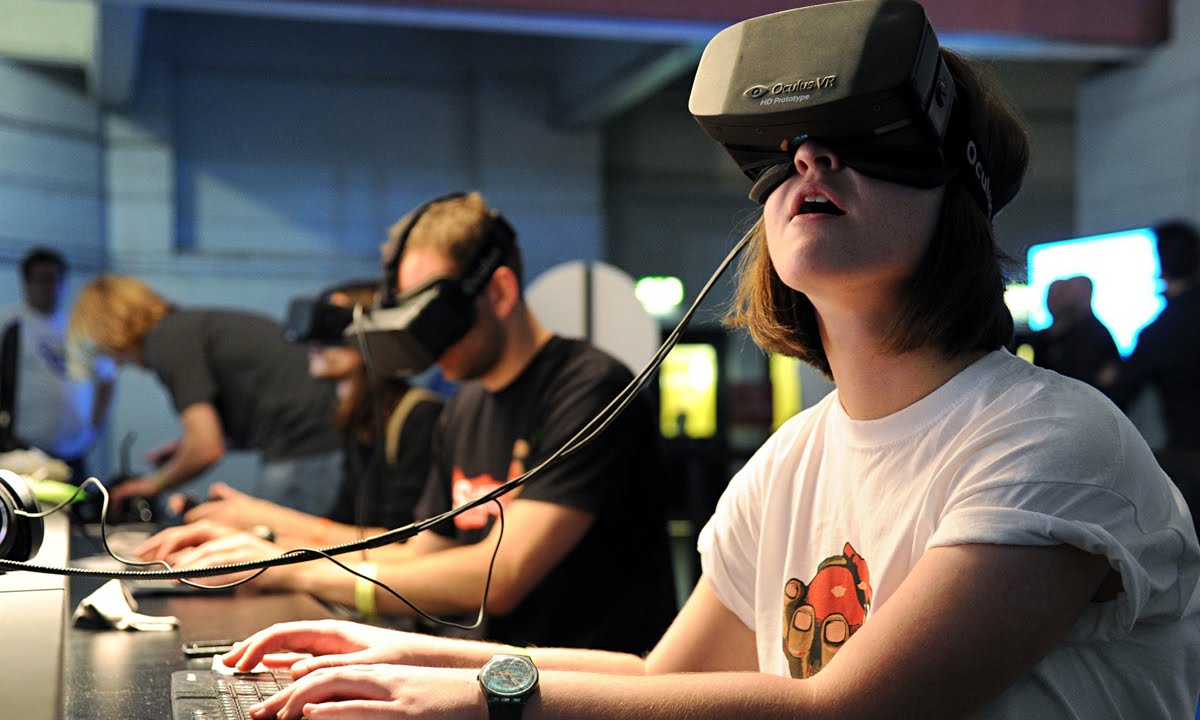 Perhaps ‘happy’ is overstating things, but manageable at least.

I don’t know about you, but now that I’ve violently vomited up all of my most closely guarded mania here on the site over the last two weeks, I’m really for a break. As far as the recent discussion goes, I’m certainly not out of the woods yet, but my fingers are crossed that I’m at least headed that way.

Until I find that I’m not, we’ll kick off this week’s post with a return to our standard fare, starting with a worm for your ear holes.

So did you know that besides being a purveyor of the banal, a couple of years ago I also happened to dip my toes in the thankless world of music production? The not so short version is about twelve or thirteen years ago I became friends with some people in a band called Who Rides The Tiger. So enamored with their particular sound was I, I decided that it needed to be put to wax; 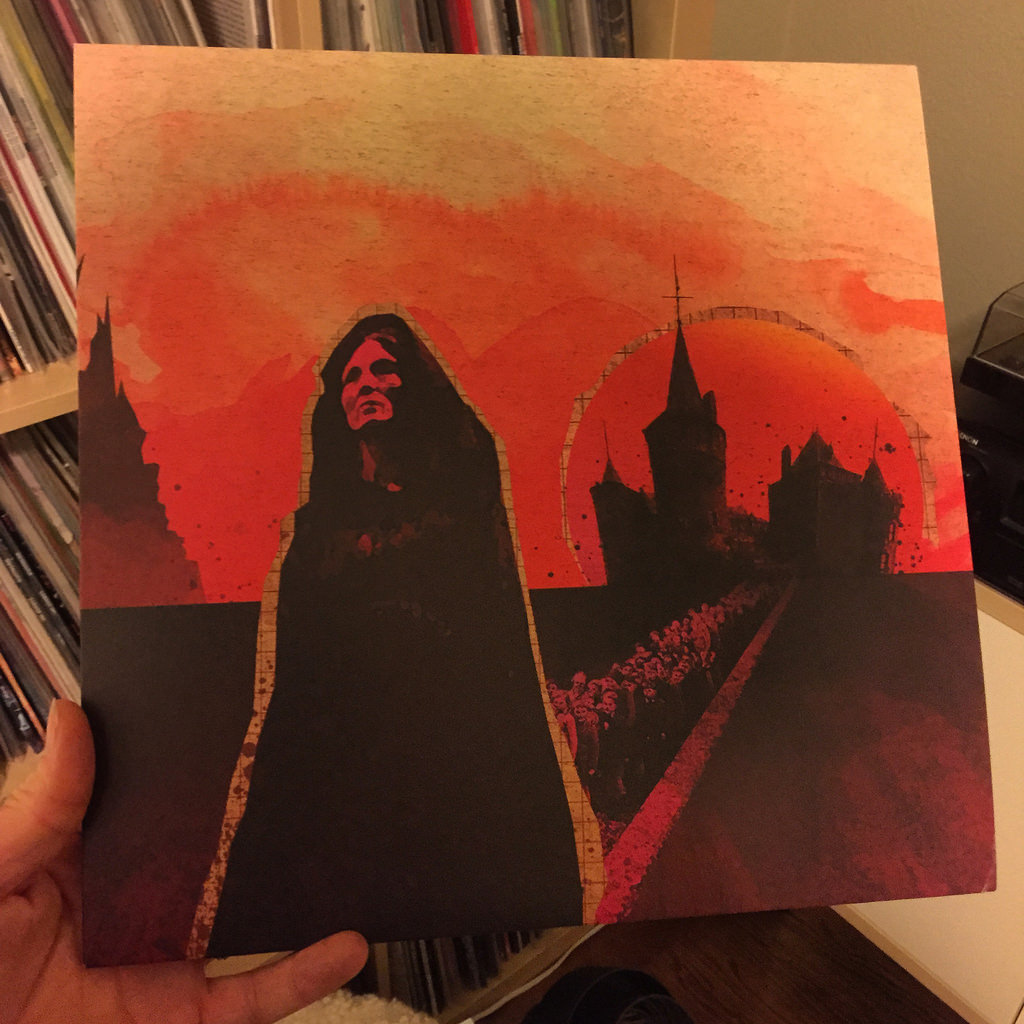 While the record still stands as one of my favorite things ever in the history of favorite things, what I most appreciate about developing a relationship with the band was learning about who they were as people. One of said things I found to be noteworthy is that WRTT vocalist Bill’s daughter is a mighty talent in her own right.

Some months ago, Bill sent me an audio file of her performing a song he’d written for her, but recently he shot me the video they’d done as well;

It wasn’t until I watched this on a bigger screen that I realized all of Who Rides The Tiger is actually holding down positions in the backup band; 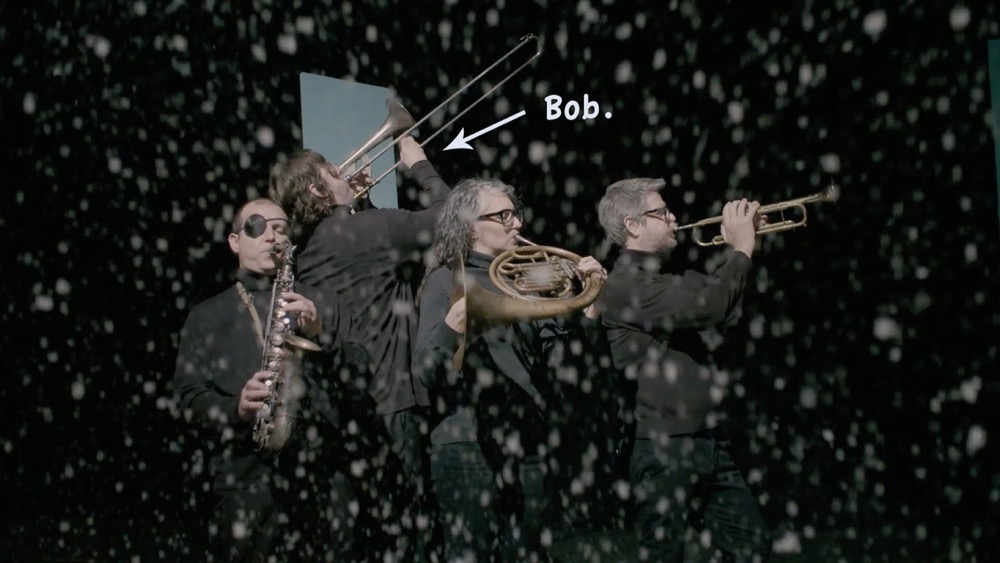 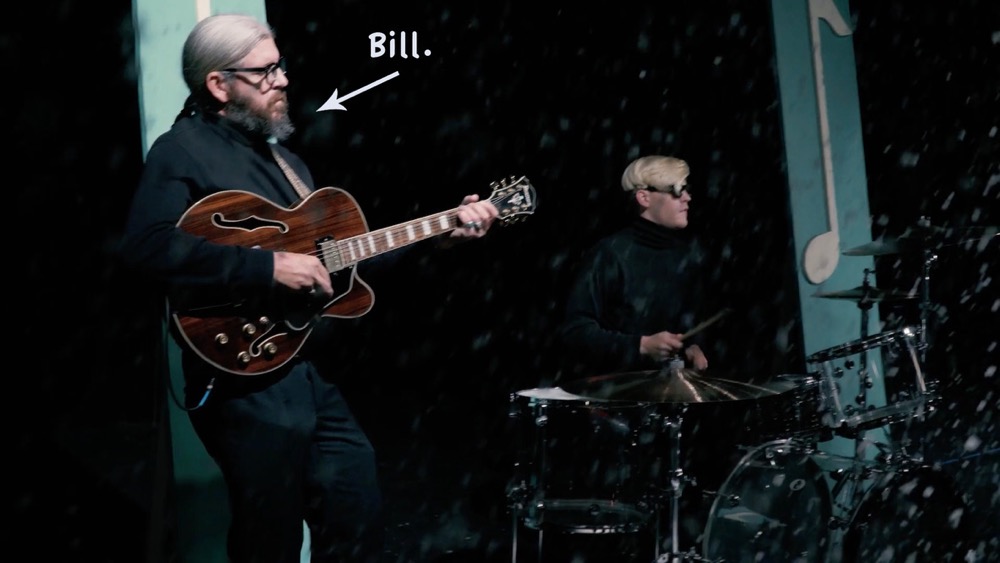 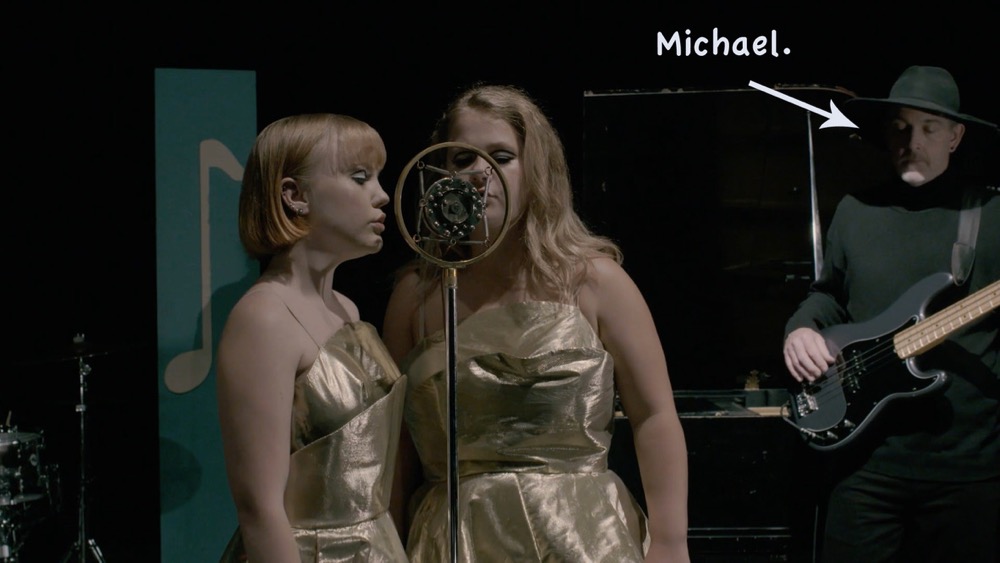 I love keeping in the family, and I was happy to see the video, and iTunes file finally come to completion.

I hear there’s more coming down the pipe from her this summer, so if you are partial to the stylings of the young songstress, as the news lands, I’ll happily push it here.

Moving on to other mightily important items that have crossed my radar since I’ve been attempting to recollect my sanity, it would seem as though archeologists have recently discovered some 2,000 year old dong graffiti; 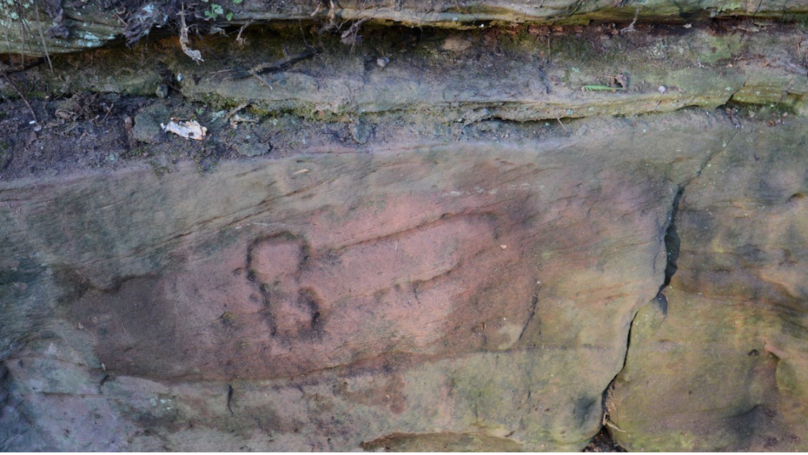 Why it is I happened to be the person who came to mind for people to repeatedly send that piece to I suppose shall forever remain a mystery.

As long as we’re on the topic pf being developmentally arrested, specifically for any folks who might have developed an interest in tiny trucks these last many months, Ben from Sock Guy (who also happens to be way down that particular rabbit hole) sent me a link for the Scale Builders Guild video channel which has piles and piles of cool information, and is even hosted by a person who (unlike apparently every channel on YouTube) isn’t completely intolerable.

Anyway, though just about everything he does is way above my skillset, as well as tax bracket, he did inspire me to at least finish modding the bed for my ’66 Chevy; 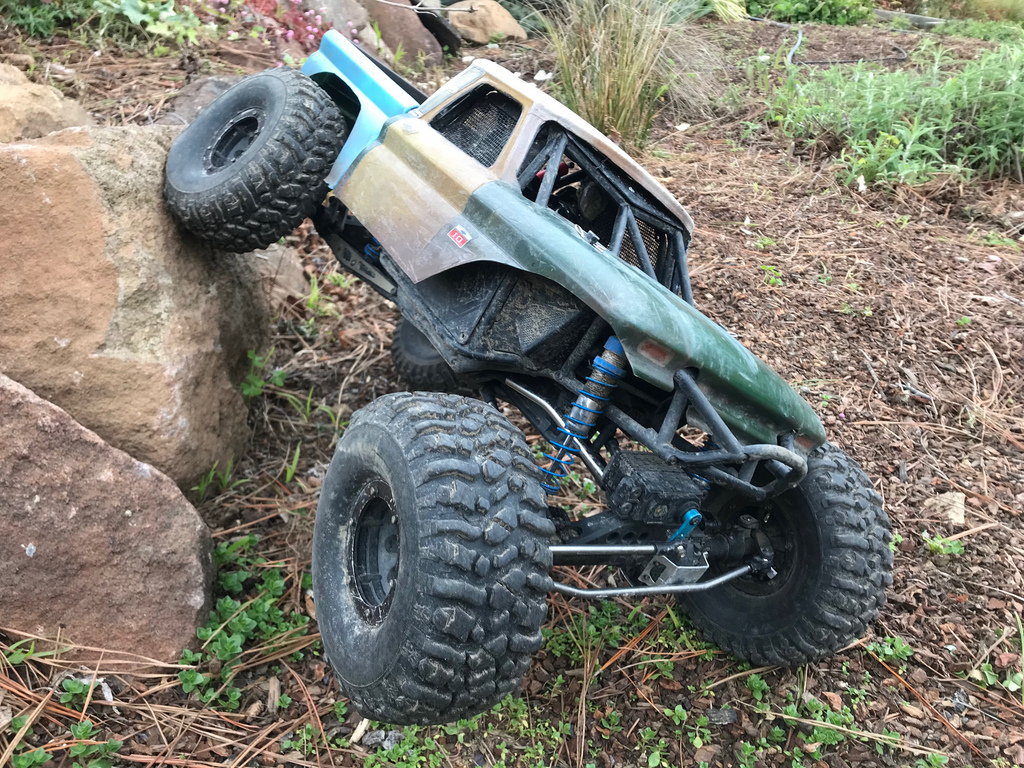 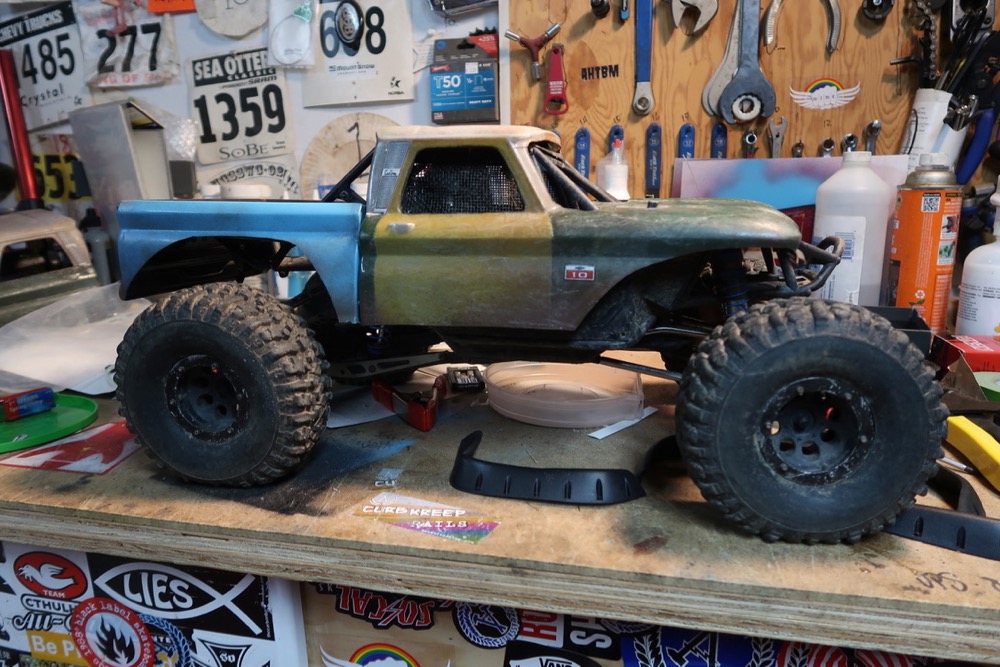 I have some fenders which I’m not yet sure how to affix; 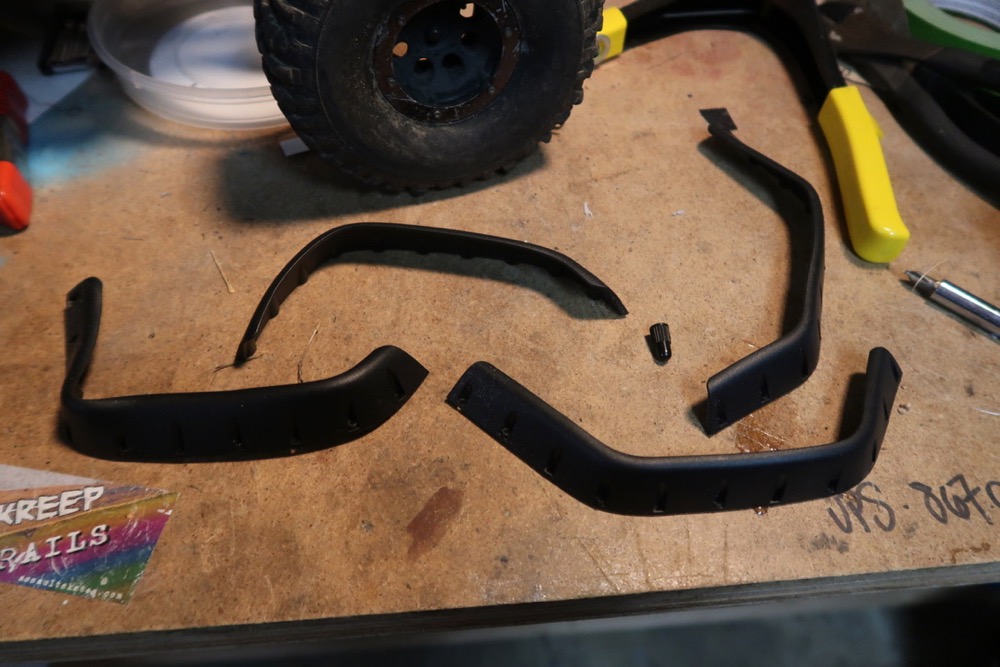 -and a bunch of super cool stickers that Scott made for me, that he originally used for his Nerd Off submission; Which I plan on putting on a body I’ve yet to paint, and isn’t barely hanging together from repeated tumbles off of various rock piles.

One of these days, this beaut if gonna be dialed in just right, just in time for me to lose interest and get into chasing Pokemons or whatever.

Lastly, I’ll include a bit regarding this past weekend’s brake check during the roll out of the Kuurne-Brussels-Kuurne junior race; 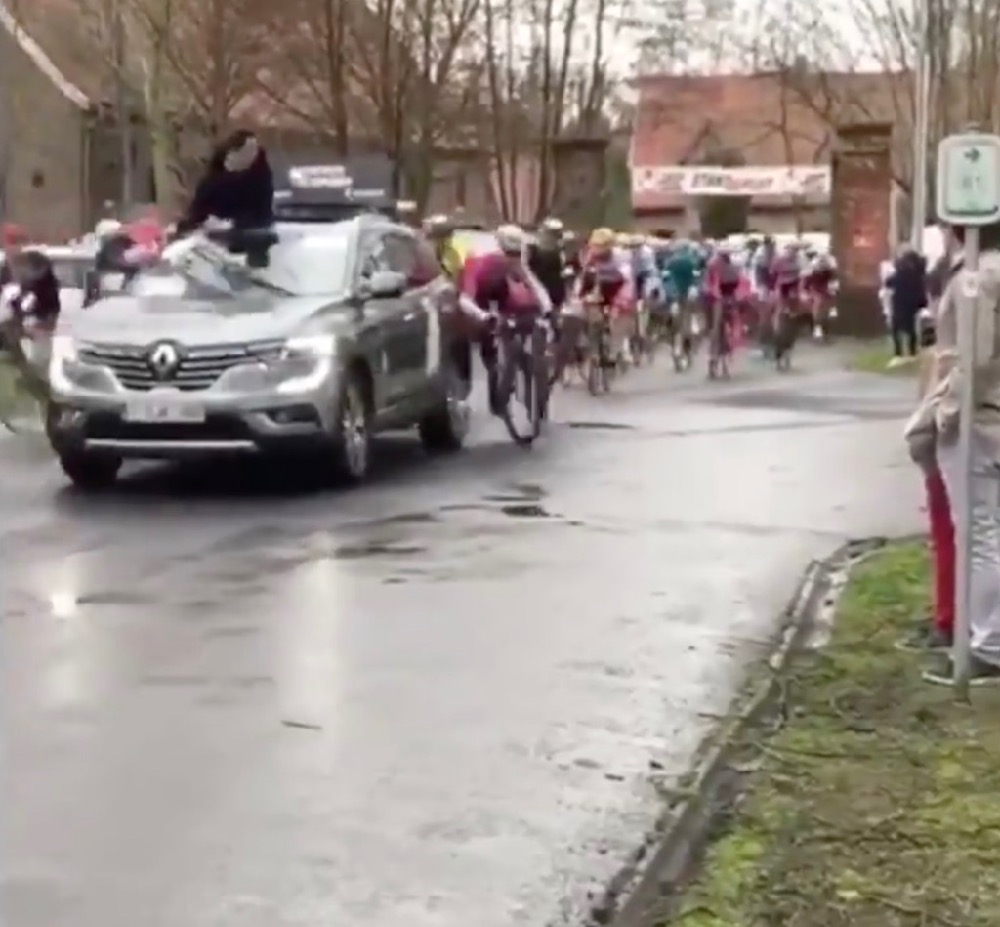 “Organizers have responded to the incident, saying that human error caused the collision.”

But was the driver wearing a helmet?

Then of course there was the Omloop Het Nieuwsblad in which women’s race leader Nicole Hanselmann caught the men’s field, resulting in officials requesting the women’s race be halted; 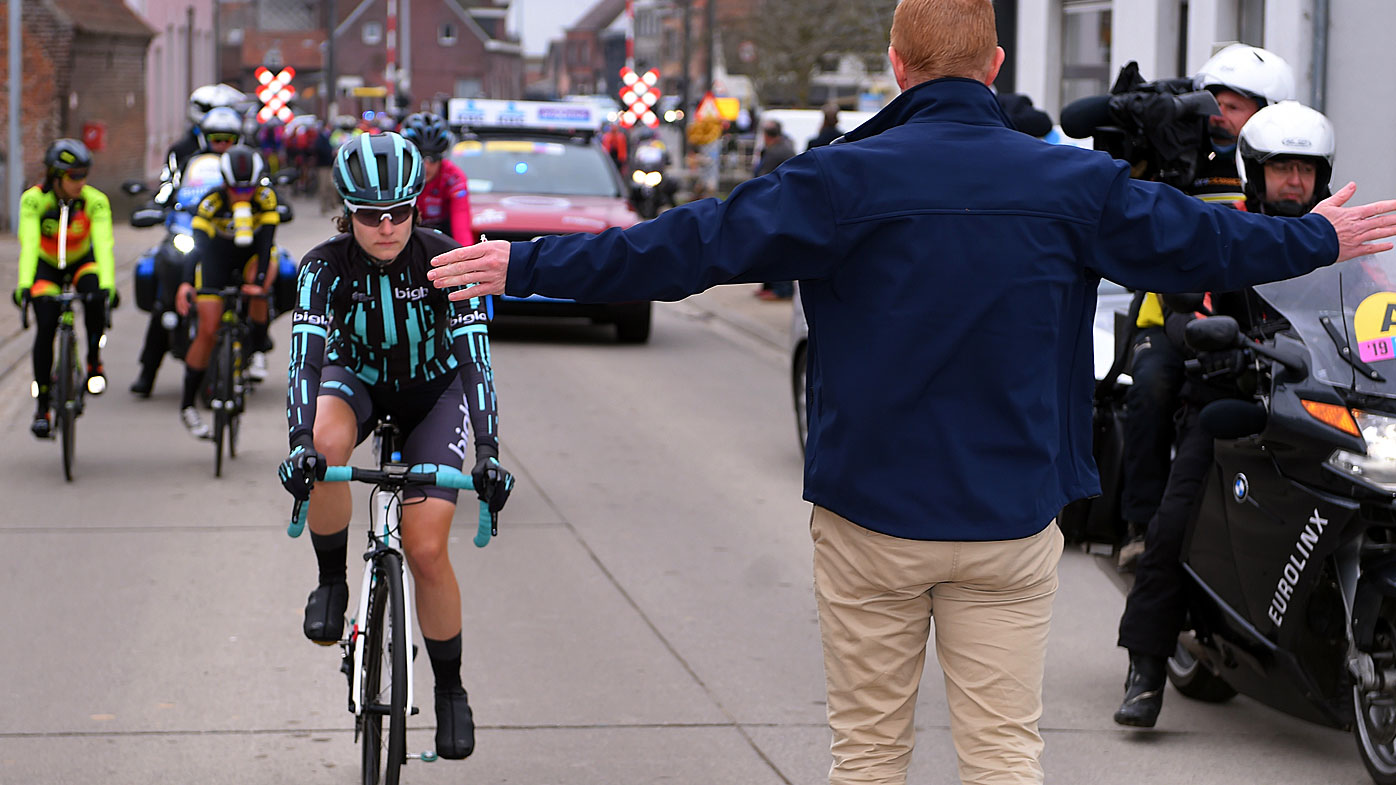 And why was the split between fields only ten minutes?

These days I’m trying hard to pick and choose what in this life frustrates me to the point of making my blood boil. I have my own problems to worry about, but two things I love are bike racing, and that at long last, it seems as though women are finally just beginning to get a fair shake. This weekend’s debacle was a huuuge misstep, but moreover, one that didn’t even have to happen to begin with.

If the governing bodies would just simply get their shit together once and for all, however a remote and abstract a possibility as that is, would be a reality I’d gladly embrace.

3 Responses to “Flirting with a happy reality.”