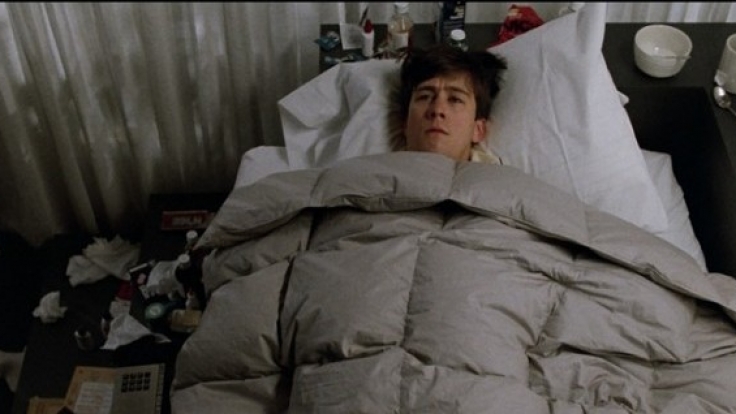 Just as the weather was getting really super nice around these parts, I got tackled by the crud. As if a tackle wasn’t bad enough, it also pulled down its drawers, and beefed it on my head.

So here I stand, crippled by illness, buried under the covers, and especially grumpy about it.

I have a few items of note however, most of which I’ll share with you here.

For those of you who read the most recent Sea Otter post, I’m happy to report that the rightful owner of the previously mentioned jacket reached out to me, and as you read these words, it’s on its way back top its rightful home; 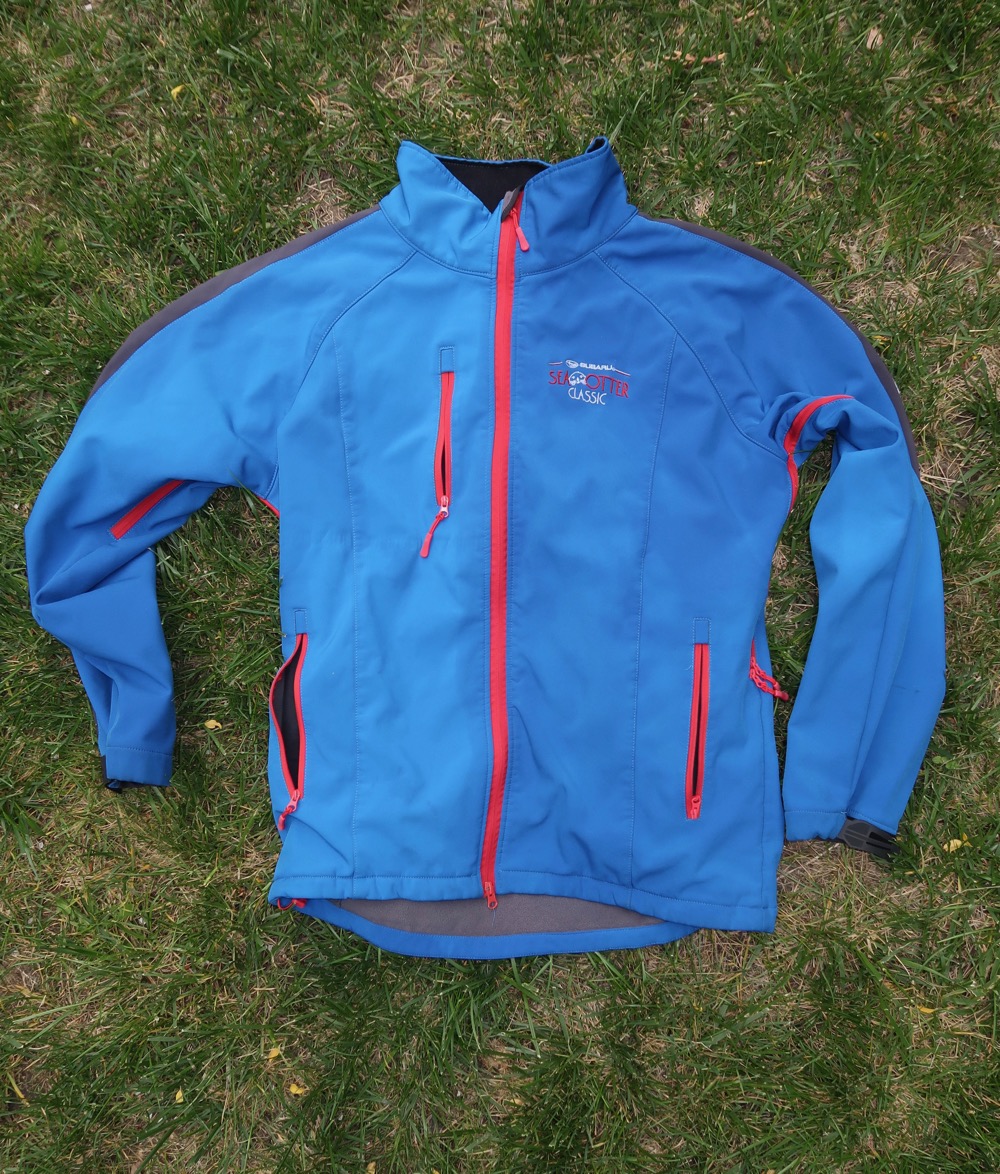 For a quick second I wondered why I should be financially responsible for getting the jacket back to the fella who lost it, but then it occurred to me that without said jacket, I very well would have frozen to death on Thursday, so it’s a small price to pay.

As the adage goes, if you love something, set it free. If you track down the guy who ended up with it on the internet, make contact, and get your shit back.

But back to being sick and tired of being sick, thankfully just before the plague went full-bloom on me, I was able to partake once again in the 2019 running of the P-Stone Invitational; 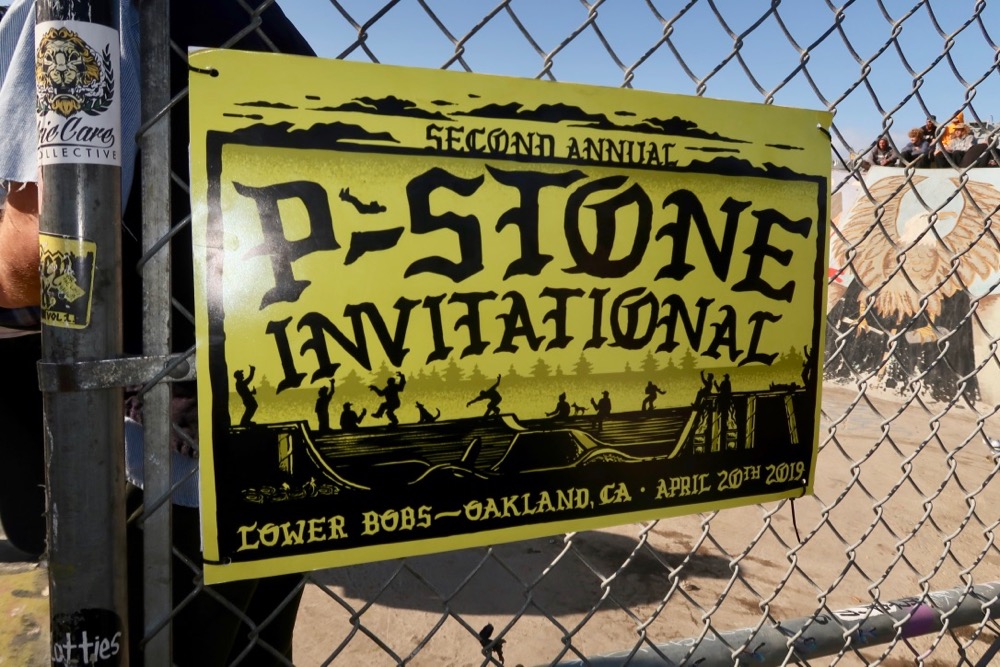 Folks might remember last year when the inaugural event kicked off.

Well, this year was just like that, but there were about twice as many people standing atop the park’s many decks; 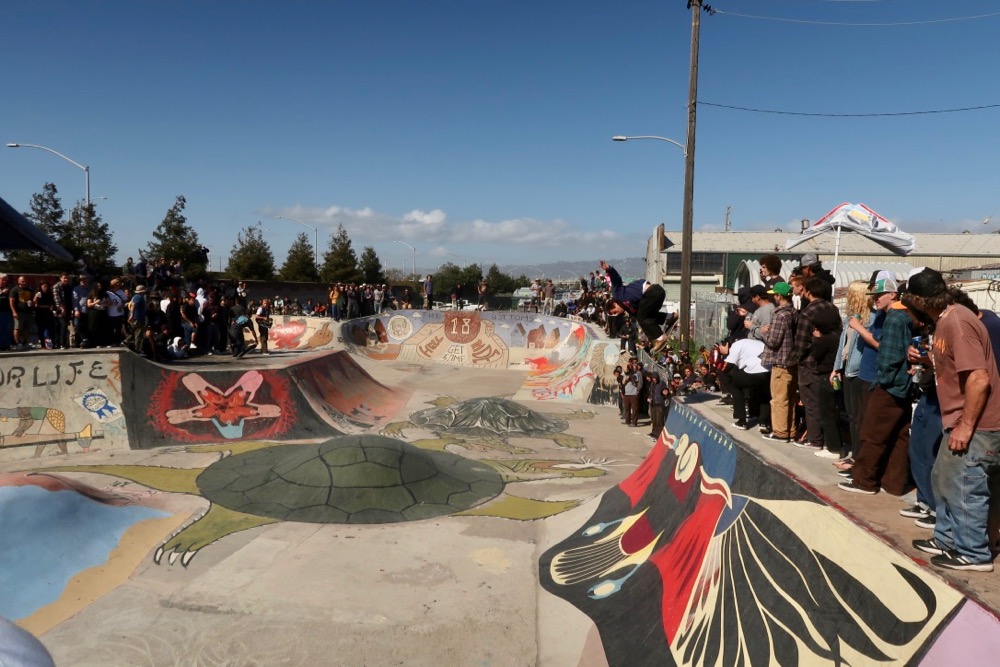 As a matter of fact, it was damn hard to position myself anywhere where I could get a very good shot of the action, so I instead took a multitude of mediocre ones; 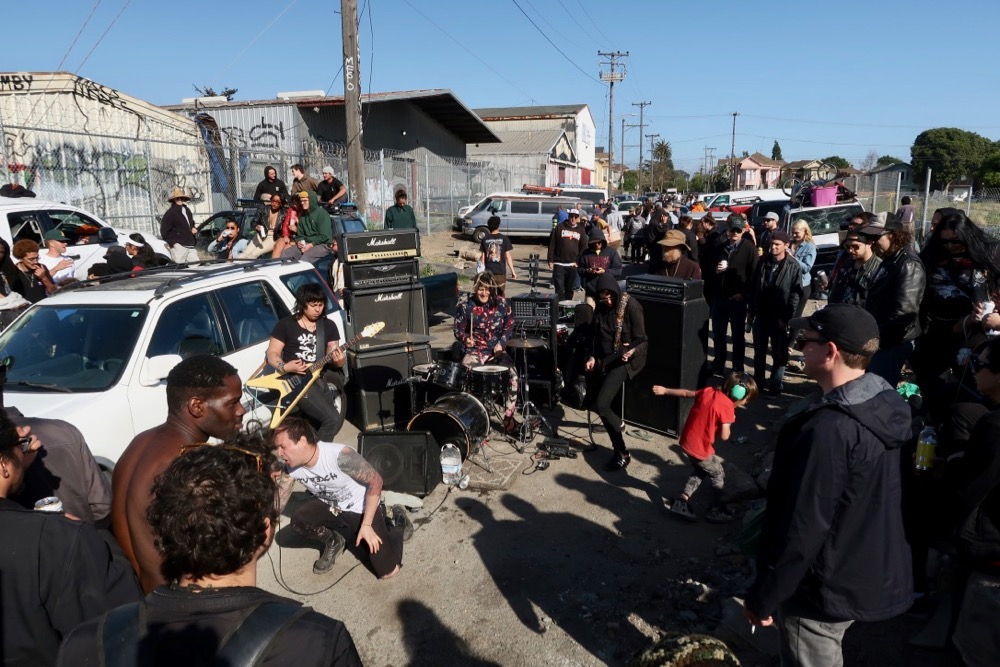 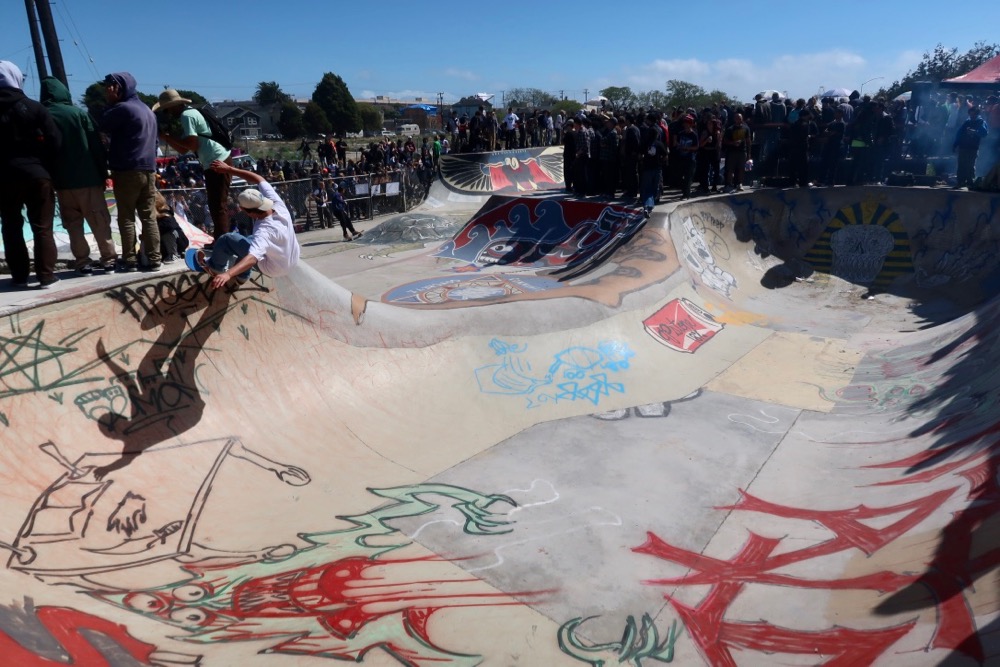 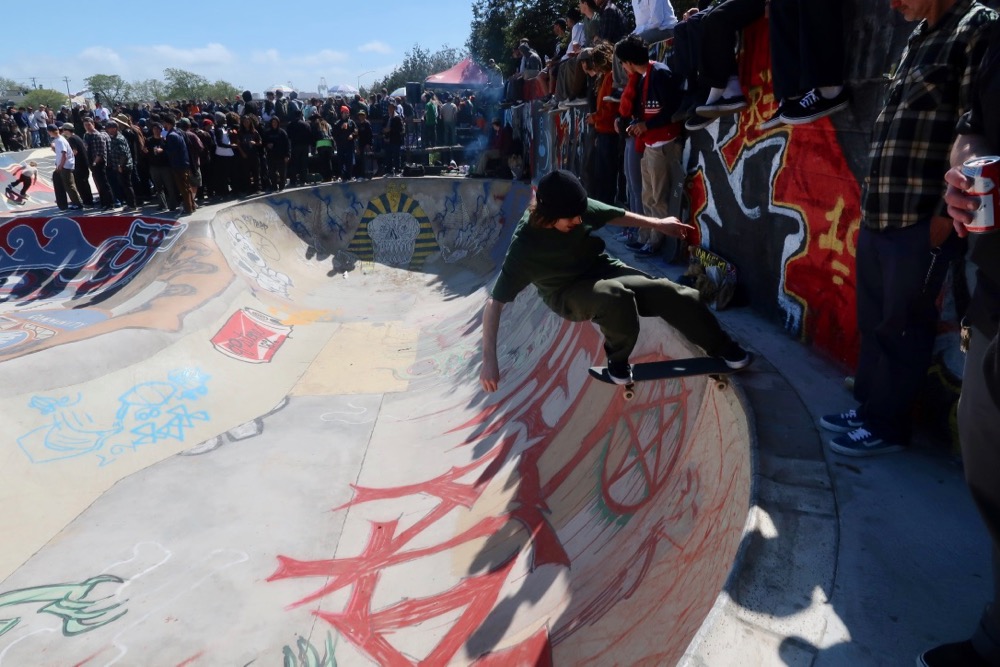 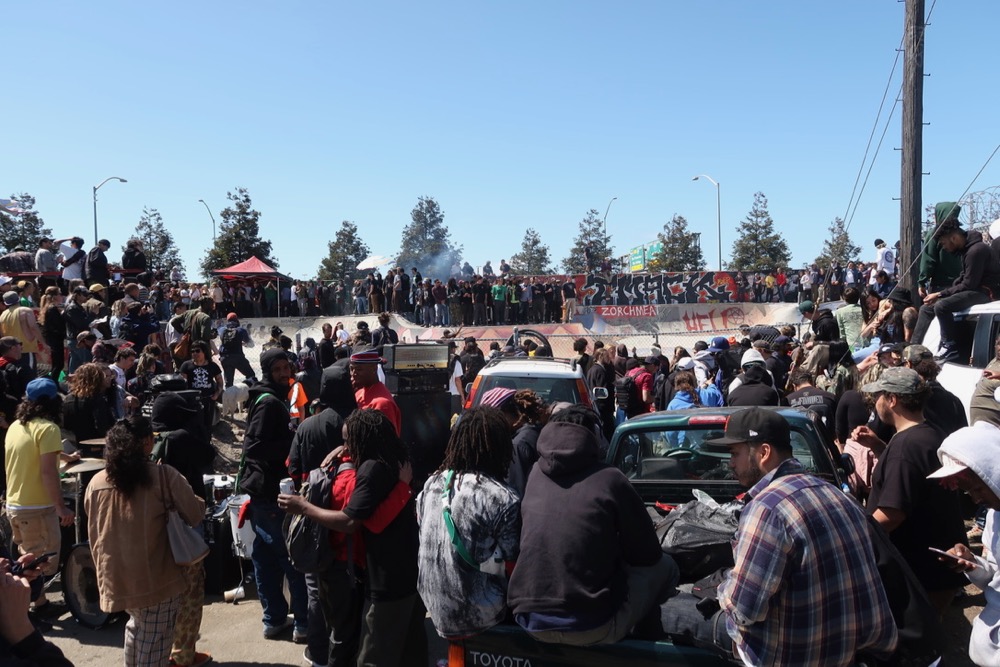 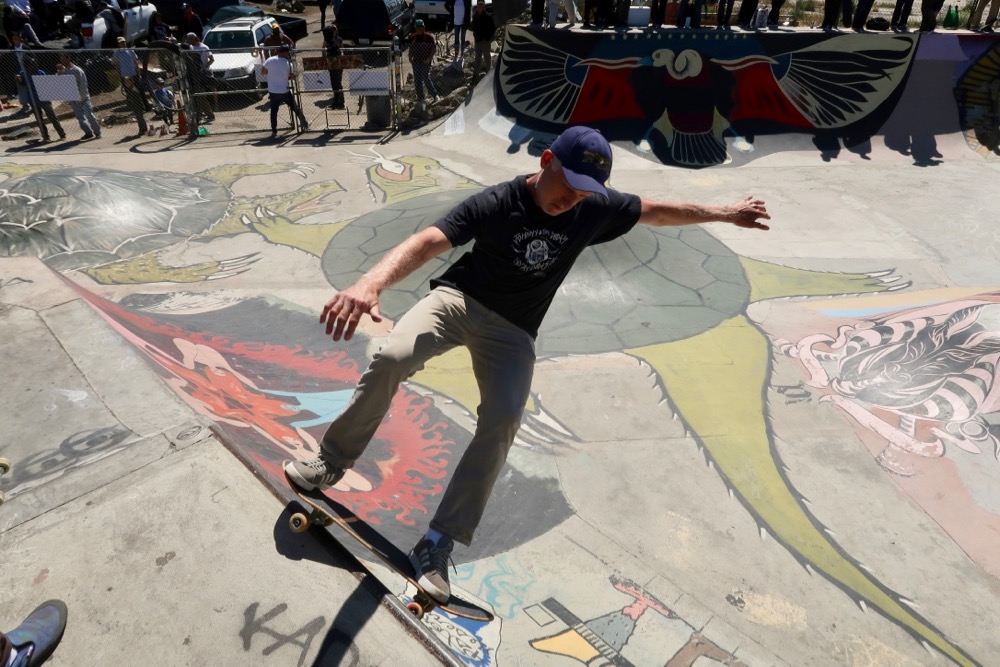 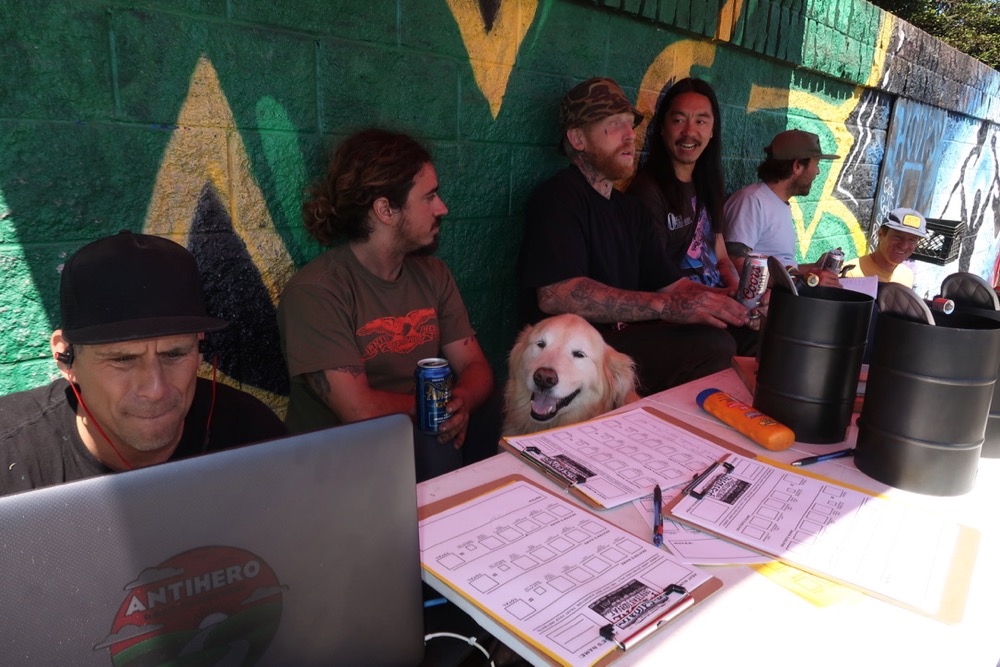 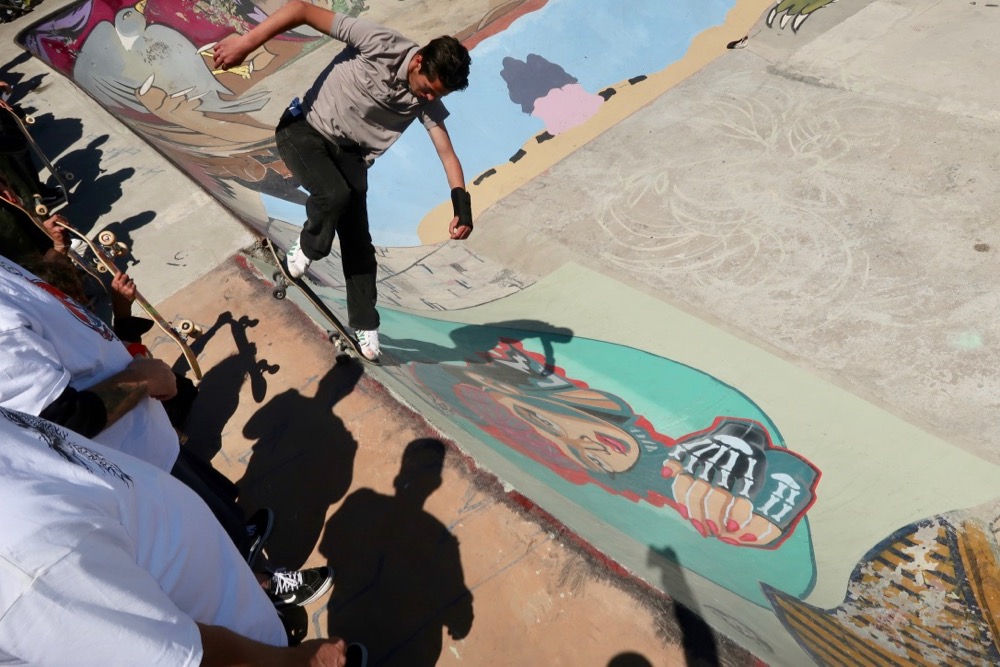 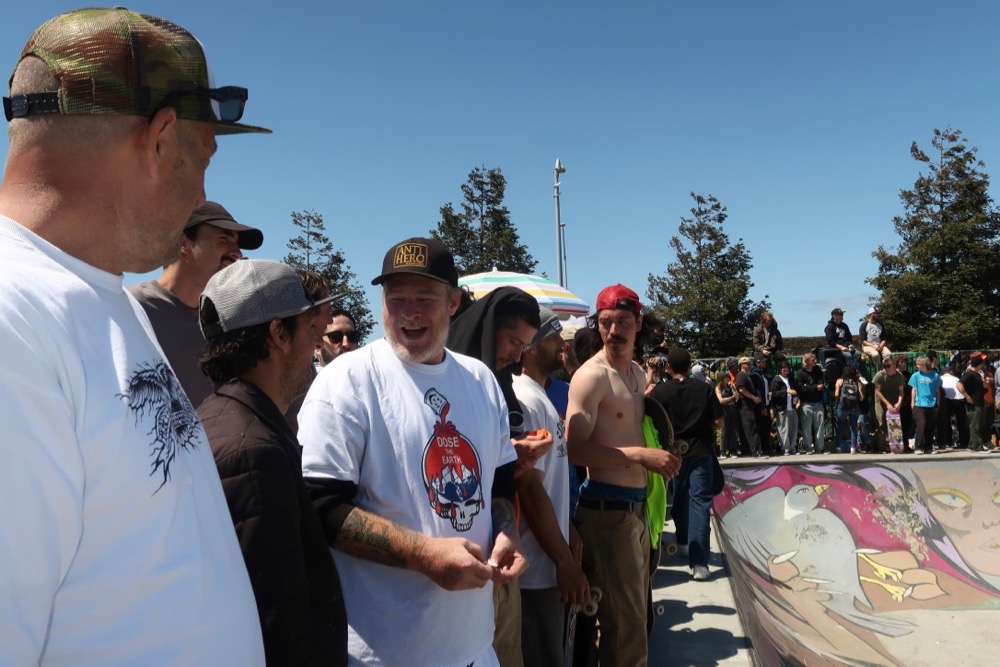 Why, I was even able to be witness to Cody Chapman’s family and friends surprise him with the announcement of his turning pro; To paraphrase what I recently posted on the Instantgrahams, it’s awesome to have the opportunity to be present at something like this contest, and all of the beauty therein. When I was a kid I used to see all of these cool contests in the pages of the magazines, and it turns out, all I had to do was wait three decades to be a part of one myself.

One thing I was unfortunately unable to take part in was the Fat Cat Bags Easter egg hunt;

This is not a far cry from the Strawfoot Easter egg hunt from two years ago, except for this one, I’ve opted not to drop random bread crumbs along the way like I did before. I suspect this time around I will most likely put it in one place and leave it there until someone finds it.

I know where it’s gonna go. I just have to be well enough to transport it there.

I would also like to note that I’ve seen the other bags and they contained various bits and pieces from here, there and the other place. Alas, all my bag contains is junk from just here; 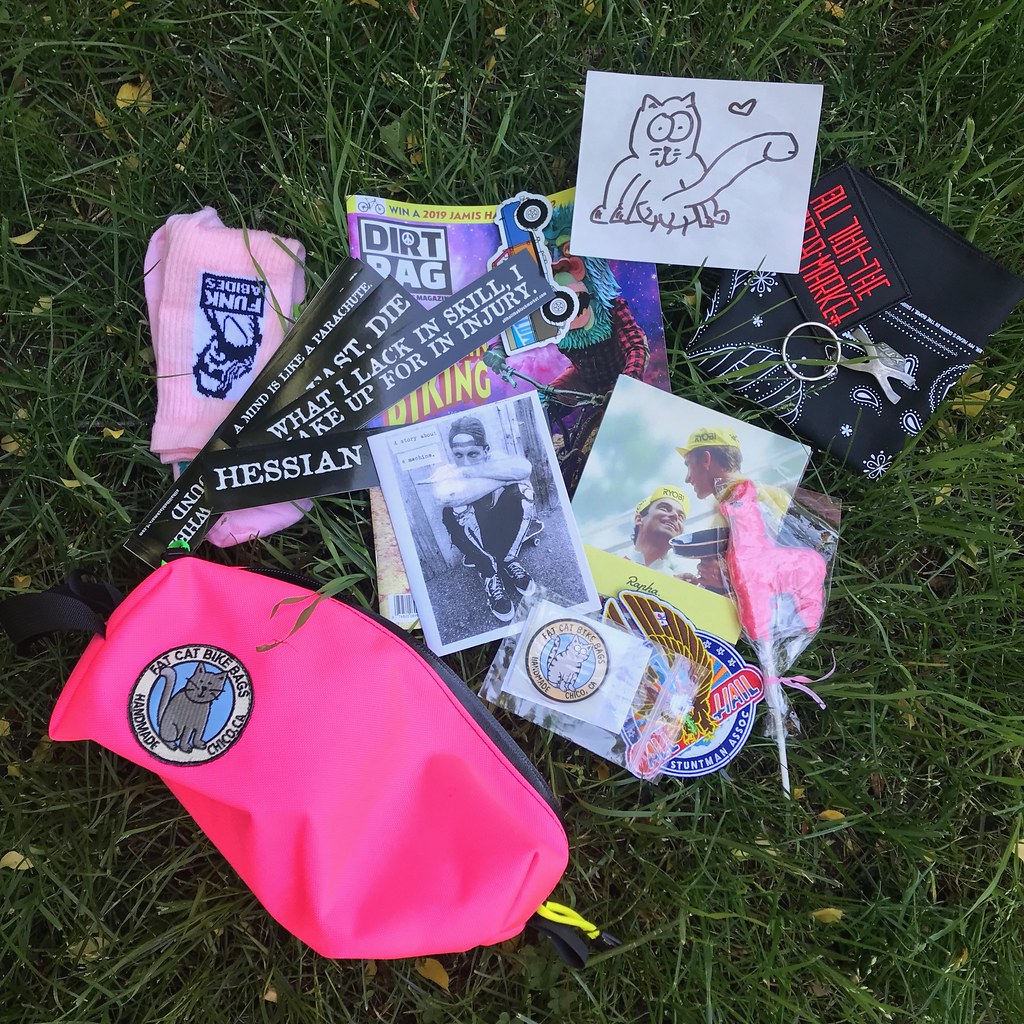 I’ll include another couple of odds and ends in there so as to keep it a surprise.

There will also be included an opportunity for an original piece of flash art from Danny Boy Smith from Let It Bleed tattoo. It should be noted that you don’t have two get said piece off flash tattooed into your body if you don’t want to.

Finally, and speaking of art that don’t do no suckin’, I was pleased to hear from CD of Chrome Industries regarding their newest coveted jersey which debuted this past weekend at the Mission Crit;

Since 2011, the Chrome Coveted Jersey has been the stuff of legend. Whether it’s an international crit qualifier or a tricycle race in the parking lot, we pick a few races every year to bestow our Coveted Jerseys as prizes for winners in the Open and WTF categories. The 2019 Chrome Coveted Jersey debuts at Mission Crit where we’ll be in full force with our friends to take over the streets of San Francisco on 4/20.

Coveted Jerseys cannot be bought: You Gotta Win It To Get In It.

The Coveted Jersey has been a platform for artists such as Garrett Chow, Ornamental Conifer, and Deathspray, and for 2019 we looked to a talented neighbor to the north of our HQ, Seattle’s Heather MacKinnon; 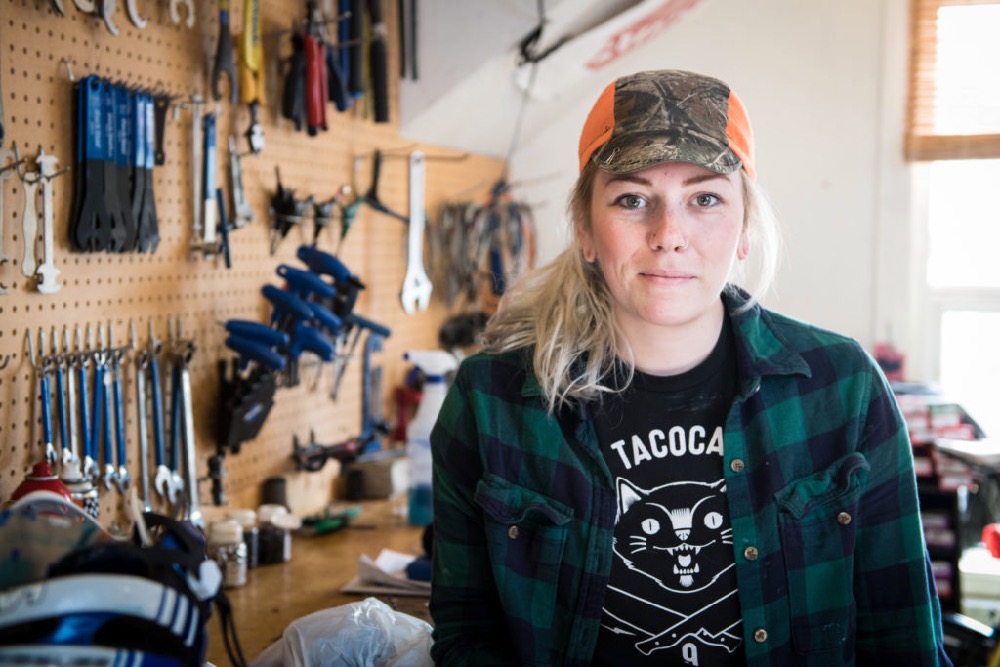 Heather’s work focuses on watercolor fine arts but also spans designs from digital to woodburning. Beyond art, Heather is an erstwhile bike messenger and mechanic at a non-profit bike shop in Seattle. She is an advocate for social justice and rides for team All-City Cycles.

About her Coveted Jersey design she says, “The torch with arrows symbolizes the journey to reaching your goals and fulfillment. It’s not always easy to get there. But you will. The colorway matches the story of the journey—dark colors on the bottom fading to bright above the chest. The “light” leads your way out of the darkness.” 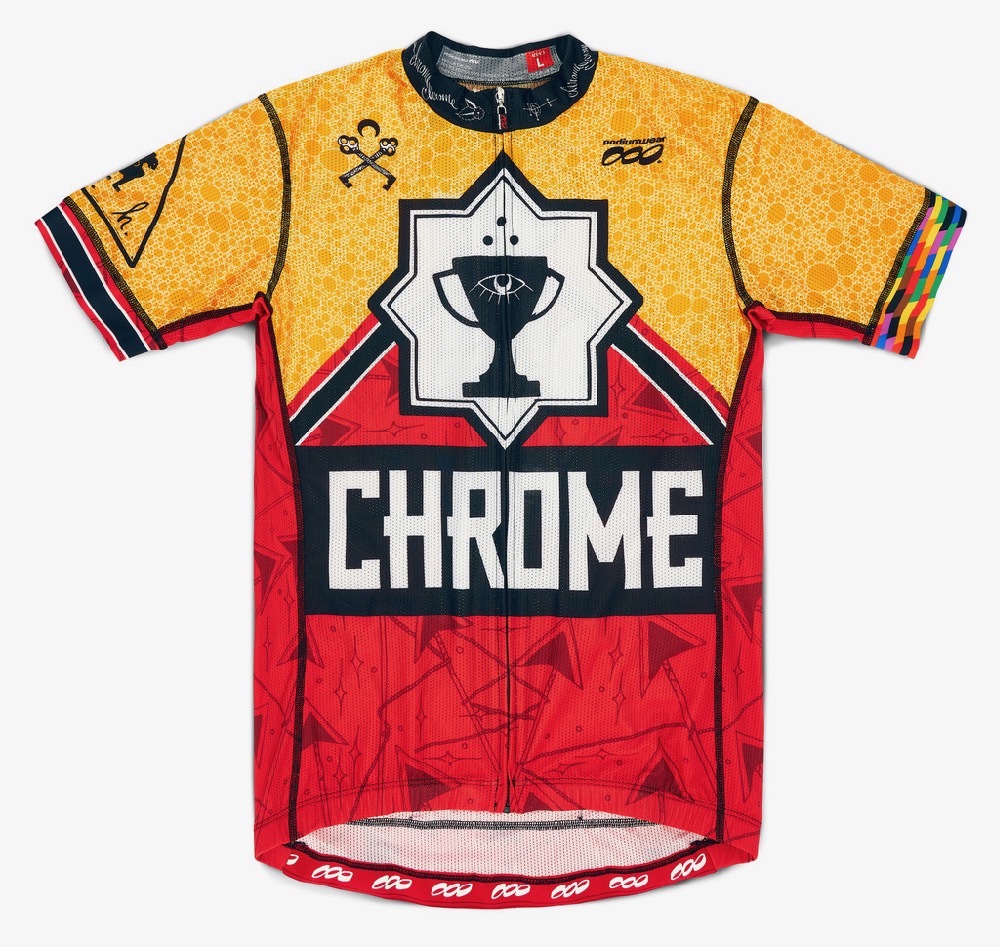 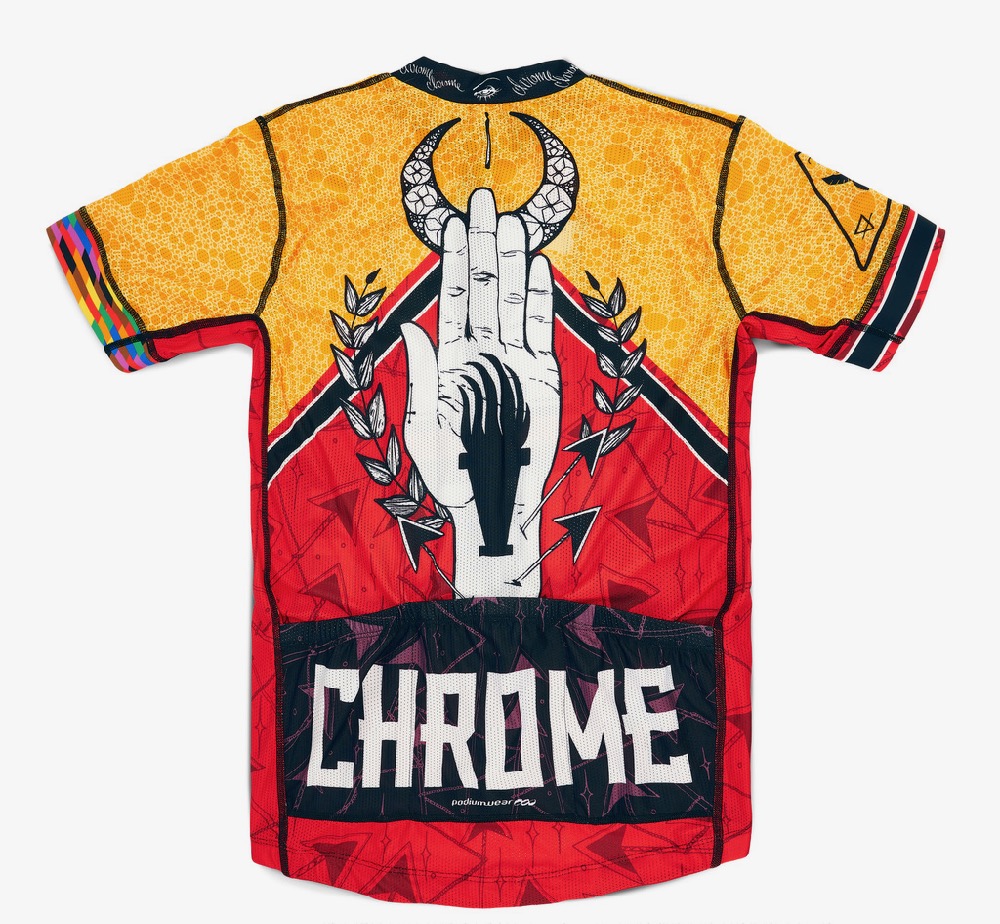 Would you like one? All you have to do is win any one of these upcoming events;

I don’t have dates, but I’m sure information will be posted on Chrome’s blog, or potentially even right here on this very website, assuming Chrome gets in contact with said information.

Until then, I’m headed back under the covers with a bottle of cough syrup, and dreams of sweet, eternal relief.

2 Responses to “All I need is a spare bullet.”