At the risk of repeating myself- (it’s not really a risk, as I’ve done it for years) a commenter in last week’s effort asked me a question about my personal preference in pens, pencils and sketchbooks, so give a more detailed answer again is what I’m gonna do.

Because this is a particularly engaging topic to me, I figured I would take the opportunity to elaborate a bit, and if there is a person in your life who likes to draw, you can get these items for them as a gift, and when they don’t like them, you can cry out, “but a bike blog douchebag (same diff) told me they were good!” and then from that point forward, you’ll never be expected to give your crap gifts to that person again.

Because I tend to be a creature of habit with a real strong aversion to change, when I settle in with a thing I like, I don’t budge, and those of you who’ve haunted this site for a spell might recall me elaborating on this point way back in 2010 in this post.

Anyhoo, so as I was saying- Pens, pencils, and sketchbooks are also a thing that once I’ve found a groove, hate the idea of veering from.

As for sketchbooks, I like just the standard hardback Canson hardcover book that you can get from any art supply store for next to nothing; 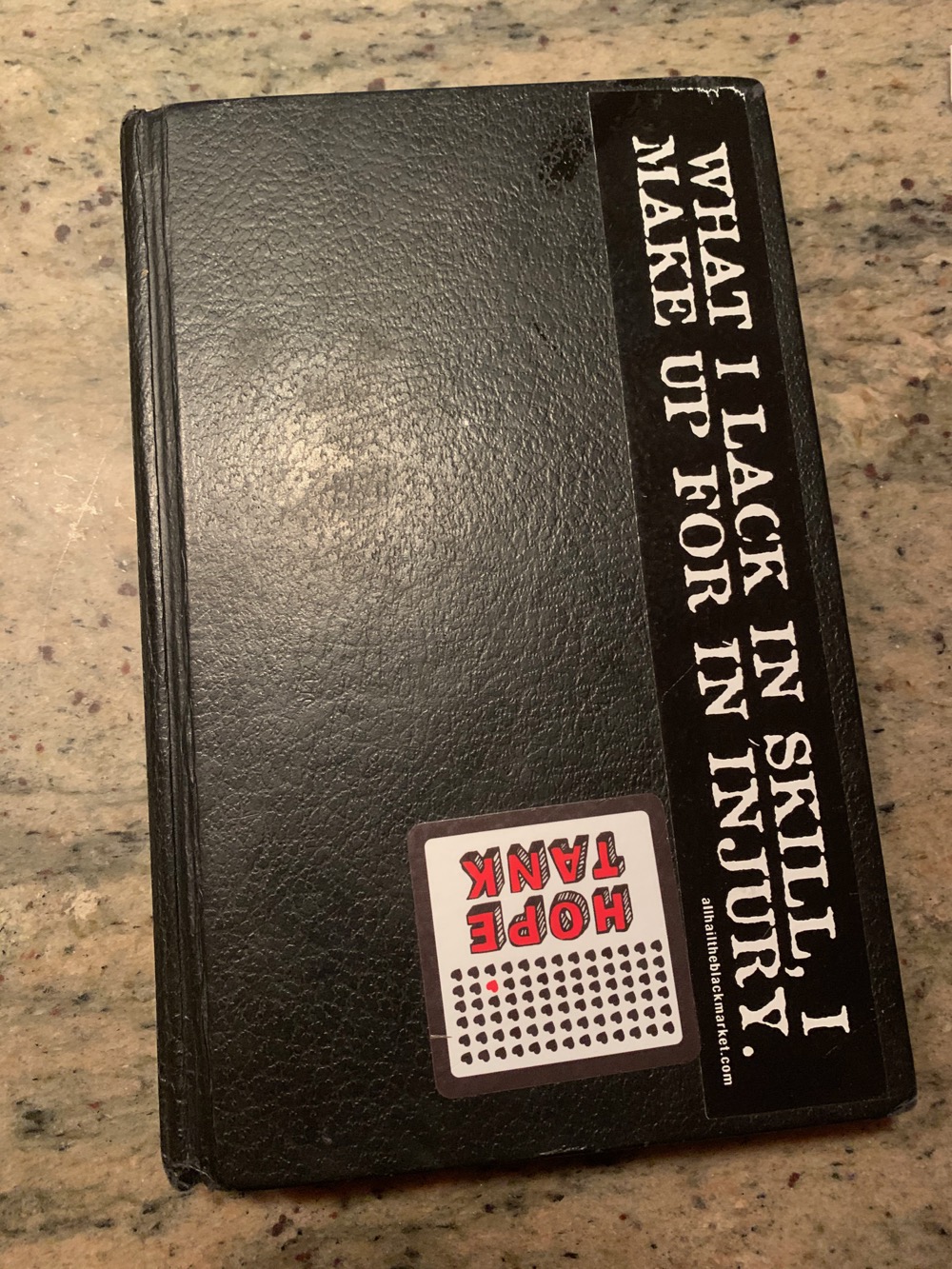 I want to love the prohibitively expensive moleskine books that all the fancy-pants art kooks use, but I do not.

I don’t think I do, anyway. I’ve never had enough money to buy one.

Since I was in high school I’ve used the Uni-ball EF, and it’s slightly huskier sibling; 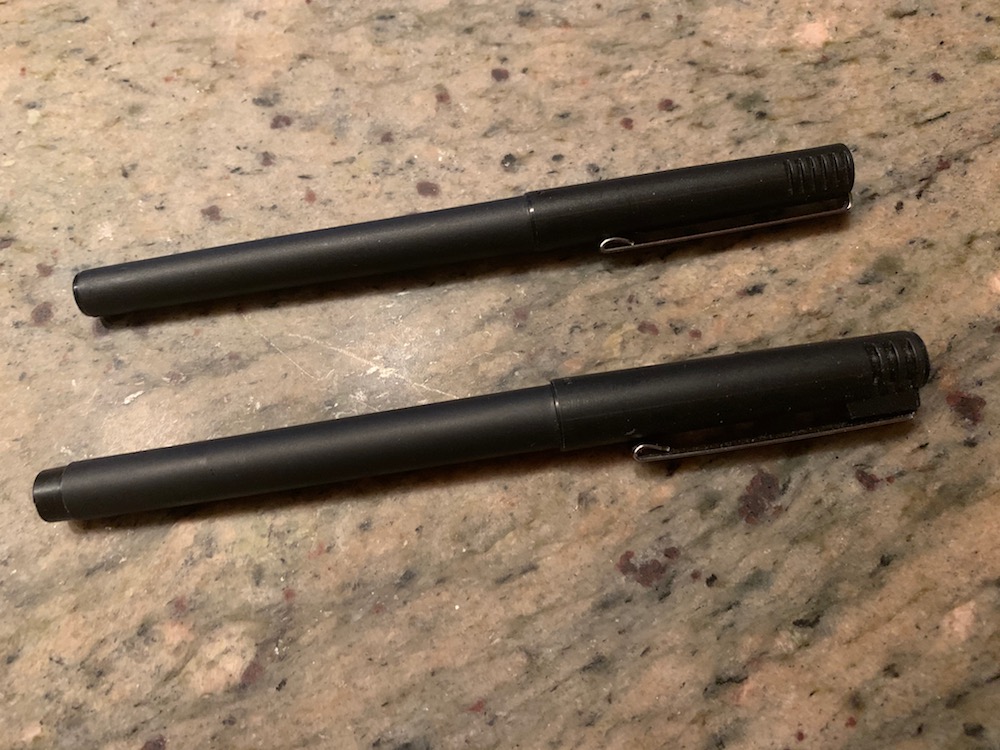 The ink is light fast, and waterproof, the pens feel good in my hand, and they have a cool metal clip so you can clip it on the collar of your shirt, which is important when you have big ears like me that will hold nothing behind them.

For the super fine line work, I rely on this Sakura Pigma Micron .005 number; 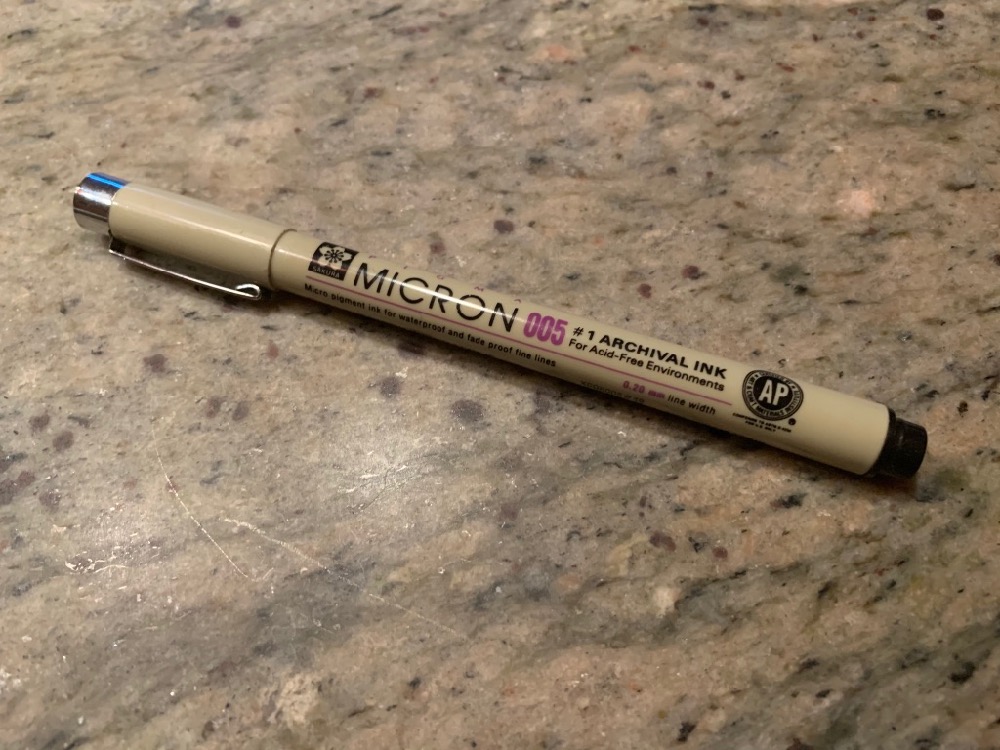 Again, they are both inexpensive and plentiful, the ink in which seems to be compatible with the Uni-ball in both its resistance to fading, as well as resisting a bleed when used with water-based mediums such as watercolor.

Moving on through my little bag of tricks, I like to carry one of them little click erasers; 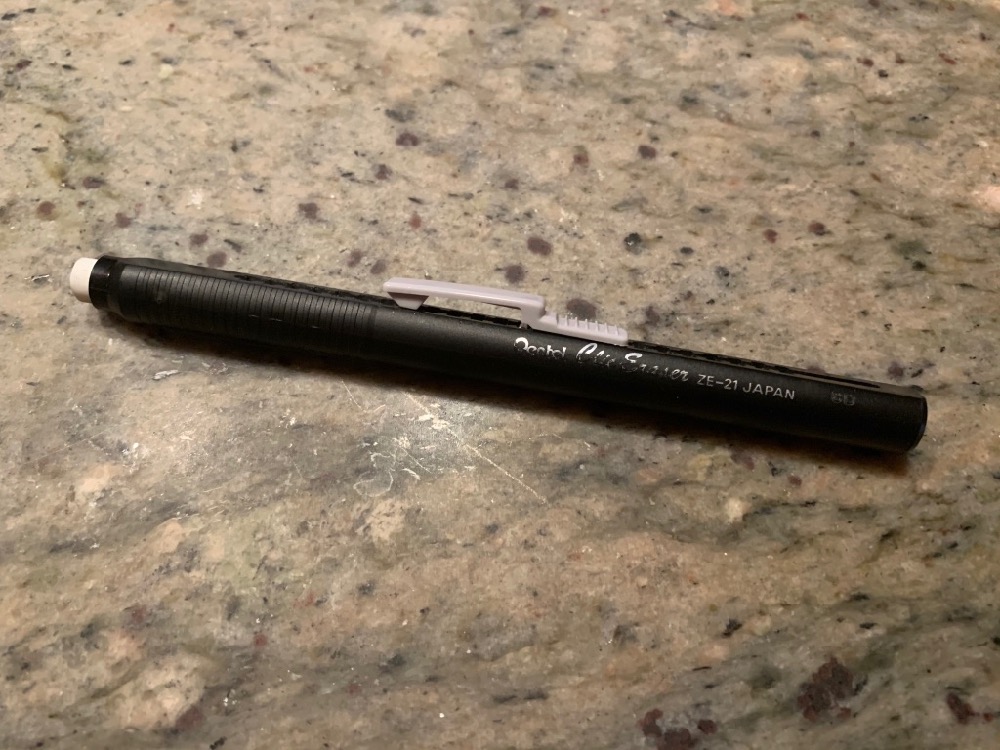 If the adage ‘to err is human’, then I am more human than most, so relying on the little eraser that most mechanical pencils come with is out of the question.

And that brings to me to the crown jewell of my arsenal; 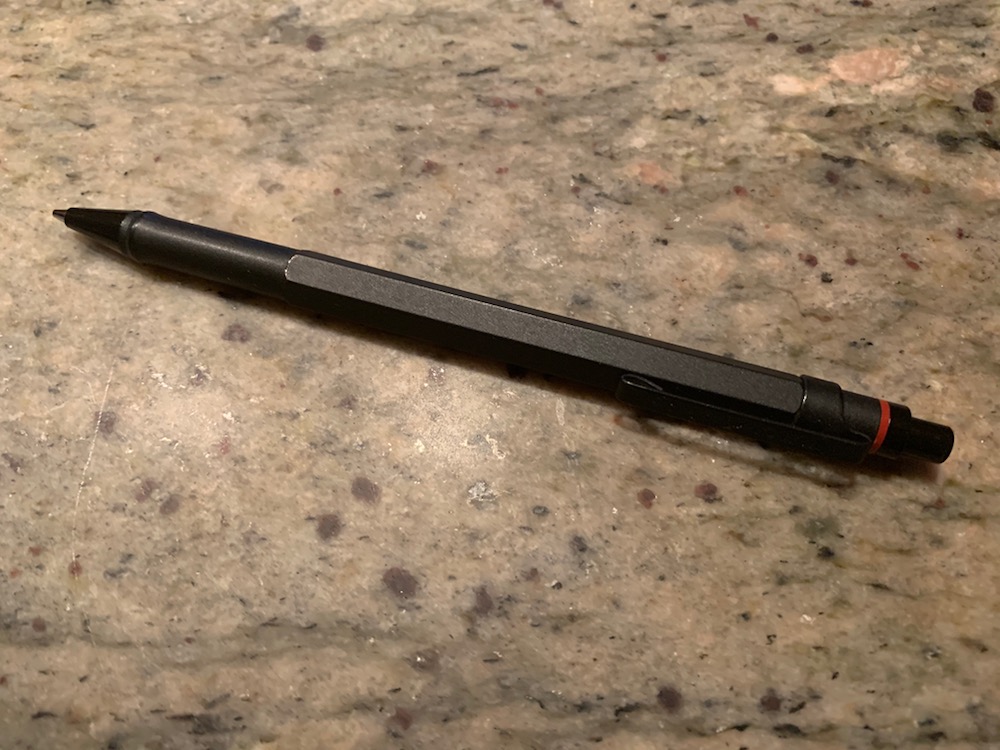 This is the Rotring, .05 steel bodied mechanical pencil.

When I was in college, I was in an anatomical illustration class with this Asian kid. He had long hair he always kept in a pony tail, wore black cargo pants, a long sleeved turtle neck, and combat boots. I never spoke with him, and though he was probably one of the laziest people I’d ever been in class with in terms of commitment to the given curriculum, his rare completion of assignments was utterly precise.

It was with one of these pencils he would do his drawings, and I was immediately taken with the idea that if I had such an instrument, perhaps I too could draw with such precision.

Obviously that wasn’t ever the case, but in over twenty years of using them, destroying them, warrantying them, and scouring the globe in search of a cache after they were at one time temporarily discontinued; 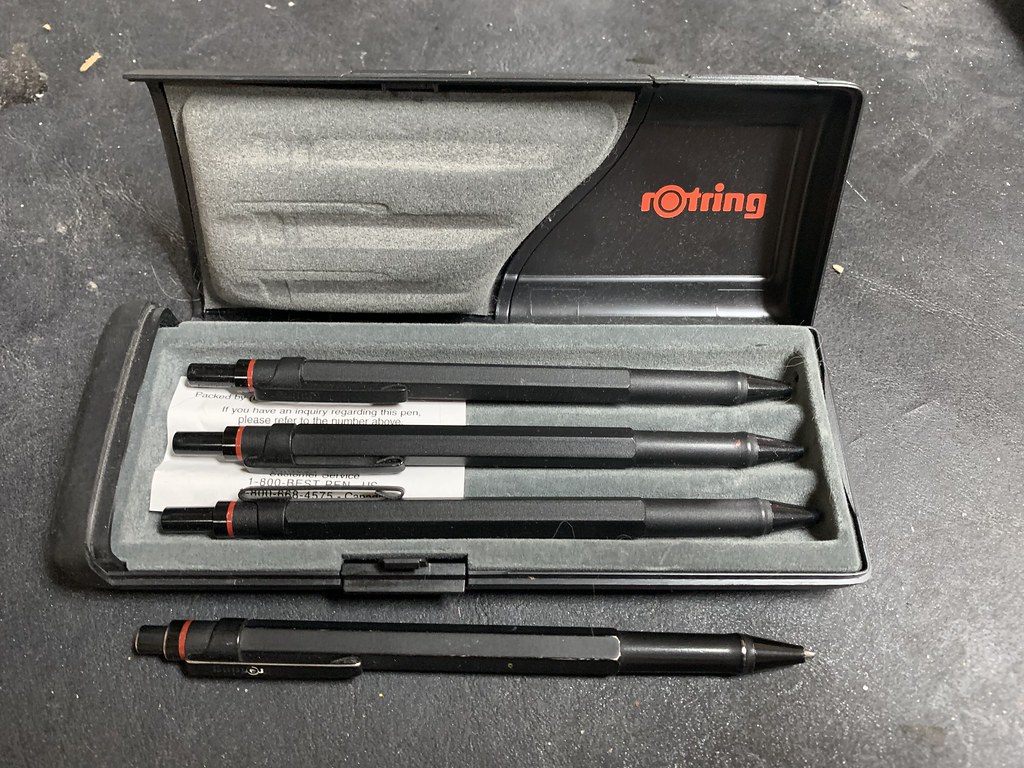 It is hands down, one of the favorite things in my life.

Naturally, such a specific and specialized selection of tools can’t just cavalerely be tossed into the recesses of a backpack, so it was with great fortune that Katy ‘The Quiet Storm’ Steudel made me a custom tool roll for my stash; 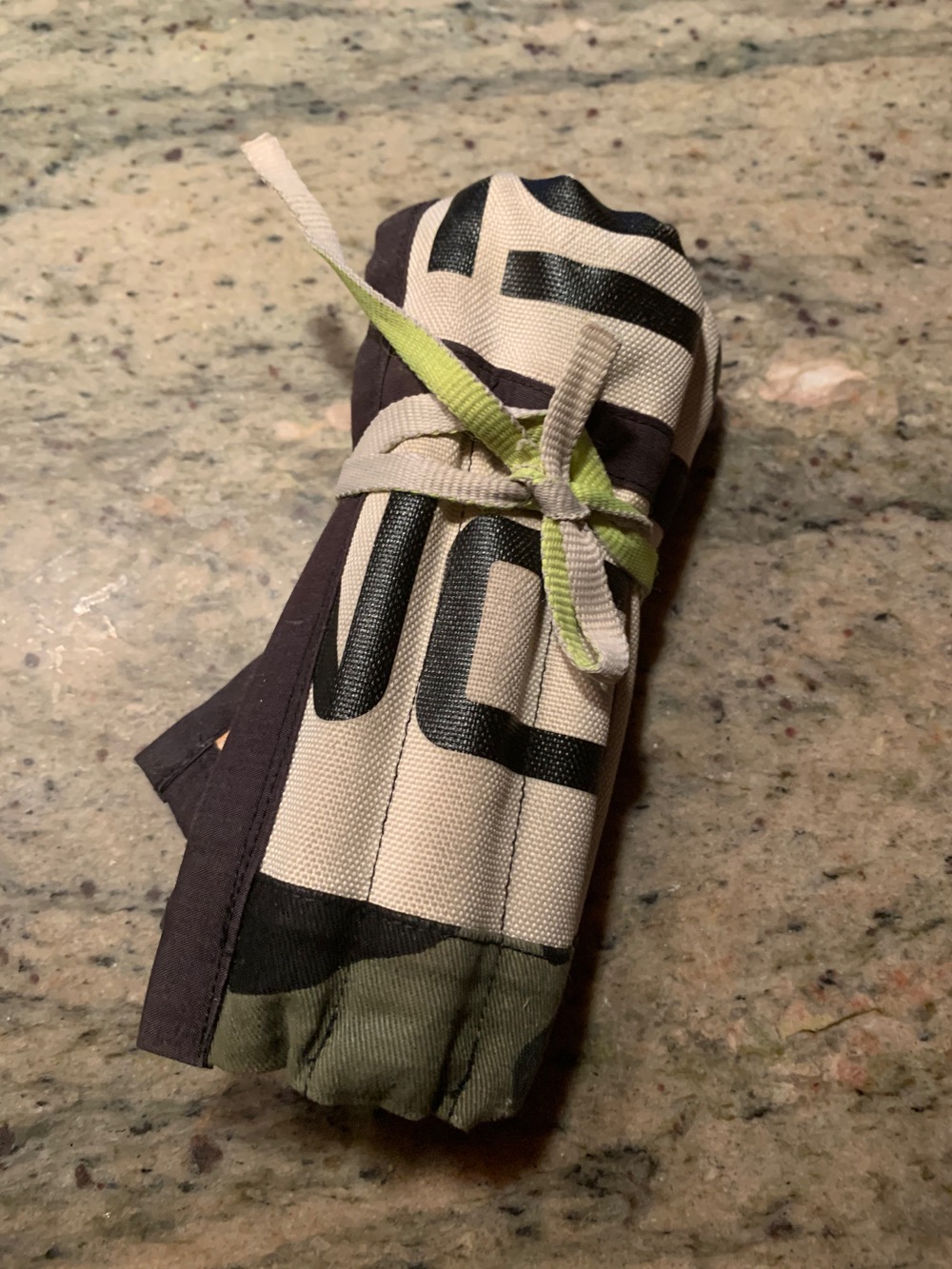 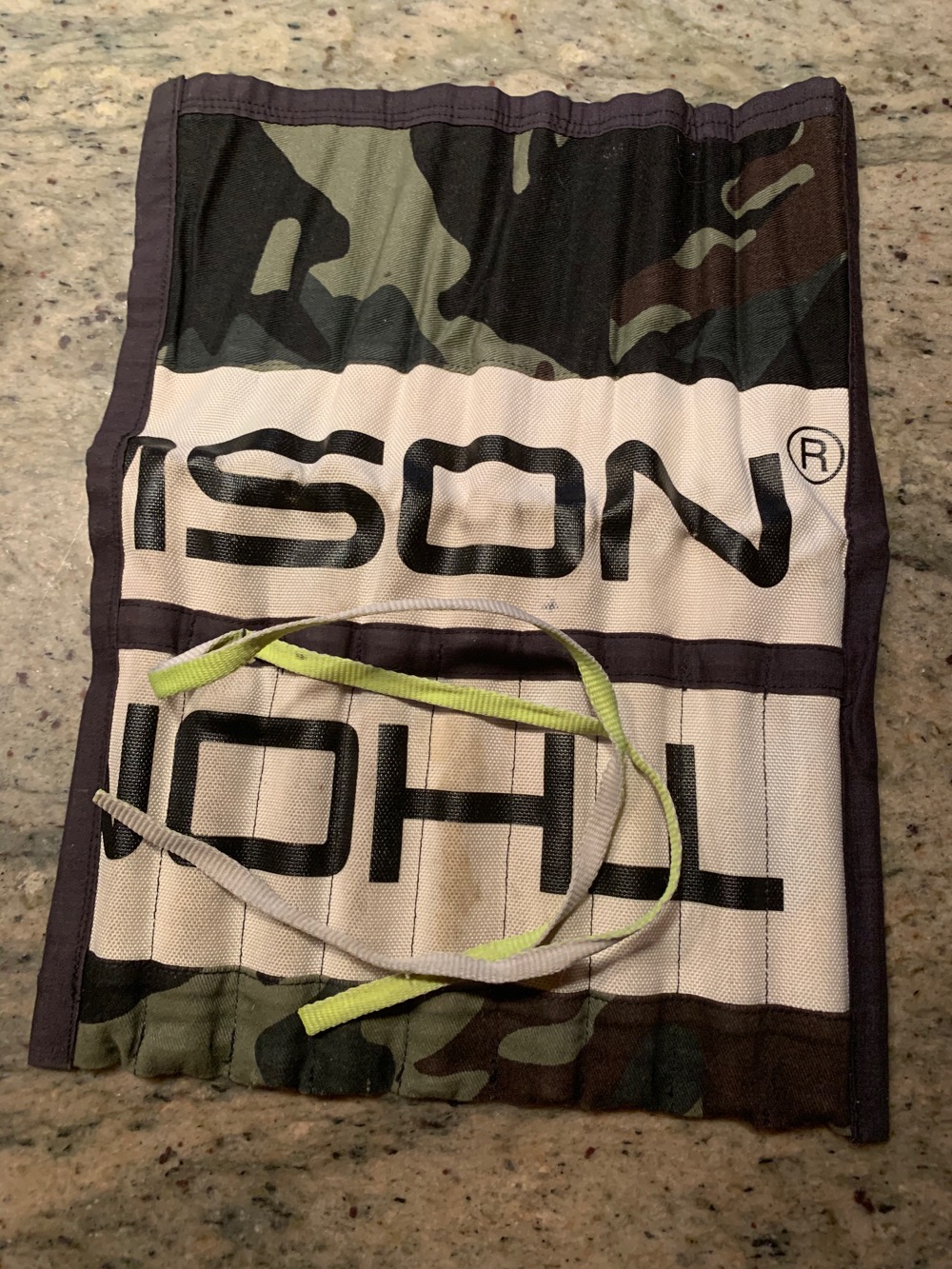 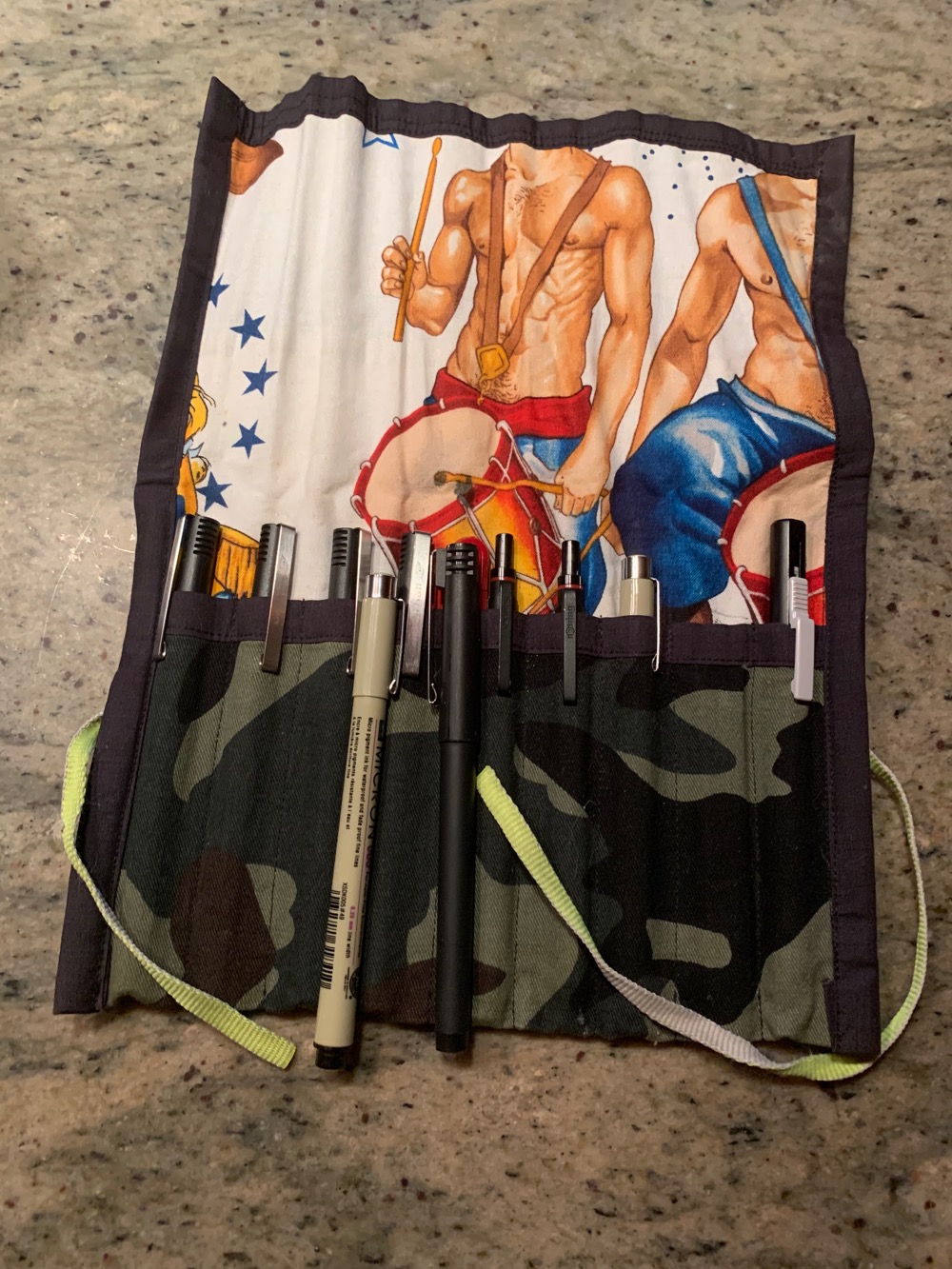 Finally, and though they’re not items I carry in my roll, they’re two I’ve very much enjoyed using over the course of not only the last (now) seven months, but have long been a staple in my studio. These of course are the Princeton round number 2 and 4 brushes; 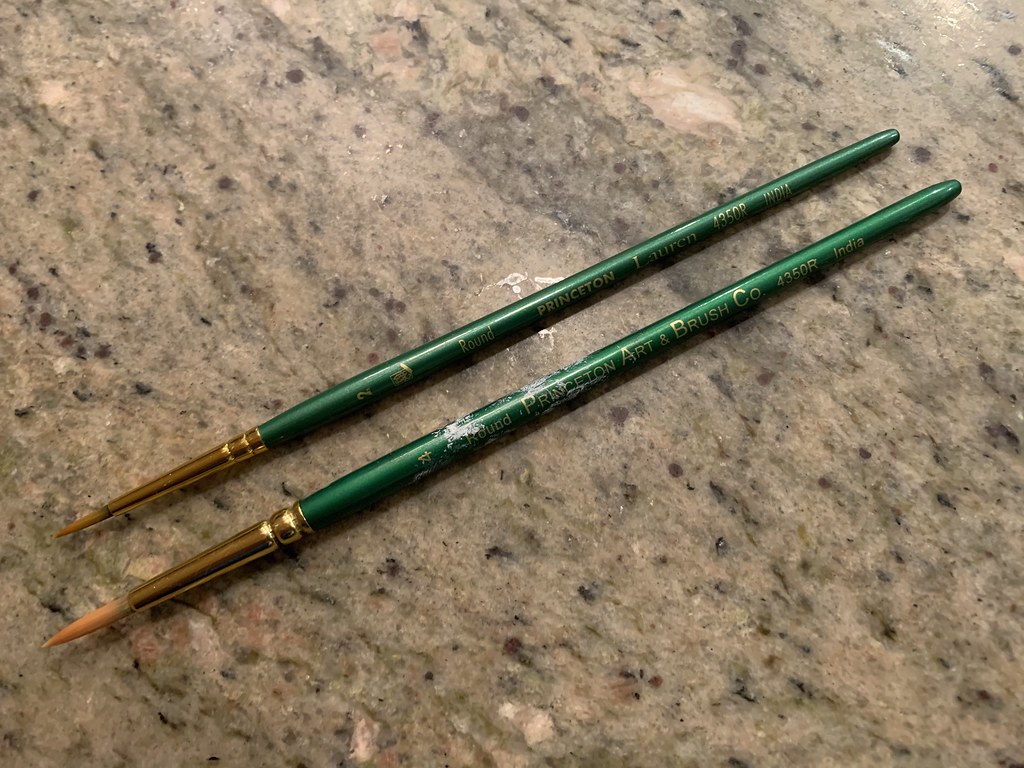 Assuming I will eventually be without a studio, it’ll force my work to become much smaller, and require even tinier brushes, so in as far as mobility, and format goes, I should be making work that can’t be seen with the naked eye in no time.

Anyway, I hope you enjoyed the tour of more of my favorite (mobile) mark-makers, that if by chance are one day discontinued, will result in me never making marks again.

As far as tiny work goes, I would like to introduce you to two artists, whose works most definitely does not suck. The first is a fellow I came across on the IG who goes by the name Alvaro Naddero.

I’m pretty sure I’ve posted some information about him here before, but it’s so good, it deserves a repeat; 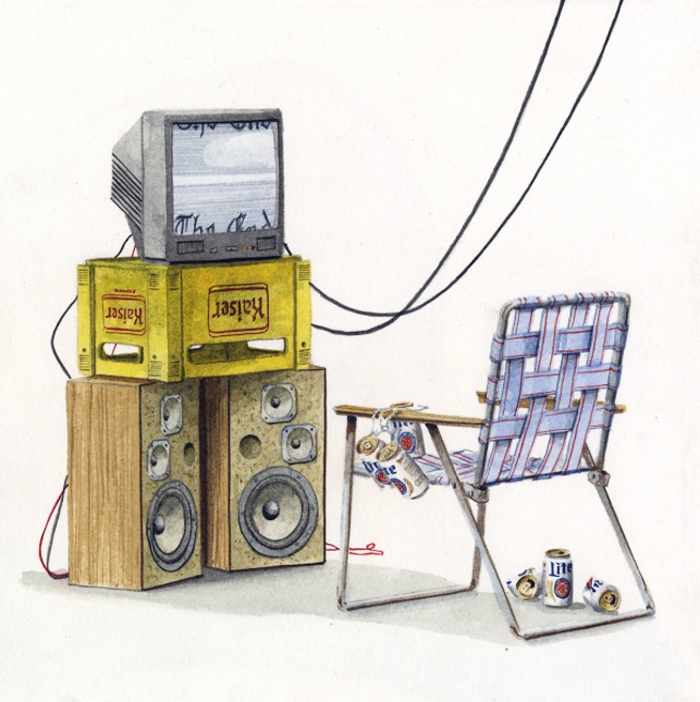 I just love it so much.

Another artist was one who a woman named Bepy I met while I was in San Diego clued me in on (whose own work is truly beautiful as well). This new discovery is named Lorraine Loots, and her pieces are next-level bananas; 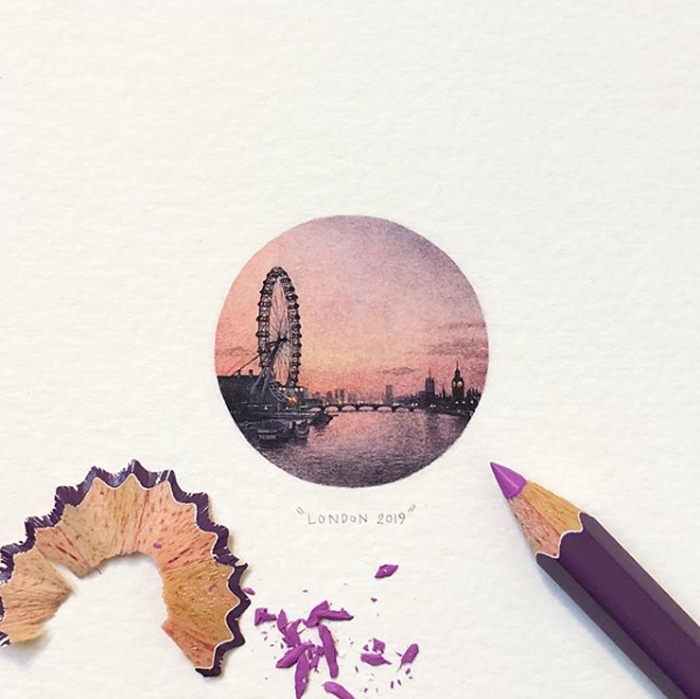 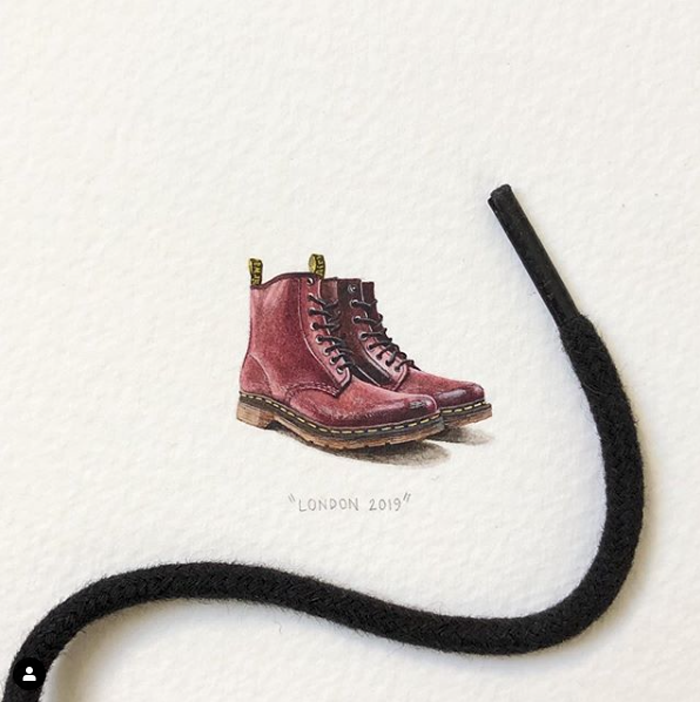 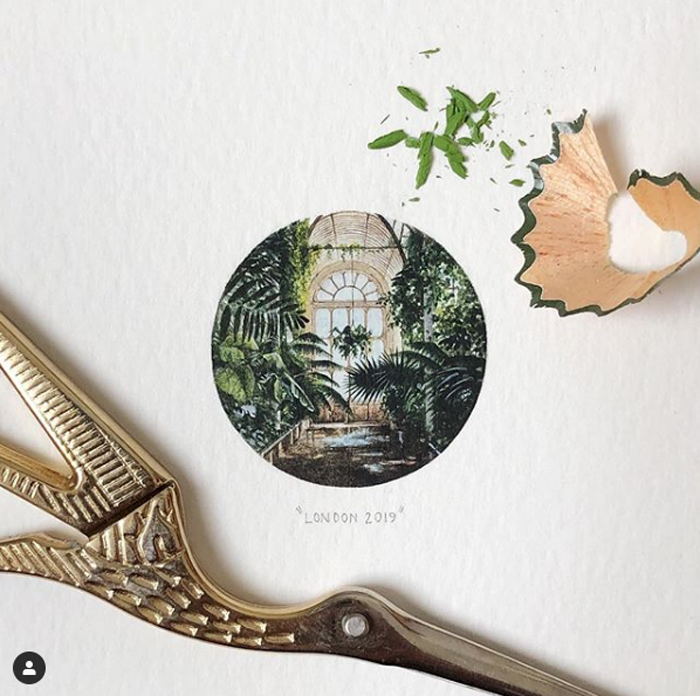 Besides taking a peek around her site, I encourage any who feel compelled to do so, to follow her on the IGs.

I’m dazzled by all of these aforementioned creators, and feel humbled, as well as motivated as I embark on whatever body of work is next.

Even if the entire thing can fit into a small pocket.

Unrelated to anything that’s just been said, but folks of, or from the front range assuredly are familiar with the region’s famed UFO house; 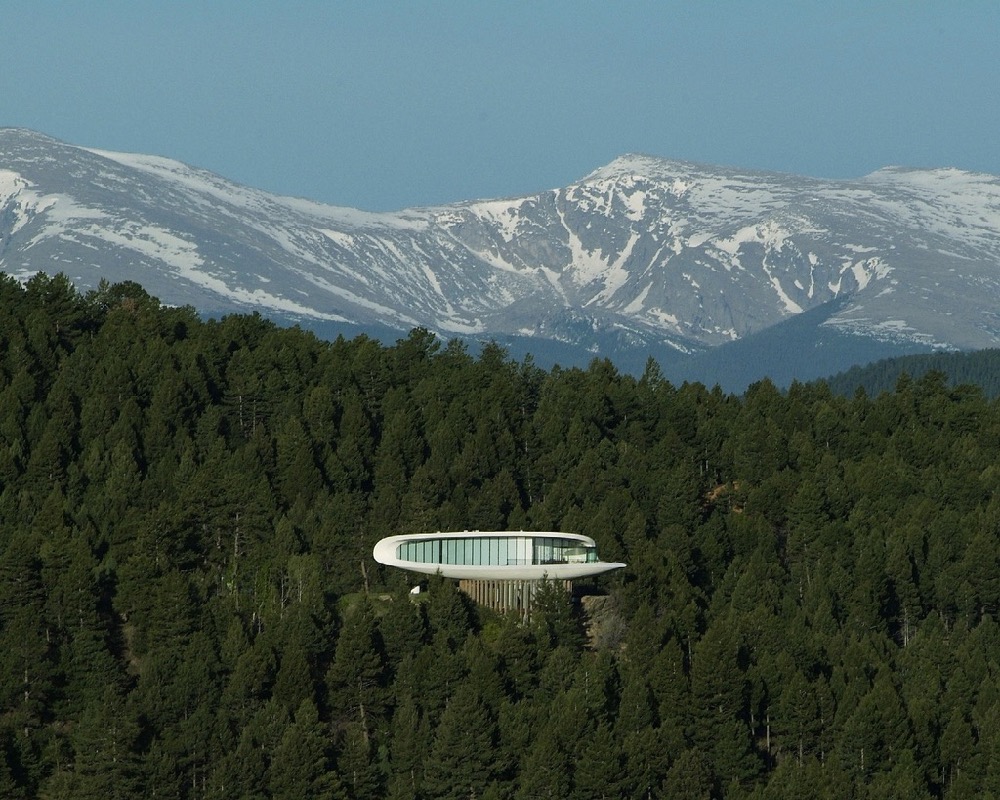 Having grown up nearby, it was certainly always a mystery what the interior must have looked like.

I remember my sister telling me about how the architect wanted no straight lines anywhere in its interior, and it was generally rumored to be occupied by an eccentric millionaire.

Thanks to the wonder of the internet, we can finally satisfy our curiosity;

This might be old news by now, and I do feel as though I’ve seen a similar snippet regarding the house before, but my memory isn’t what it once was, and to that end, it’s at the very least a good refresher for my regular eyeballs.

12 Responses to “A regular post for a regular day for some regular people and their regular eyeballs.”