I’m sure when I first typed today’s post title a few days ago there was some method to the madness, but as I stand here before you today, I’ll be damned if I can think of what said madness was. Mostly now, I’m just thinking how slam dancing should only ever be referred to as ‘slam dancing’.

Perhaps it related to the occasional chaos that occurs within said pit where the dance of the slam occurs, of which I’m sure a number of us are familiar. Occasionally you’ll see someone get knocked off their feet, or a pair of glasses go flying from someone’s face, (though having had my nose broken on the periphery of pits twice in my life, I’ve never been able to imagine why someone would be near one while wearing glasses). Without exception in these instances, you’ll see the crowd part, in an effort to give the fallen friend a lending hand. That’s one of the greatest qualities of slam dancing. It looks violent, and to the uninitiated, a place they’d never willingly go. But for those of us on the inside, we know it’s a welcoming place, filled with folks who no matter what, will throw a lifeline if the need arises.

To a degree, I look at this community that we’ve assembled here similarly. One that is decidedly, and purposefully not for everybody, but who will go to bat for each other if the need arrises, and to extend that, will go to bat for a random anonymito if that’s what has to occur.

We’re a lucky bunch, and given the current political/social climate, is a quality I’m extremely thankful for.

So no point made here- It was just an observation I was having over the weekend, and thought I’d share.

Now, moving on to various bits and bites that I’ll try to round today’s post out with, I’ll include a message I got from Ryan featuring his happy spawn aboard a bike with a vaguely familiar head tube badge; 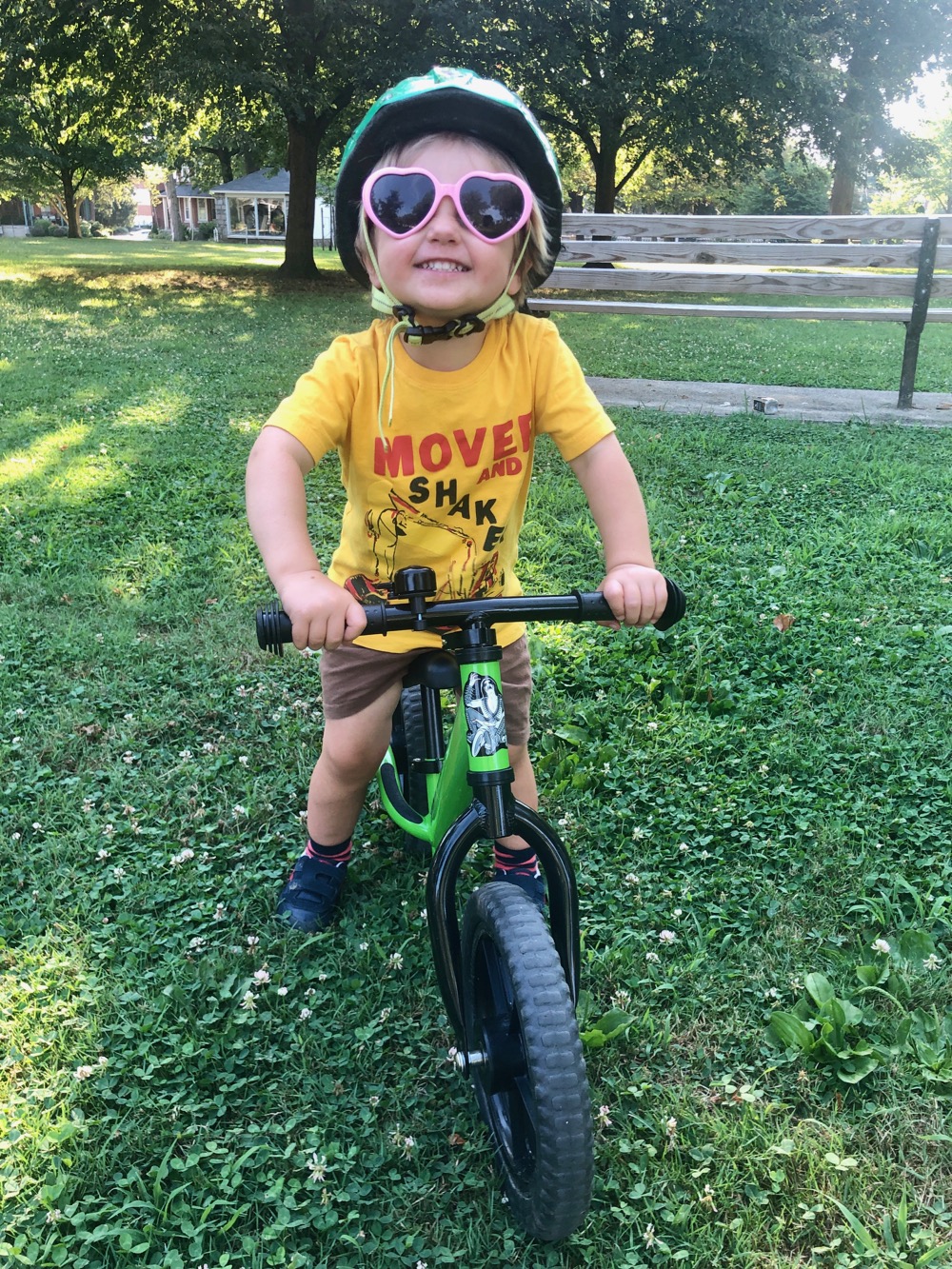 Now, anybody who knows me, knows I don’t have two shirts of concern when it comes to people’s kids, but strange as it may be, I like everything about this little knucklehead, and I thank Ryan for sending on the photo.

That isn’t to say I want other people to start sending me photos of their kids… Because I don’t.

Let’s just watch this, and feel good about feeling good;

God I love that story.

In other news, recently the proprietor of Madison’s Black Saddle Bike Shop reached out to me via Drunkingham Art Services, and made an inquiry regarding doing a portrait of his fuzzy buddies, Books and Science, and even though I’ve sworn off doing portraits of people’s pets, I gave it a crack anyway; 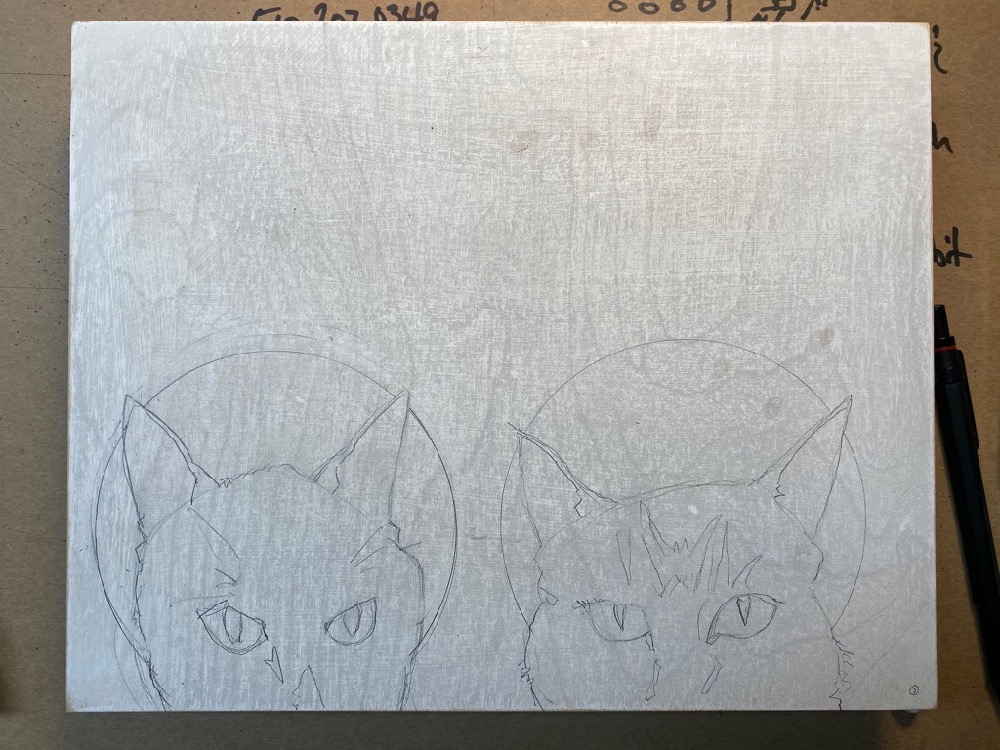 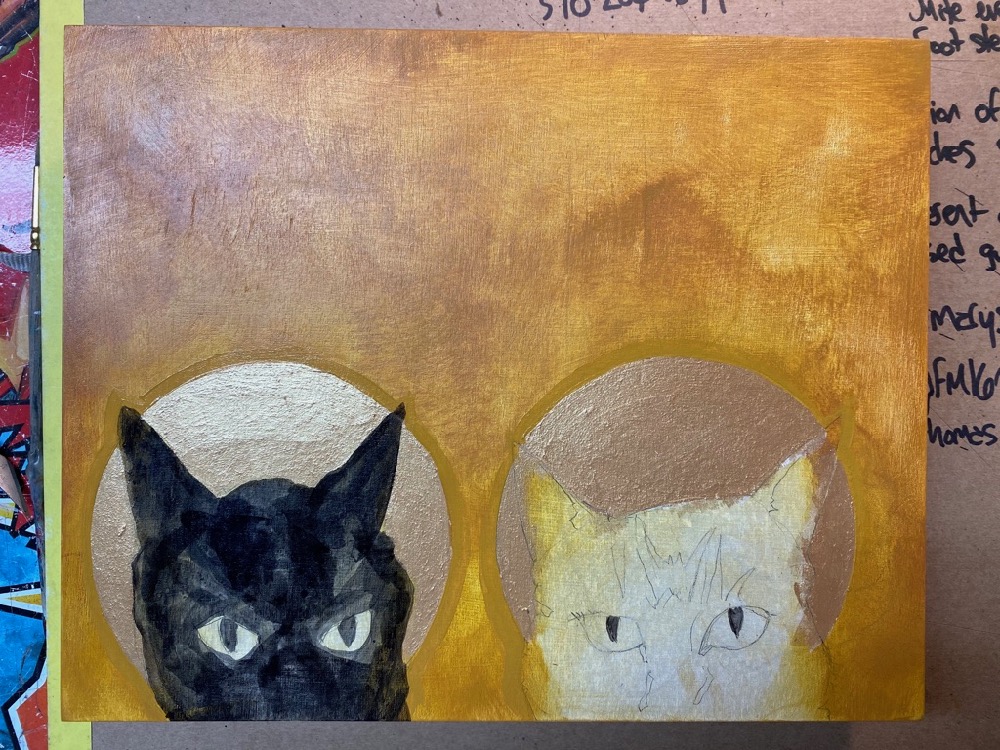 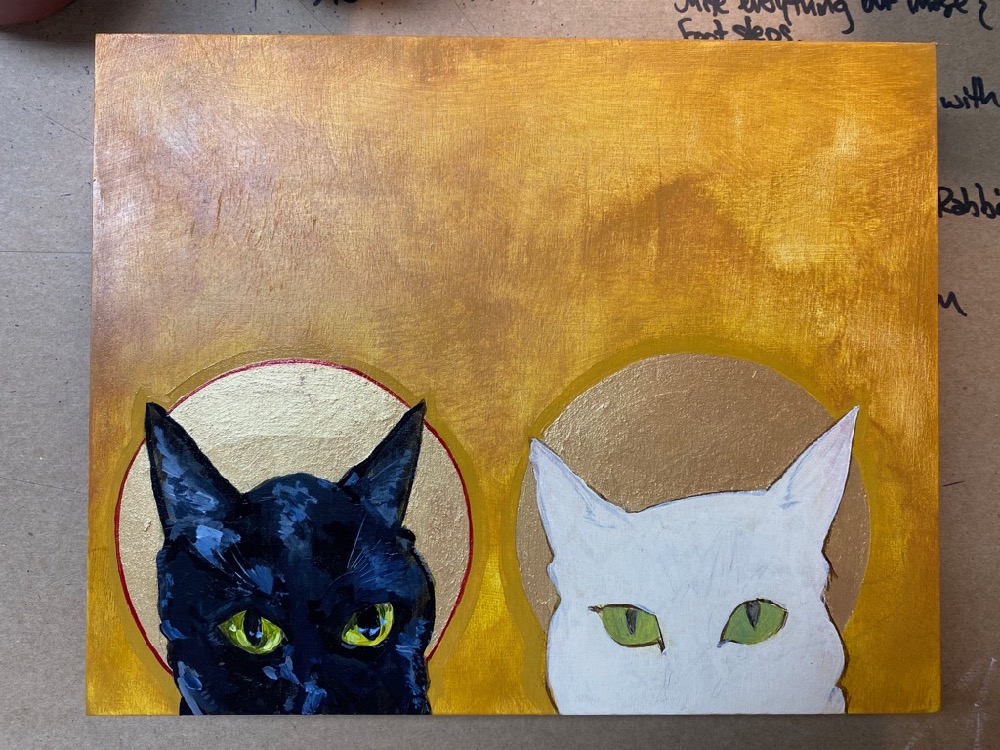 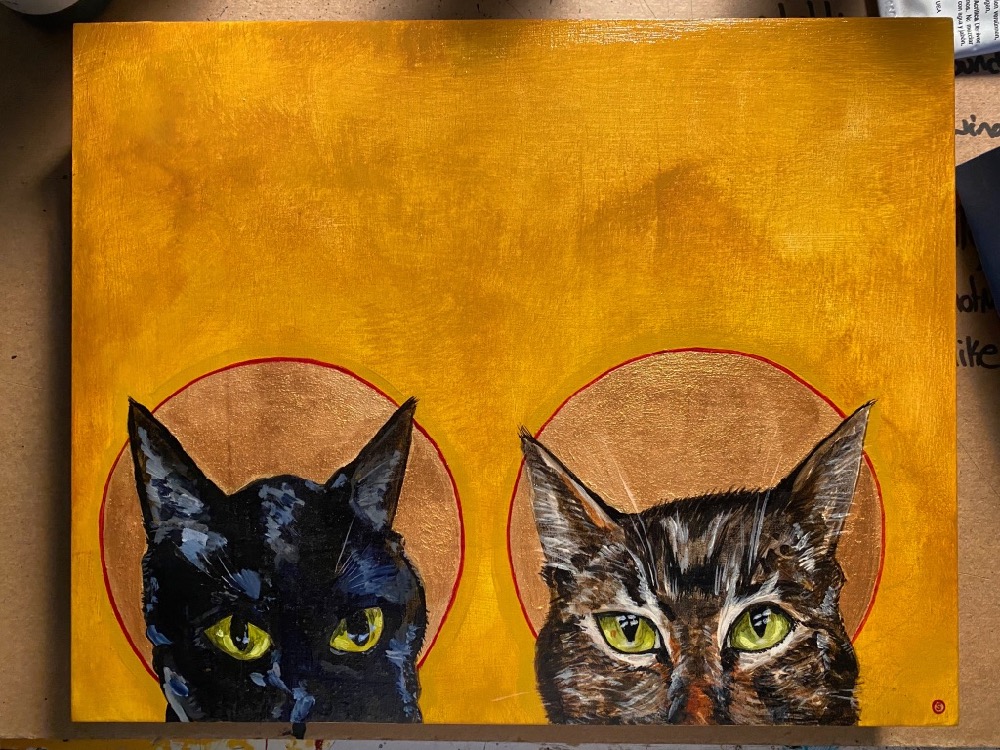 It ended up not sucking pretty well, if I do say so.

If you’d like a portrait of your animal, and you have hundreds of dollars to throw at the project, I’ll talk to my people.

So here’s some pretty bitchin news- Folks who’ve had their ears to the ground are up to speed on the fund raising efforts I’ve been getting into with the ‘Do No Harm, Take No Shit’ shirts the last bunch of weeks, (of which I’m out, again.); 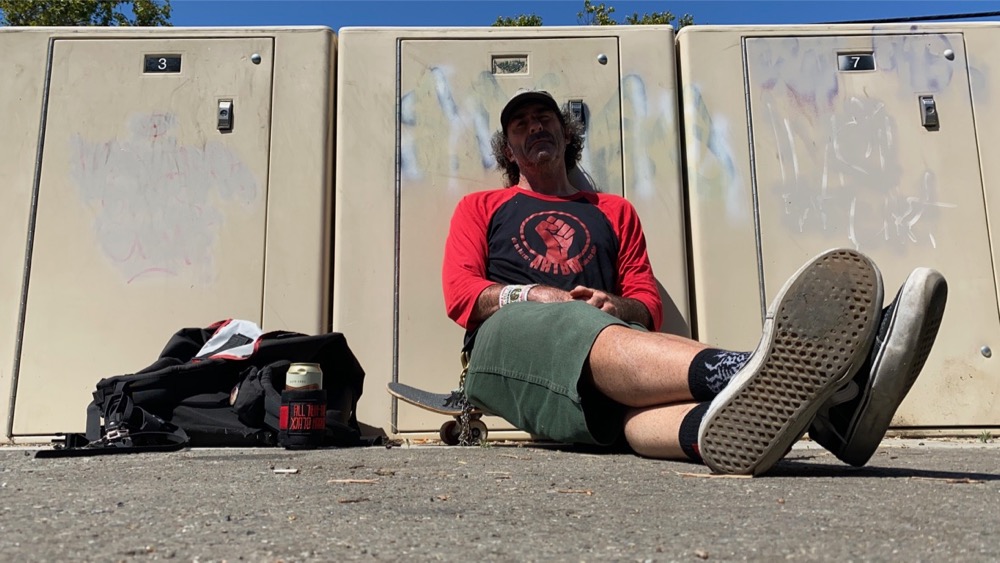 I have a new order in with my screen printer for the fifth(!) round of shirts, so it’s likely we’ll be seeing those land in another week or so. Anyway, as of right now, today, we’ve generated $2,332.00 for Black Futures Lab, and The National Coalition Of 100 Black Women respectively. (Truth be told, I’ve split the proceeds just about down the middle).

I mean, I’m no Bronxxx who recently raised $20,000 for Breonna Taylor’s family/Fiancé’s defense fund, which I think is a spot on thing for a bunch of middle aged, broken down punkers to do. But then again, just noting that I’m not The Bronxxx is about all that needs to be said anyway, which reminds me- It’s been a while since I’ve posted this clip;

Vocalist Matt Caughthran taught me everything I know about dancing.

I can’t remember, but I’m reasonably sure I saw their final show before they took off for this tour, or maybe it was a year prior. This clip (as well as this one) perfectly exemplifies how absolutely brilliant this band was in their prime. Don’t get me wrong- I still adore them, but this era was their absolute zenith.

That said, I have to take exception to the name of the production company, what was responsible for the clip. ‘Mosh Cam‘?

I don’t really care what you do, as long as you never use the word ‘mosh’.

9 Responses to “Open this pit up.”