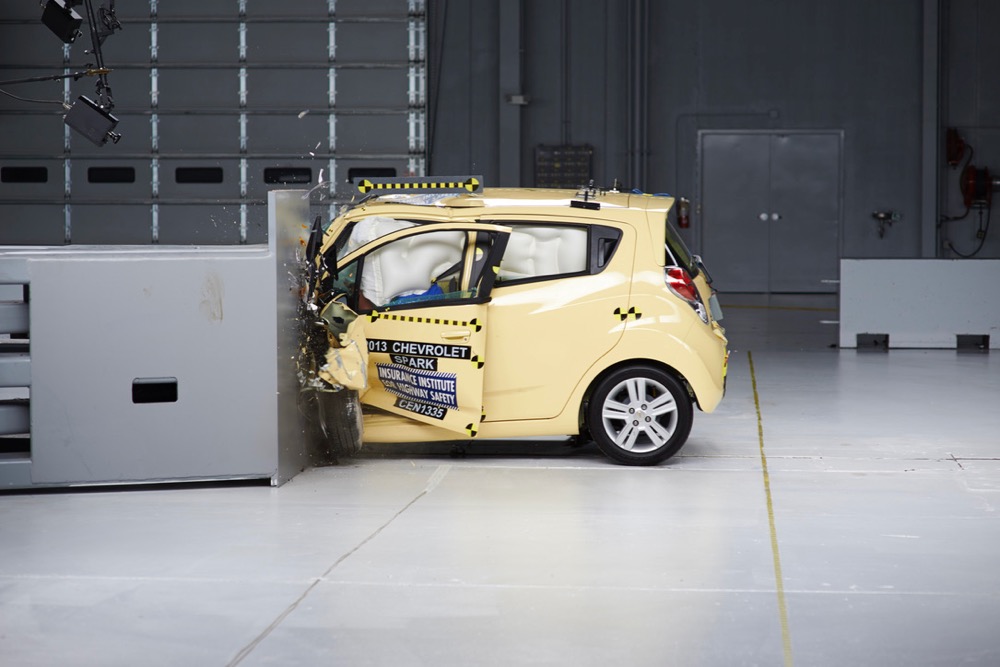 If I remember correctly, I believe the above phrase was first coined by marathon runners when referring to getting to the point of physical exhaustion leaving a person wobbly like a drunk baby deer on ice;

Any of us who’ve ever raced/ridden a bike to the point of simultaneous physical and mental collapse can relate to what it feels like to have our tanks devoid of any remnant of fuel, physical, emotional, or otherwise.

Maybe some other group coined the phrase, but my point is, that wall comes in all shapes, sizes, and abilities to absolutely decimate.

Perhaps a key to lessen he proverbial impact is to either bury yourself in distractions, which to my mind is rarely sustainable, or to perhaps embrace the small, sweet pieces of life that might otherwise be overlooked. Unfortunately, that is sometimes harder said than done. Recently I did have a supremely pleasant exchange however, which helped to narrow my focus considerably. On Saturday I had the opportunity to spend a long day working at a grow operation in the sierra foothills. While I did appreciate the chance to line my pockets with a few more dollars than I would have otherwise, the bright spot of the day was getting to engage with a most amazing little being; 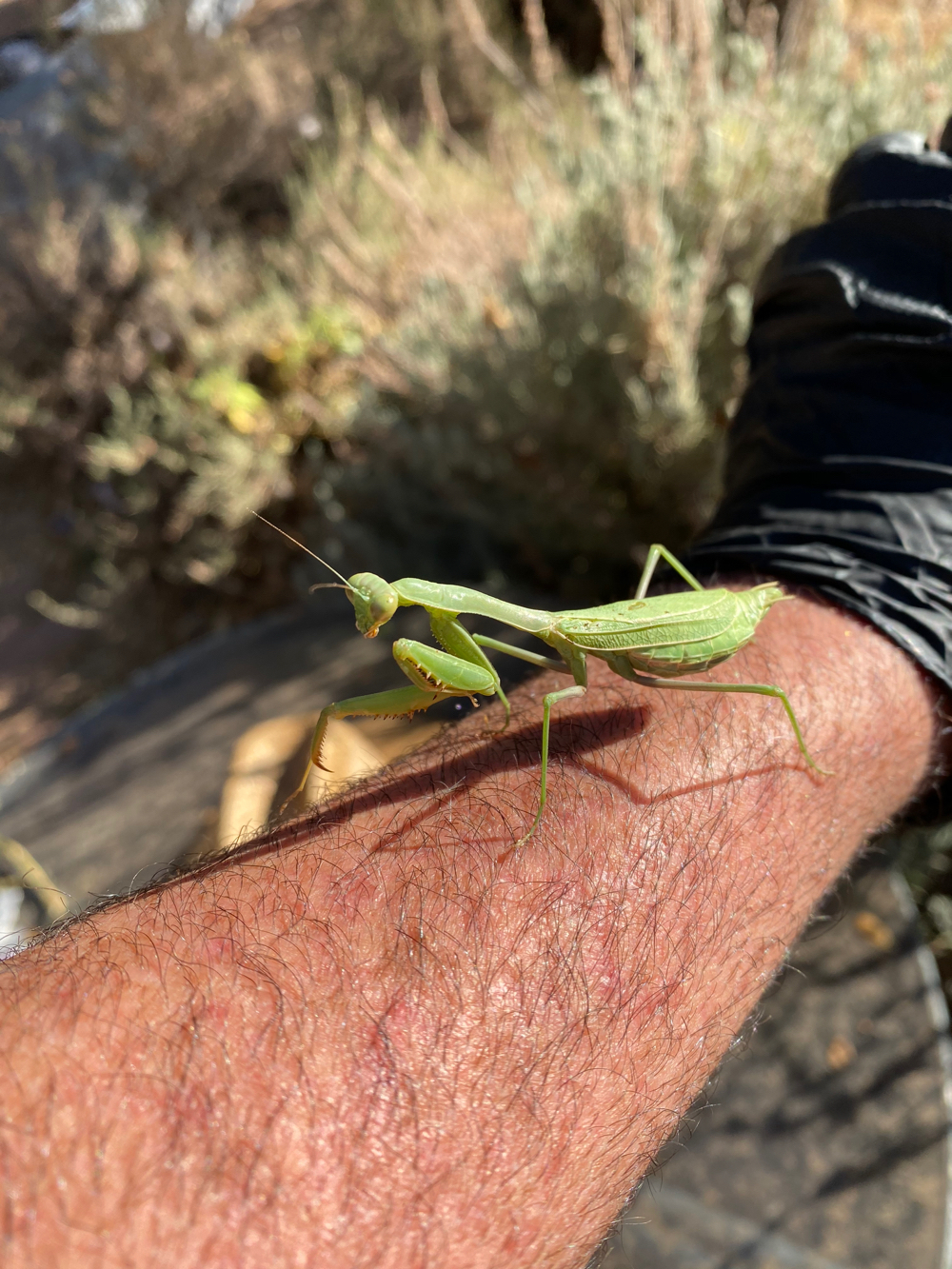 Reflecting back on it, it reminded me of the scene in ‘Grosse Pointe Blank’ when Martin Q. Blank meets the baby at the reunion;

Perhaps it wasn’t as life affirming an experience as it was for Martin, but it felt good to look at her, looking at me, and tracking my presence with her beautiful alien head.

Upon further reflection, maybe that’s all there is to it. Just being recognized as existing by a being that has no stake in you one way or another. Simply being seen, acknowledged, and interacted with for no other reason than that.

Moving on from meandering observations to a hint of business matters real quick- As I said last week, today is the last day to get your order in for the new batch of Respect Women shirts, which you probably won’t look this good in; 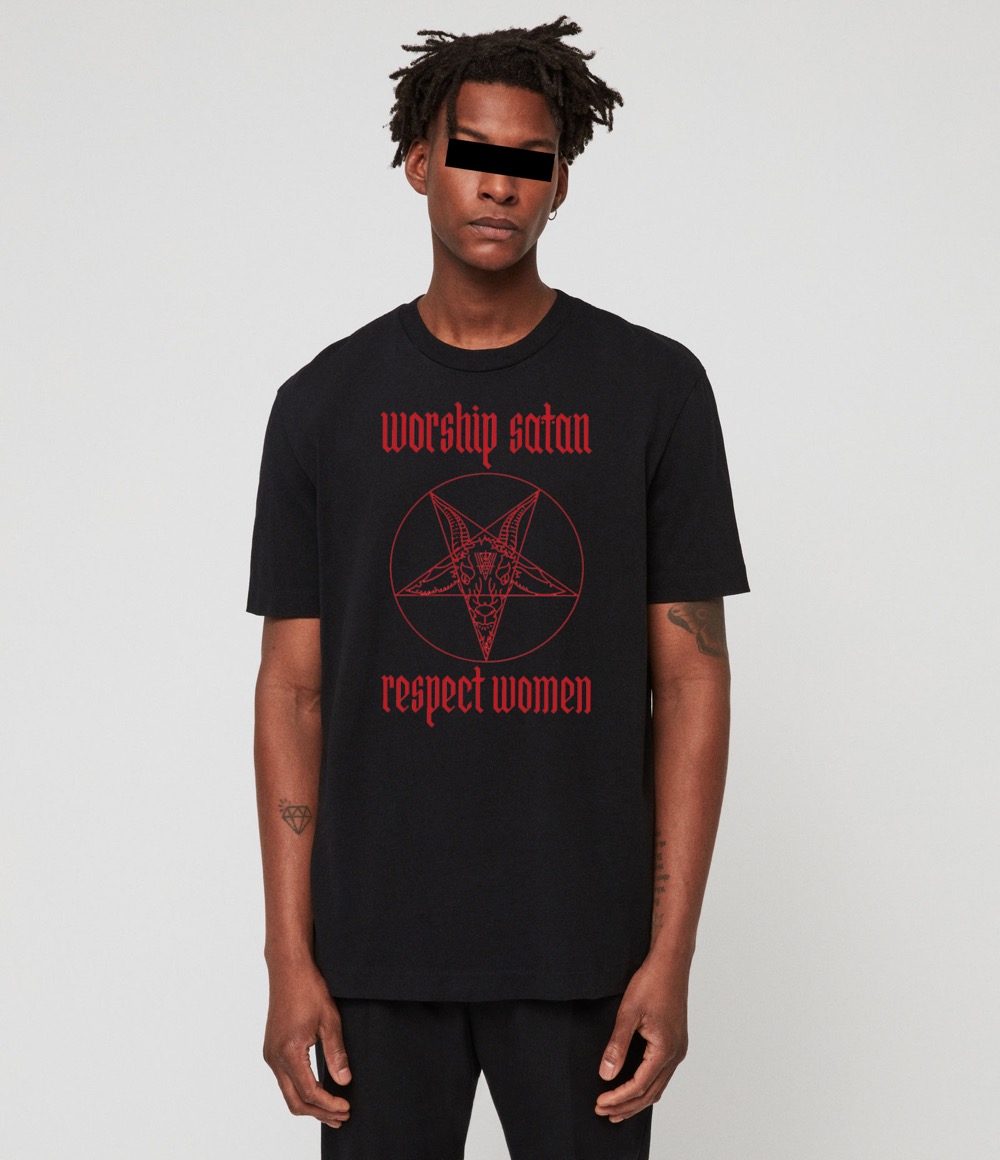 Technically it was last night, but I also realize you people are nothing if not committed to pushing things to the last minute. If I had a dollar for every email I received after various order windows have closed asking if I can squeeze one or two more in, I’d be wealthy enough so that I don’t need to sell shirts at all.

So having said all of that, here is the final boarding announcement. Speak now, or forever hold your peace, and, piece, and pee.

Ok, now here’s some info you might or might not can use. Back in January I let folks here know about a band called the Idles. Since that time, they have literally set the world on fire with non-stop touring, and the recent release of their third LP entitled Ultra Mono; 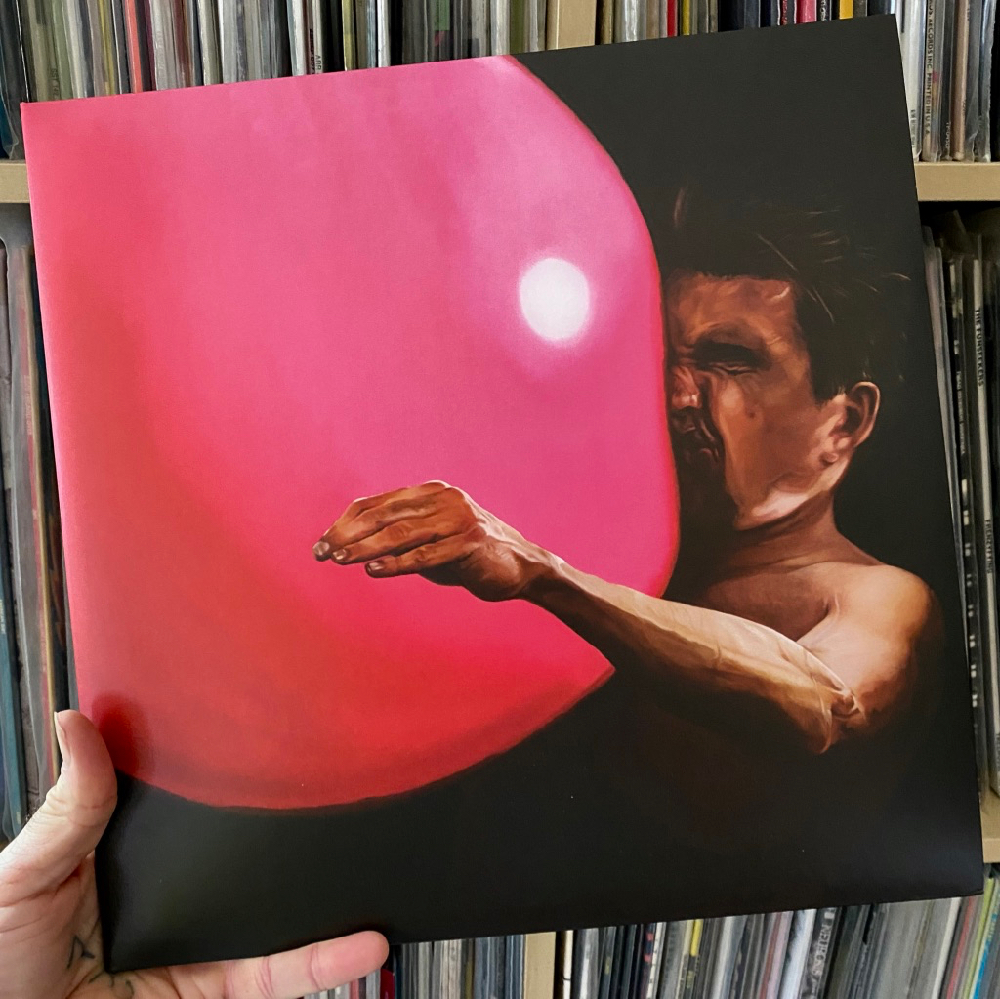 Unless you’re a dipshit music critic who writes for an even dipshittier music blog, universally this band is beloved the globe over. If you understand the genius and connectivity between The Birthday Party, Scratch Acid, and The Jesus Lizard, then The Idles is for you (as an interesting note, David Yow is featured as a guest vocalist on four of the twelve tracks). If you’re especially excited by the newest edition of ‘Now, That’s What I Call Music Volume 237‘, then this might not be your cup of tea, but for those of us who know and appreciate how the aforementioned bands fit into our ear holes, then I can’t recommend ‘Ultra Mono’ enough. If I were to criticize the band at all, I would say that while musically, their sophomore effort ‘Joy’ was second to none, lyrically, it left a bit to be desired. However on Ultra Mono, that deficit, however minor, has been remedied completely, and just like ‘Joy’, the opening track is a gut punch;

And when I say I love the record, I’m not just whistling dixie.

I will also note that the vinyl didn’t come with a digital download (I may have been emailed one, but it passed under my radar), so begrudgingly I bought the album twice. However, when I emailed the label they happily provided me a code, which I gave away to a lucky individual this past weekend who was able to answer a trivia question;

Should this ever come up in conversation, or you need a bit of banal trivia for your own give away, the answer is four dollars; 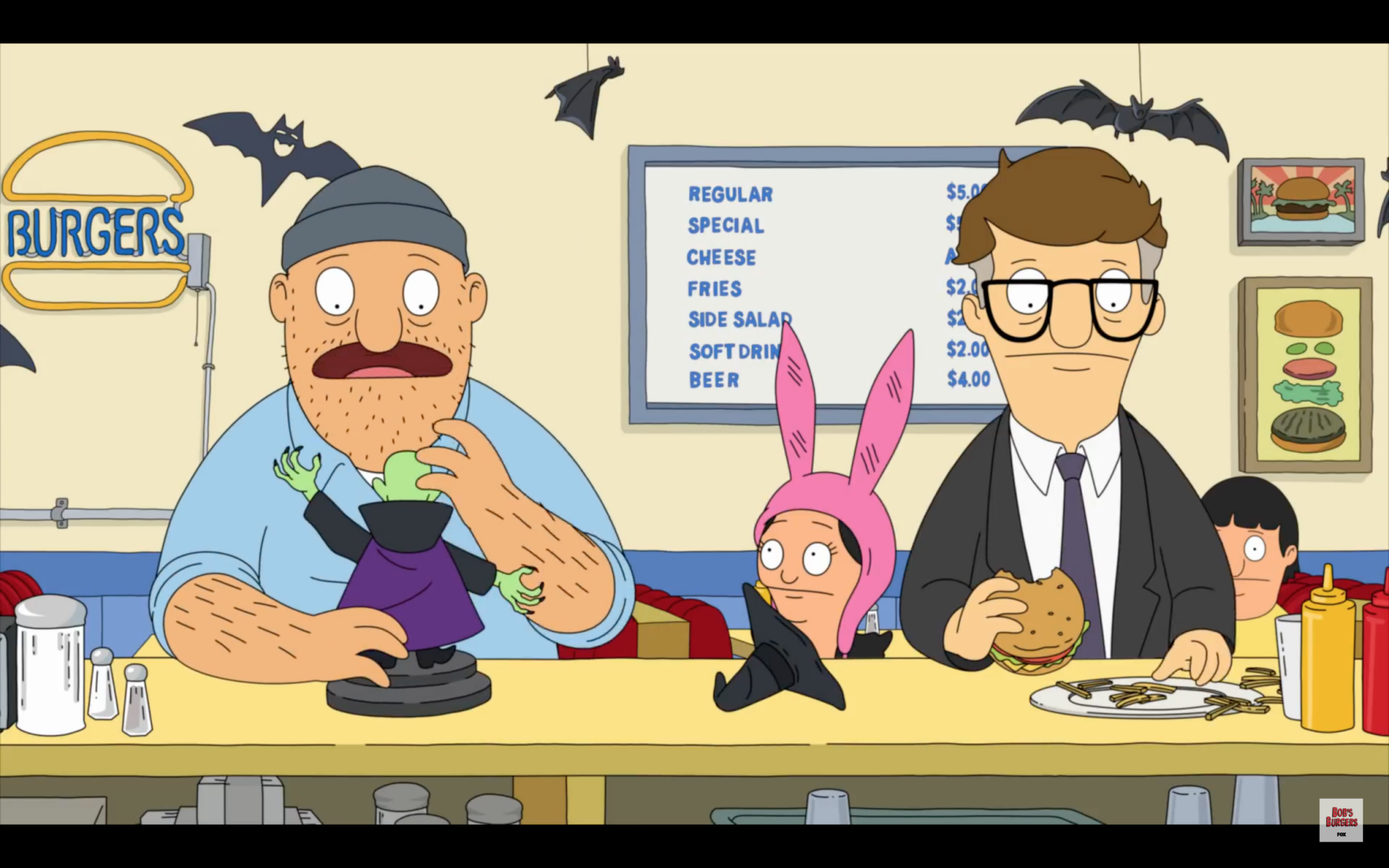 I trusted the person who gave the right answer to have not done an internet search, but like Les Savy Fav vocalist Tim Harrington said on their 2008 live release, After The Ball Drops upon finding an audience member’s wallet in the fracas, “I’d rather give away someone’s ID and have been trusting, then to give it to the right person and been mistrusting.

I’d rather take someone’s ATM card, and get their money trusting that they intended it, than to mistrust, and not take their money and think that I’m being a sneak.” 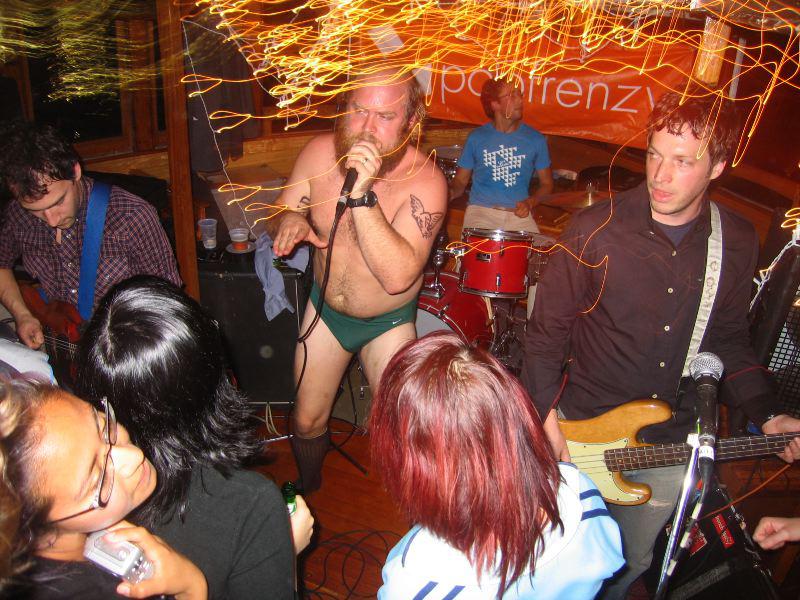 So there you have another Tuesday done and dusted. I felt a little ragged at the start, but now that the collision has been quelled by the day’s effort, my mind is clearer, and I hope you feel the same.

Now that the dust has settled, I can begin picking up the pieces, because you know as well as I do, around every corner is just another wall to either avoid, or more than likely, to hit head on.

2 Responses to “Hitting the wall.”