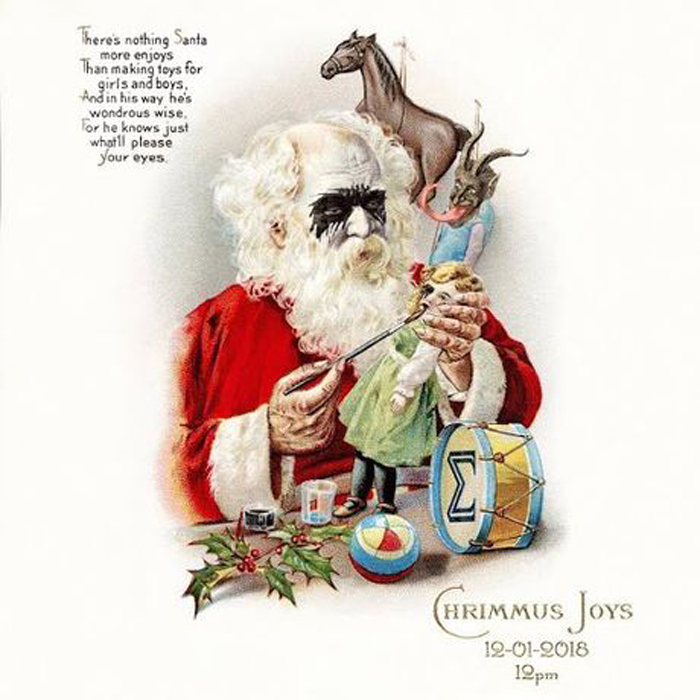 For my part, I spent a fair amount of time thinking about traditions, and their varying level of importance to me.

As a child, and like lot of kids I figure, I loved Christmas. It was one of the most exciting times of the year for me. It embodied security, safety, warmth, snow, no school, and of course, I appreciated the presents.

However, in my late teens/early 20s the sheen began to fade, as I struggled to find my place in the world. I wasn’t a little kid, but I wasn’t technically an adult, and the process of cutting down a tree with my dad, and decorating it with my family while side-eying my stocking was rapidly becoming a distant memory. It wasn’t until my early 30s when I came upon a tradition of my own. Christmas eve would find my friends Millionare Bob, his girlfriend Lucy and me at her dad’s house watching movies. The following morning, we would return to their house in Oakland, where we would prepare a Thanksgiving style meal, and Bob and I would drink dozens, and dozens of cans of beer.

It wasn’t a thing that holiday specials were written about but it was mine, and I loved it.

Eventually I built a life with a person, and we created our own traditions, which despite my curmudgeonly façade, were truly among the best times I’ve ever known.

Upon waking up alone on Christmas morning this year, I batted back and forth the idea of a bender for old times’ sake, but instead loaded up my dirt bike, and headed for the woods; 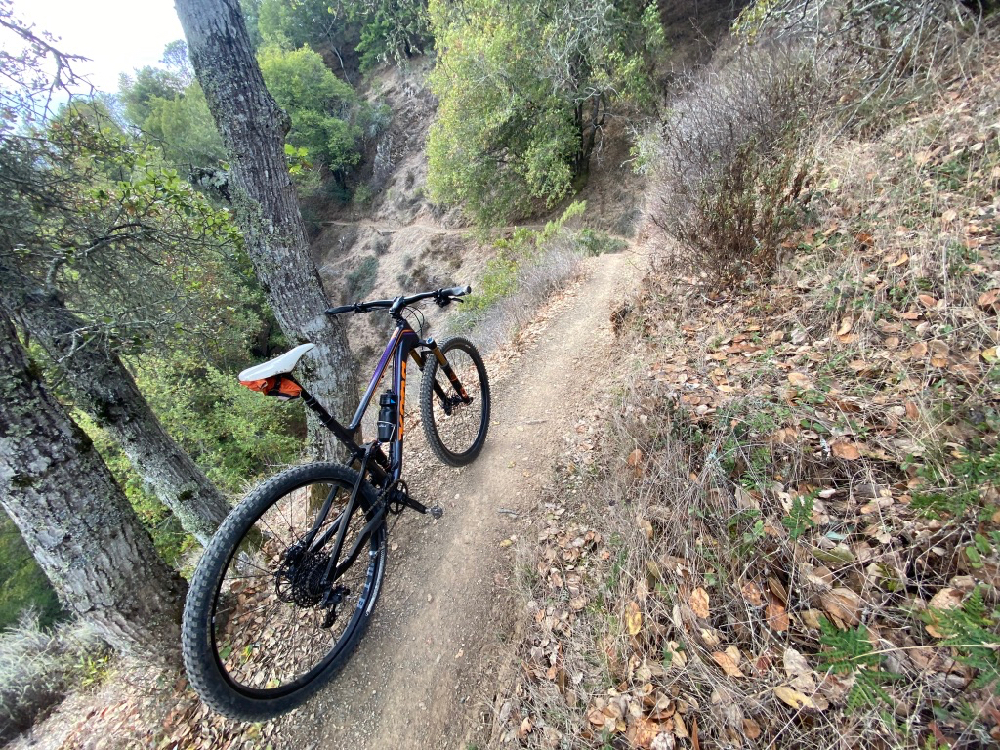 In the hours spent in the sticks, I came across all of five other people, and at least twice as many young deer. Eventually the overcast skies turned to rain, and as the drops ran down my face, I decided I made the right choice.

Upon returning home, I heated up some leftover pizza in a skillet, drew a bath, and remembered that Christmas is not only the day when Satan visits good children the world over, but it’s the day that the annual Tired Skateboards video is released. So with a cracked beer in hand, I sank into the hot water, and let the visuals sooth my eyeballs;

I have to say however, unlike years past, even a brief inclusion of luminaries such as Rodney, and Daewon, the featured squad are far from tired.

Anyway, as the day progressed, and as lonely as it flirted with being, the various components fell into place pretty well just the same. Maybe these will be the things I do going forward.

Unrelated, save for the fact that I opened the following email at some point during the Christmas afternoon, but I heard from Ryan at SLC’s Saltfire Brewing regarding a label I drew for them a couple of months ago. Truth be told, I’d pretty well forgotten about the project altogether, and figured they’d scrapped the idea but lo and behold, they put a bit of spit shine on it and readied it to wind up in the midst of a wizard staff; 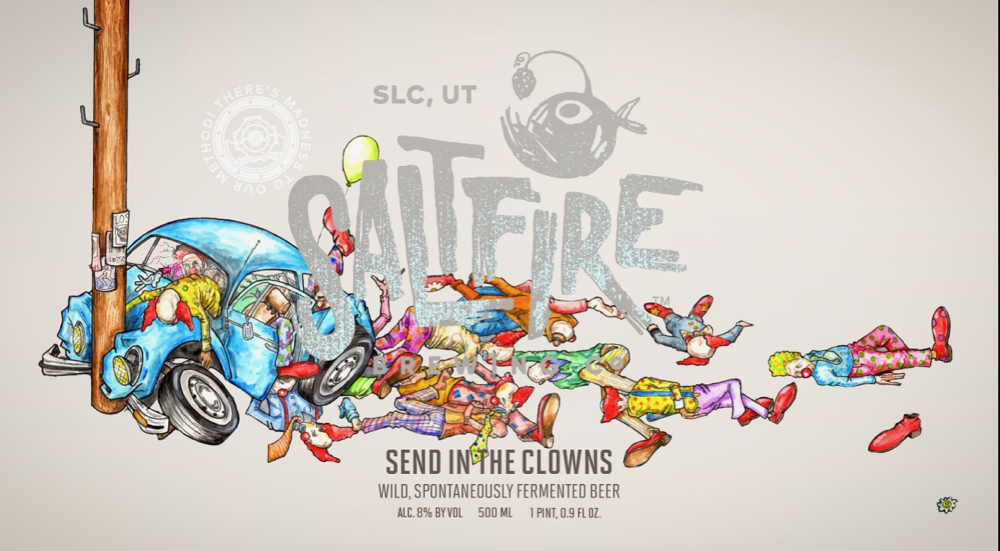 The powers that be said they’re not quite sure what kind of beer they’ll be putting in there, but keep an eye peeled to their socials, and we’ll all crack a can when we’re able.

Not relating to lowbrow clown drawings in the least, but over the weekend I stumbled across a lovely movie I’d like to recommend to anyone who has a vacancy in their queue. It’s a Scandinavian documentary called ‘The Painter And The Thief’, and it’s absolutely beautiful; 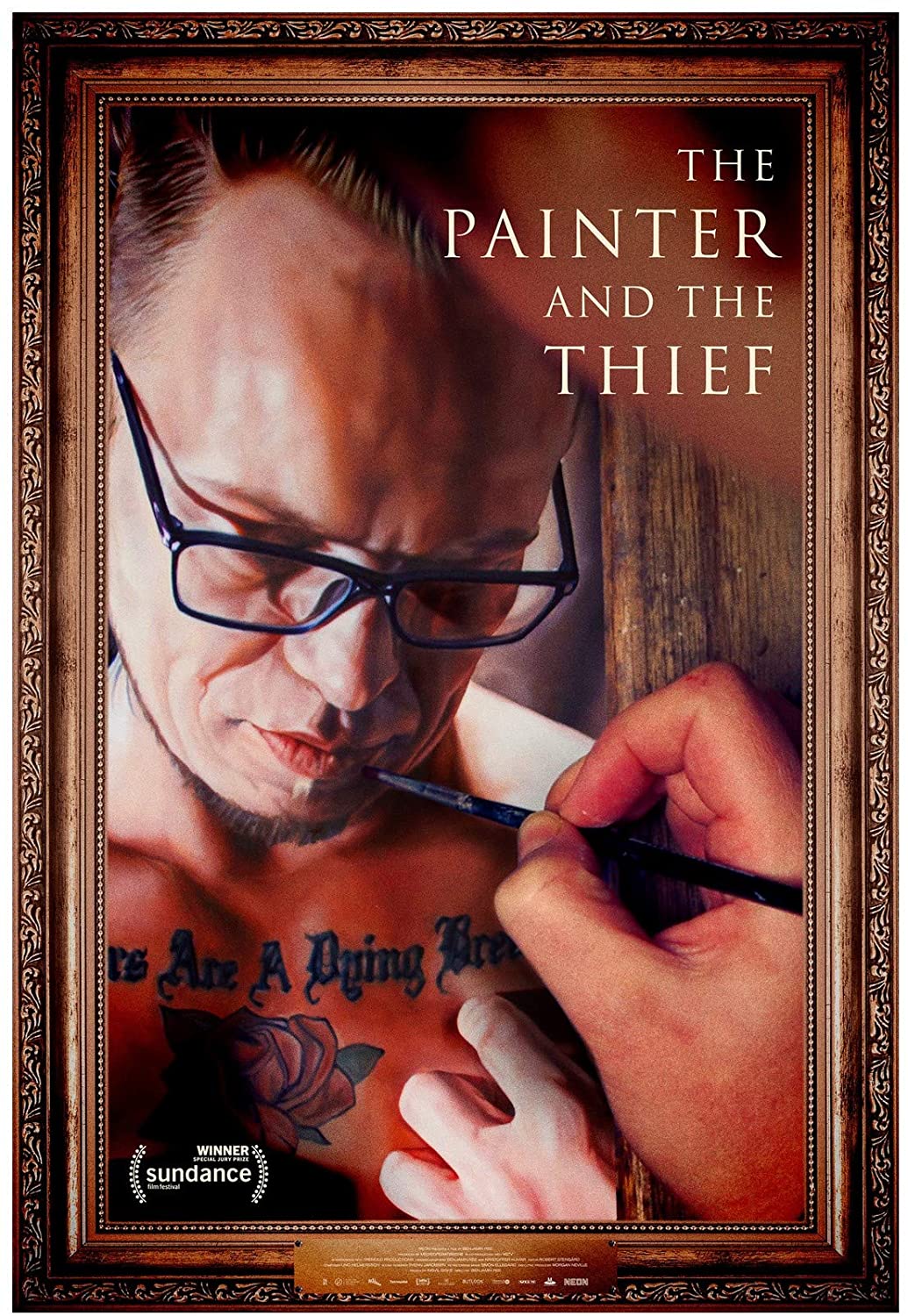 As I limp into 2021, saddled with the baggage of years of attempts at learning how to not only forgive myself, but to forgive others around me, coming across this film was vitally important;

Don’t hold my love of ‘Hot Rod‘ and ‘Joe Dirt‘ against me. This is an essential movie for everyone to watch, and that’s a hill I’m happy to die on.

Shifting gears from people who know their way around both the front and the back of a camera to me, who does not, as I said in this post, I’ve been hustling to learn the intricacies of my fancy picture taker. I realize, it’s gonna suck for taking photos of rides, unless the person I was trying to shoot doesn’t mind going back and forth a million times. Then again, I rarely ride with people, so that kinda solves the problem just like that.

One activity it is quite good to use for documenting is skateboarding. All I have to do is perch myself in a place where I won’t get hit with any flying boards, of body parts, and fire at will. Shoot 100 photos, and I’m bound to wind up with a couple of keepers, or at least that’s the idea.

So armed with my camera, and a hankering to not suck, that’s exactly what I did; 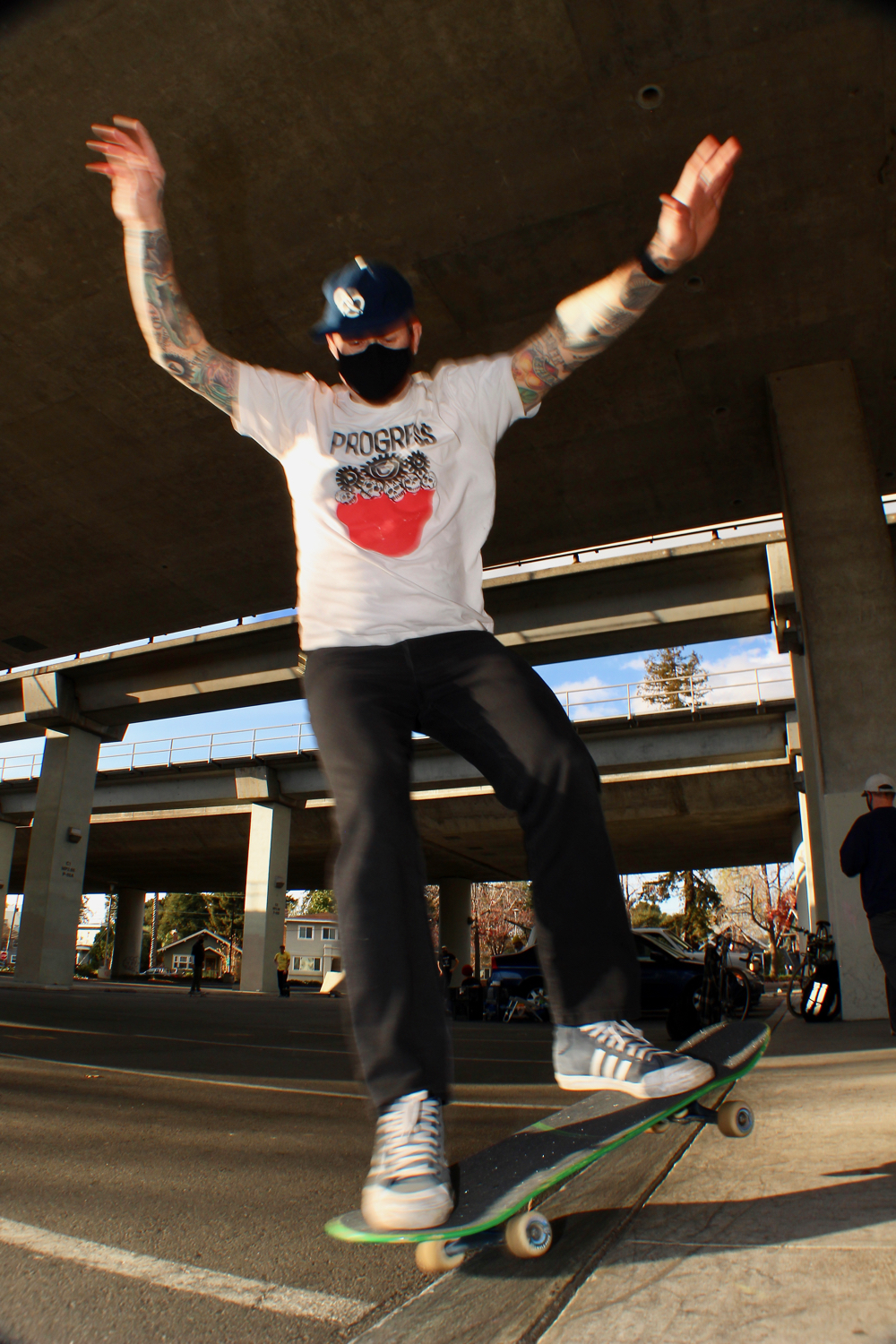 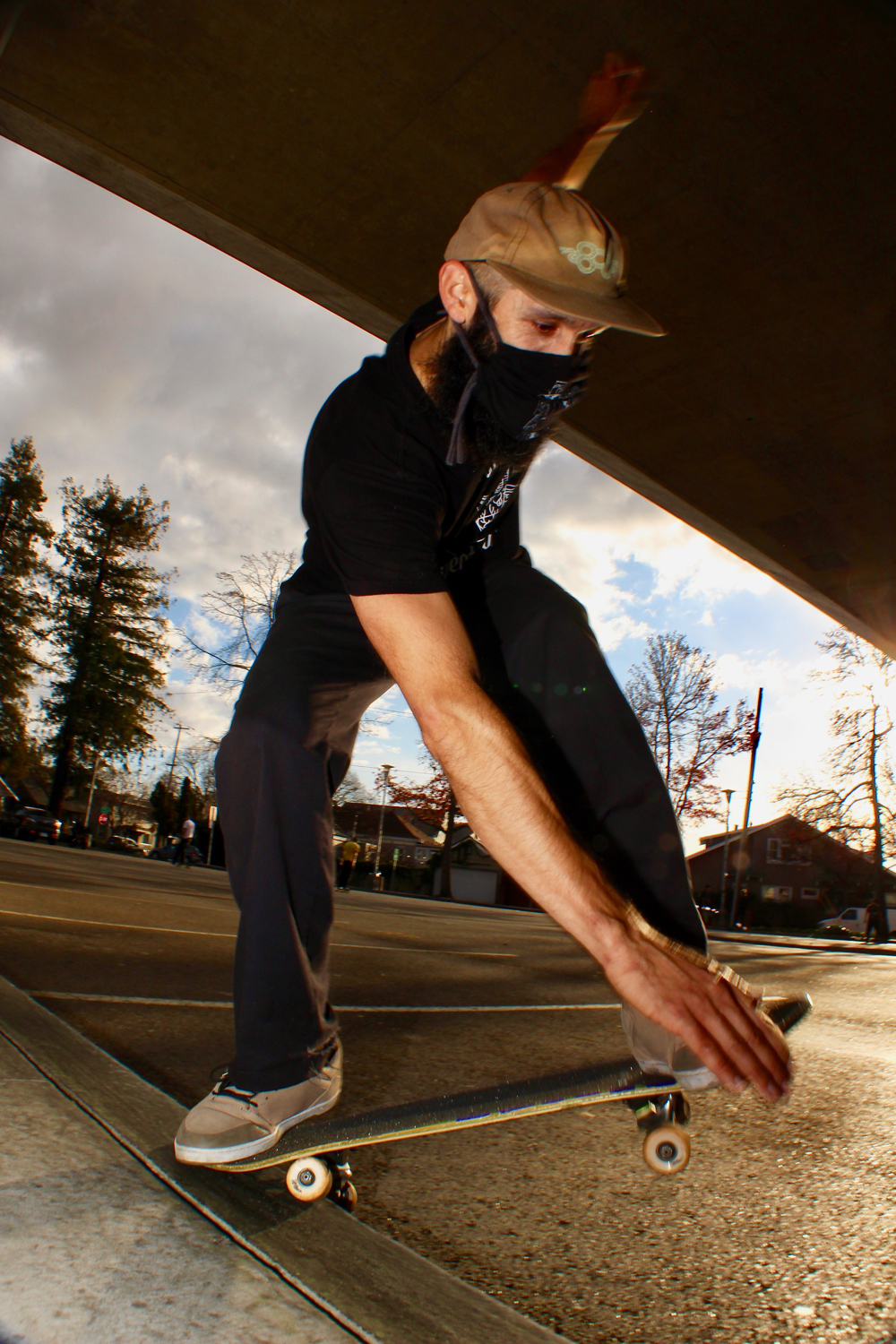 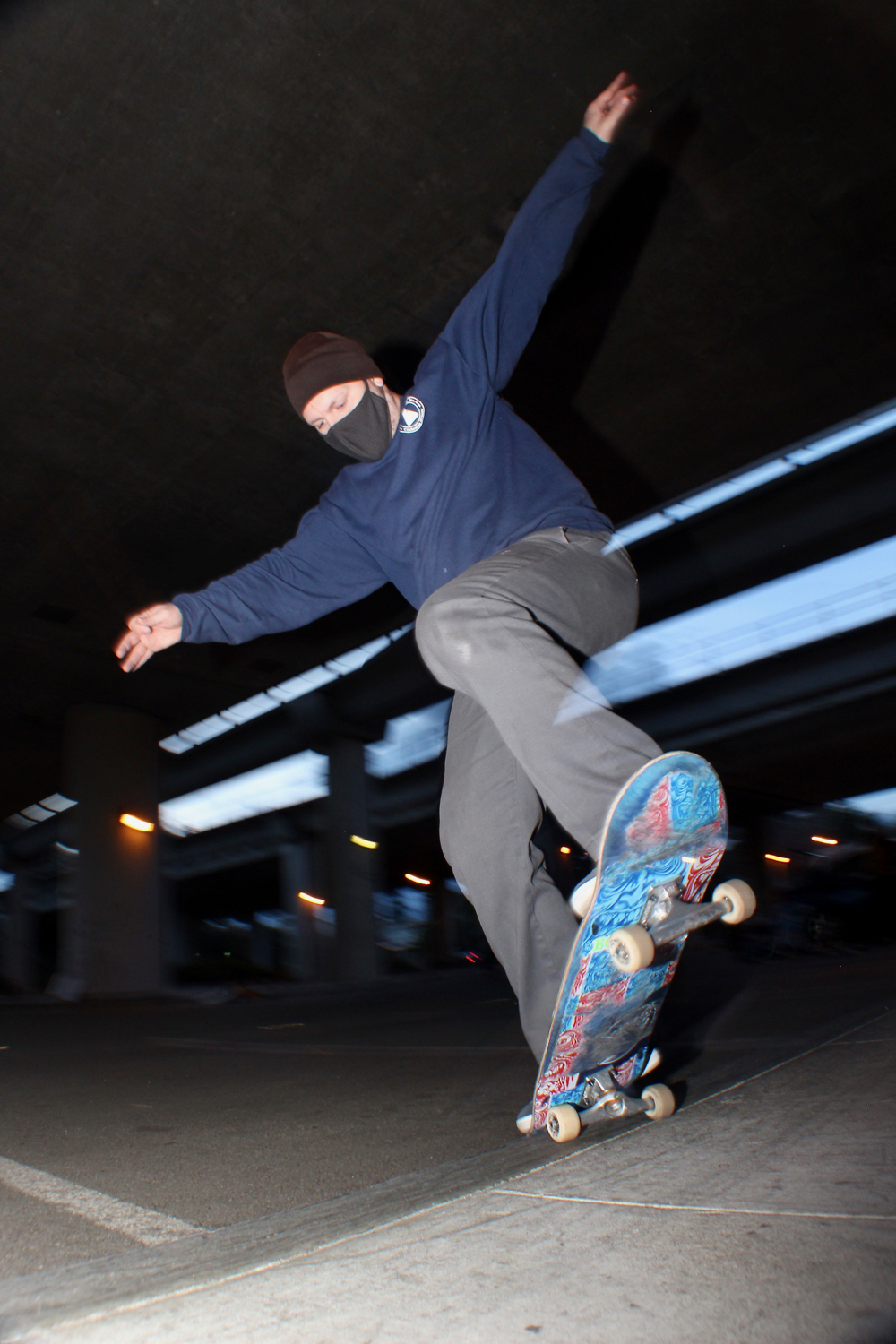 An action sports photographer I am not by any stretch, and despite the fact that so far my photos aren’t really anything to write home about, I’m beginning to figure my way around this blasted machine, which I find endlessly satisfying.

One more thing I just thought of which has nothing to do with anything, but I would be remiss to not mention- Irt was just on friday that I got a whole new batch of WSRW patches and Baphomet pins in the store;

If you’d like one of each or both or neither, or other stuff, I have it all in the store. 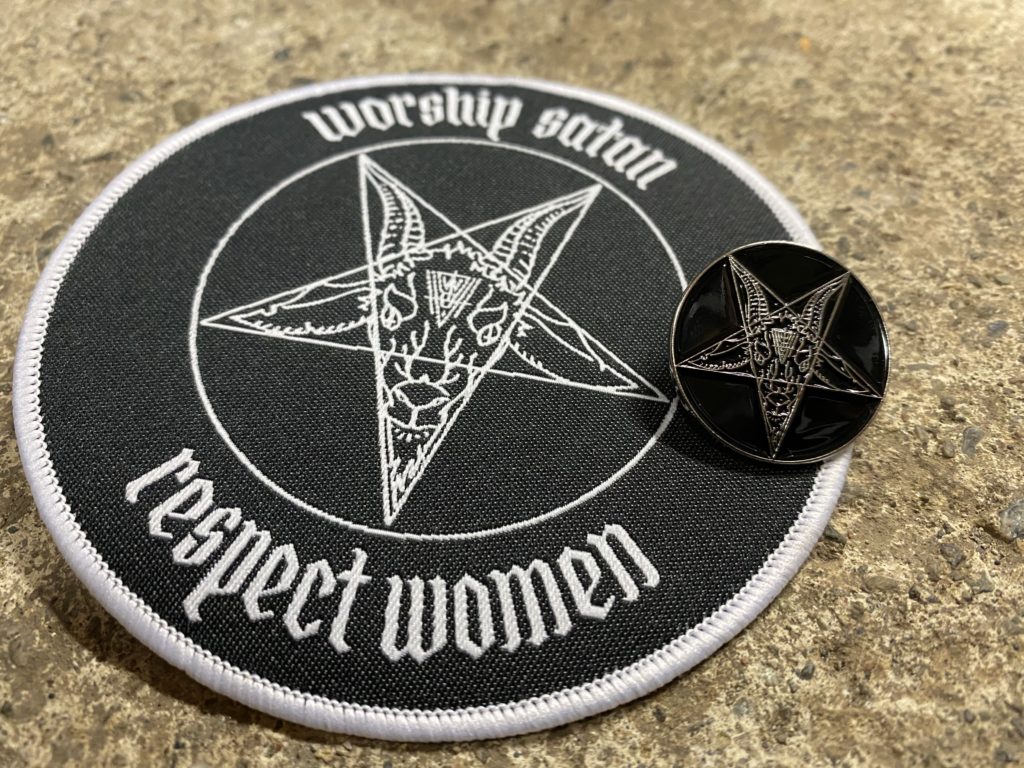 Now that we’ve come to the conclusion of today’s missive, I thank you for spending a bit of your Tuesday with me. It’s with sincerity that I say I wish all who darken this virtual door the happiest of holidays, and that whatever traditions you love the most remained intact.

It’s what Krampus would want.

6 Responses to “Here’s to Krampus bringing everybody all that they desired.”