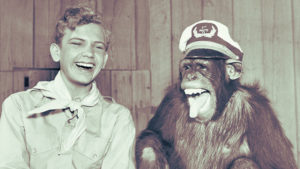 The newspapers, which are, by and large, no longer made of paper, are full of stories about runaway inflation. People are paying for a tank of gas with a kidney and two fingers off their left hand. Burritos sometimes cost more than ten bucks now, and if you want to spend the afternoon at your local, indoor, trampoline park, just forget it. They don’t offer free refills at the soda machine, and you’re gonna spend $40 on Skeeball just to get enough tickets to buy the inflatable boom box. That thing doesn’t even kick out the jams. I’m not making this up.

Well, I have good news for you. The prices here at AHTBM haven’t budged one iota, which is why Stevil desperately needs a haircut and hasn’t gotten guac on a burrito in three years. That shit costs extra. For that reason, and others, we’re very grateful to all the fine folks who bought the guy a beer recently. He was thirsty, so, so thirsty. 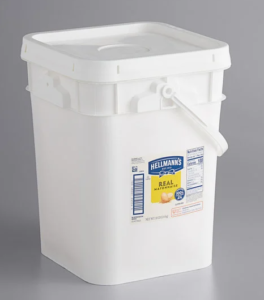 Say, have you ever wandered the aisles at Costco or some other giant retail aberration like it, maybe BJ’s Wholesale Club <ahem>, and you think “Holy Crap Hammer! Who needs all this stuff?!?” Well, the truth is, it takes an awful lot of stuff to keep humanity happy. We’re a stuff-driven species. I’m not too good for this bucket of mayo, I just don’t eat that much tuna fish.

But you don’t need 30lbs of mayonnaise or a flour sack full of Chex mix. You don’t need a catamaran or a cut-price Jetski, a pool float shaped like a hamburger or a 500-pack of blue pens (everyone knows black is the correct color for pens). If you’re an AHTBM reader, you’re built different.

Good thing for you we’re operating something like a Dirtbag Costco here at the BM (acronyms are fun). The shelves are positively overflowing with the sort of merchandise that discerning dirtbags need to go on dirtbagging around their world. Last week we talked about these sweet t-shirts and hoodies, which are both fashion statement and personal manifesto.

Just like the real Costco though, you turn the corner and there’s another mind-boggling quantity of boggled minds, and they’re giving out samples. 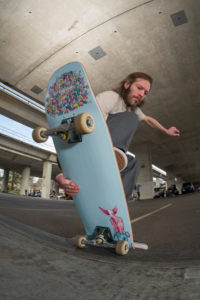 This week, we have our eye on the teetering pile of Downie the Clown skate decks stacked in the corner of Stevil’s rumpus room. This thing is a real twofer. You COULD grip tape it, bolt on some trucks, slap a set of wheels on it, and break your ankle. OR, you could hang it on the wall in your living room as a piece of verifiable goddamned fine art.  As Stevil’s art dealer, I can tell you that you would never get a piece of his for this kind of price at Sotheby’s or Christie’s. Dark money bidders from high New York society and reclusive European chalet-dwellers are phoning in bids on his stuff like it’s pledge drive time at your local PBS station.

We have so many stickers in stock, Stevil has sticker shock.

I’m not even going to mention the sweet Giro DND Gloves pictured here: 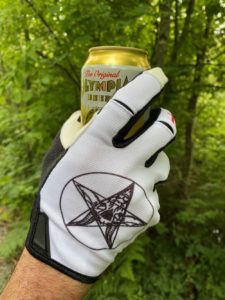 I’m not saying a word about those, because, honestly, they’ll be gone in a lukewarm minute.

2 Responses to “Here at Dirtbag Costco”