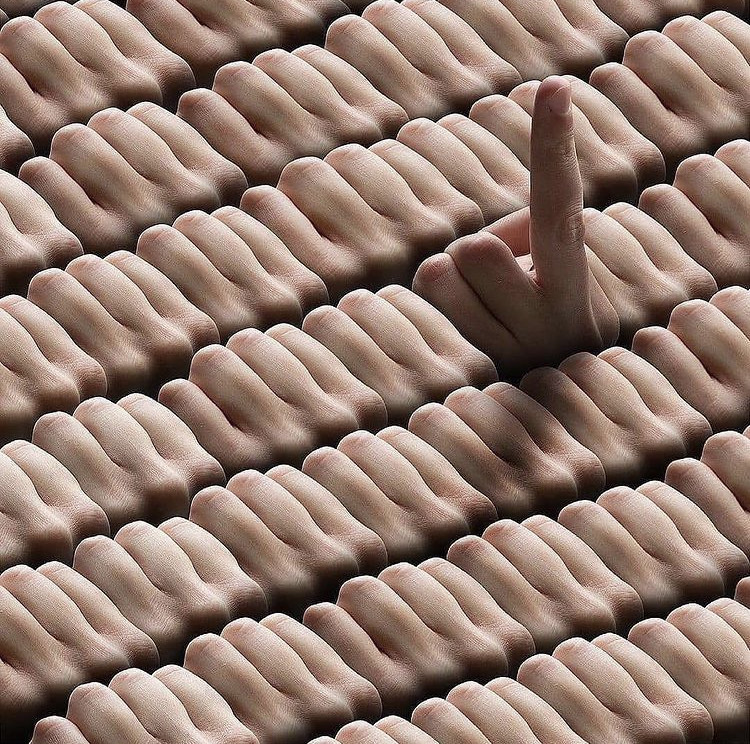 You may have noticed a subtle change here on the site recently. I gave my Revolting co-host Robot admin credentials so that he can occasionally log on here and barf out some words. Apparently he doesn’t have enough non-paying writing gigs, so he thought it would be a good idea to pile on another. The only rules I laid out were that no selfies were allowed, and I actually can’t remember the other one. I’m a firm, but fair boss.

Anyway, I’ll be damned if the old bean’s first order of business was to help keep this shitshow afloat.

You see, contrary to popular opinion, being a marginally respected bike blog douchebag (same diff) doesn’t afford me the exorbitant lifestyle one might think. I’ve currently blown my entire wad on a new run of WSRW Ts, and hoodies, and these here Giro D&D gloves (which should be here this week, or possibly even later today); As well as some new Spacecraft Collective trucker caps, which in my humble opinion are gonna be dope as hell; For the last several years, I’ve been a proponent of the Yupoong 6606 trucker hats which I used religiously. Then, I came across the Thrasher Skategoat hat, and though I don’t know makes them, has been my favorite go-to.

Well, one night while holding up a barstool, my friend Josh and began discussing hats, and it turns out he works for Spacecraft Collective, and he brought me a sample of their Sawyer. I was dubious, but because I wanted to do a new run of hats at some point anyway, gave it a go. I always say that despite my general appearance, I’m hyper particular about what I wear, and how things fit, my hats being no exception. I was thrilled with the sample, and went ahead and placed an order.

All of this is to say that I’m upside down financially, and if you wanted some WSRW goods, there’s really no time like now.

So with this in mind, Robot felt sorry for me, and made the plea. I hardly ever ask for something for nothing, and at the very least if you don’t want any of the aforementioned product, maybe think of it as a contribution to twelve years of almost free entertainment, and insightful bellyaching.

And speaking of anniversaries, I forgot to mention last week that this past Saturday was the anniversary of almost no one’s favorite holiday, Wizard Staffs Across The Universe; 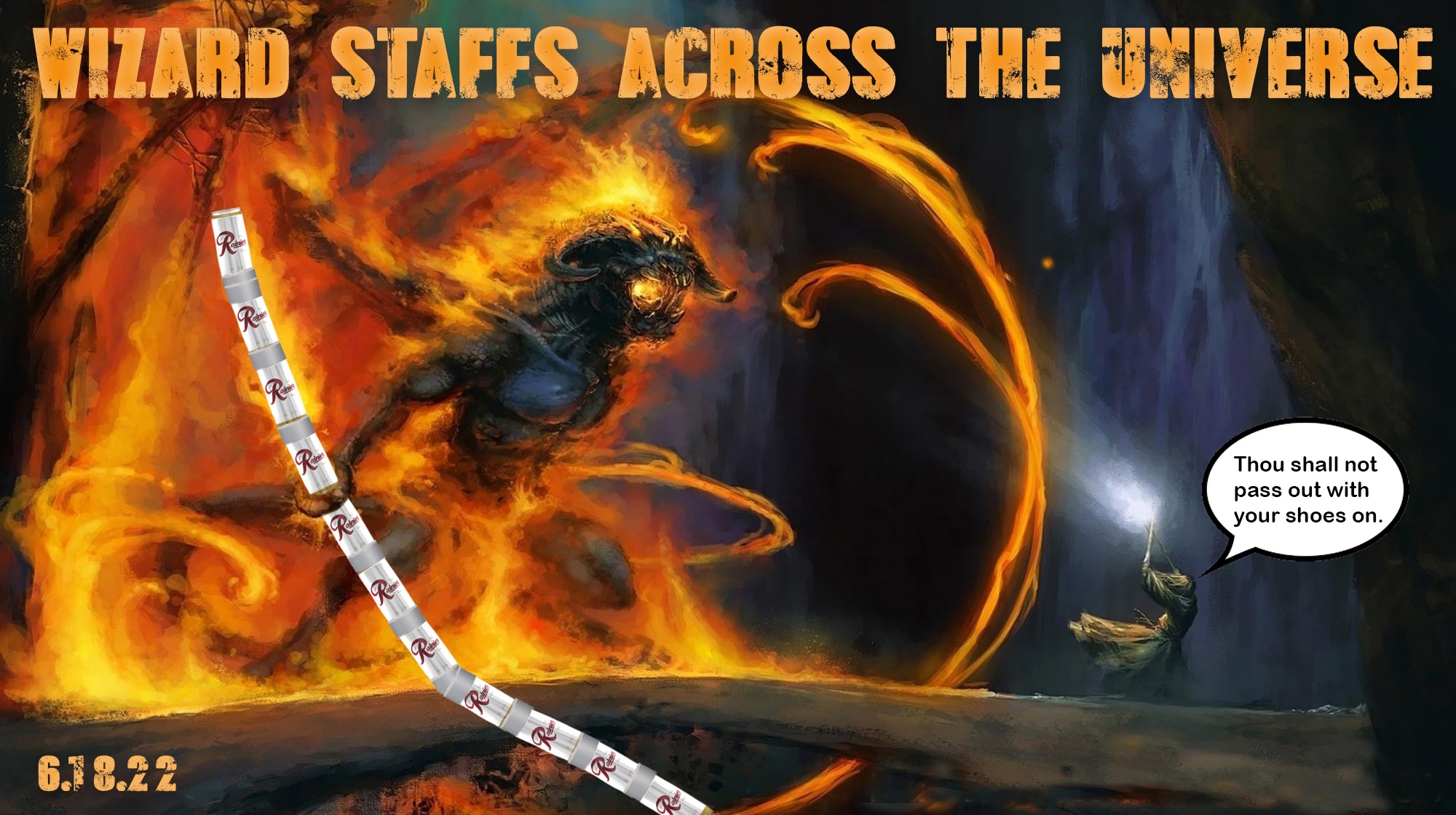 For my part, I was sure I was going to be hanging out with Hodala at another photoshoot, but then I found out that was wrong, and Sally had to work, so I tried to formulate a different plan, which again fell through. Then I found out my friend Kait was gonna be in Seattle visiting her mom, so maybe I’d hang out with her, and ride bikes around the city, but then she hurt her foot playing Rolf Ball, so I thought we’d just go to one bar. Then Sally didn’t have to work, and we formulated a different plan…. All in all it was a real emotional rollercoaster. The one thing I was sure of is that I wanted to wear all white; The best way I can answer is with this clip with Bob asking Dignan why they were putting tape on their noses;

So anyhow, we got after it and I think a fun time was had by all; 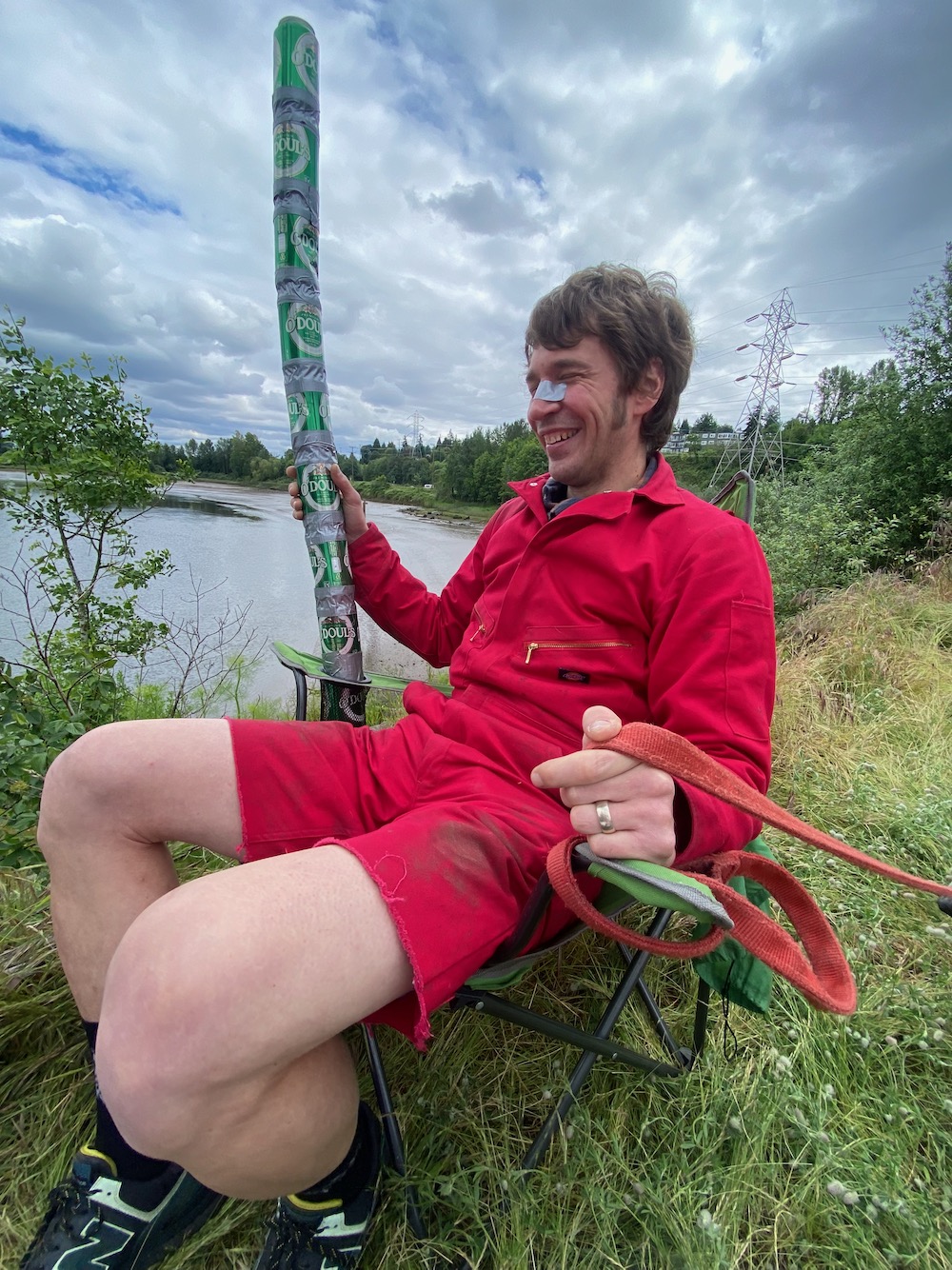 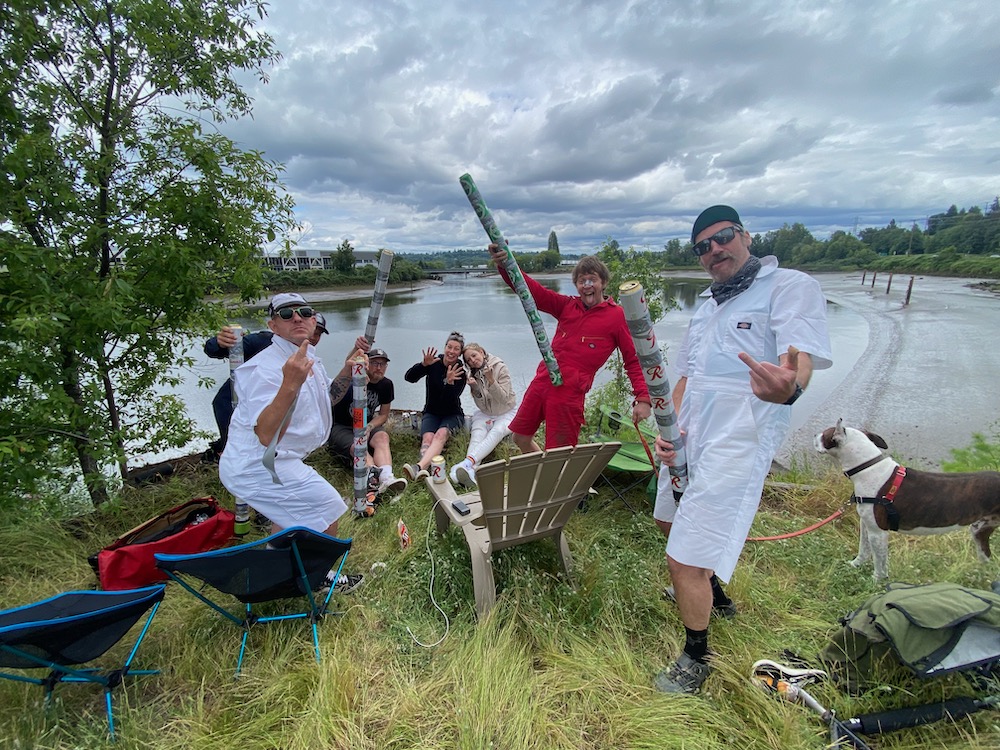 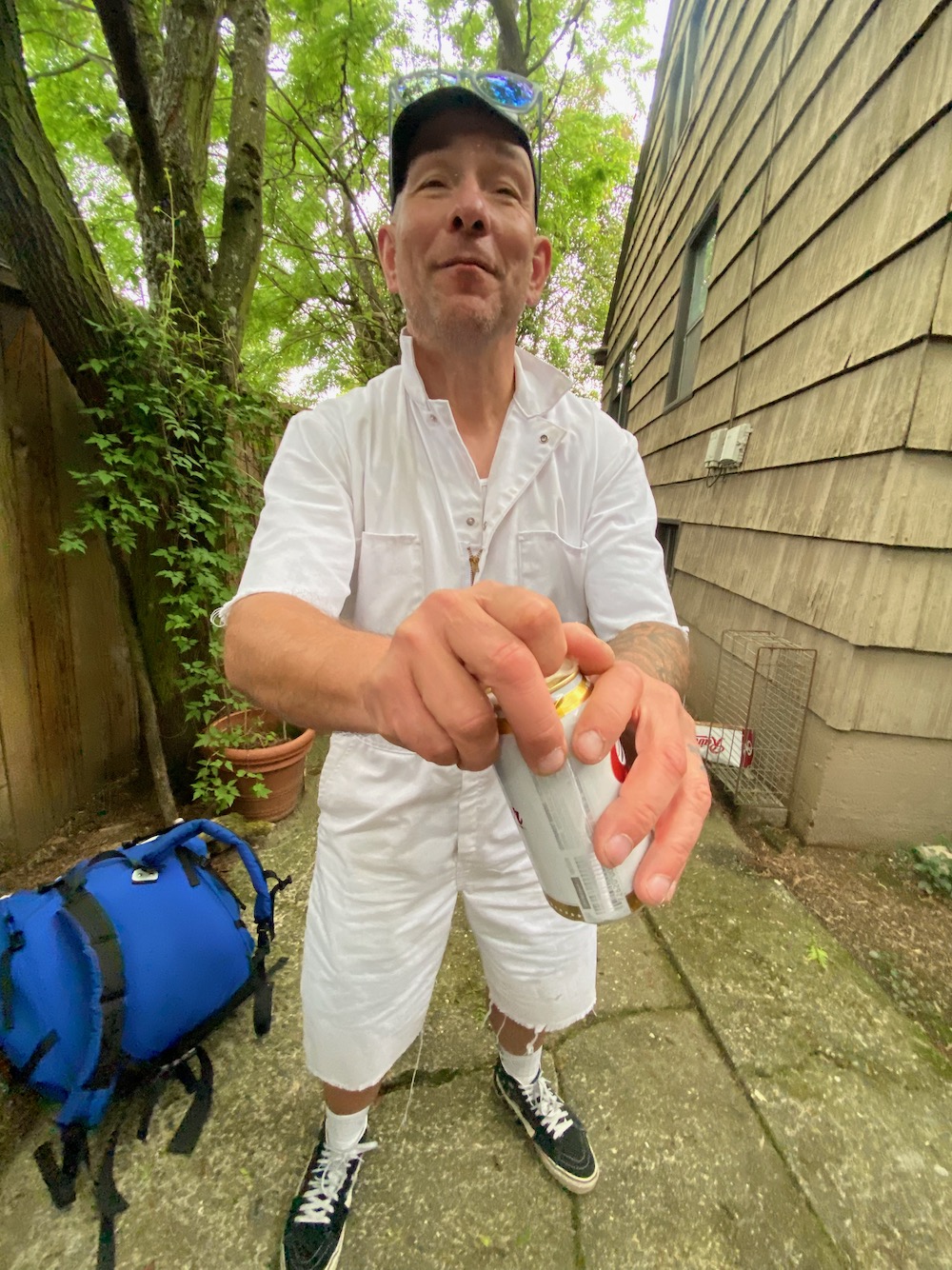 It was a lot of fun, and I emerged from it with minimal regrets, and plan on traveling the same path in all years going forward.

Moving on from those things onto others, it came to my attention yesterday that there is a brand new episode of Revolting that I think is pretty good; 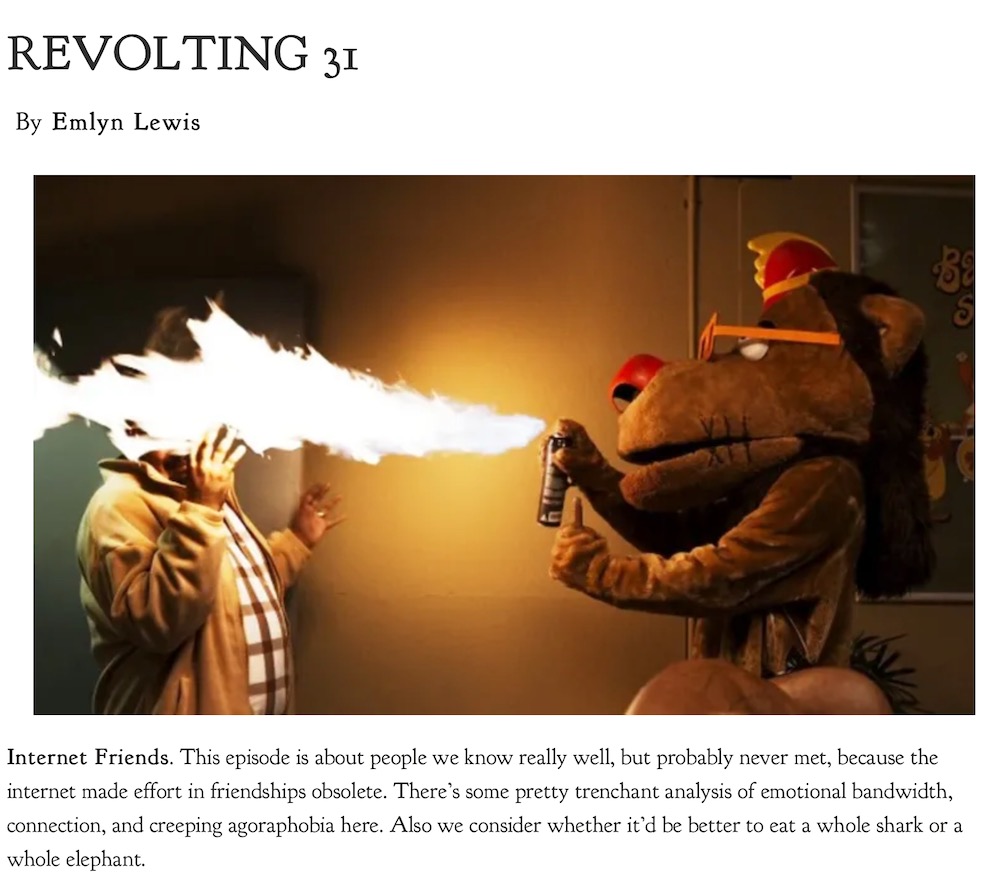 Apparently Robot and I have some thoughts regarding internet friends, among all of the other things we discuss, and if you’d like to hear about them, there you go.

I’m really happy with this episode, and will say without pause that it’s my third favorite thing we’ve done.

In closing, I would like to show you a picture of a bike I snagged from Ben this weekend; 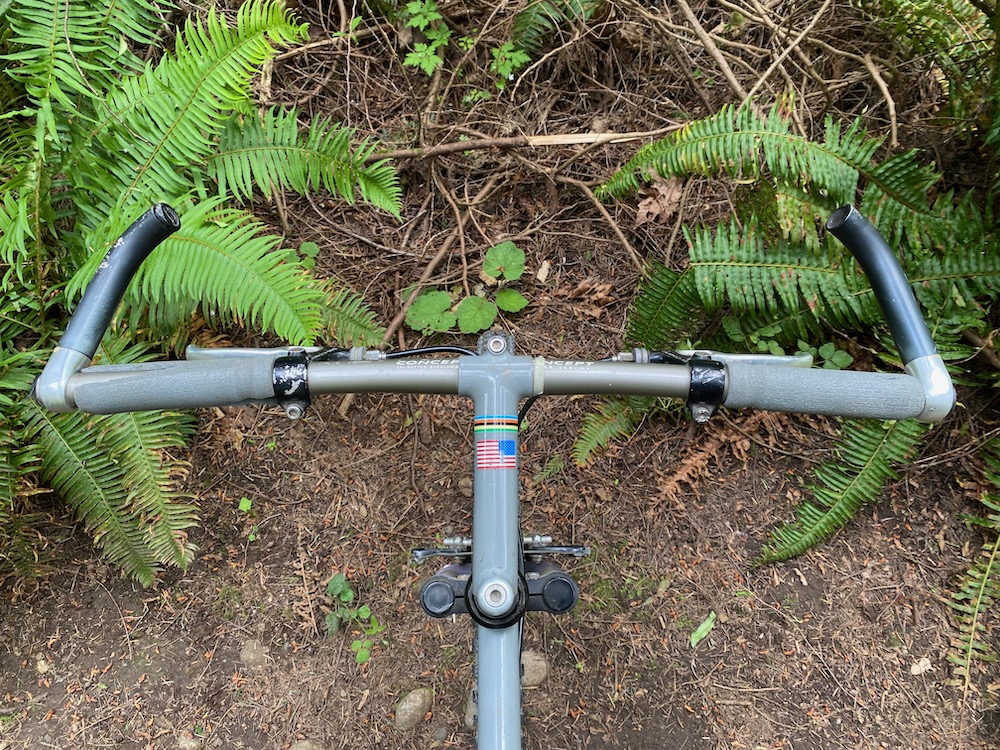 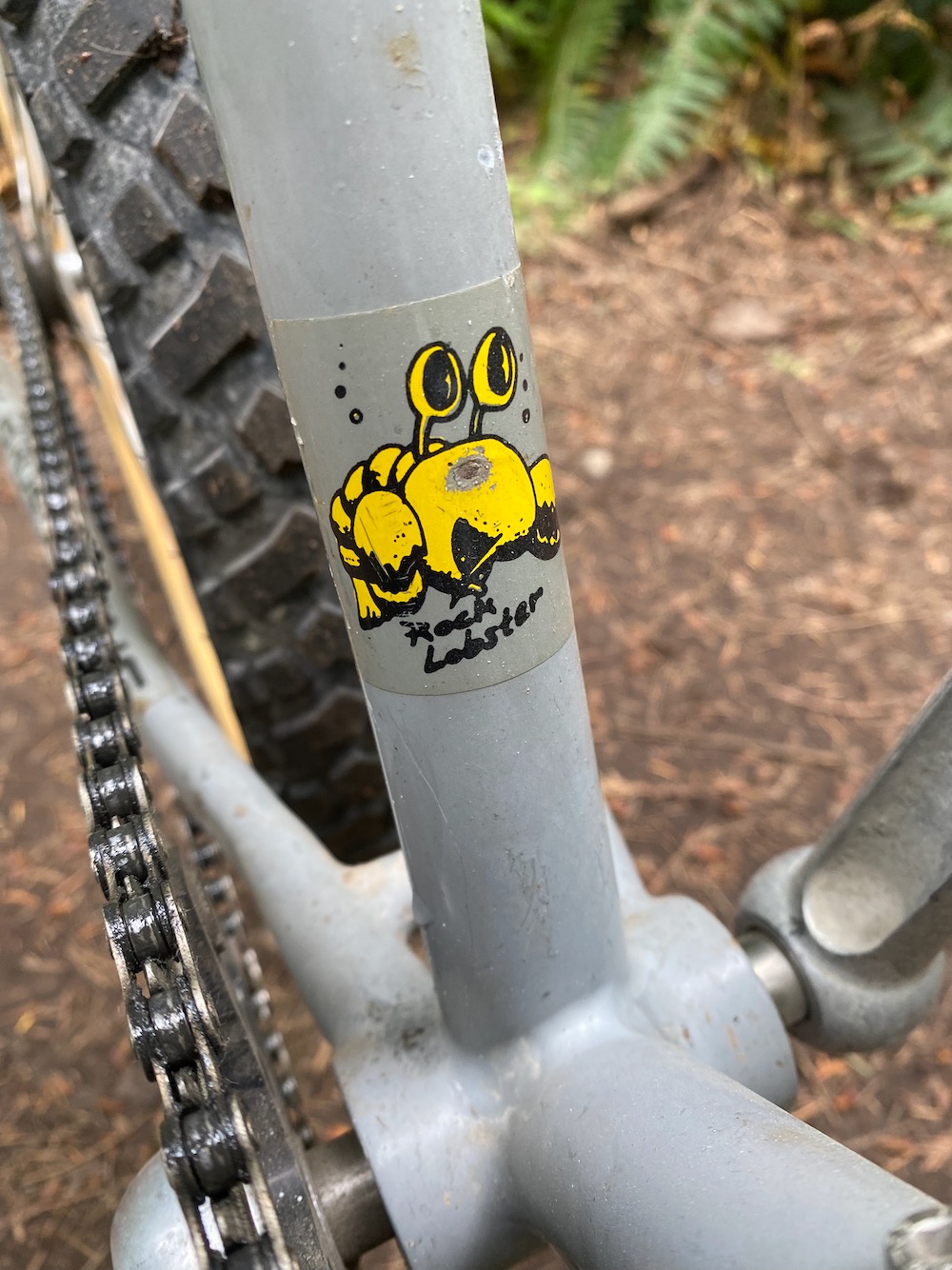 I wrote about it yesterday on the IGs, but assuming you didn’t see that, I’ll explain a bit about it here.

Back in 1987 Paul Sadoff from Rock Lobster built this for a fella named Jon Miller who was clearly a thousand times tougher than I am now. Just the same, I took her out for a rip yesterday, and with the fully rigid everything, the 38×16 gearing, and the 30 year old geometry, it was more a torture device than a happy fun time bicycle machine. I will be holding onto this bike for at least long enough to give’er, and even write my thoughts about it for a future issue of Mountain Flyer.

Other bike media people (or whatever classification I’d get lumped into) get to ride super wiz-bangie custom steeds, or prototype technological wonderment. Me? I get to ride the Shitbike, and
this torture device.

But truth be told, I figure that in a world of the mundane, I wouldn’t want to stand apart any other way.

4 Responses to “In a world of the mundane, stand apart”