first things must be first.

Before we get into anything, I gotta mention that the clock is ticking on The Great AHTBM Model Building Nerd Off;

And so far, the eventual submissions I’ve seen have been insane.

Who knew we were in the presence of such greatness?

I put my very best into my effort, which in comparison to some of the previously linked examples looks like it was build by a blind toddler. Even still, and as Demonika pointed out, the end game was to have fun with the process which I did in spades and bucket-fulls. Besides, the judging will be on this here website, and will be open to the public. So that means once I have all of the images on the 15th, I will assemble a post with an open poll and you can call on your entire family to swing by and vote for yours, or maybe another one that they like better.

If you have yours done now, please, by all means get me a photo sooner than later. Having to organize piles of last minute submissions is more than I’m emotionally capable of handling. If your car is finished, shoot some photos, and get them off to me at stevil(at)allhailtheblackmarket(dot)com as soon as possible.

And may the best person win.

While we’re on the topic of winning, I would like to take a moment and celebrate one of my own personal achievements for a second and note that after nearly a year of injury and leg discombobulation, I finally got my frontside slappies back;

For those who perhaps don’t know but would maybe like to, the slappy is just about the best thing since sliced bread;

Just like real dancing, my skills are nothing to write home about but I love it so much just the same.

If you’d like to see a master and his craft, behold Dennis Busenitz;

And speaking of nerds, you wanna talk about coffee cups for a second?

As I get older, it occurs to me that my love of backpacks and tech bags in general, has now trickled into my love of a good coffee cup. You might recall this post when I went all bananas for a travel mug/thermos that was sent to me from Mototfish Coffee; 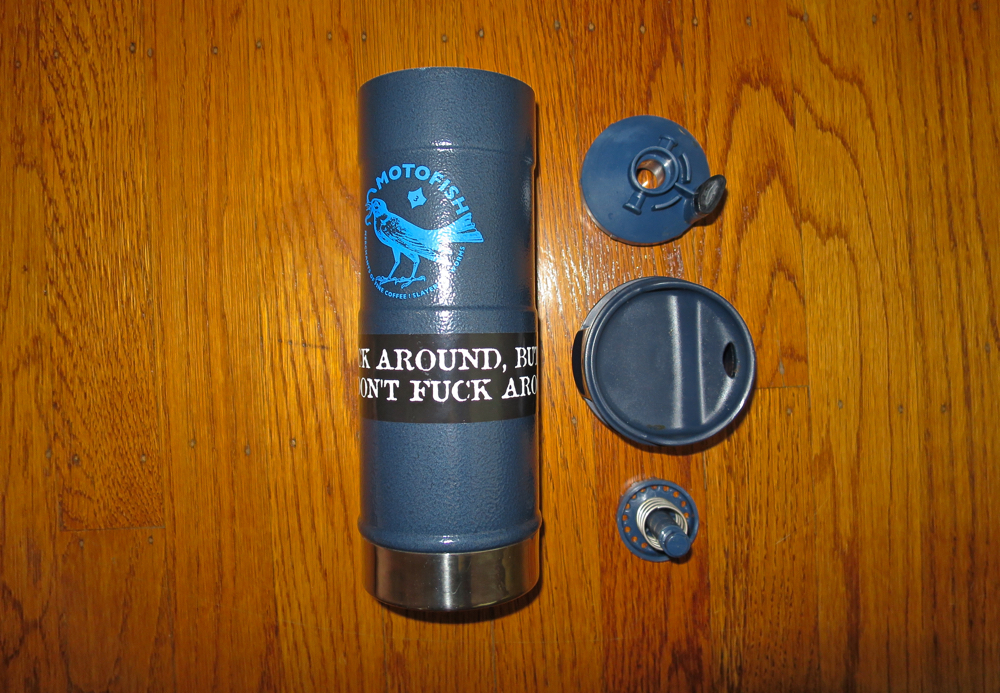 Then, last summer I got even wordier on the topic here.

Well, it seems as though enough time has passed and I have a couple (cupple) of stories to share, and maybe even a final review.

Two items I find now have fully satisfied my craving for a solid caffeine vessel are the aforementioned Stanley Pack Mug. I bought one of them numbers faster than you can say “enter your credit card info“, and it’s been my go-to to-go mug ever since.

As a matter of fact, just two months ago this went down;

The other day my super bitchin @stanley_brand coffee cup jettisoned from my bottle cage, and immediately got partially run over by the car just behind me, which then shot it through the air into another car parked on the side of the road. When I circled back to get it, the lid had blown off, and the owner of the car that it hit was super confused. I picked up my pieces, and scanned his car for any damage, of which luckily there was none. Thank you Stanley for making a product durable enough to be run over, yet supple enough to not dent the car door that it was rocketed into.


If that right there isn’t testament as to the Pack Mug’s quality/durability/overall awesomeness, then I don’t know what is.

But sometimes the cold steel that is the Pack Mug just doesn’t jive with lounging around the house in your beat-to-shit pajama bottoms, and smoking jacket. For those times I find that I’d like something a little more elegant, and that’s when I utilize a mason jar wrapped in a Blue Collar snuggly, and topped off with a Cuppow lid; 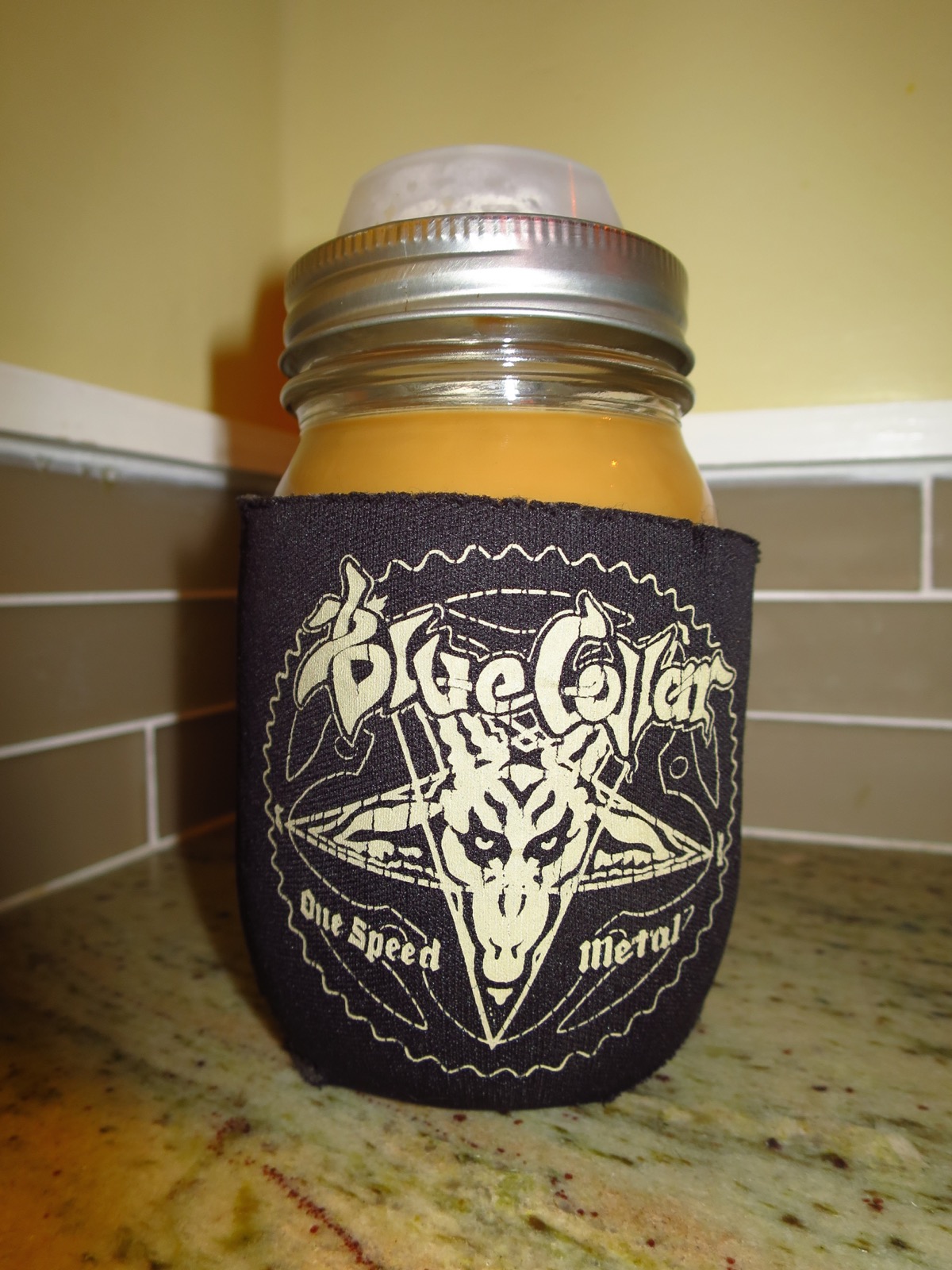 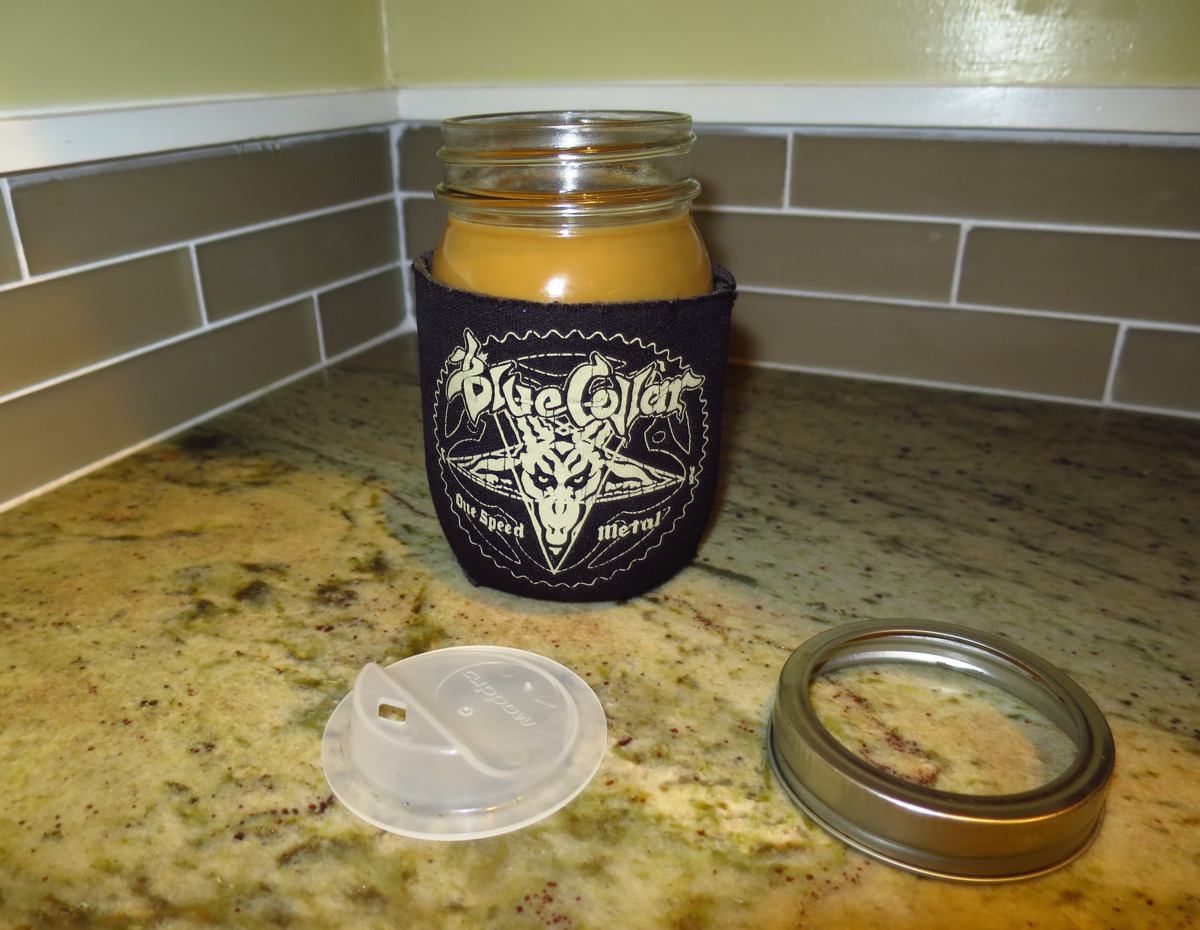 Just because an item works well is sometimes not enough to fully win me over however.

Upon scanning Cuppow’s Instagram feed I see that they have a penchant for pretty food, pretty bikes, pretty photos, and pretty people, just like me.

Not only that, but after offering them thanks publicly, they responded absolutely perfectly; 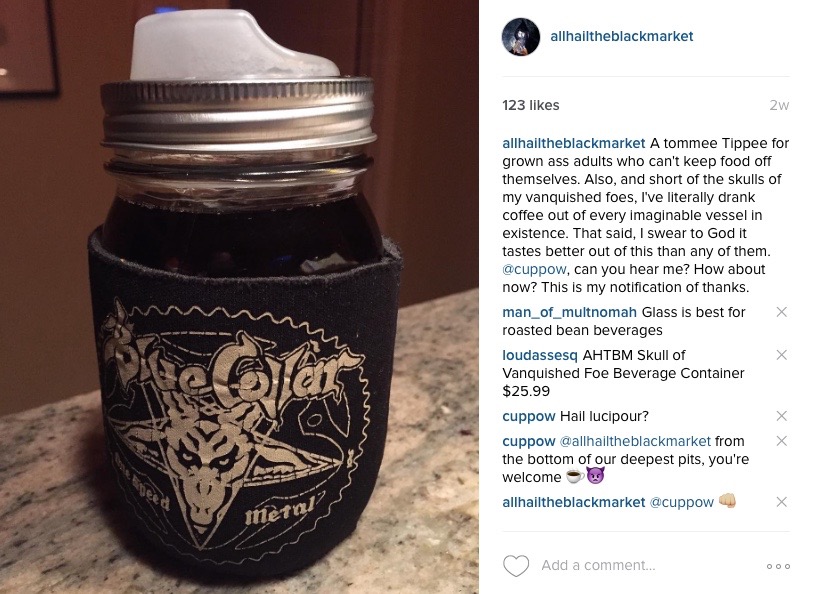 So- It might all be old news to yinz, but on the chance you yourself is looking for something in which to enjoy your hot brown, might I declare that you need look no further than either of these two companies.

And lastly, because it’s what I do, I’m going to go ahead and give them both five out of five bloody pentagrams;

In closing we’ll touch on a bit of bikecycle related news that’s making the rounds again, coming at us from Maximo Supremo residents Paul Component Engineering regarding a few items about their bike stopping parts;

Does the myriad of options make you confused like it makes me confused?

Luckily Paul and his Components make it real easy to understand.

Now with all of that being said, perhaps at some point, we should probably and eventually get onto some variation of the third things third.

7 Responses to “Before second things can be second,”