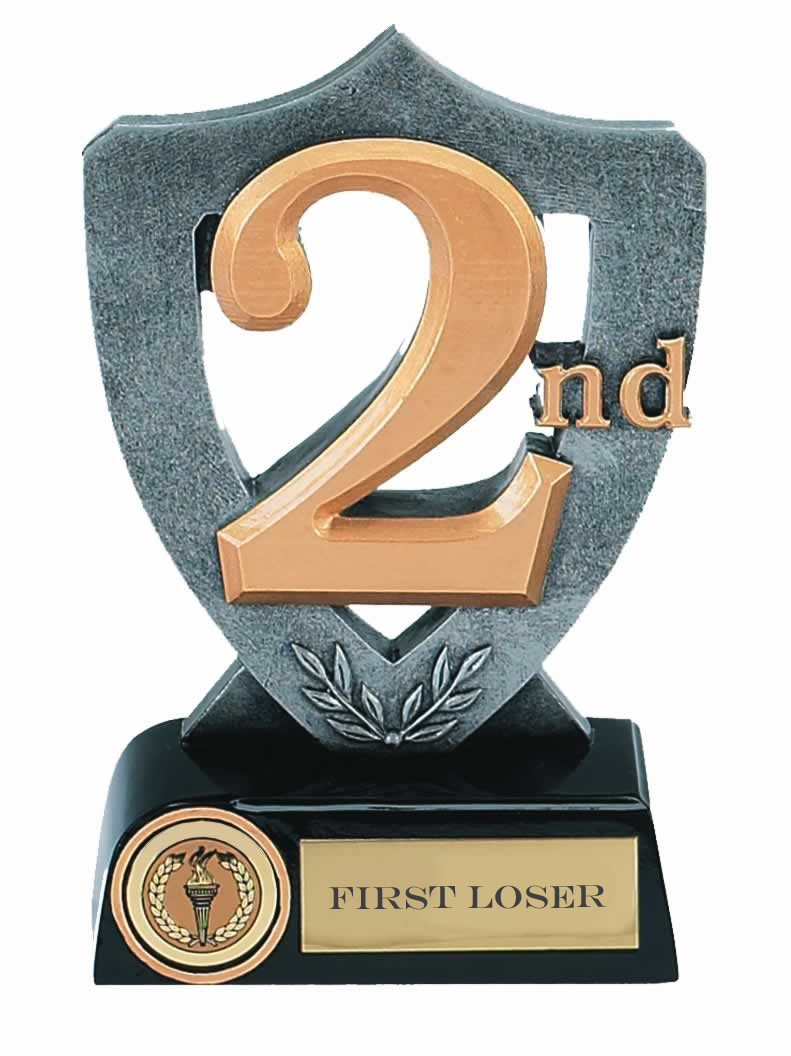 That right there is a whole lotta wasted effort.

And speaking of effort, though not necessarily of the wasted kind- Some or one or none of this here readership might recall back in March when I detailed the necessary steps in building oneself a kickass workbench; 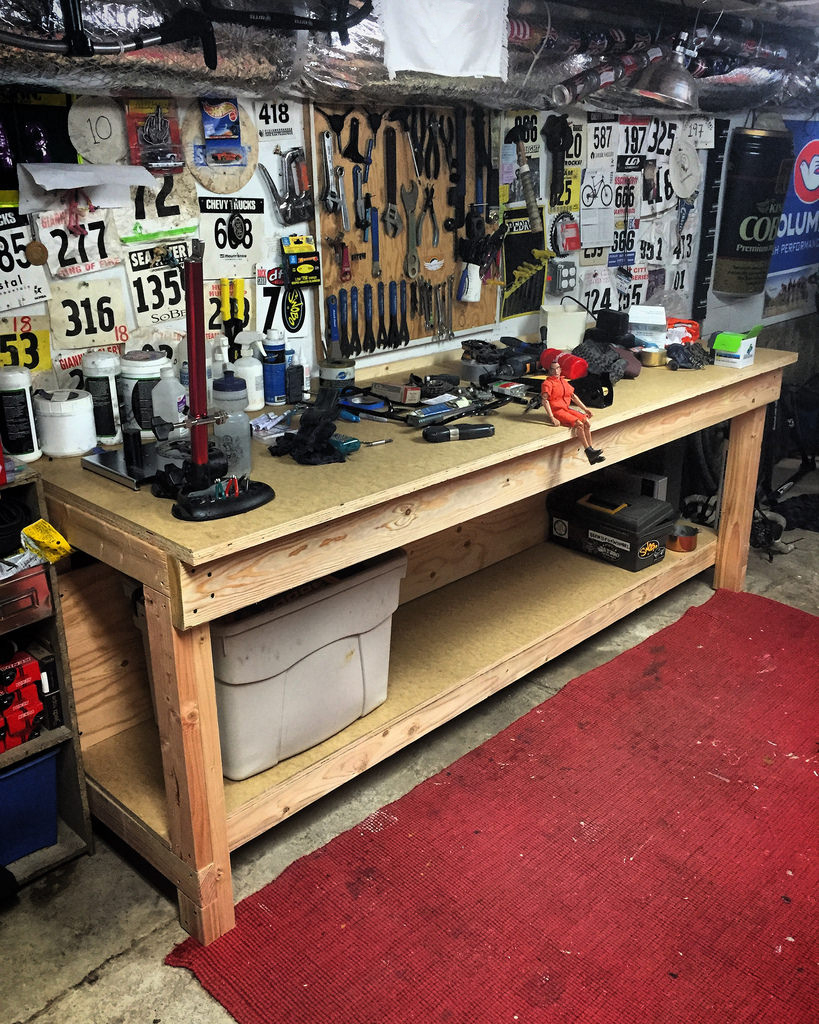 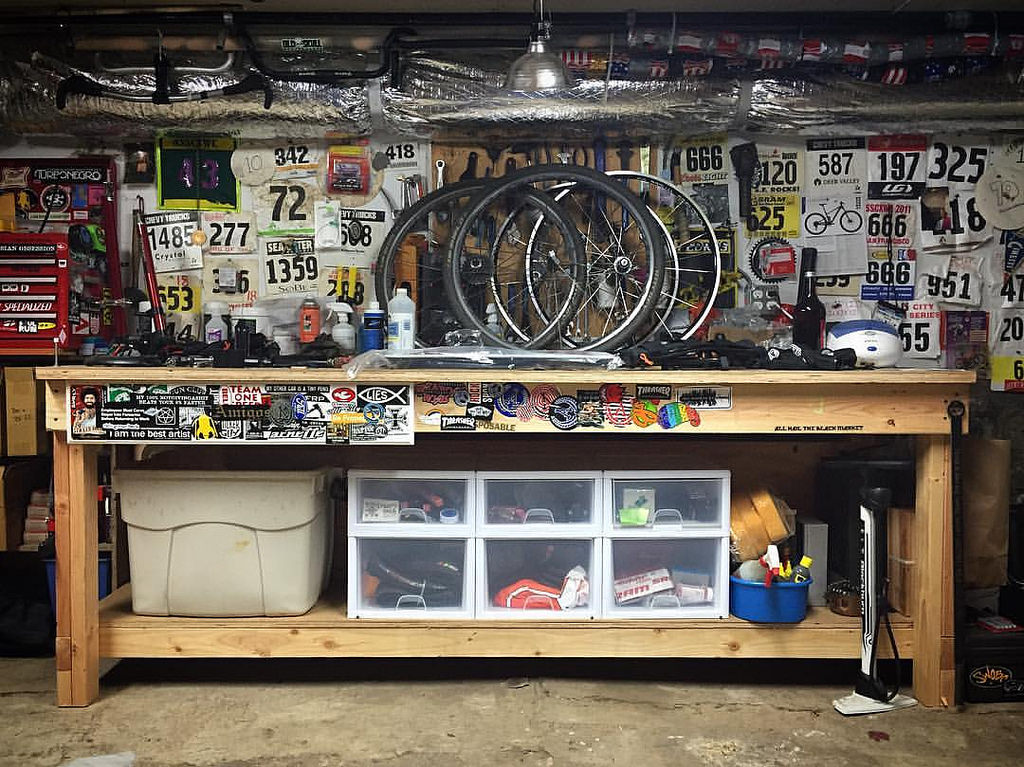 Secondly, some or one or none of this here readership might recall this here ode I penned to a rekindled love with the rollerboard, beyond just a quick cruise to the liq to pick up a random assortment of canned supplies or the occasional box of Nerds.

The third ingredient to today’s meandering commentary is what has been my nearly life long love affair with the ever present parking block;

Because as Phil E. once famously declared; 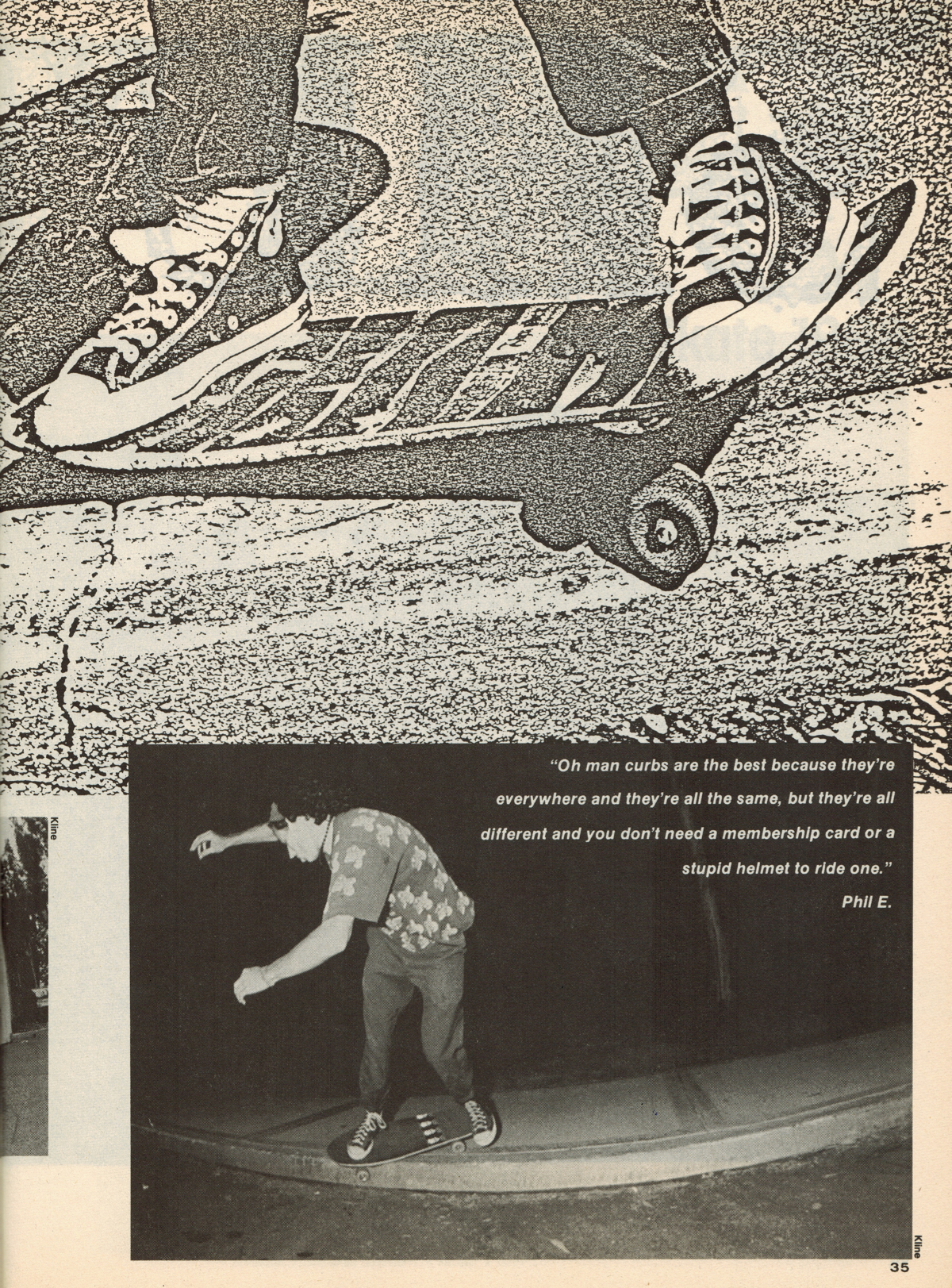 Oh man, curbs are the best because they’re everywhere and they’re all the same, but they’re all different, and you don’t need a membership card or a stupid helmet to ride one.

Well relating to all of this, coupled with my appreciation for the making of the things, with his wife and kids out of town, my old homie Chris Pew and I got cracking on the first stages of his very own backyard skatepark; 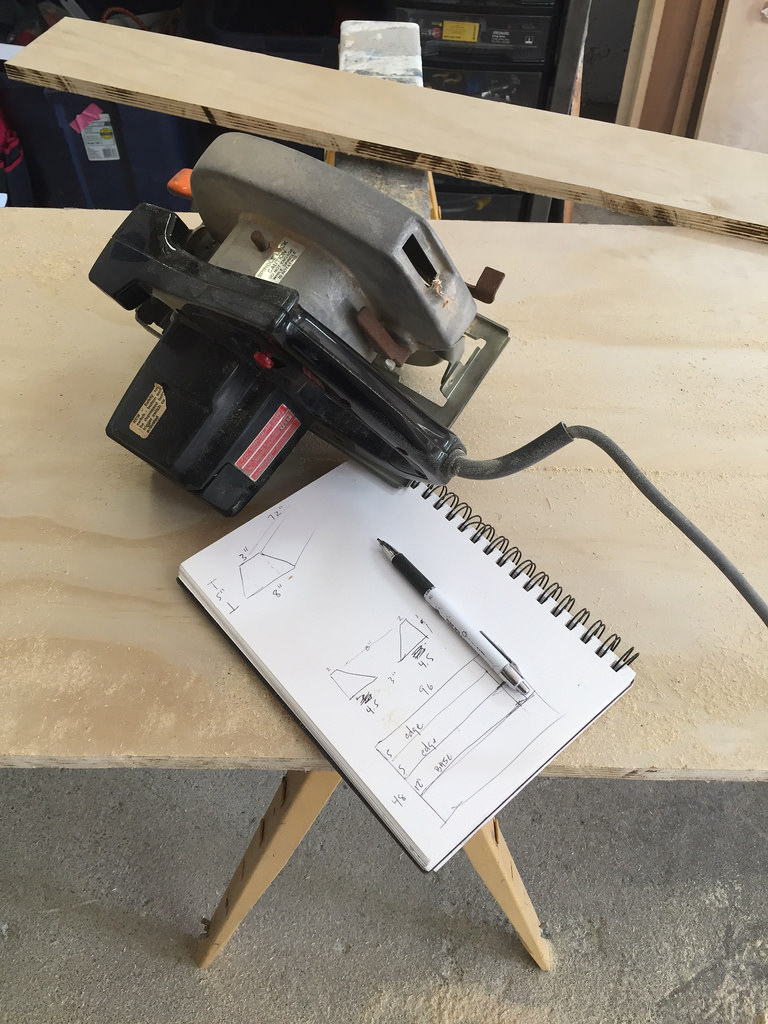 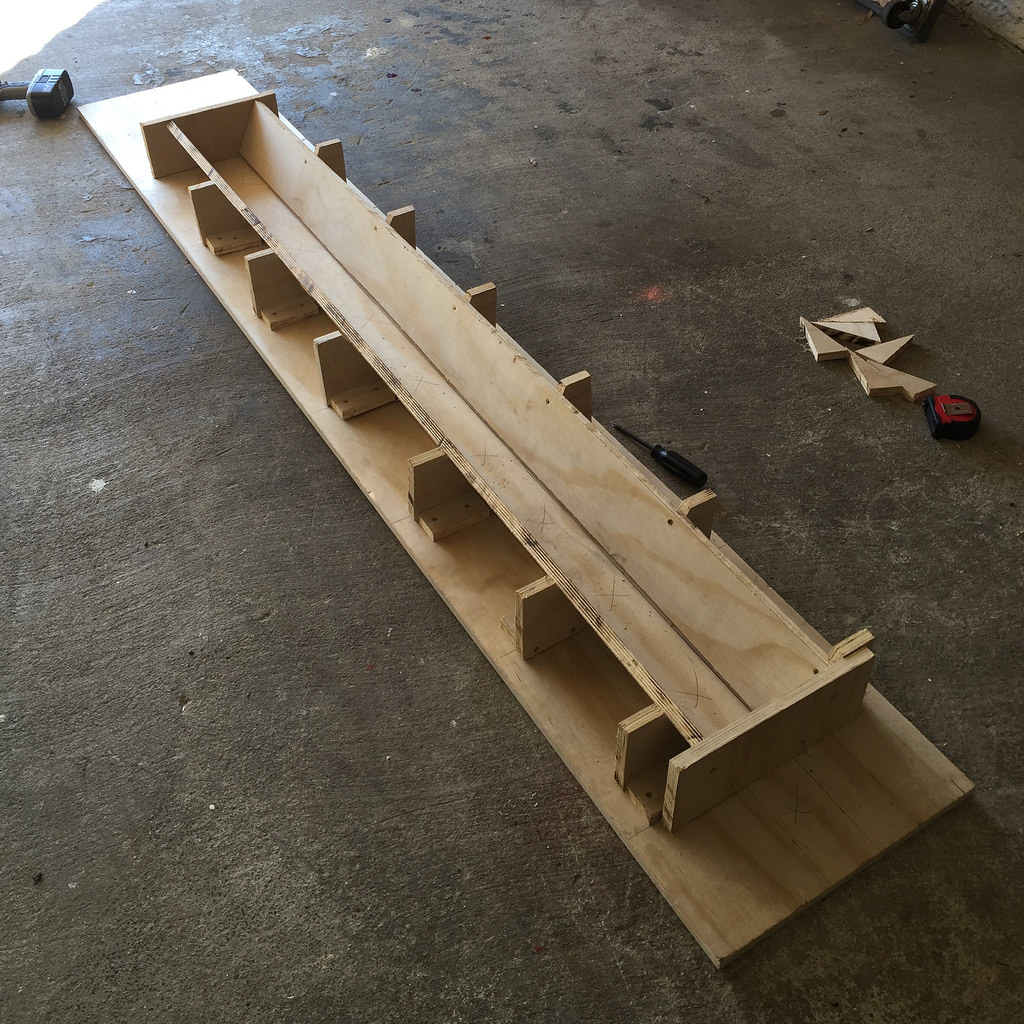 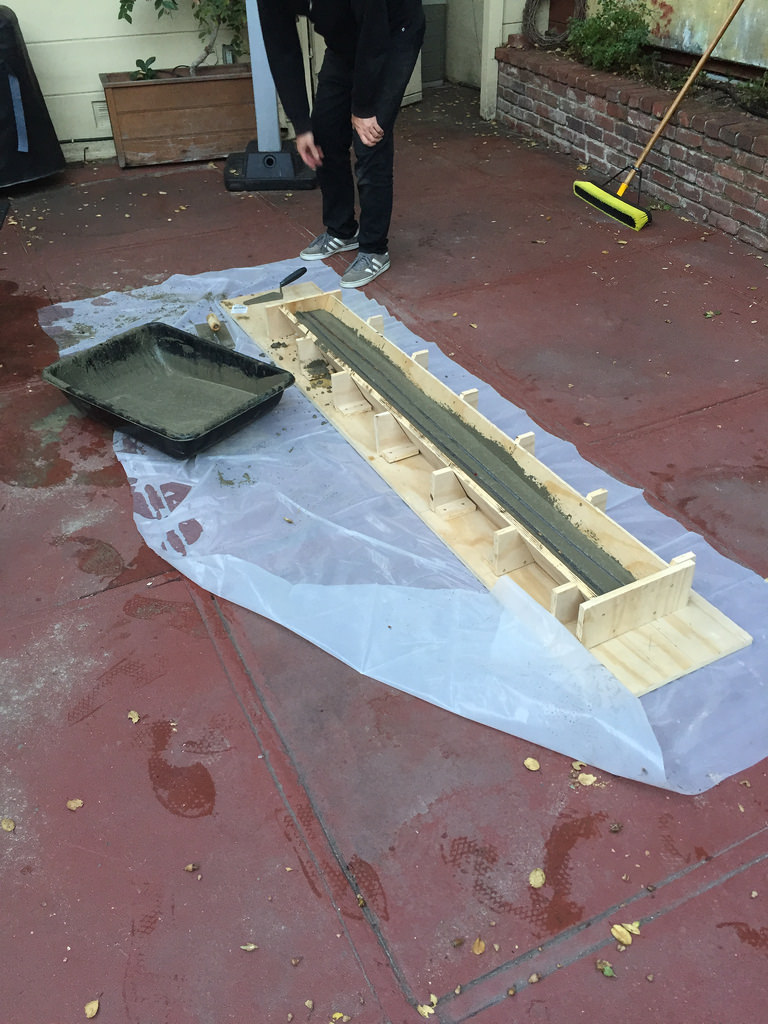 And now we wait.

Like my dear old one speed compatriot, and Sacramento area pool building impresario Sean Hunt, (otherwise known as The Chancellor of Cement) said, “it woulda been a lot easier if you just did like we did when we were kids and stole one.”

But stealing one wouldn’t have been as fun, and I probably would have thrown my back out in the process anyway.

Plus, we wouldn’t have had the pleasure of watching Chris’ wife return home after a week away and roll her eyes at our shenanigans so hard they will assuredly fall out of her head.

All we have to do now is wait for the cement to cure, and cross our fingers that the ample amount of urethane aerosol we sprayed into the form before we poured will act as a suitable release agent. If not, then we will disassemble/set fire to the form and hope against hope that the cake comes out of the pan in one piece.

Even if you’re broke, and only sorta know what you’re doing, all told it cost about $60.00 in materials and took around three hours of time, (not including the two hungover hours it took Chris to do the math). If you are good with numbers, you can cut those two hours down to fifteen to twenty minutes.) Time will tell if by Friday we’ll have a real live slappy curb of our own, or we’ll simply wind up with a 300 pound addition to the dumpster.

And I suppose while we’re currently on the topic of dumpsters, but more specifically, those that are on fire, it would seem as though the Olympic golf cart track/mountain bike loop;

-up until just yesterday actually was one.

But as I said, the garbage fire has just been extinguished, resulting in minimal damage to the venue.

Or at least no more damage than the course planners inflicted by actually building it in the first place.

I know, everyone is a critic, and it’s much better than any mountain bike course I’ve ever designed for the Olympics, but when the loop that was built for Beijing in 2008 is better than any since, you know there are some issues.

Personally, I would simply prefer all venues from this point forward just use the 1996 Olympic loop as a template, and keep the various courses less than manicured.

But as I try to be a kinder, gentler bike blog douchebag (same diff), I’ll go on record by saying it’s not that the loops since ’96 have been losers. We’ll just call them second winners.

9 Responses to “On the edge of legendary.”