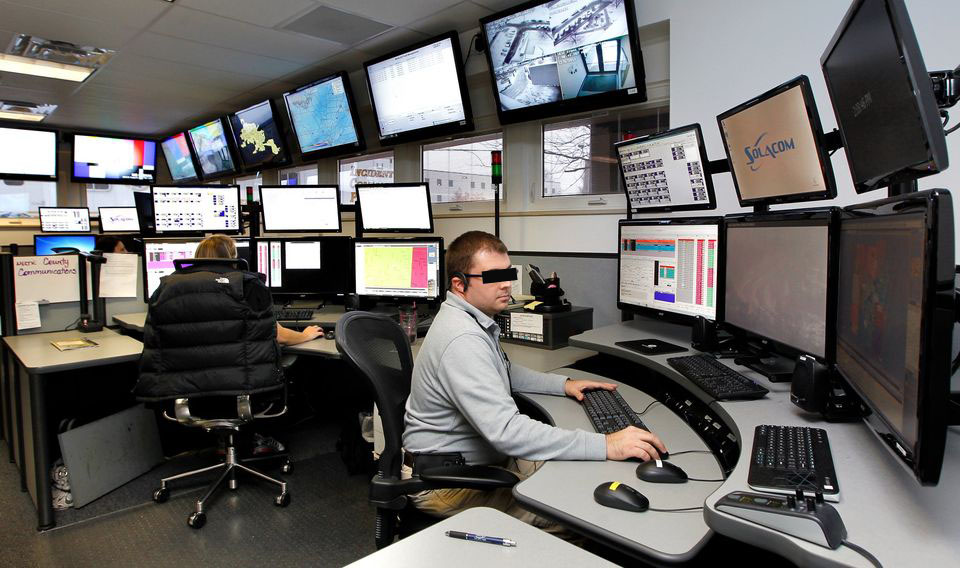 As I begin reading off the list of today’s fodder, I’d like to start with this photo up there of the new AHTBM cyber headquarters. The woman with her back to us is my new helper Janice.

Janice has terrible taste in music.

First things in a first type of order, I would like to thank Pabst for both the beer and support in this past weekend’s Bluerry 2 art show; Unfortunately for my partner Paul at the gallery, I continued to be buried under a home improvement quagmire of nearly biblical proportions so I could be there neither to offer emotional support during the install, or aid in the installation itself.

However, eventually I was able to break free and made the scene just before all hell broke loose, only a small portion of which I documented; 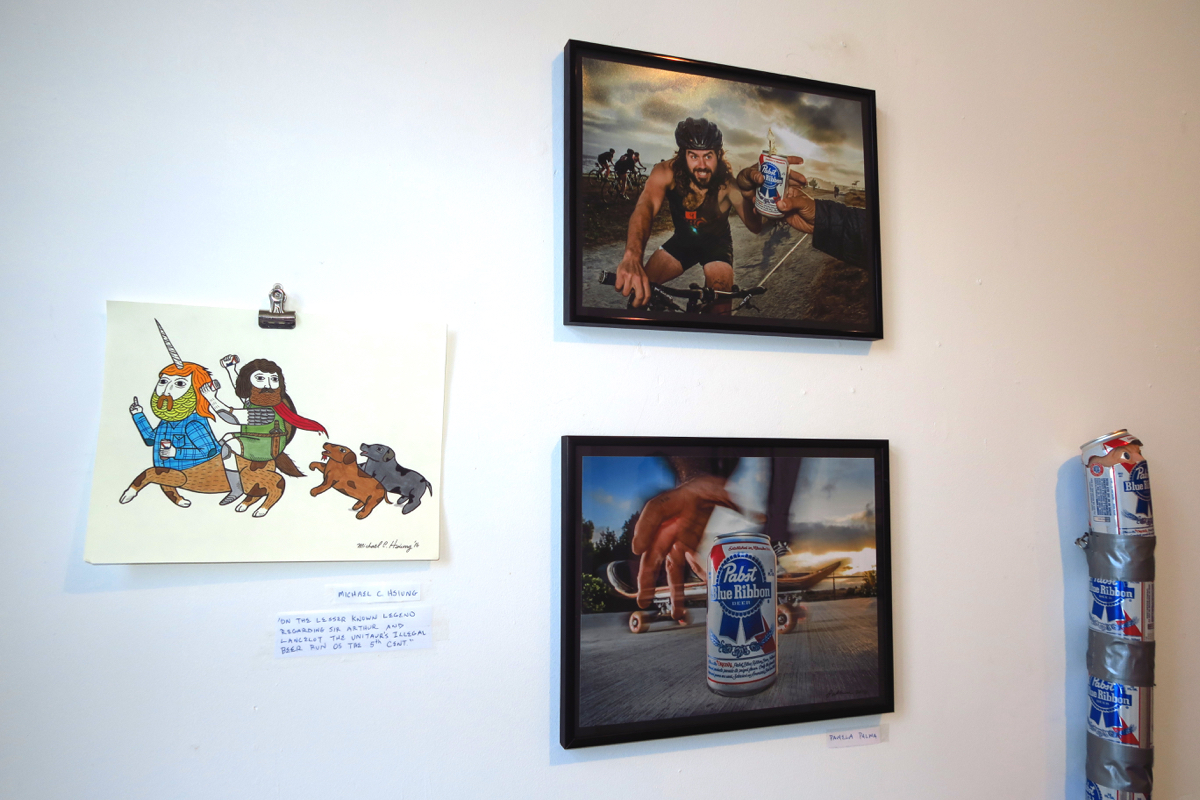 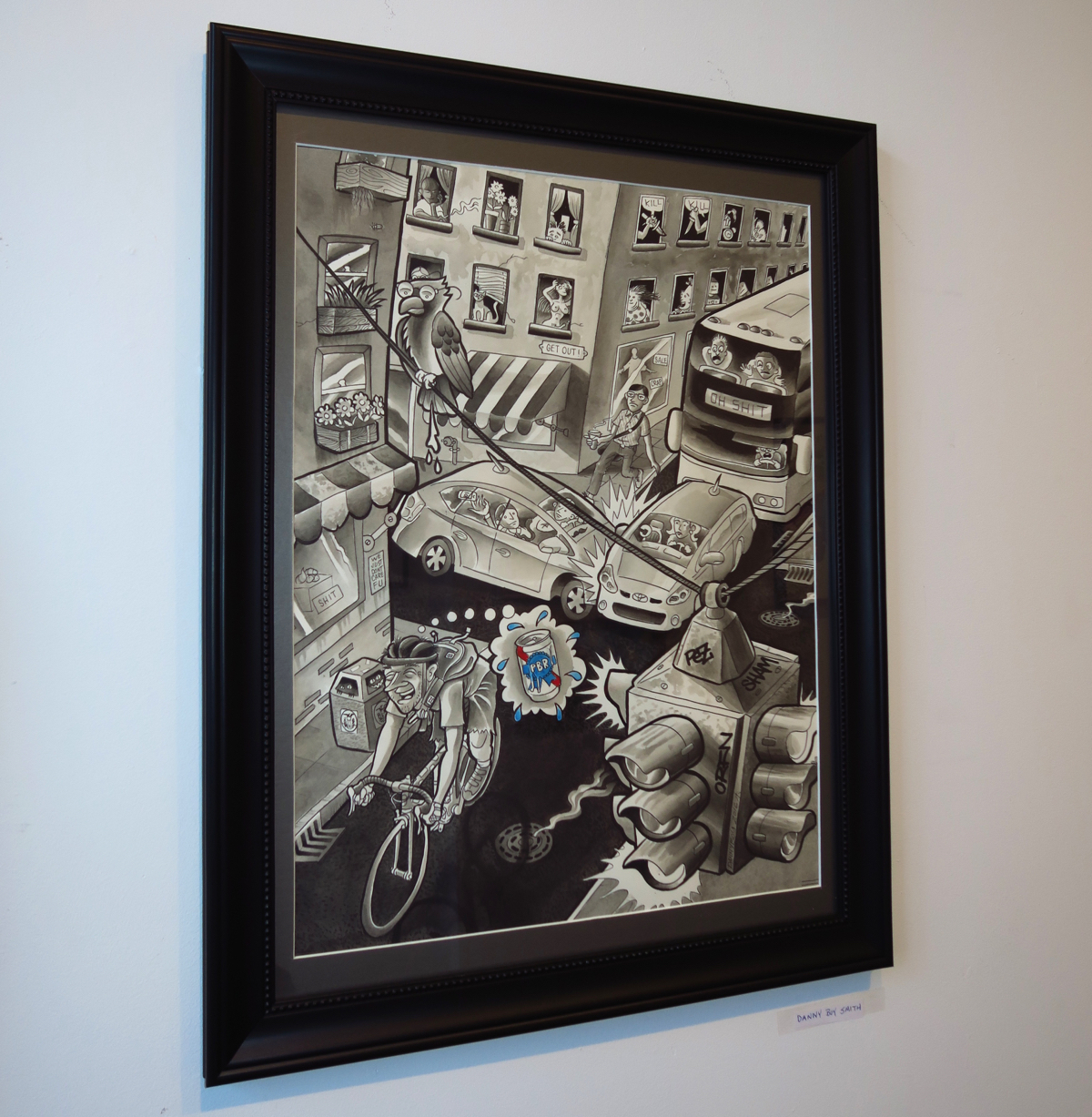 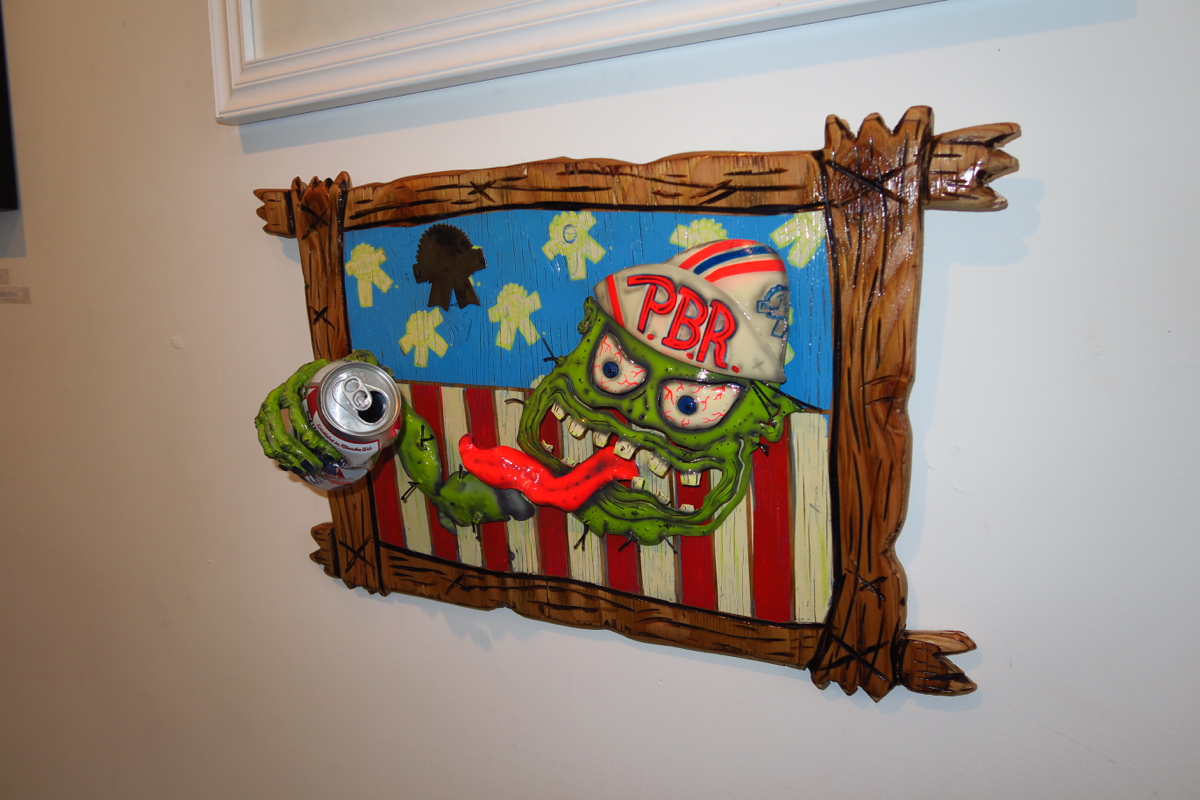 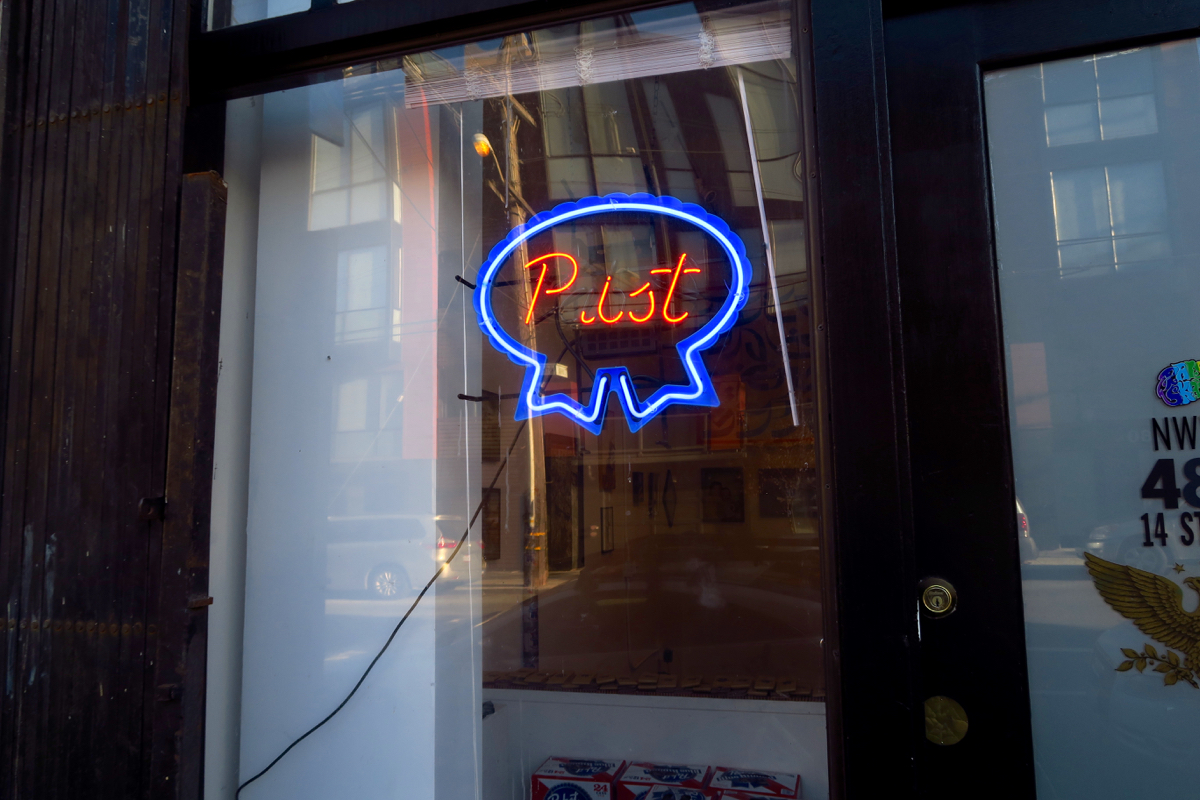 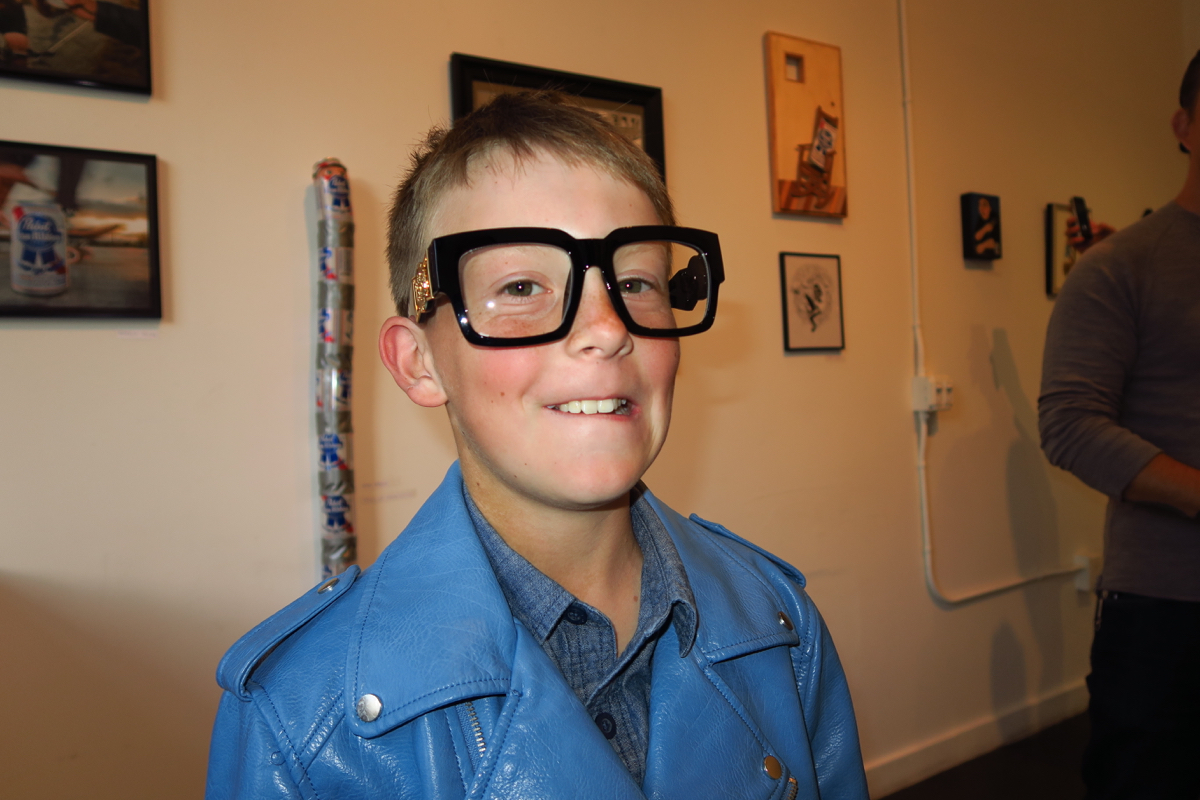 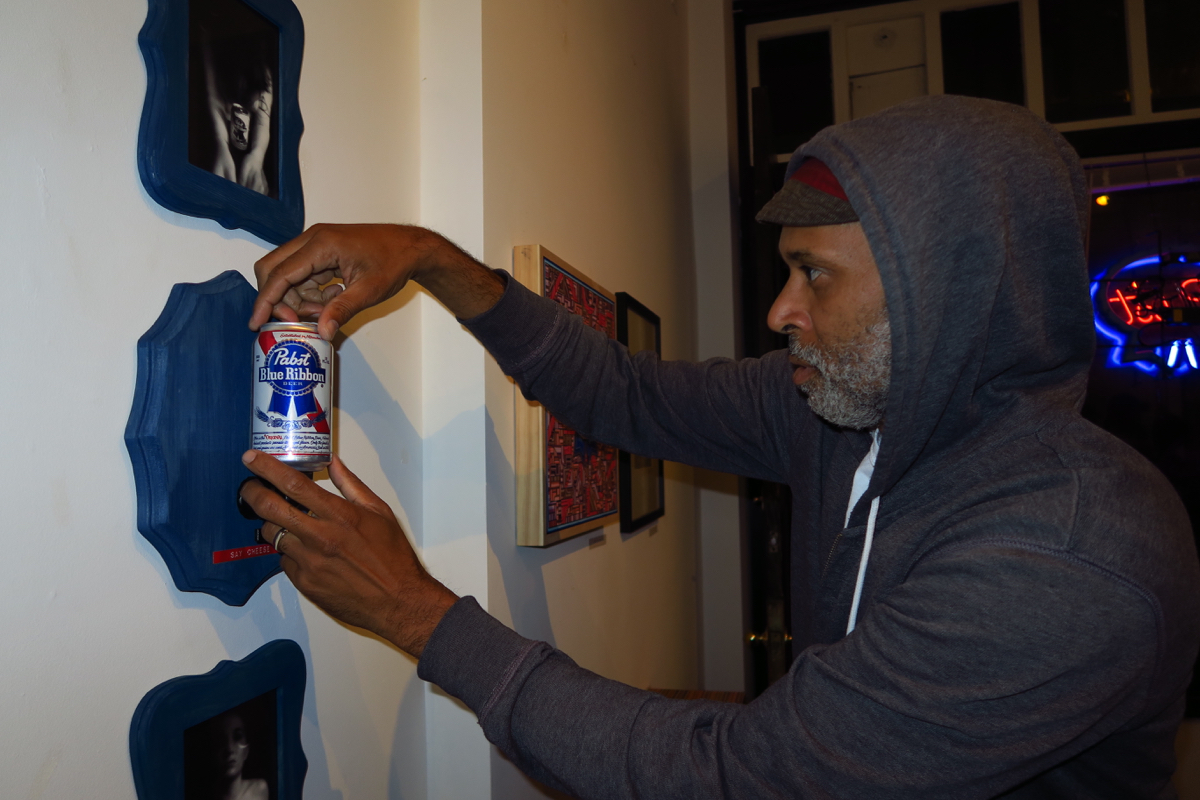 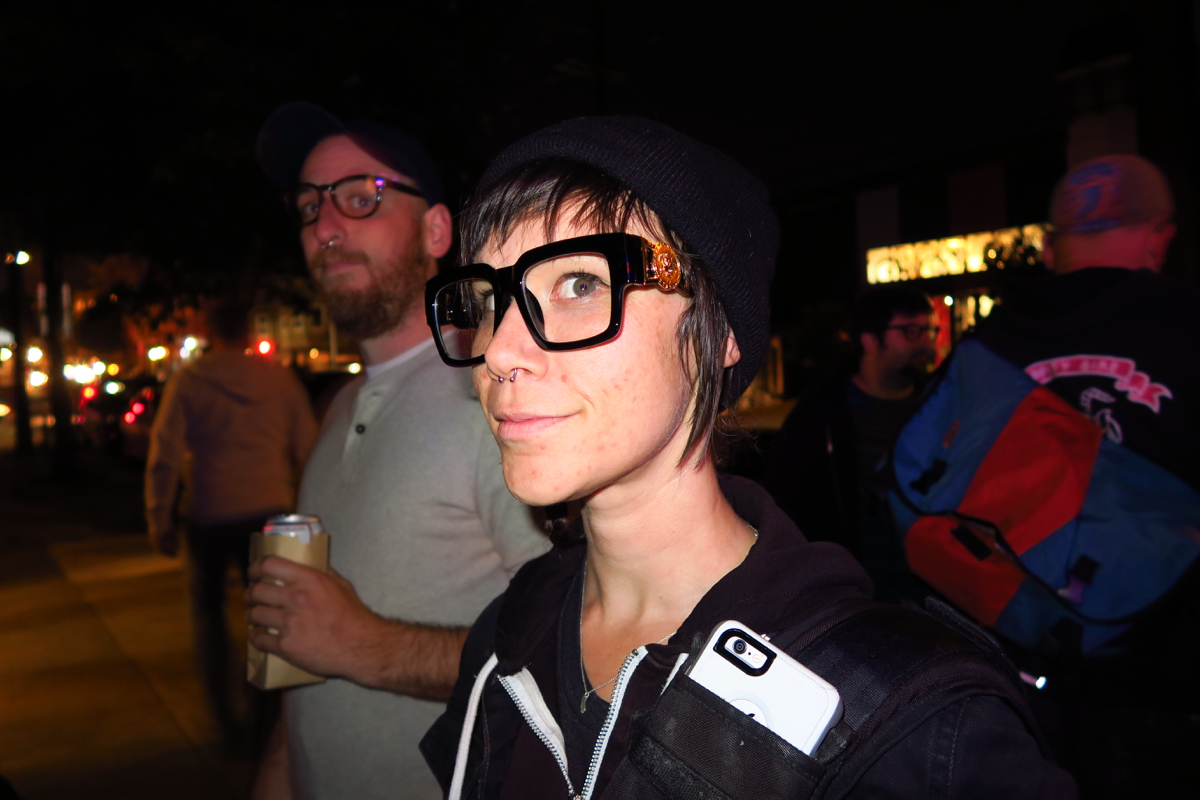 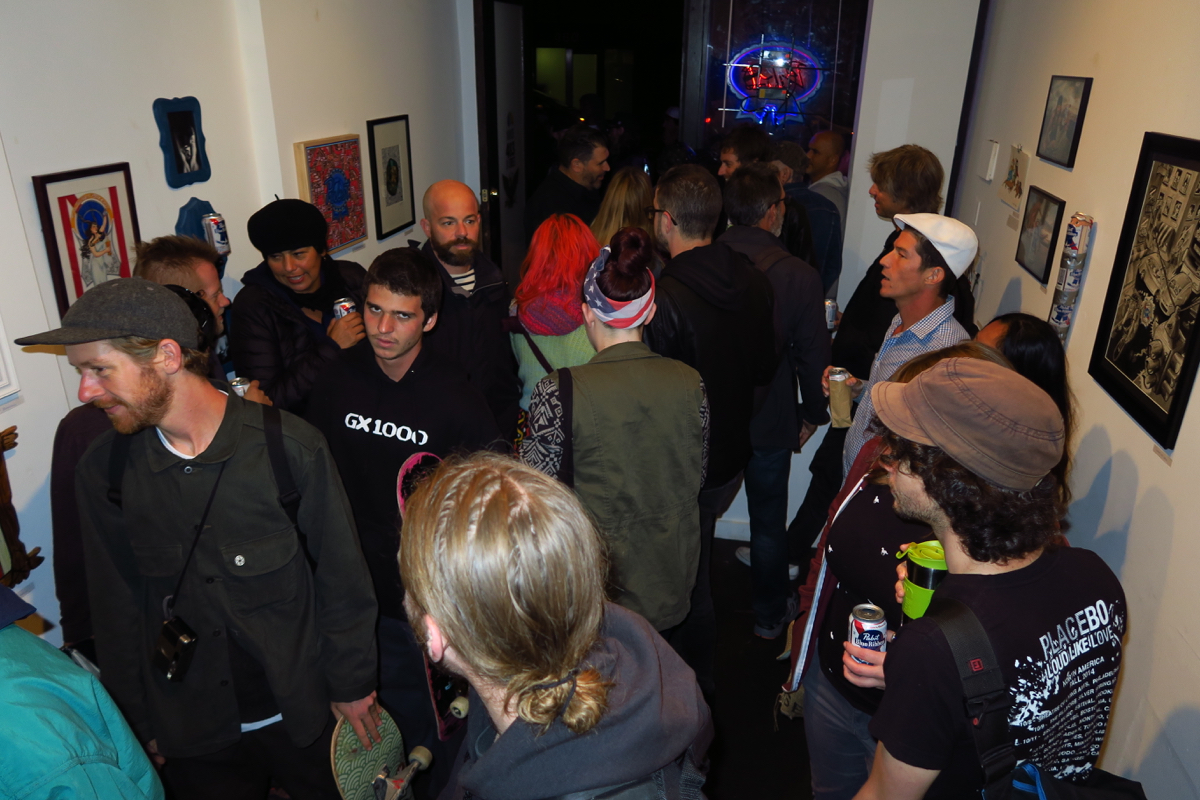 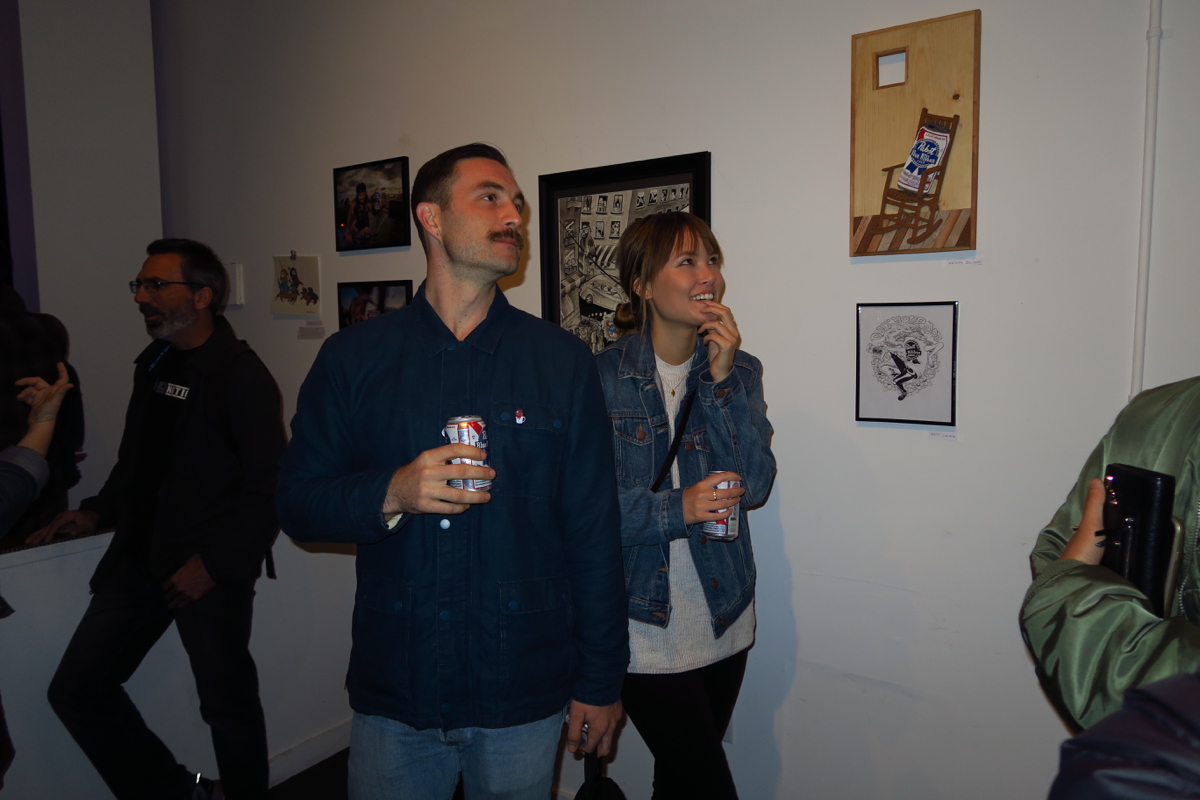 At least that’s a small portion of what I remember happening. Naturally I would like to thank Pabst for their ongoing and unwavering support with everything.

Like, literally, everything…. Every event, party, art show or whatever I’ve been involved with the last two years, they’ve come though immediately. What company does that? Just another reason I officially declare that Budweiser can suck it.

Second things second, and while we’re on the topic of attractions there at the NWVSF gallery space- In less than two weeks we have the next installation opening, and this one is going to be a barn burner;

I described the show, as well as my extensive and meandering relationship with the photographer in this post but will again here, only because I like repeating myself; As just a preview for what’s in store, I offer a small preview of some of the shots that will be on display; 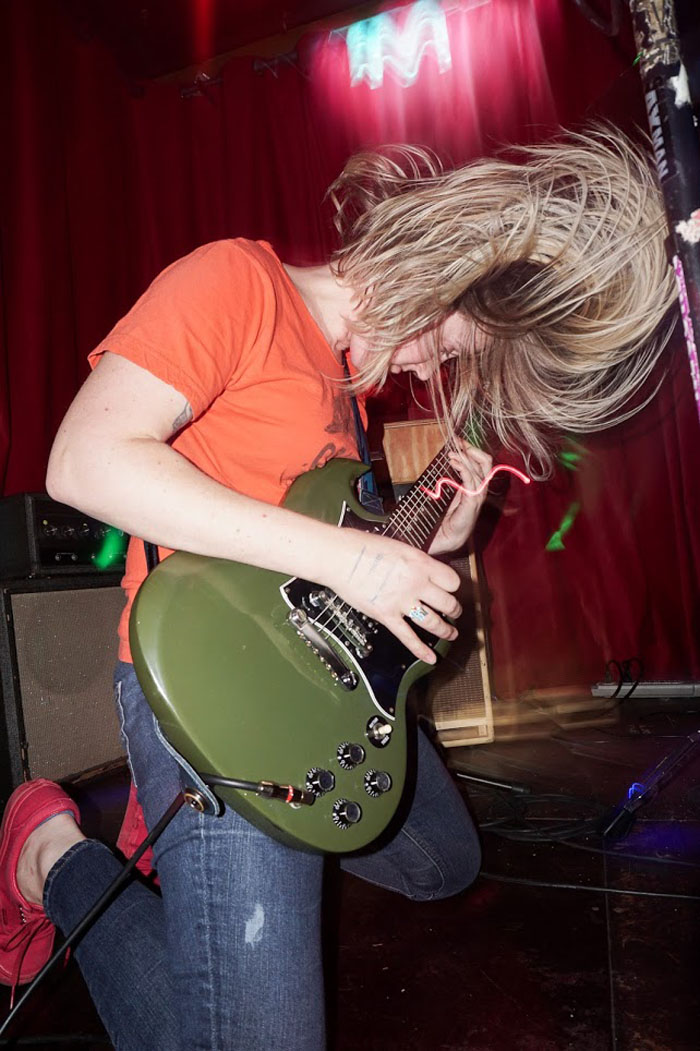 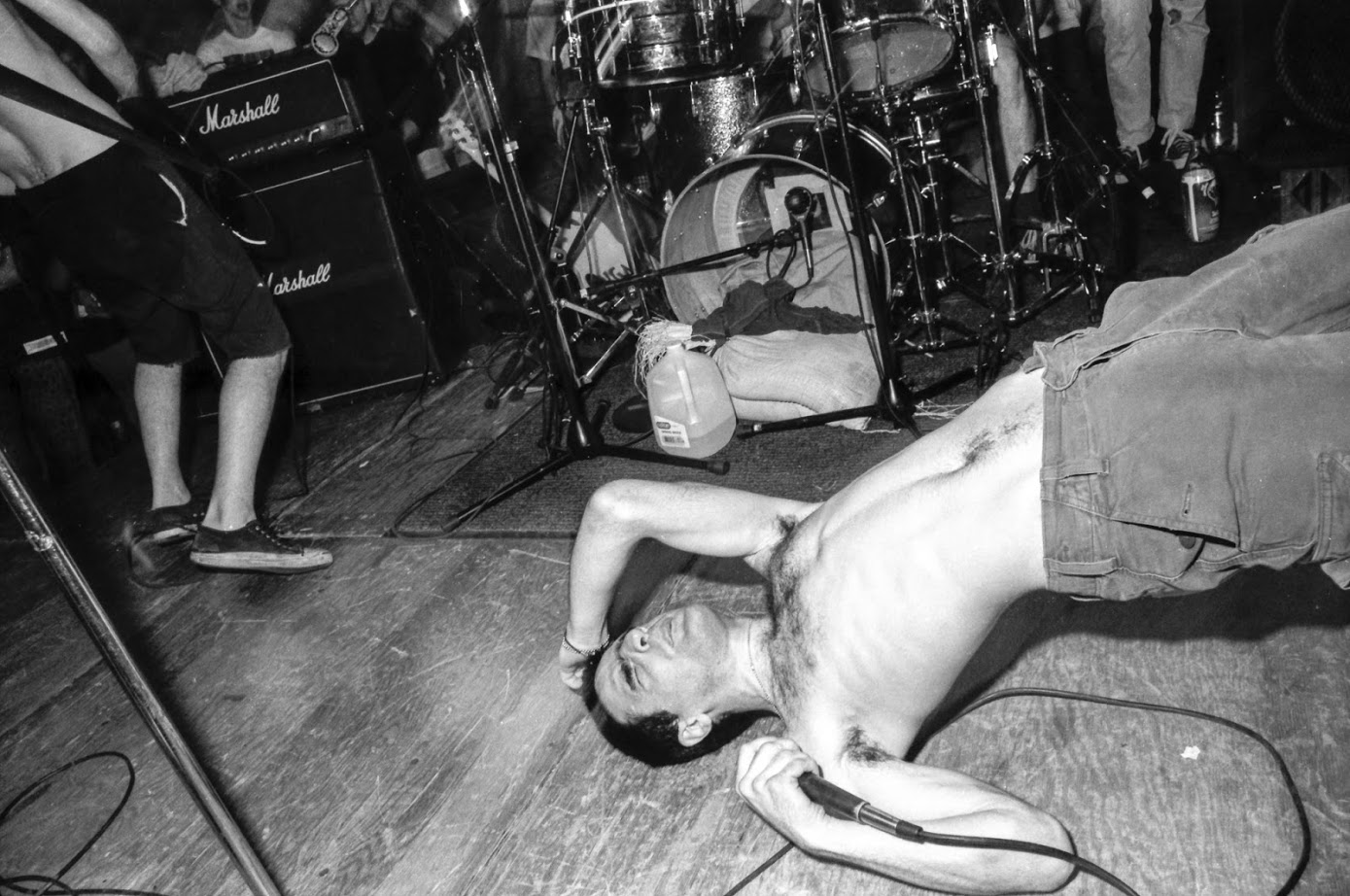 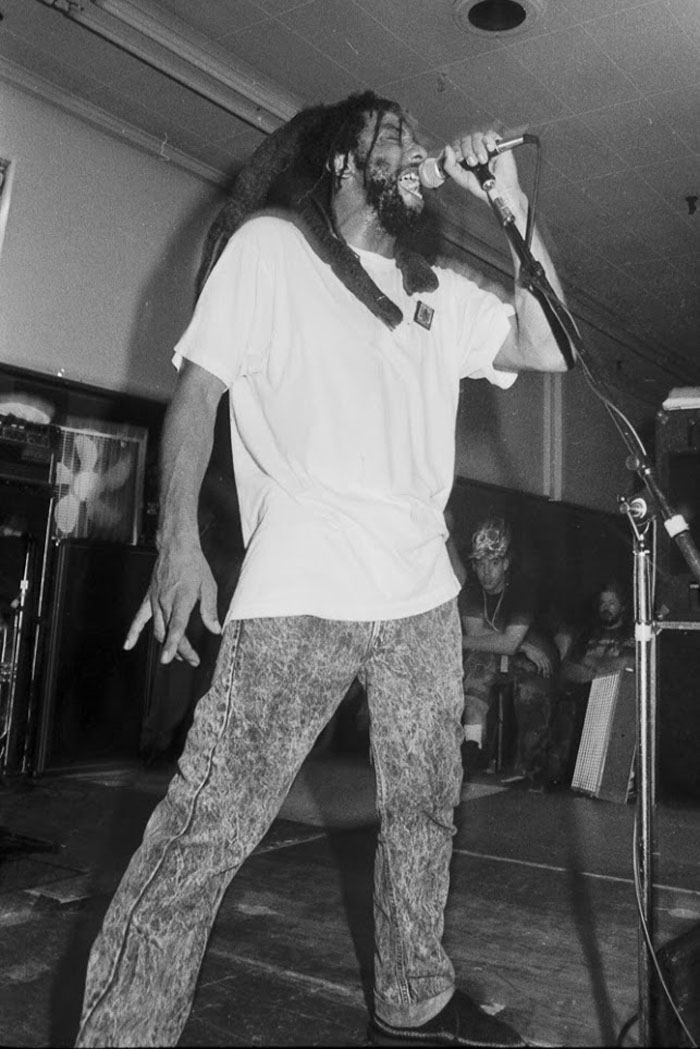 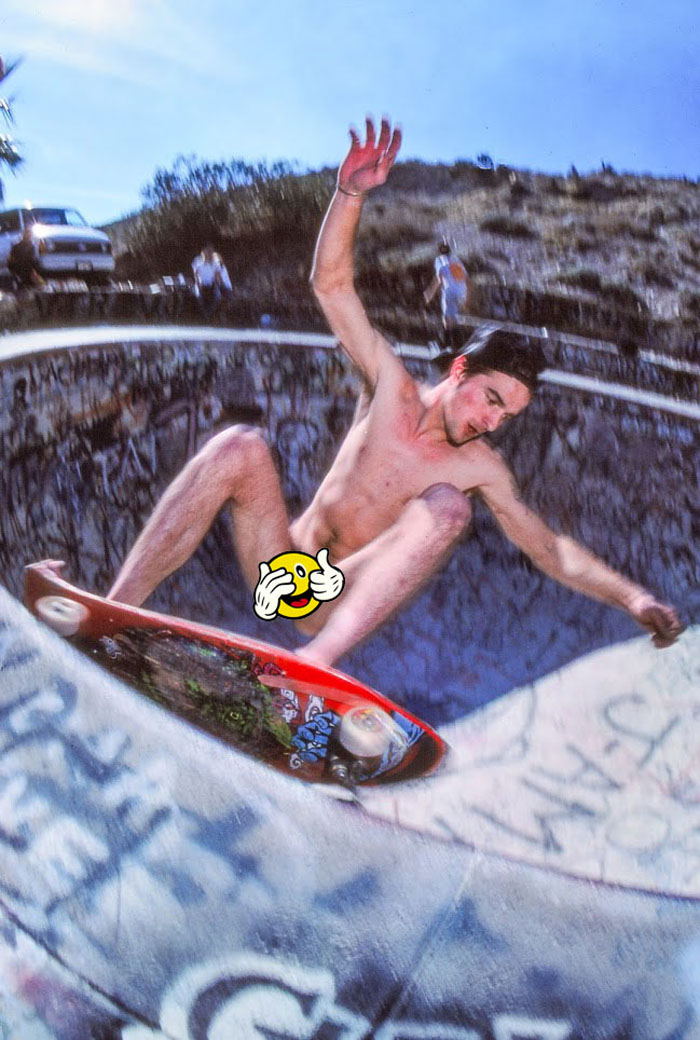 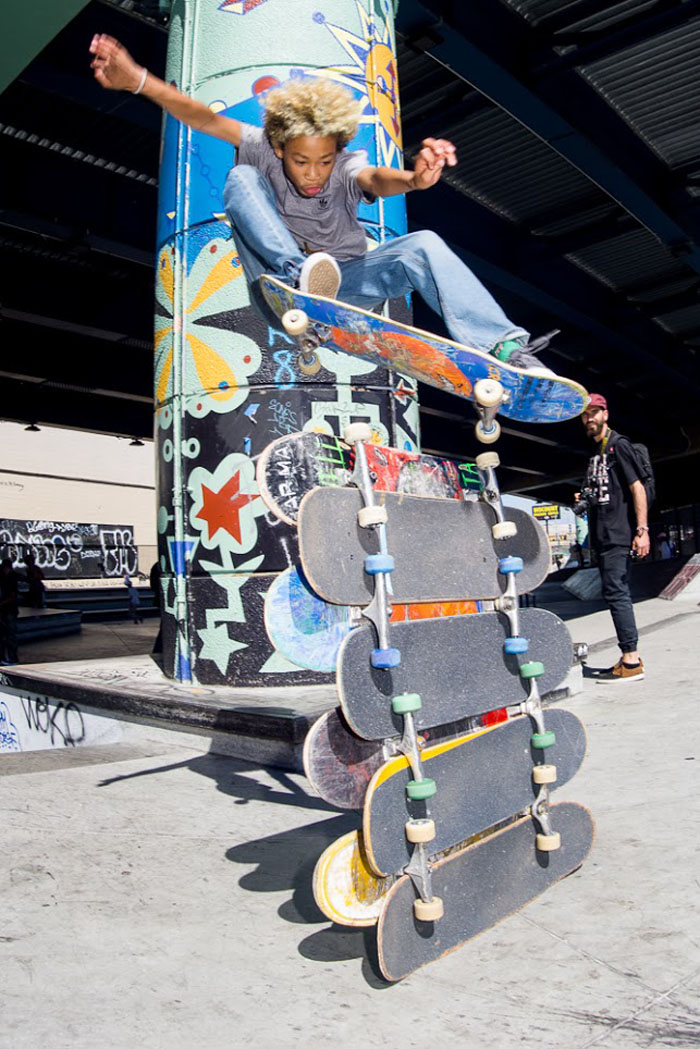 These are among dozens of images that will be on display, and besides all of this, we have a very special surprise in store for opening night, which I’m not yet at liberty to divulge.

For over three decades Bernie has been shooting and chronicling the music and skateboard culture that’s existed around him, and I’m very proud to be a part of his first ever show.

Make a note and keep your dance card on the 14th of October open. 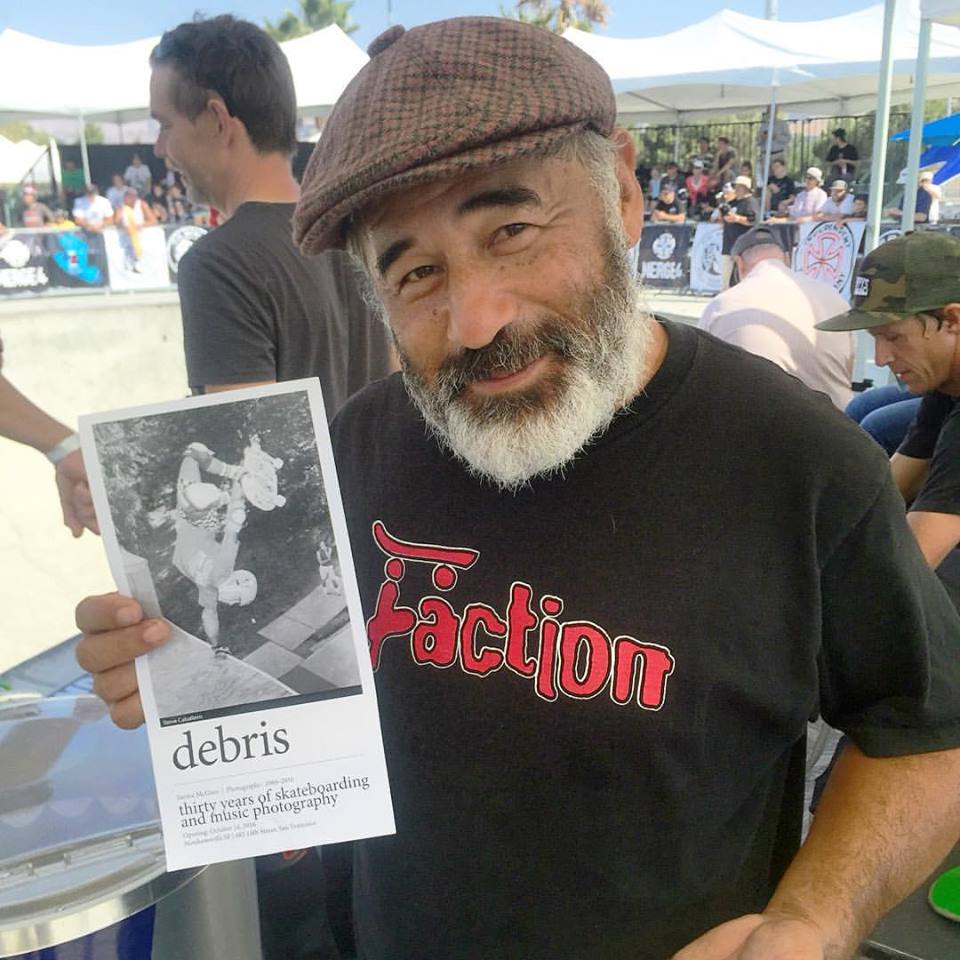 Moving on from those matters to others I’ve had squirreled away in my inbox, we’ll start with one from Damon, detailing his response to this post and his fight of the good fight up there in Portland;

Stevil,
Here are a couple of shots and the updated sign…a little bolder for impact, “Everyone” got cropped out on the bottom, but maybe the park thanks you!? The tiny type and pretty scenery illustration doesn’t depict the horror of spattered shins of putrid stank and potential illness. I am pretty sure I picked up giardia a couple of months ago due to dog contaminated trails, still riding them though!

Might ride in a Haz-Mat suit to prove a point.

I swear I’ll live out my years not understanding the motivation behind leaving bags of dog crap in your wake.

And I should note that the day I do understand said motivation is the day I’ve lost my mind.

Finally in closing I’ll include an email from Paul of Atomic Cycles down there in South Cal detailing a new, and if it’s your bag, very exciting development in his camp;

I see you survived another Interbike, it looked thin? I dunno, I’ve never been.

While we are not real friends (as we have not and may never meet in the flesh) but are connected though zines (Chicken_Head, the last issue had lots of dicks in it I thought you’d approve), bikes and the internet, I hope I have plied you with enough printed funnies and brought my version of fun to you and your cohorts via silly events etc. that we are like minded in some way. I have not crossed this threshold, nor wanted to try and use what you do to fluff something I sell, I mean there are enough kits, stickers, and people holding their hands out it was with some trepidation that I would reach out to you in an attempt to fluff some of my wares.

Regardless, after much time and resources I managed to re-produce the Snakebelly tire in 26 X 2.125 format; 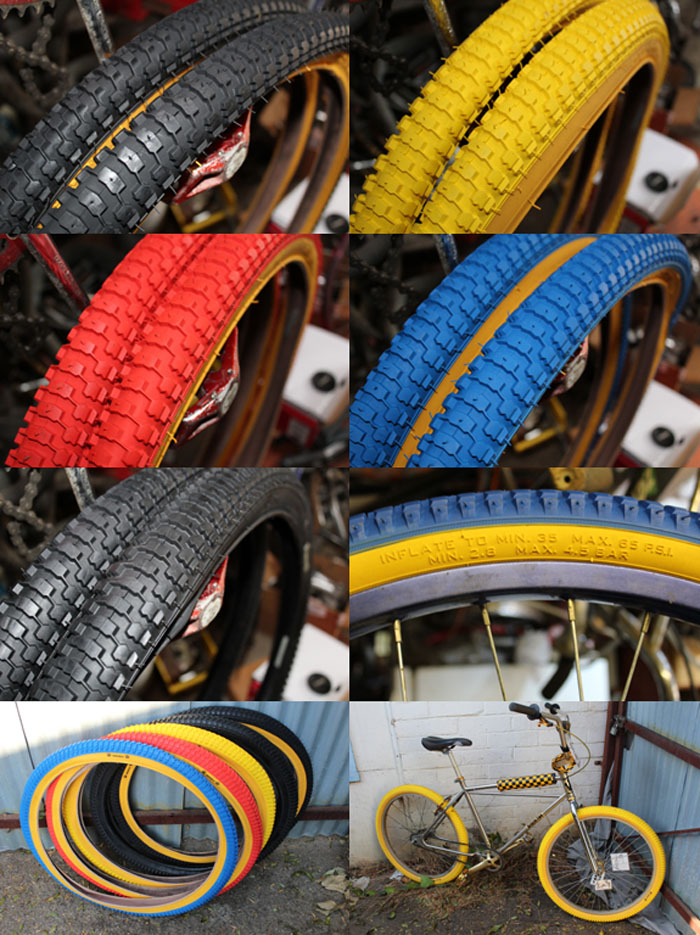 If you want to reject this fluff, I respect that and if you want to send it along that would cool. Here is a picture, I have more details on my new site, Genuine Bicycle Products.

Let it be known that as long as it’s from folks like Paul, I would never reject fluff, nor would I consider it as such.

That is unless it was smooth jazz.

Which reminds me… At this juncture of the day, the time has come for me to pull the plug on both today’s post, as well as Janice’s desk top radio.