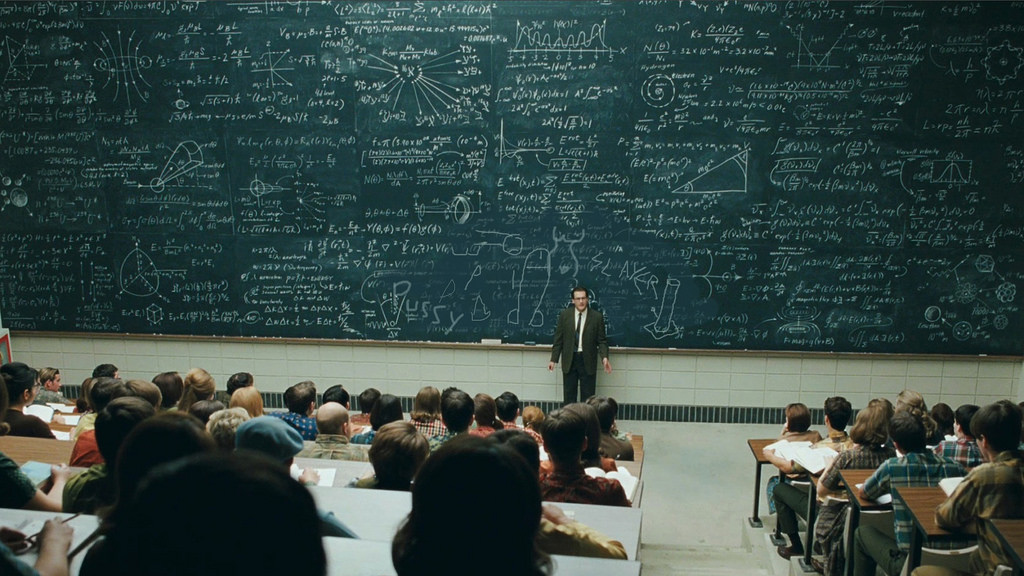 I’m not super familiar with April 1st in other industries, but the bike industry? They are the absolute worst.

Anyway- Remember this post? I got it all out of my system then.

First thing’s first, do you recall this post in which I descried down to the final detail a rain jacket I’d just bought myself called the Refuge to replace my old Refuge which was stolen from me at this year’s SSCXWC?

Perhaps the most important component of the piece was the accompanying imagery anyhow; 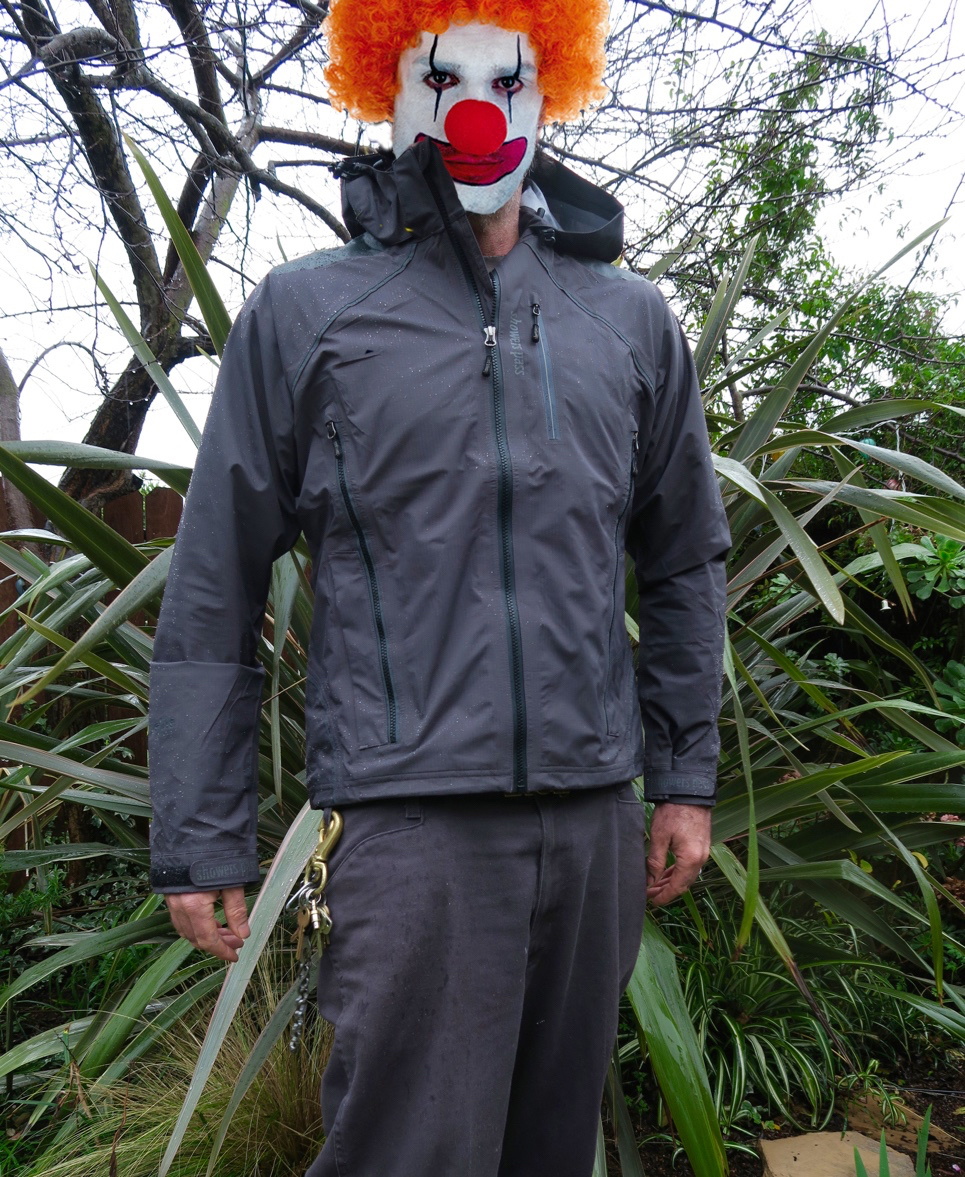 Well, during my transaction I became familiar with a woman there at Showers Pass named Stephanie who’d mentioned in passing that they would soon be releasing a variation of my jacket called the Atlas. She went on to ask if I would potentially like to try one out, to which I replied of course I would.

Naturally, it’s not rained at all since I’ve taken possession of it, because that’s how the universe works.

All of the details of the Refuge are present on the Atlas, but with one small difference; Now, of course this feature defies my long-held theory that drunk drivers can’t hit what they can’t see.

That said, I believe this particular jacket would be 856% to 1000% more effective in aiding in visibility than your dumb old blinky light, that probably fell off of your belt loop into the toilet, or was stolen by a homeless person when you ran inside the bar to return your friend’s ID or whatever, anyway.

If you’re in the market for a jacket that when a strobe light was nearby would probably induce seizures of a biblical proportion, then give the Atlas a look-see.

The added bonus is you can use it to find your way home assuming you’re lost in whatever city is printed across its exterior.

Moving on from the topic of jackets you probably want for your own, to bikes finding their way home, it was way back in 2014 and this post when we went into maddening detail about a beautiful Blue Collar cross bike that had been liberated from its owner up there in Seattle;

Then, there was this post in which we almost had it back in our clutches; 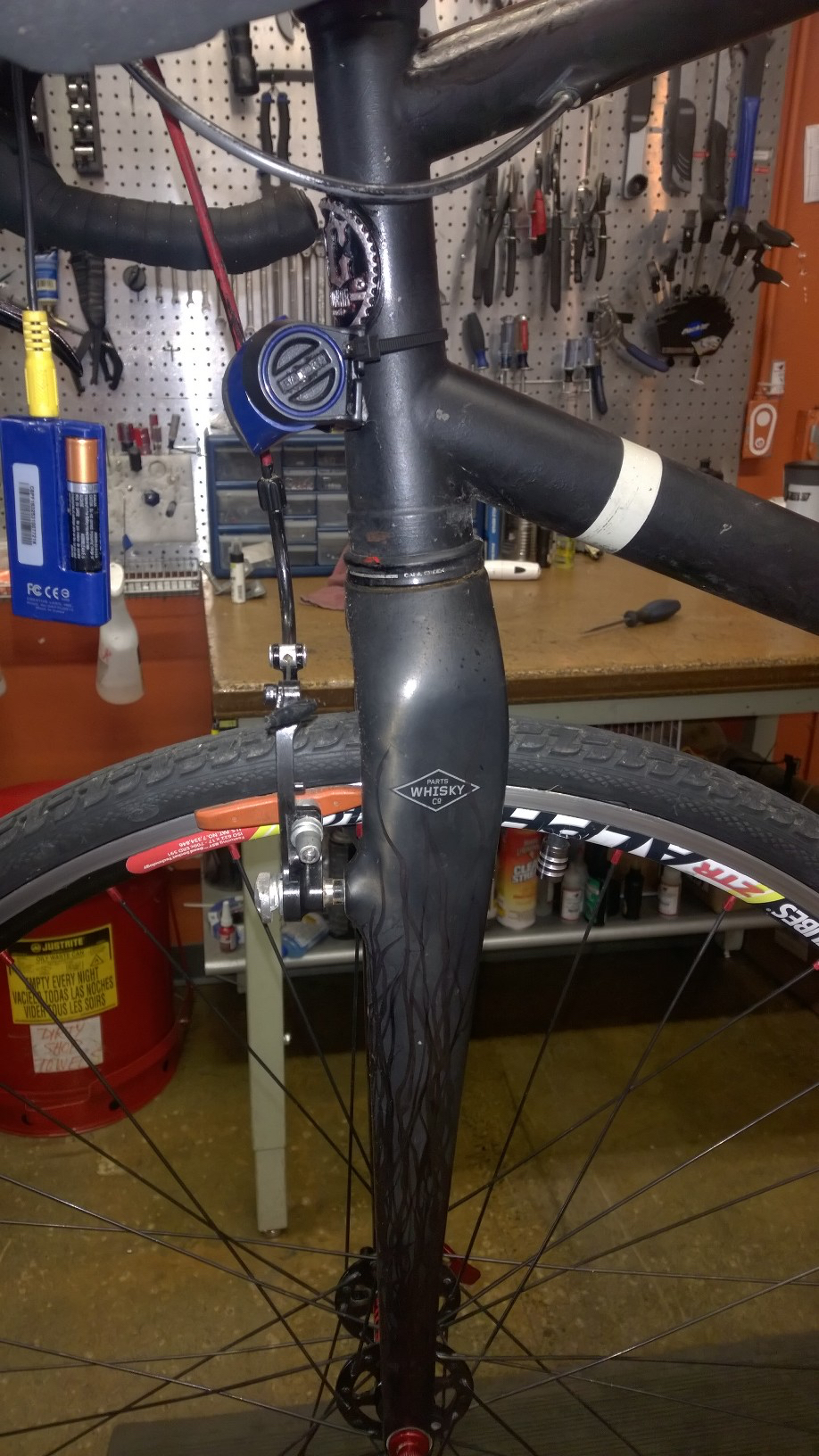 Well, nearly three years and 1,135 miles later, the baby has actually been snagged, and returned home; Anybody who has ever known even a glimpse of my history on or related to rollerboards is familiar with my affinity of a person called GSD. Originally hailing from Ohio, he was the first ever ‘professional’ street skater, lived his existence as a complete enigma, and for as long as I can recall, served as an inspiration to me; 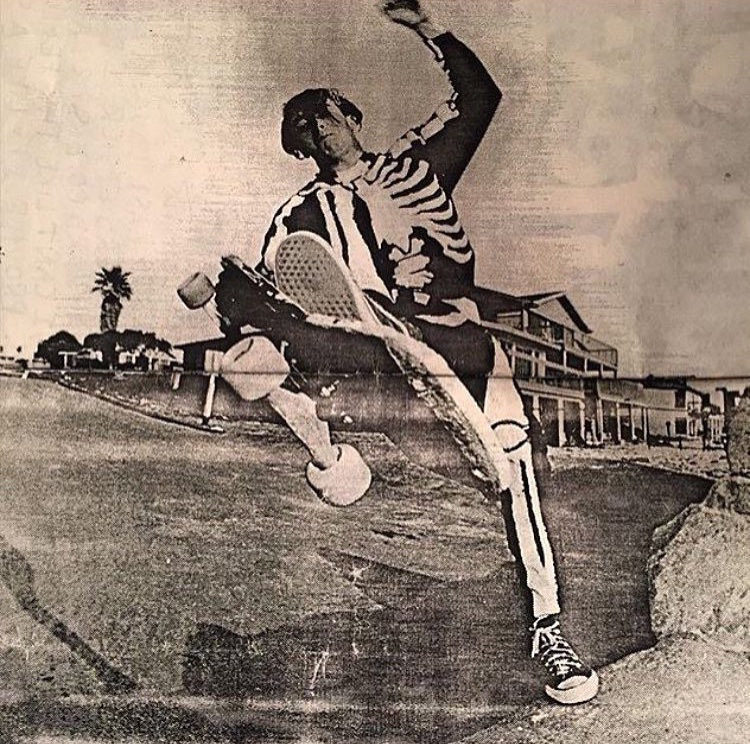 We first had contact with one another when I wrote him a letter when I was seventeen and expressed whatever the dumb fandom it was that poured from my pen. He responded with a kind letter, two issues of his zine ‘Skate Fate’ and a homemade sticker, all of which I coveted, and two of which I still have in my possession; Eventually, sometime back in the 90s, I wrote to him again requisition his time with an interview for a zine I was making at the time titled ‘A Beggar’s Answer To A Question Posed’, or ABATAQP for short. I’ve long been a fan or wordy titles; And again, he kindly obliged; 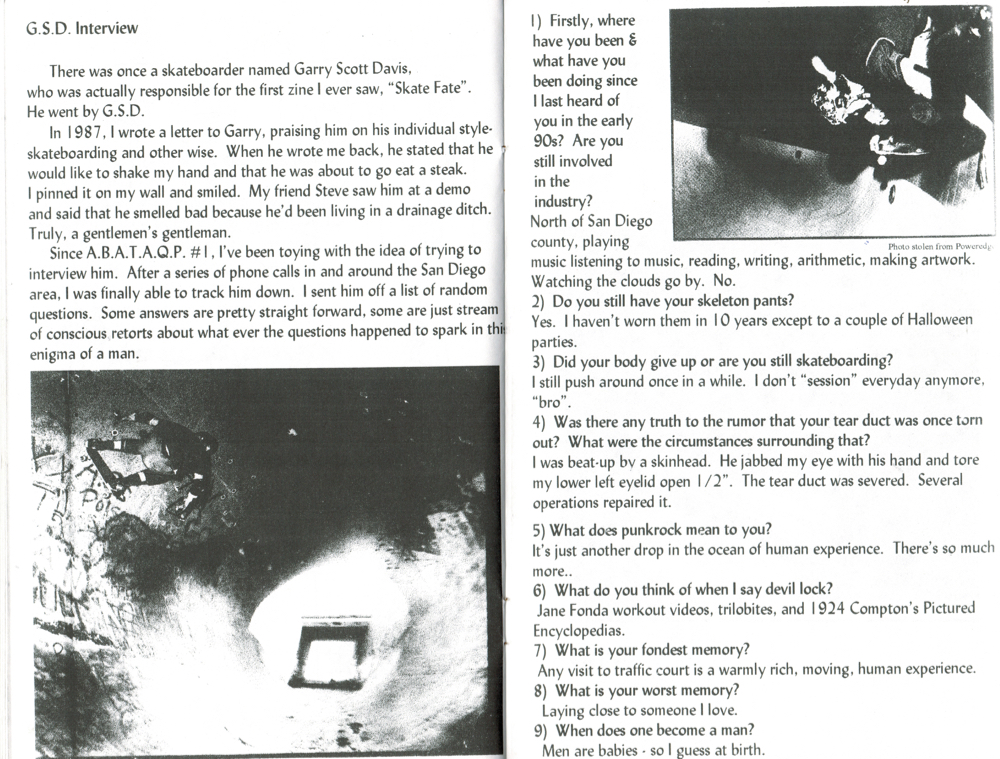 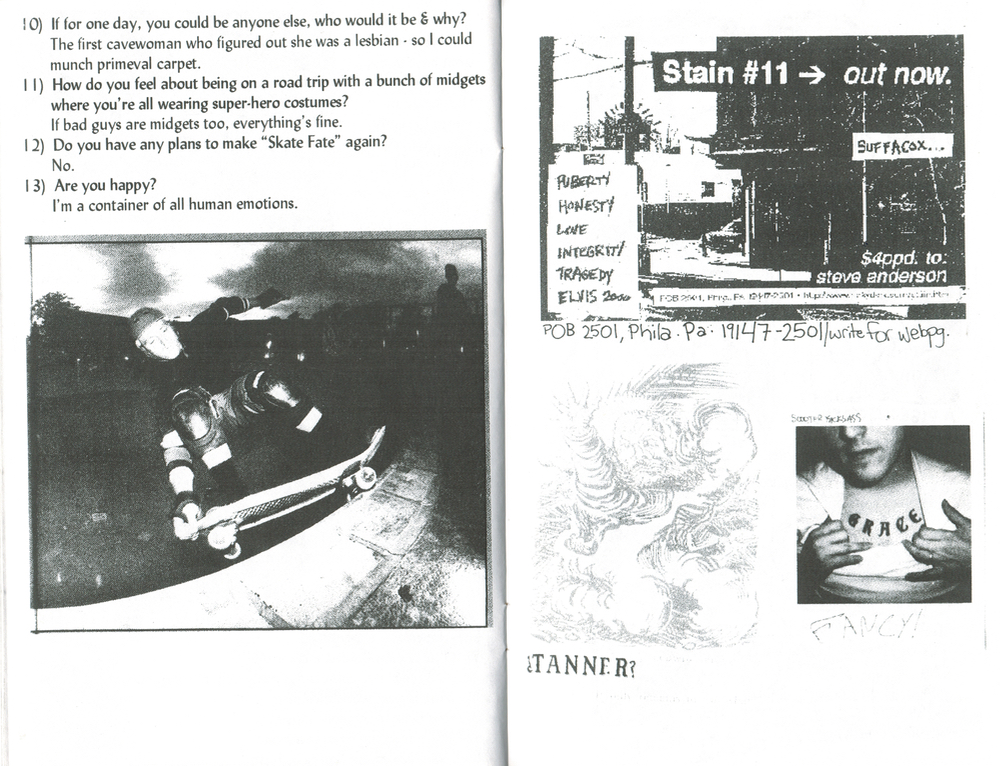 Clearly my interviewing chops haven’t been honed in the least over the last 20 years.

The reasons I bring all of this up are two fold.

The first being that for a limited run Tracker has re-released his two original decks being the infamous eyeball deck, and the Pterodactyl deck; 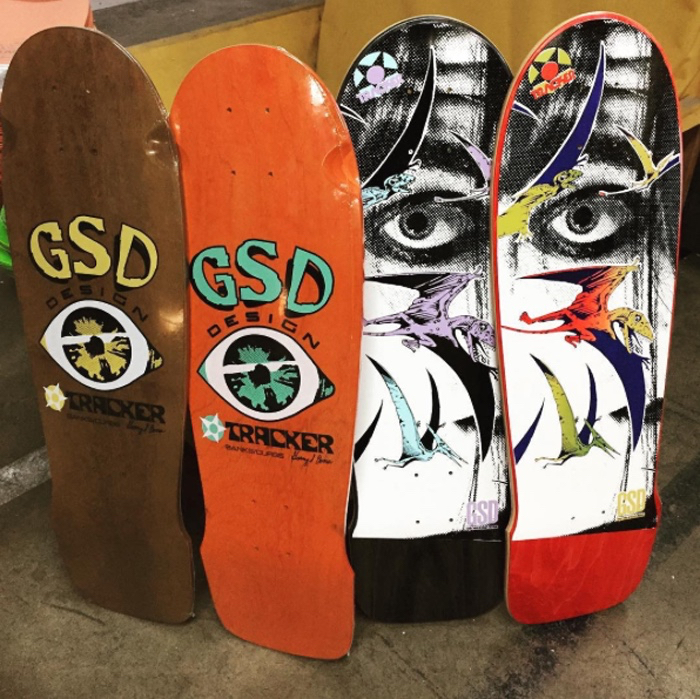 Along with these, he’s putting together a limited xerox run of some kinda shenanigans or another, so if this is an addition you like to make to your collection, don’t hesitate.

The aforementioned second fold that I noted above is something so epic, I can’t yet disclose the details.

Suffice (it) to say, to me it’s akin to traveling to the crossroads to pick up Robert Johnson’s guitar, though as a part of the exchange, it’s almost 100% guaranteed that no souls will be sold.

No ifs, ands, or foolin’s about it.

2 Responses to “No April’s fool here.”