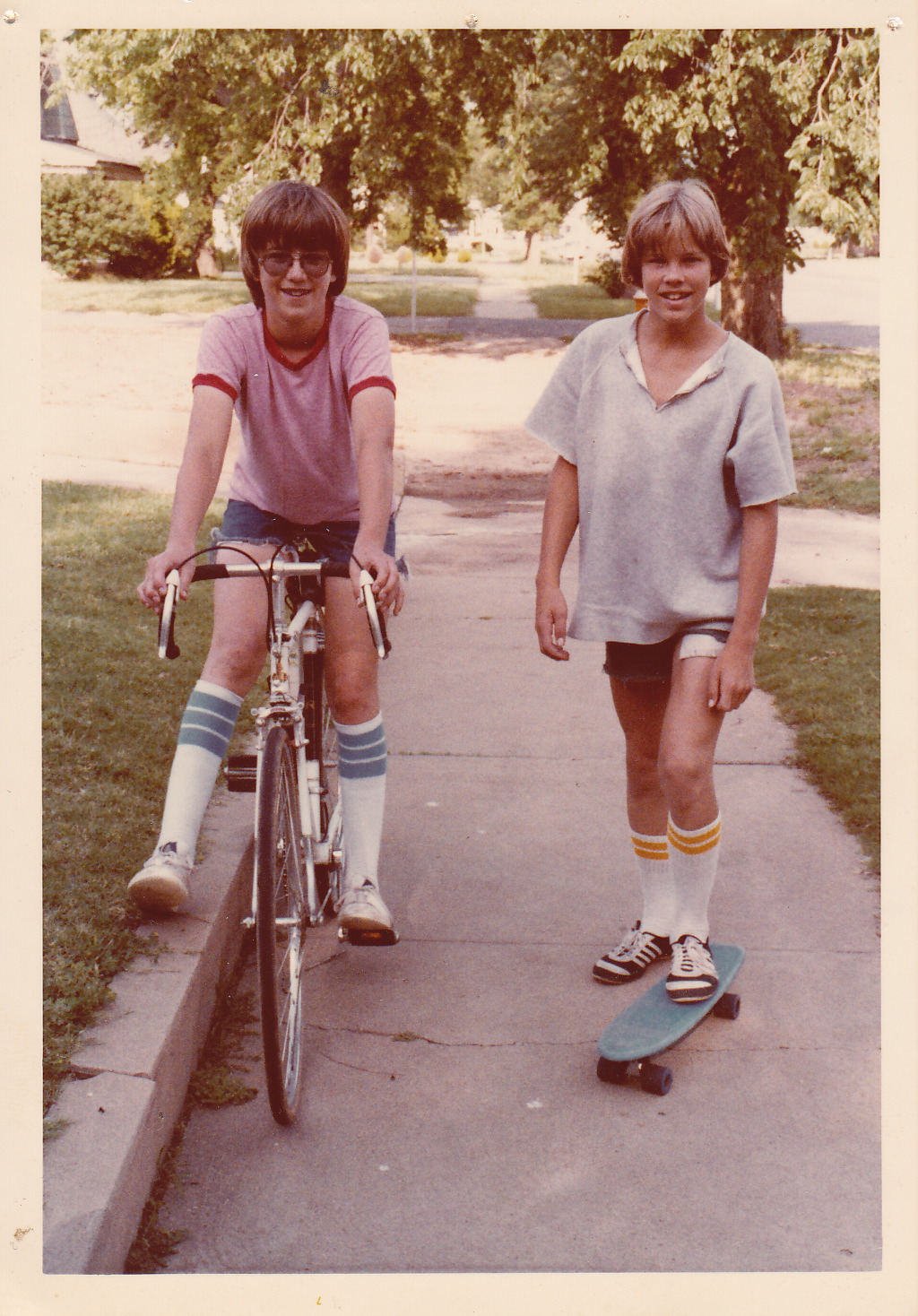 Just because we’re friends, and don’t keep secrets from one another here, the opening image I was trying to find was a high resolution version of this one; 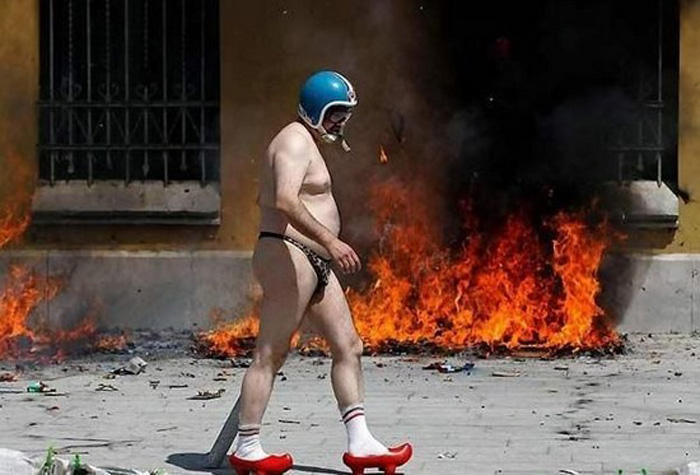 As fate would have it, the other one showed up on the scene first, so that’s just the way things are gonna go.

So… Bikes and skateboards. These are two things I love very much. Certainly bikes are primarily the thing what brings us here together on a regular basis, though skateboarding was a first love that has been hard to shake. Folks who’ve tuned in consistantly might recall this post in which I described getting back on a board on a regular basis.

Since 1983, I’ve never not had a skateboard. Likewise, I’ve never not checked in on the various forms of media to see what’s happening in the world of four wheels. I stopped searching out pools, or whiling my days away on a backyard ramp, but I never stopped loving it, or considering it a cornerstone of what made me who I am.

These days I’d rather spend five ours at the local curb spot than go to a skatepark. The flow makes more sense to me, and truth be told, through a curb can still break you off at a moment’s notice, I’d prefer to fall from atop a five inch ledge than a six foot ramp, or collide with a twenty year old park rat as he or she is charging for her umpteenth ten stair switch pressure flip attempt.

That said, I was like a fish in a tub of nails during my previously mentioned foray into the wild world of television stardom.

At 10:30 Sunday night, Barker called me and said that the director green lighted his rag tag band of old and weird skaters for the following day’s shoot. I arrived on set, filled out the various bits of SAG paperwork, and headed to wardrobe, where they told me to remove my shirt and hat, and replace them with items from their collection. The prop master gave me a flat billed cap, which I immediately ‘truckered’. She turned back around and cried “what did you do to my hat?!” I paused for a moment as we looked at one another. “No self-respecting middle-aged skateboarder is going to wear a flat billed cap” I replied with disgusted authority. It was clear who the boss was now.

All told, there were about twenty-five individuals who were to be present in the scene which took place at a DIY skatepark Barker had built exclusively for the show. As we sat in a tent waiting for our call, we talked amongst ourselves, and discussed the concept of ‘hurry up and wait’, which the lot of us would become quite proficient at by the day’s end.

Along with an small army of additional extras who were present for another scene, the lot of us were moved from the tent to another big room full of chairs, and a make up station. We were then called to line up to have security tape placed over our phones to ensure that we’d not take any photos during our time there;

Should any of us be picked at random, and the tape was molested in any way, we’d immediately be removed from the set and told to never return.

Eventually the scene was set, and we were called in for a final rehearsal. After going through the motions a few times, we then broke for lunch with the crew.

This was my time to shine, and I loaded up a gigantic plate of food, which I wolfed down in record time.

Finally we made our way back around to the set and shot scene after scene. Skate here, stand there, move over here, stand on this mark, move to the side. Being cast as ‘the skatepark elder’, my role was to move in at a skirmish’s conclusion, chill a small band of hot headed youngsters out, and then assist in helping the victim off the ground.

Sometimes I’d miss my mark due to the fact that I was screwing around in the background, and sometimes I’d get to the scene a little early, and stand slack-jawed with the rest of the witnesses.

Eventually, we completed shooting all of the random puzzle pieces that in time will be jammed together to make up the final sequence, and after tiring of running the gauntlet of my hyper-energetic compatriots, retired to a corner where I concluded the day’s shooting by playing on a parking block.

Perhaps my very favorite part of the day was having a few of the kids (who all happened to be wildly talented skateboarders in their own right) approach me, ask how to do a slappy, and if they could join in on my little impromptu session.

All in all it was a super fun couple of days, and I thank the producers of the show for including me. I wrapped up the day by peeling of my then sweat-soaked hat and shirt, and returning it to the wardrobe lady with instructions for her to immediately throw them in the trash.

And so went my first, and most likely last immersion in the entertainment industry.

I have no idea when this episode will be on TV, or if my horribly grizzled form will even make the final cut, but should I find out, I’ll make note of it here.

All of that being said, it was no small coincidence that I got my newest batch of decals (or, like I always say ‘deckals’ if you’re Canadian) upon returning home for the day;

If you would like one of these for yourself, or someone you love, all you have to do is dip into the store and nick a few.

I’m a real big fan of the clip, and accompanying photos; 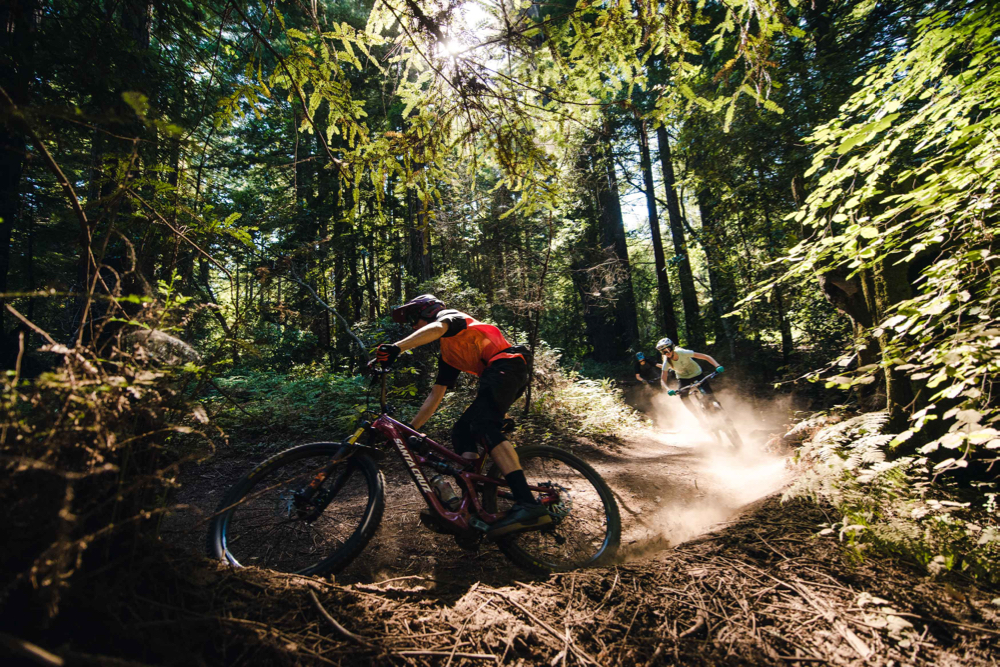 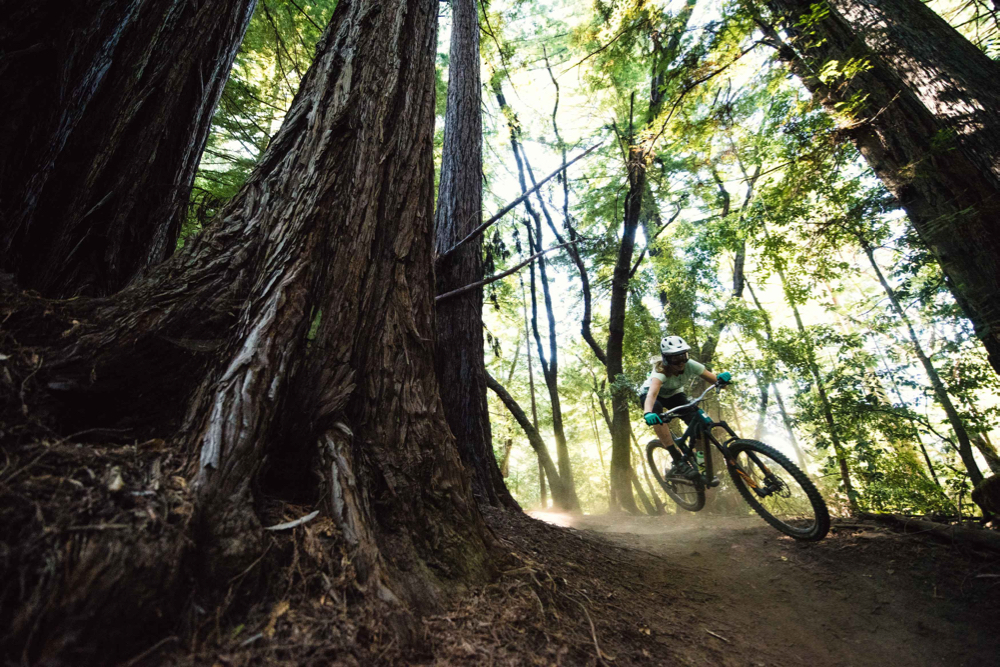 If that doesn’t light a small fire under your posterior, I can’t think of much else that would.

Though to be honest, I was disappointed to see that the Tapatio bottle; 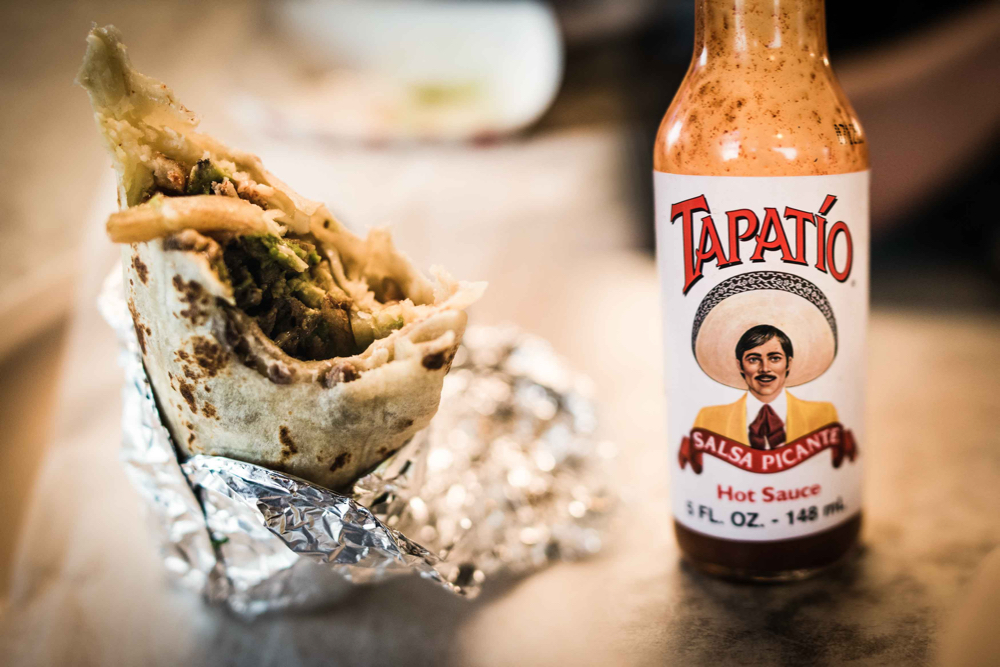 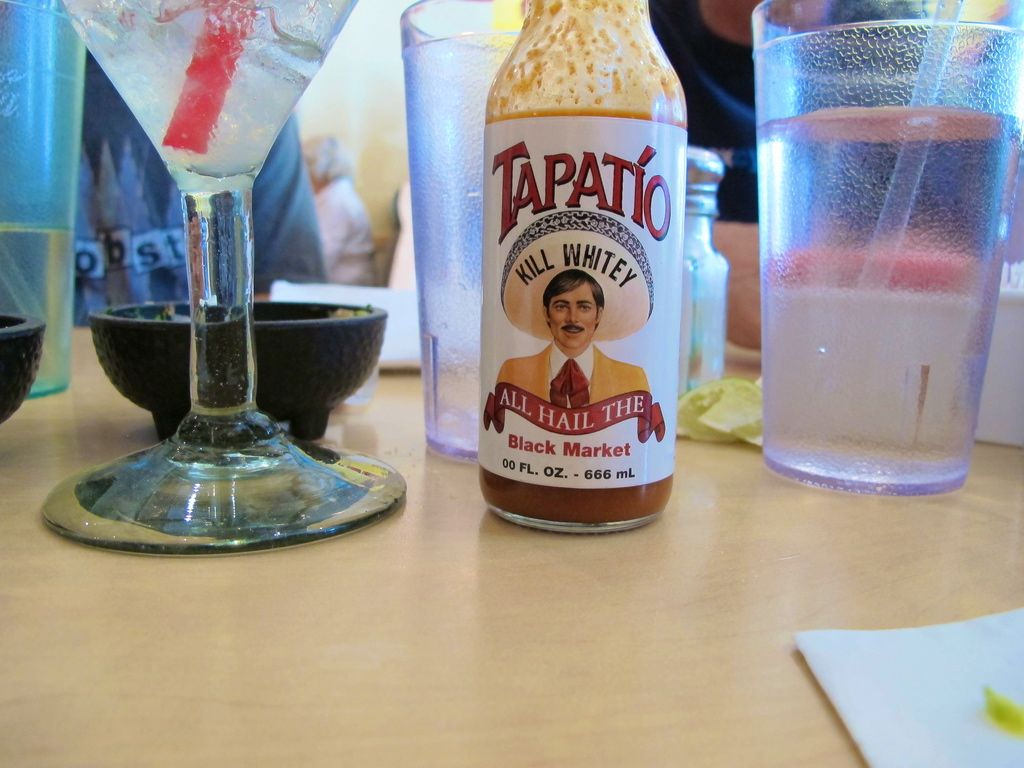 I suppose while we’re on the topic of ass fire, if you ask nearly anyone who knows me what makes me tick, I suspect their answer might naturally be The Bronx; 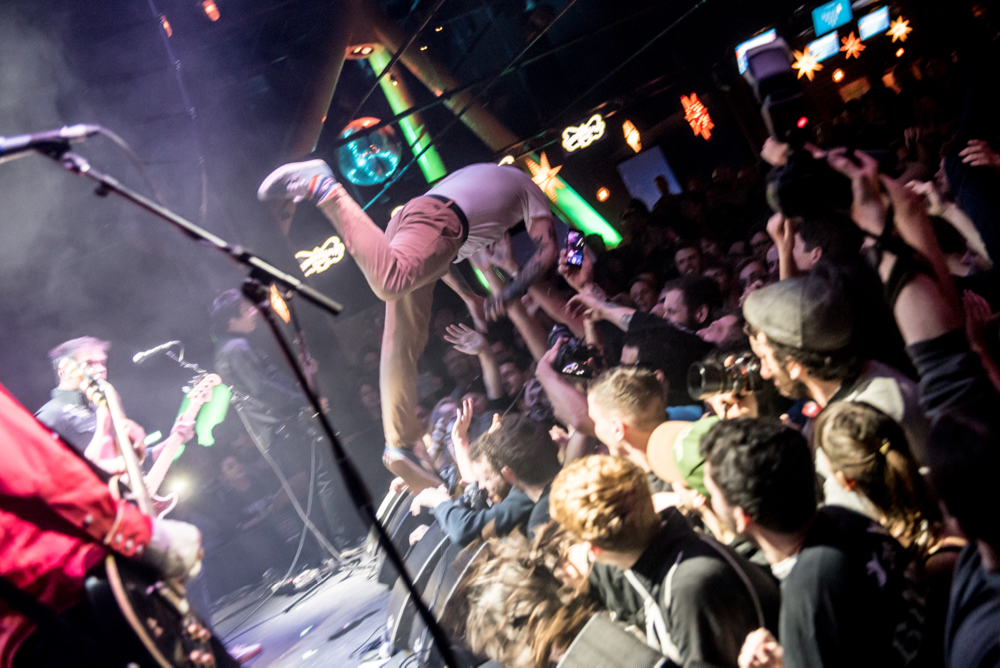 As a matter of fact, my hopeful and child-like idealism regarding their eventual appearance at the bash is what first inspired the Underbike party.

Well, I’m gonna offer up a big fat Saints be praised at the fact they have a new album coming out directly;

The sound you mighta just heard is me crapping my pants.

Then as we begin to draw the curtain close on today’s post, we’ll briefly touch on topics of a woolie nature. It wasn’t just twenty-four hours ago when I made my way to the sew shop in order to grab the sample of the brand new long sleeved wool jersey; 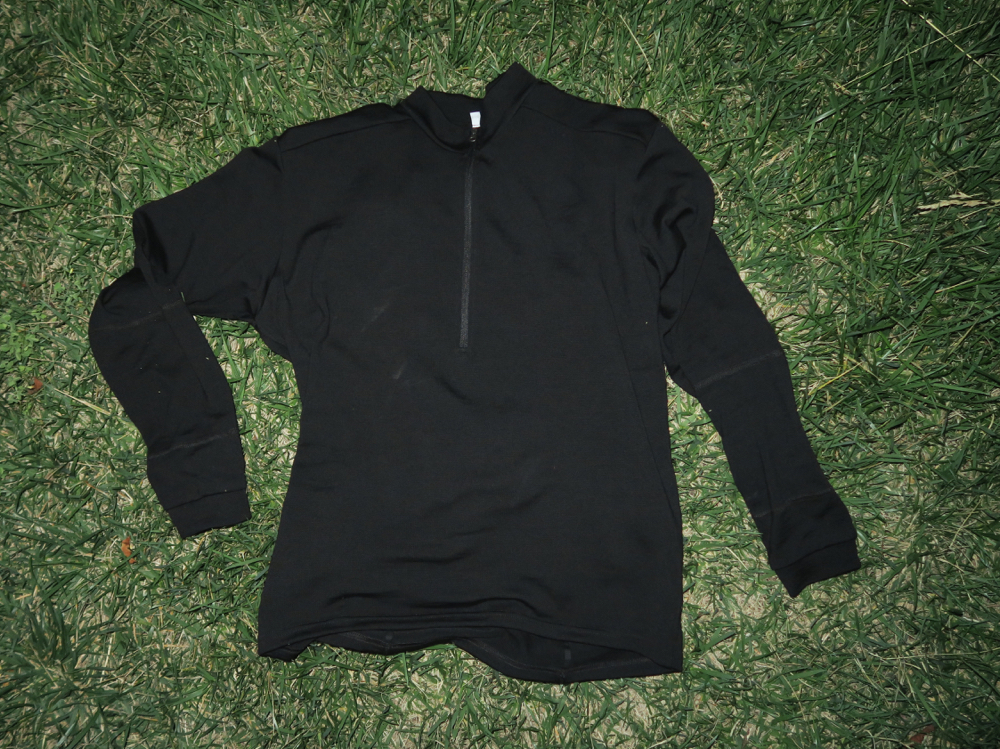 Part of the reason it looks a little bit on the worn hard and hung out wet side is because just after I picked it up, I had lunch with Schreiner; 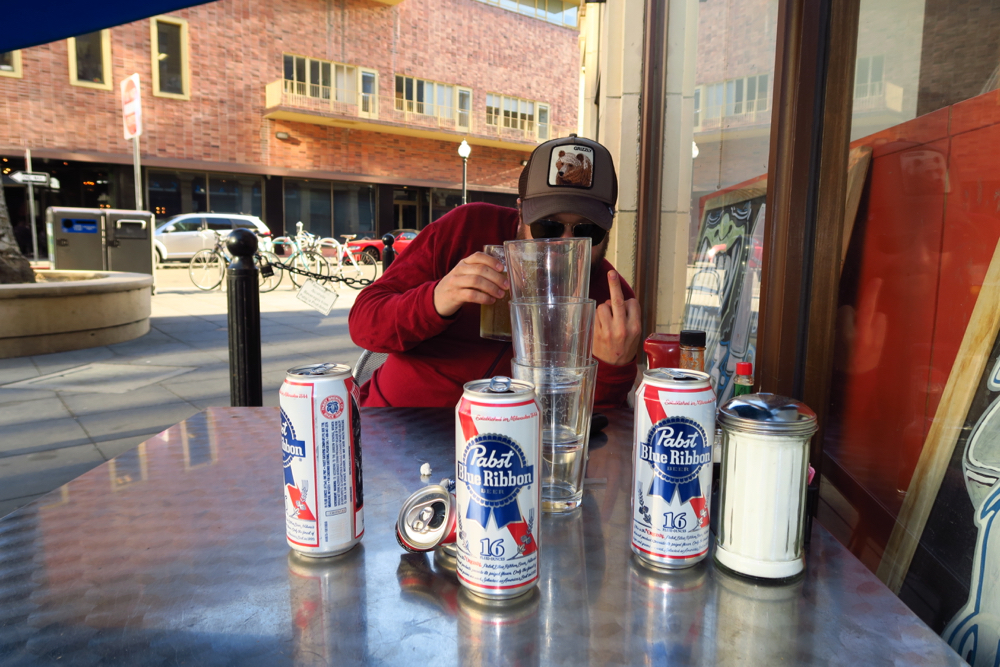 Come to think of it, the primary reason today’s post is about to swerve off the road is for the same reason.

Anyway- I will be putting a couple of weeks worth of R&D into the garment, and most likely will be able to get Soulrun Joe to snap off some legit glamor shots of the piece that are considerably better than those of it crumpled in a pile in my backyard.

As I noted on the Instantgrahams, assuming I don’t find any glaring issues with the piece’s construction, we should have an order window opening right around the beginning of September.

And when that order window opens, it is naturally my hope that all who might have an interest stand at attention, and report for duty.

Or at the very least, place an order or two for one.

5 Responses to “Reporting for duty.”