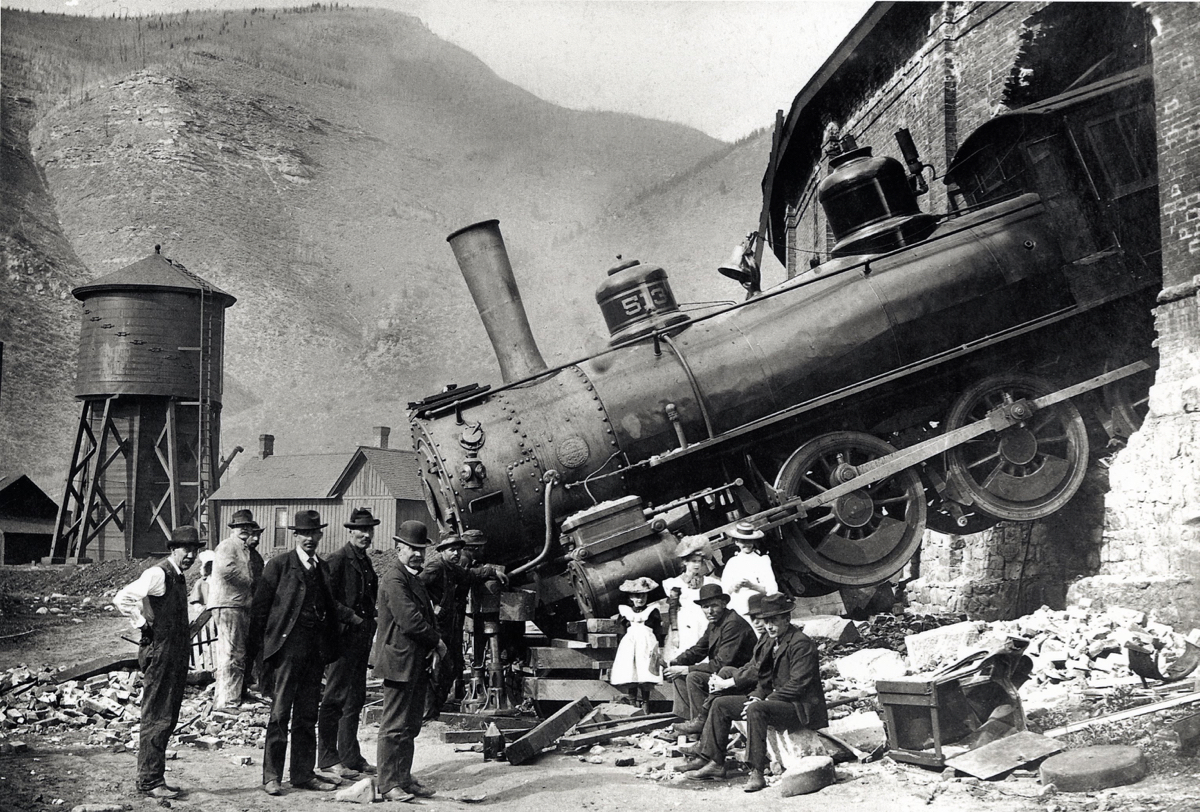 So, do y’all recall this post in which we elaborated on the Calgary area mountain biker who was allegedly injured by barbed wire strung across the trail?: 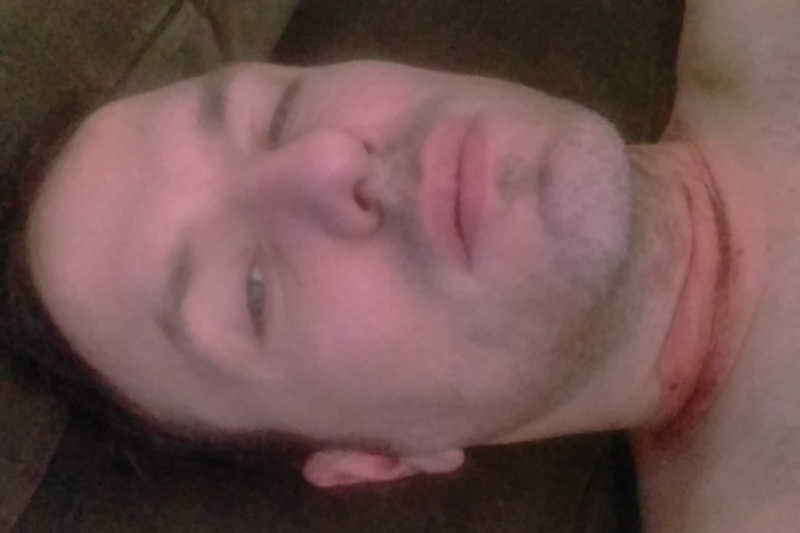 The short version is he got hurt, local mountain bikers picked up on something stinking in Denmark, and now, thanks to Jen, it’s been brought to my attention that the guy was in fact, full of crap.

I sincerely hope he gets what’s coming to him, and karma kicks him straight in the jewels.

In other news of goings on up there north of the border, there is the not so small matter of the 2017 Kona Bicycles launch.

You might notice that this year is the first in six (or maybe seven) that I’m not present.

Obviously, organizing the launch is a huge undertaking in itself, and so over the last six months or so, I’d been in contact with Caleb Kona the media guy (for lack of a better term). When it came down to actually scheduling the trip to Squamish, it seems as though my dance card was already full. Basically I screwed up by saving the date, and then getting confused and scheduling other stuff on top of it.

If you recall, last year (part one, part two, part three, and part four, if you do not), there was a real lot of shenanigans. So many in fact, that I burst my left ear drum

They might dial back on the horse play a little bit, but the riding will still be bananas;

Being a half way broken, and half way to dead middle aged person however, the less I throw myself off of ladder bridges, the longer I’ll sick around being half way to death, instead of all the way.

The bottom line about all of this is I blew it, and as I stand here today bathing in the fact, the waves of regret are constant.

All of this being said, I do plan on being in Bellingham in right around a month, at which time I plan on making a special trip to Kona to get some photos, and shoot my stink all over the new line, so hopefully even though I’m missing the launch, I can still get the skinny.

Luckily for me, and my financial well being, while the other reindeer are playing their games up north, I’m down here plotting to temporarily circumvent my continued dance with financial ruin. One of said plans is that long sleeved wool jersey I keep jibber jabbering about. Where we are at on that currently is that I’m actually shell shocked about how much work goes into a project like this.

I foolishly assumed that since there was a production run of these made previously, all I’d have to do is send the pattern file to the sew shop and that’s all there would be to it.

As it turns out, there is way, way, way more involved in it than that. So as not to bore you with the details, I will at least note that a sample is currently being made, the embroidery has been digitized; 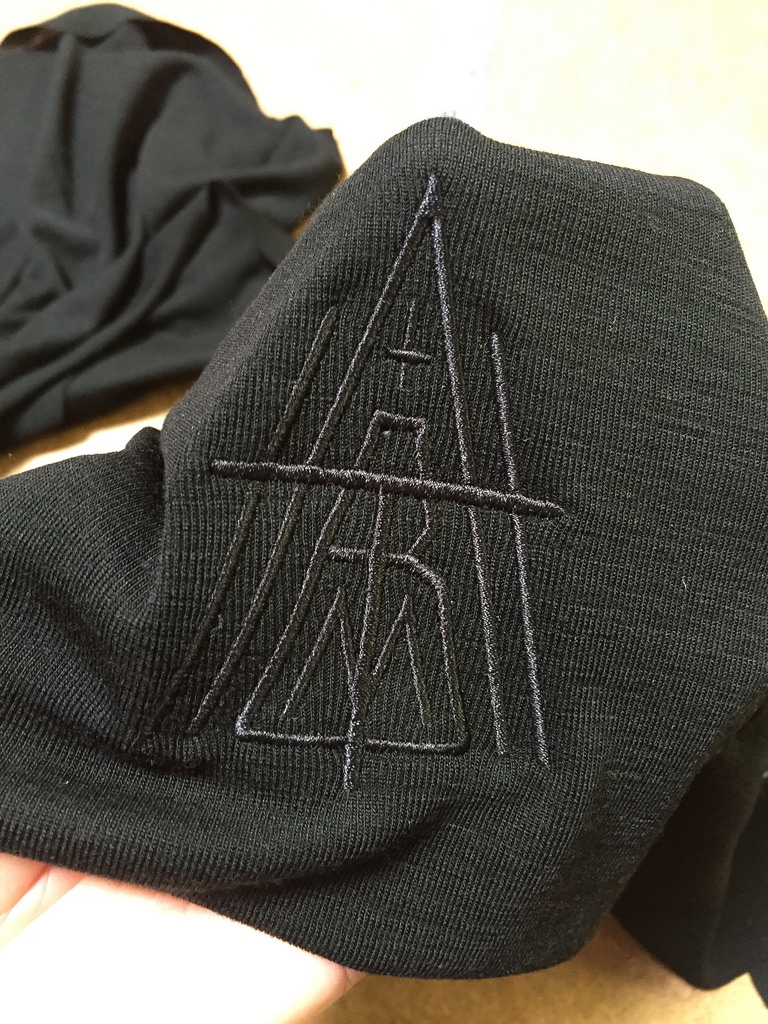 -and we should be able to open an order window for it on or around the first of September.

Another bit of weirdness that landed in my lap which kept me home is that today, like right now- (assuming you’re reading this on Monday) I’m on a shoot for a teenaged mystery drama called ’13 Reasons Why’;
https://www.youtube.com/watch?v=JebwYGn5Z3E
Have you ever seen it?

I haven’t. Just the same, a friend who builds sets for the show was tapped to help populate a scene shot at a DIY skatepark (that he also built). Among the 18 to 28 year olds in the scene, I obnoxiously float like a turd in a punchbowl.

It seems as though the show’s director felt that the scene needed the voice of experience. A skatepark elder, as it were, who after a fight breaks out, swoops in, and chills everybody out.

Believe me, it’s as weird for me to write, as I’m guessing it is for you to read.

I asked a number of friends who have teenaged kids if they watch the show, none of whom did. I then mentioned it to a buddy of mine who’s a 50 year old retired road racer, and he squeeled like little girl.

So instead of riding bikes in Canada, that’s what I’m doing. I’m both sorry, and strangely, not.

It’s just a matter of time before I have a star near Kevin Spacey and president (lower case ‘p’) Dumpster Fire; 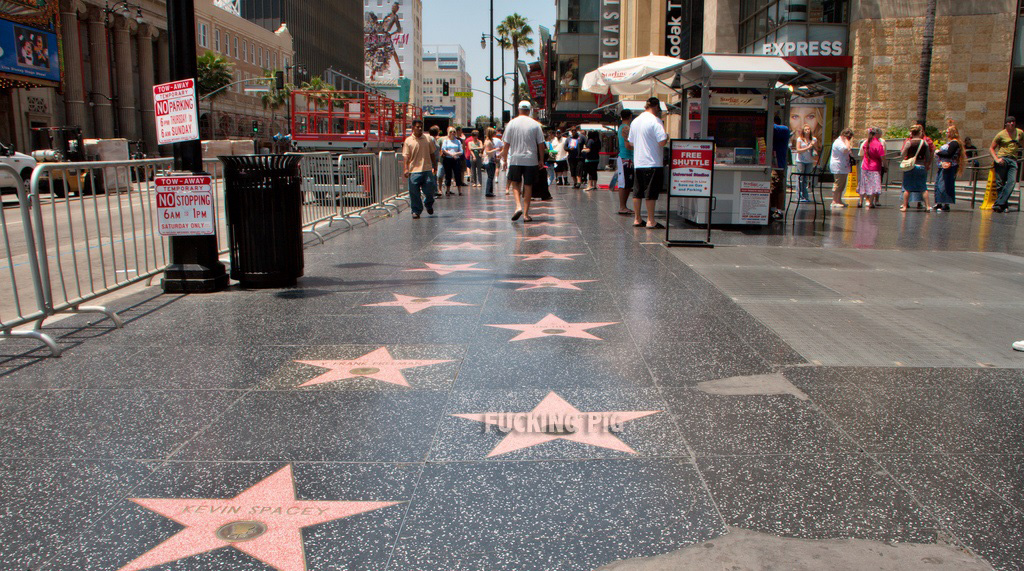 Moving on to bits and bursts from ye olde mail bag, I have a couple of matters we need to address.

Firstly, from Sophie of VYNL Race Bikes I got a heads up regarding a little adornment no self respecting bike race nerd should live without;

We are thrilled to launch our latest VYNL Fights endeavor, this time with the amazing artist Jesse LeDoux.

Jesse was the Art Director for Sub Pop Records back in the day, and created posters and album covers for just about every “it” band of the late 90s/early 2000s, as well as solo projects with Giro, Rapha, and Starbucks to name a few. He’s an avid cyclist, and we’re stoked to partner with him.

The charities this time around are all Earth-Centric, and the design is a KOM Pin just in time for the Tour de France. Folks have their choice of 5 different charities, and all proceeds will go to those charities at check-out.

Also to note, these pins are Made in the USA; 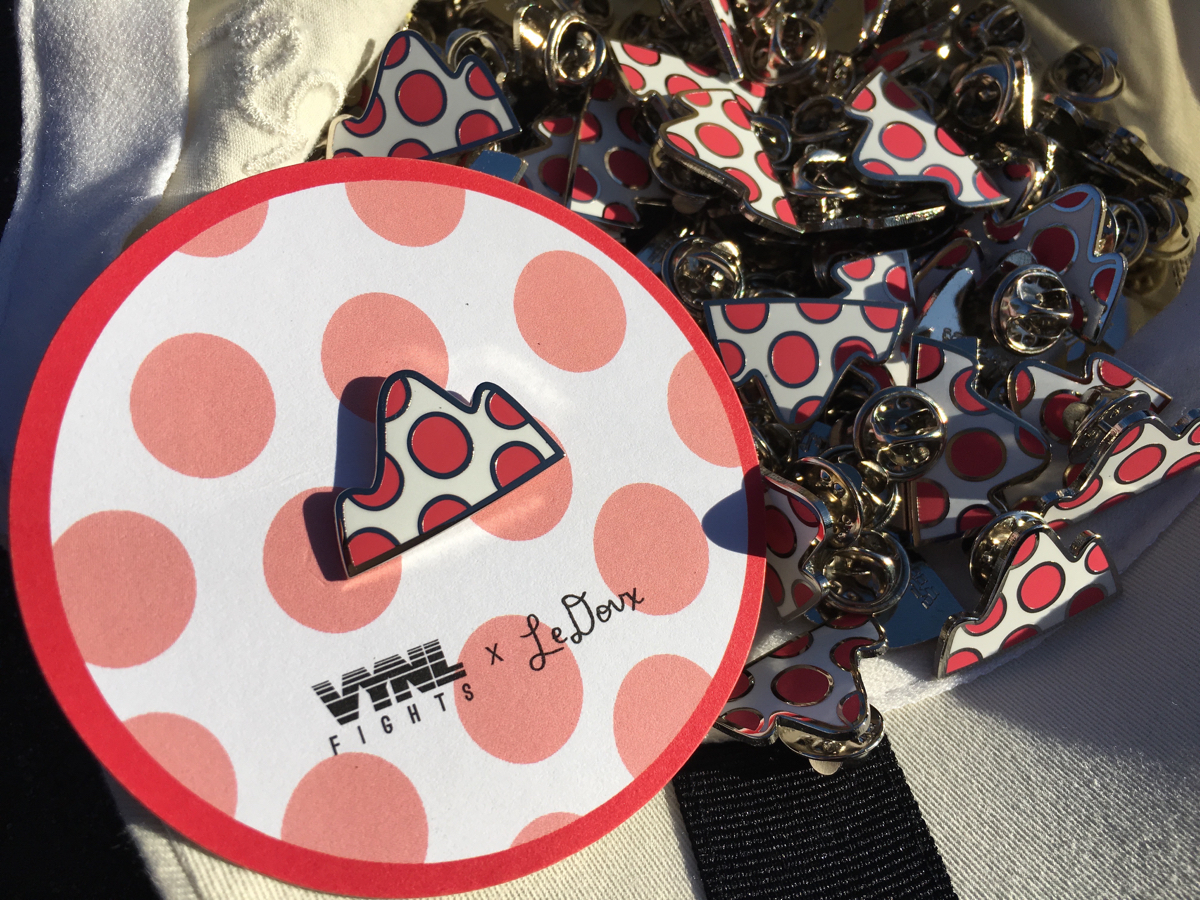 Anything you can do to help share and get the word out would be HUGELY appreciated. These pins are in stock and ready to go fight for the planet.

The link can be found here.

Attached are images you can use in the post. If you have any more questions or want some different images, just let me know, and thanks!

Did you get all that? Buy a pin, and know that your monies are making their way to 1% For The Planet, The Sierra Club, The National Forest Foundation, CarbonFund.org, or The Environmental Defense Fund.

Or be a champ, buy five pins, and contribute to all of them.

Moving in other realms of extending a helping hand where we can, I got a shout from Jason regarding a comtariot of his that could use some support;

You may not remember me from such AHTBM posts as Norm Adams’ Steel Balls and Unwanted Gum Violence. (*Editor’s note- I totally do.)

I write to you to ask if you would share a crowdfunding link for my rad friend Carmen. She was in a serious bike crash on July 8 that left her with a compound fracture in her right tibia and a fractured left talus and heel bone, along with a compression fracture in one vertebra; 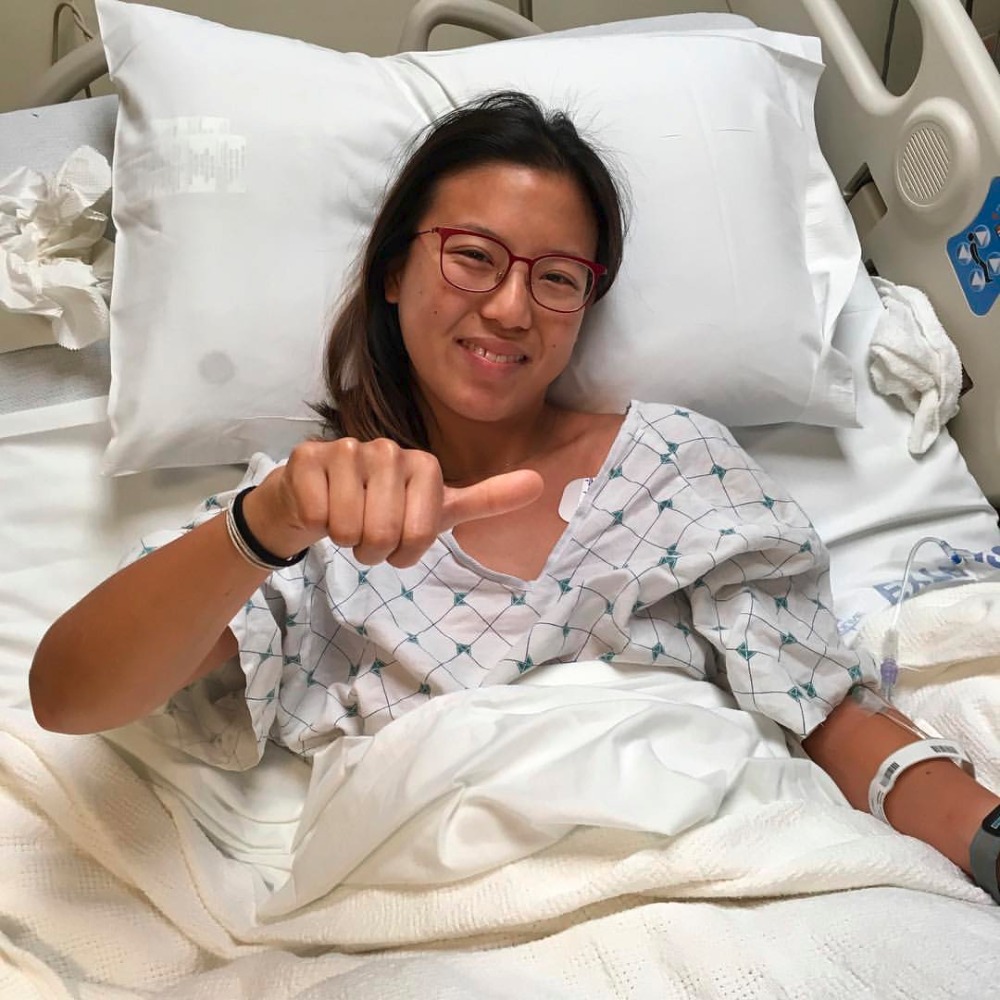 Carmen loves bikes, biking, people who bike, fixing bikes, people who fix bikes, and everything about bikes. She was excited to try cross racing this fall but finds herself in a wheelchair for about 8 weeks and on crutches for another 8. She is also about to start grad school in August to study equitable transportation planning; she will start the program from a challenging yet valuable perspective that she didn’t anticipate.

This is all on top of a chronic illness that Carmen has stoically dealt with daily for six years. That didn’t stop her from doing Bike & Build last summer, a cross-country bike ride with stops to participate in affordable housing construction projects. Nor did it stop her from being incredibly active in our local bicycling advocacy organization. As the president of the board I had the privilege to present to her the well-deserved Volunteer of the Year award this spring.

I don’t have kids and will never know what that’s like, but to have a young person who I care about get knocked on their ass like this may give me a glimpse: it is profoundly difficult. Carmen is a white-hot source of enthusiasm and is someone who I desperately want to see succeed and do great things in this world.

If you feel compelled to throw her some assistance, then by all means, do so.

Because it’s what friends do, together we can circle the wagons and help get her off the pain train, and back onto the party kind.

One Response to “All aboard the party train.”