But it’s a good bet that at least a few who do, are. 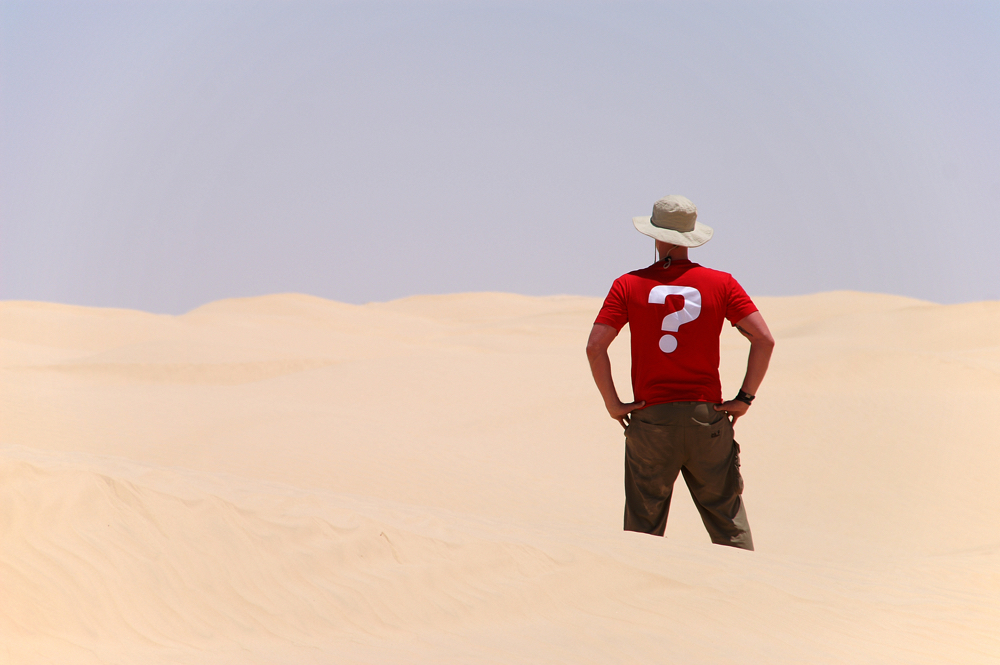 As conservatives flee California for Texas, and Texas is currently in the process of fleeing America, I don’t even know what’s going on anymore.

The United States are far from united, and all I can do is sit back, ride my bike, make an occasional crappy painting now and again, and try not to fan the flames as the band plays.

Now, while we’re on the topic of being lost, might a few of you recall a trip I wrote about a few years ago when Mission Workshop/Acre Supply went and did the fool thing of sending a group of us to what nearly was our deaths?

They were good times.

The short version is that with Yonder Journal at the helm, eight of us traveled into the wilds of The Mythical State of Jefferson aboard mountain bikes for what was supposed to be a three day trip, but ended up being a smidge longer than that; 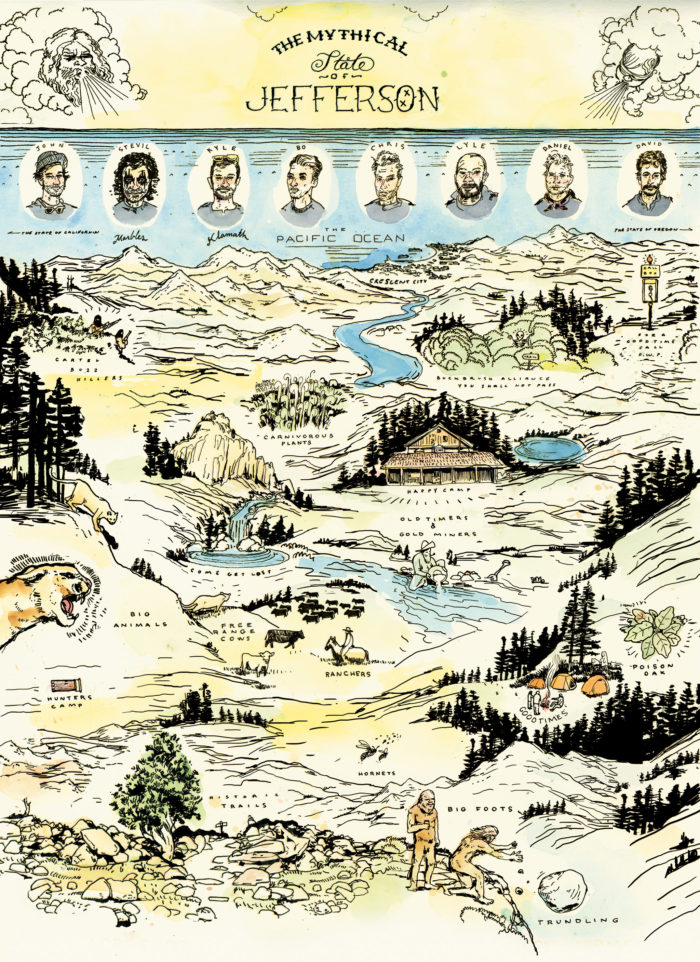 For a time YJ had a dispatch on their site, but (I assume) because there may have been a federal law or two bent during our travels, the post was removed.

Thankfully the post has been revised, and for any and all who’d like the walk back down memory lane, it’s returned to the site for folks to enjoy; 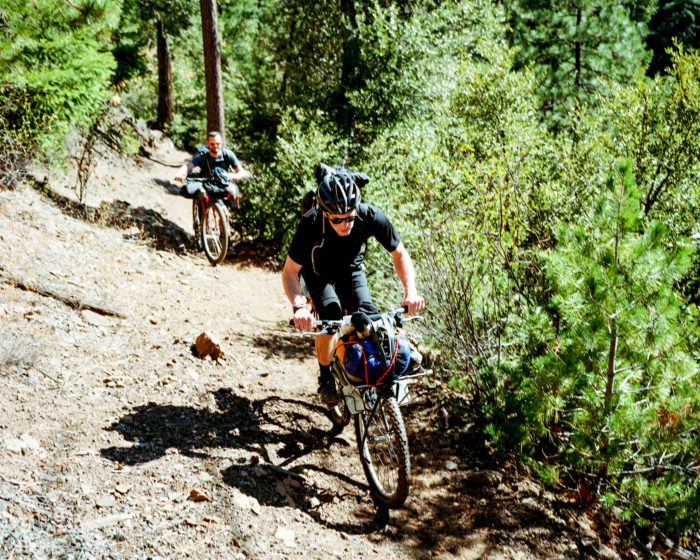 While the views were breathtaking, and the act was certainly life affirming, overall it was a terrifying experience. Chris McNally put it most succinctly with the observation that he felt as though he’d just spent five days in an indian burial ground.

Not being a stranger to my personal brand of shenanigans, it was once again put into perspective when my own dad mentioned that this trip was the only time in my life when he was genuinely concerned about my well being.

Perhaps a year or two later I received a group email about another YJ trip, inquiring if I’d like to take part. As the others on the thread agreed to go, or offered up regret that during the scheduled dates they were otherwise occupied, I responded stating simply that while I had nothing going on that week, I wouldn’t be in attendance because I didn’t want to be.

As I clearly stated in the story’s forward, I wouldn’t trade the experience for all of the tea in China. Just the same, this pre-trip portrait clearly illustrates the battle between my heart and head; 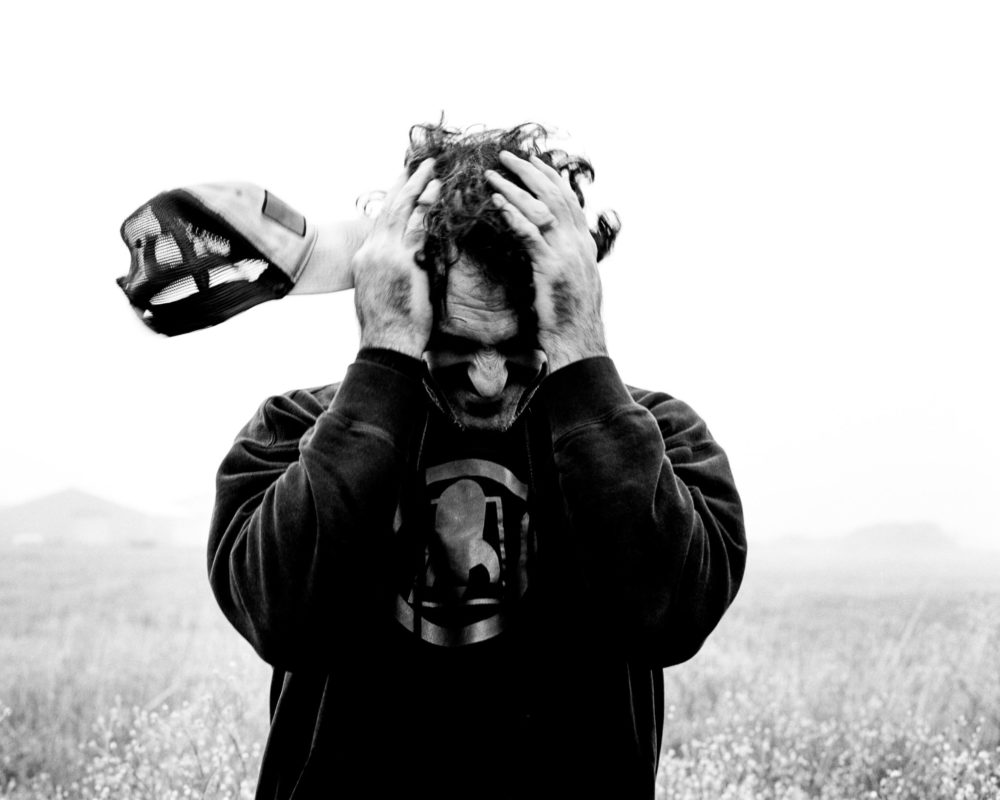 it was a perfectly imperfect adventure, and I hope you enjoy the revisit as much as I enjoyed remembering why I’ll never do anything like it again.

Now, to cleanse your palette from all of that, I offer the following video that was sent to me from Handsome AK.

According to the video, at Ramat Gan Safari Park near Tel Aviv, a crested black macaque (a ‘monkey’ to the rest of us non-Primatologists) named Niv has developed an unlikely friendship with a young chicken;

At the helm of Shimano America, (and depending on who you ask), Handsome AK may be working furiously to destroy or save the bike industry, but man- does that guy know a cute animal story when he sees it.

Unrelated to animals being nice to one another, I’ve either been in or on the periphery of a number of conversations recently about the redevelopment of cities nation wide. One needn’t look any further than Minneapolis, Oakland, San Francisco, Denver, San Diego, Brooklyn, Austin, pretty much the entirety of Seattle, and even Detroit to see that suburbanization is everywhere.

Perhaps nowhere is this more glaring than Portland. Once a seedy den of heroin, shady characters, bad vibes, and good times, it’s quickly become a gleaming beacon of revitalization, the epicenter of which is that goddamned eyesore of a condo next to Burnside skatepark; 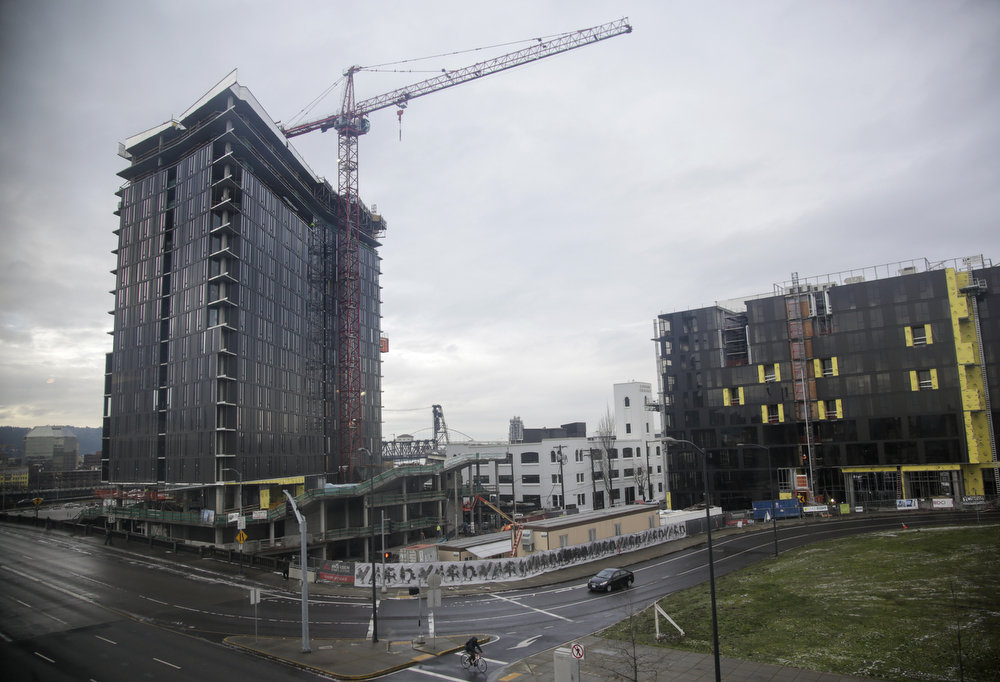 Being one who’s lived a majority of my life in the margins of what the Bay Area has left behind, I can’t help but wonder where the artists, musicians, and all manner of freak will go once those perviously forgotten margins have been turned into comfortable neighborhoods for middle and upperclass dwellers.

I’ve long said that new Portland could in no way, shape or form spawn a band like Poison Idea, however it would seem as though what it has done has created a volatile enough environment in which they can continue to thrive;

And I suppose as long as we loosely touched on the topic of Burnside- Anyone with ears and eyes is currently aware that Houston is currently getting walloped. As the storm, and recovery from it develop, I’ve come across an effort spearheaded by Southside Skatepark called I Cleaned Out My Closet For Houston; 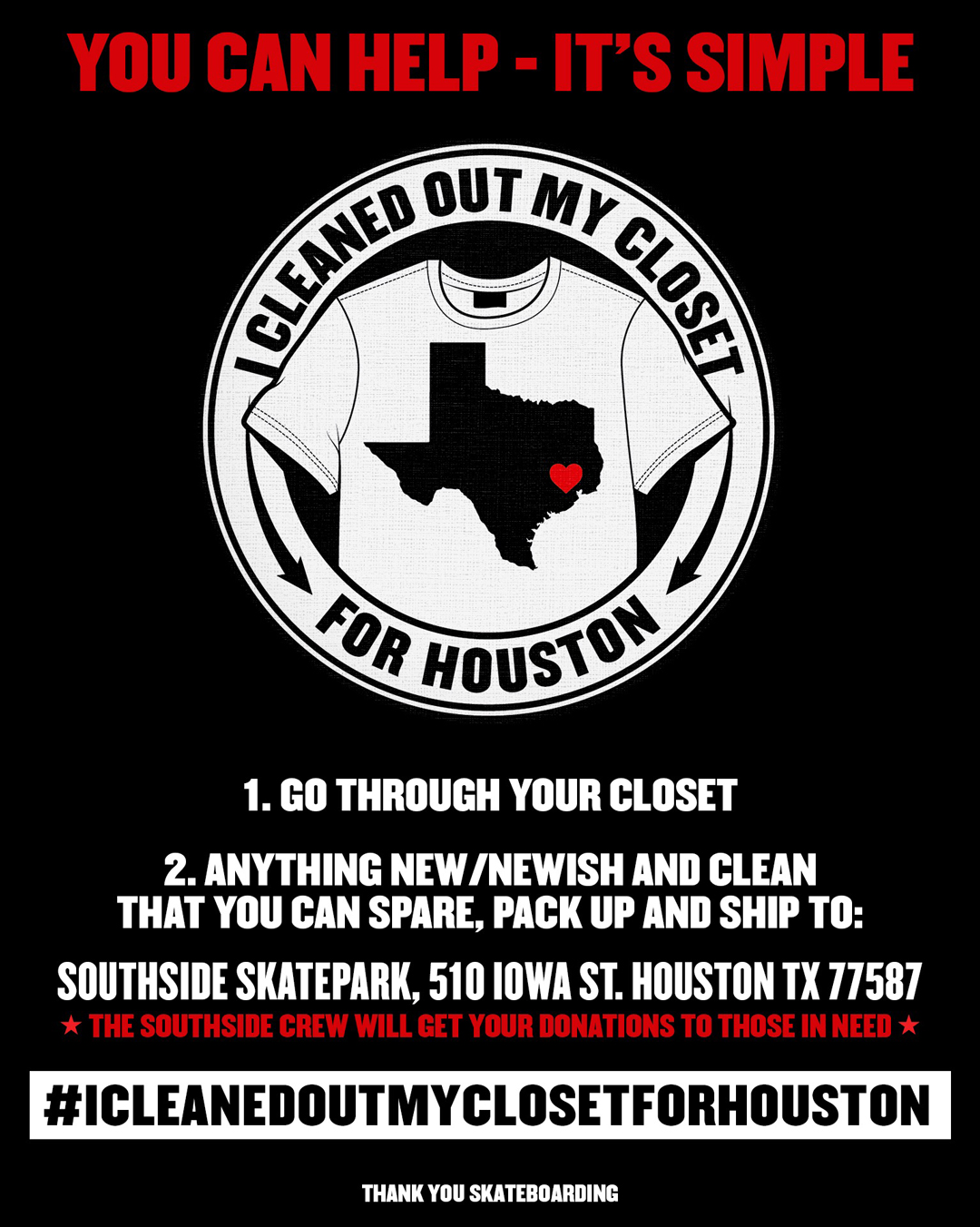 If you have extra pairs of shoes, pants, a hoodie, or anything else kicking around that you could spare, I know for certain that they’d appreciate it. It’s a small effort that will mean a great deal to those who’ve lost everything.

I thank you in advance of your time and consideration on the matter.

Now, in closing, I’ll circle around to this post when I gave a heads up to any and all who might be in LA and interested in attending Thee Teen-Aged’s launch for their new Steve Olson line of finery; Not being able to be in attendance myself, I pestered the principals of said brand for a little bit of info about how the throwdown went. I asked for a haiku and two photos, or whatever, and Connor did me one better with the following;

First off, THANK YOU, for all of the exposure you have given the brand already, and the continued support!

In celebration of the release of the line, Thee Teen-Aged put together a little launch party at the “Still Waiting” (formerly Slow Culture) gallery in China Town, LA; 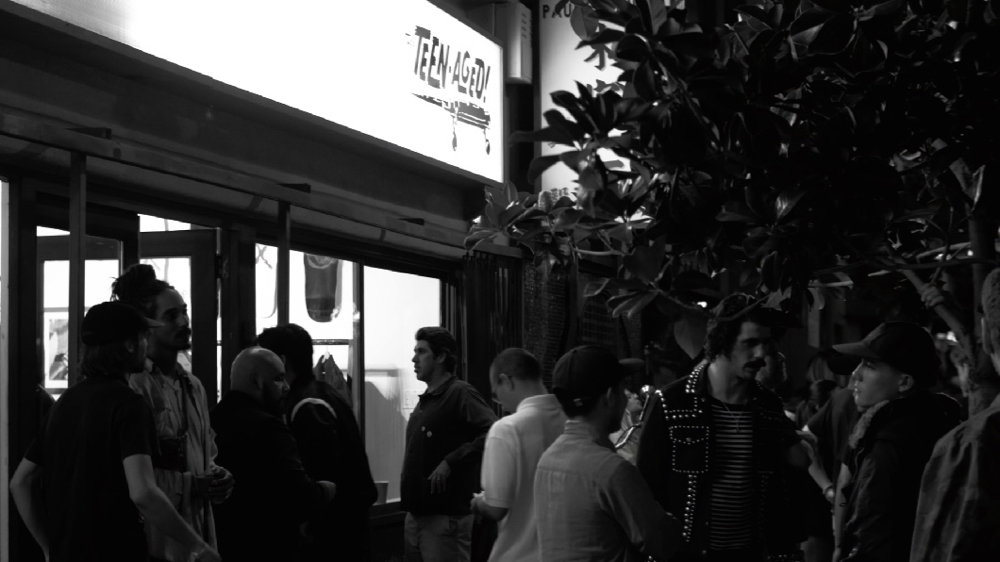 The evening was host to an eclectic group of skateboarders, musicians, designers, friends, family, enthusiasts, etc. and featured a photo retrospective by of the brands first two lines shot by yours truly; 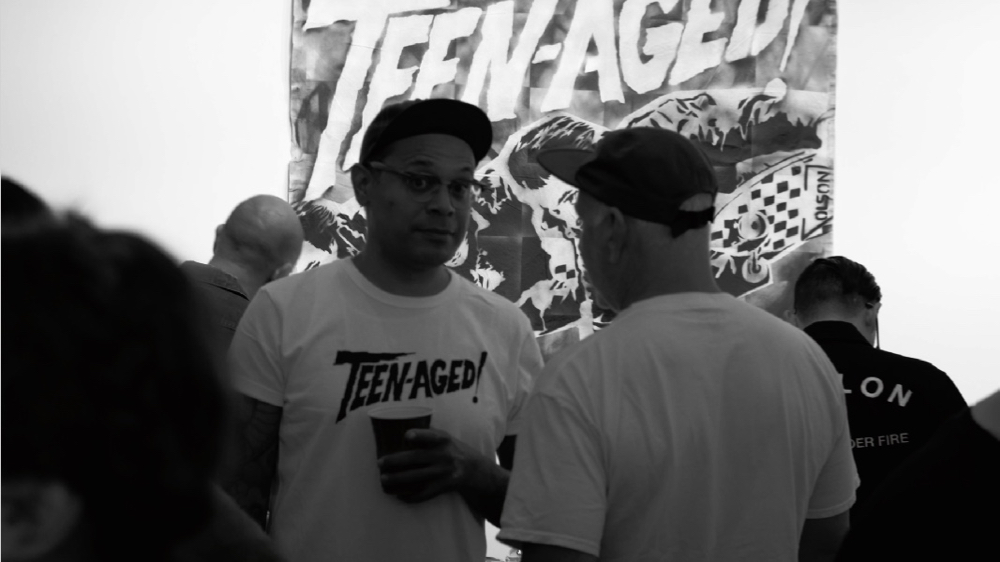 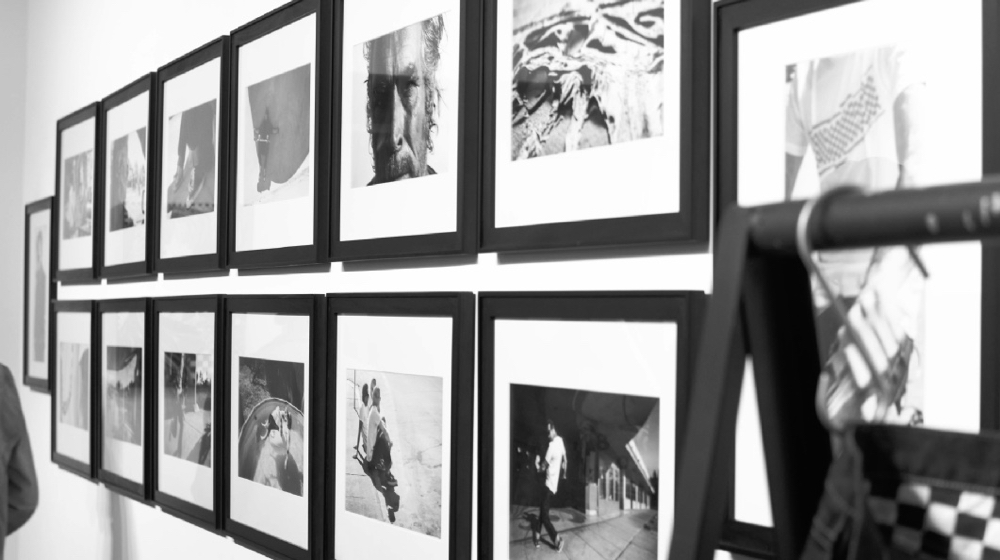 Alyasha Owerka Moore, Alex Mazuera, and Dj Pubes spun records all night, Fall brewery provided the tasty beverages, and both lines were out to view. You weren’t there, but you shoulda been.

Because I like what they do, and as I noted, loves me some Steve Olson, I was there in spirit, though truth be told, I have no business rubbing elbows with such a handsome assortment of human beings.

I appreciate Connor making with the contact, and keeping this here readership in the loop regarding the comings and goings of Thee Teen-Aged brand. Having watched it develop and grow from my little spot on the sidelines has been a real treat, and I hope when they publish their memoirs, the spell my name correctly.

It is with that, I conclude today’s effort, and offer one final thought before we part ways and melt back into the ether until next time.

Though we might be lost, at least we know where we’re going.

2 Responses to “Not all who wander are lost.”