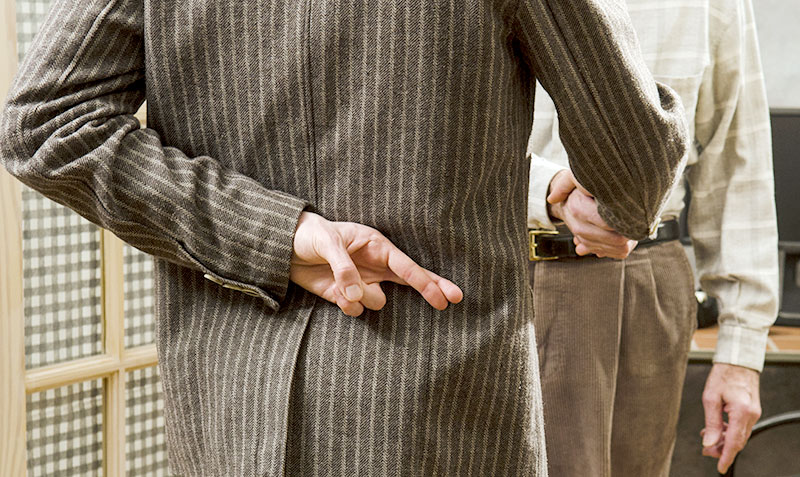 Last Friday I swore I was gonna have something here.

Though technically, there is something here, it’s not exactly what I had in mind.

Lemme put it this way- I went to Long Beach for the Bronx show, and on the night in question, after dropping off $100.00 worth of toys for a drive that (despite the fact that it was on the flyer) the people working at the bar didn’t even know about, O Zorn Bill and I got so wasted we didn’t even catch the headliner. I am a slave to my own vices/general state of exhaustion, but I wasn’t going to let this be the end of my story in Southern California.

The following day I ended up in Silver Lake, which if you can imagine, was once a working class neighborhood just northwest of downtown, sitting smack dab between Griffith Park and Dodger Stadium. These days it’s rife with hipster douchebags, expensive boutiques, and at least one juice bar where young attractive people hang out drinking their eight dollar wheatgrass and kale smoothies while smoking American Spirit cigarettes.

Having some time to kill, I did what any normal person would do, and I began waking.

Upon doing so, I almost immediately came across a building that mesmerized me to such a degree, I had to stop and shoot a photo; Though the computer in my pocket serves no purpose to me aside from creating a disease of a distraction that is slowly enveloping my brain, on occasion, I’m glad to have it so as to find out the history of such a place; ‘Come to the Sunset Pacific, where even the bedbugs have bedbugs‘.

Eventually I’d seen about all I could stand to see, and it was time to take my leave

As we drove away, I was struck with a strange and immediate feeling.

“Where are we right now?” I blurted. In response, my hostess Keila said simply, “Los Feliz.”

“I have a strange feeling we just drove somewhere near Danzig’s old house“, I immediately replied.

Not quite understanding how or why I would know such a thing, we immediately set about tracking down the address, and sure enough, my radar for all things short and moody was right on the money, so around we turned, and away we went until we found our prize; 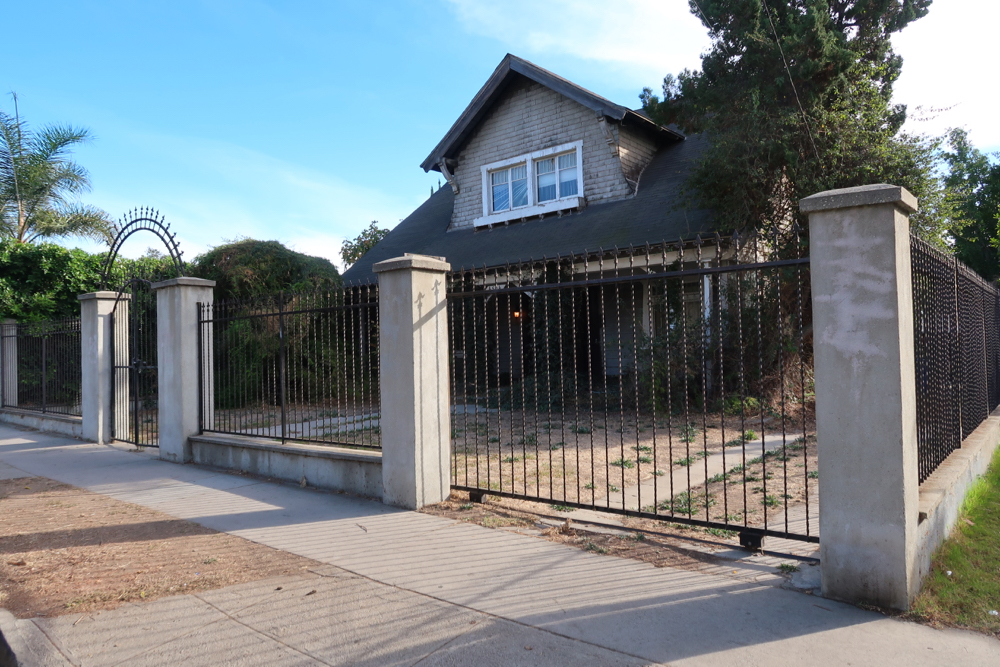 I was thrilled, and my mind swam with all of the treasures I knew to be held inside.

But alas, all we could do was to stand outside, pay homage to the long gone pile of bricks, and to the distant memory of a time when the previous owner wasn’t such a nimrod.

Before we left, I did what any normal breathing human being would do, and left him an offering; As we began our return to LB, Keila then said, “You wanna go see the Wonderland House?“ Having been a bit of a true crime buff since I was in high school, and certainly remembering when the horrors at the house took place, I said absolutely.

So that’s what we did; 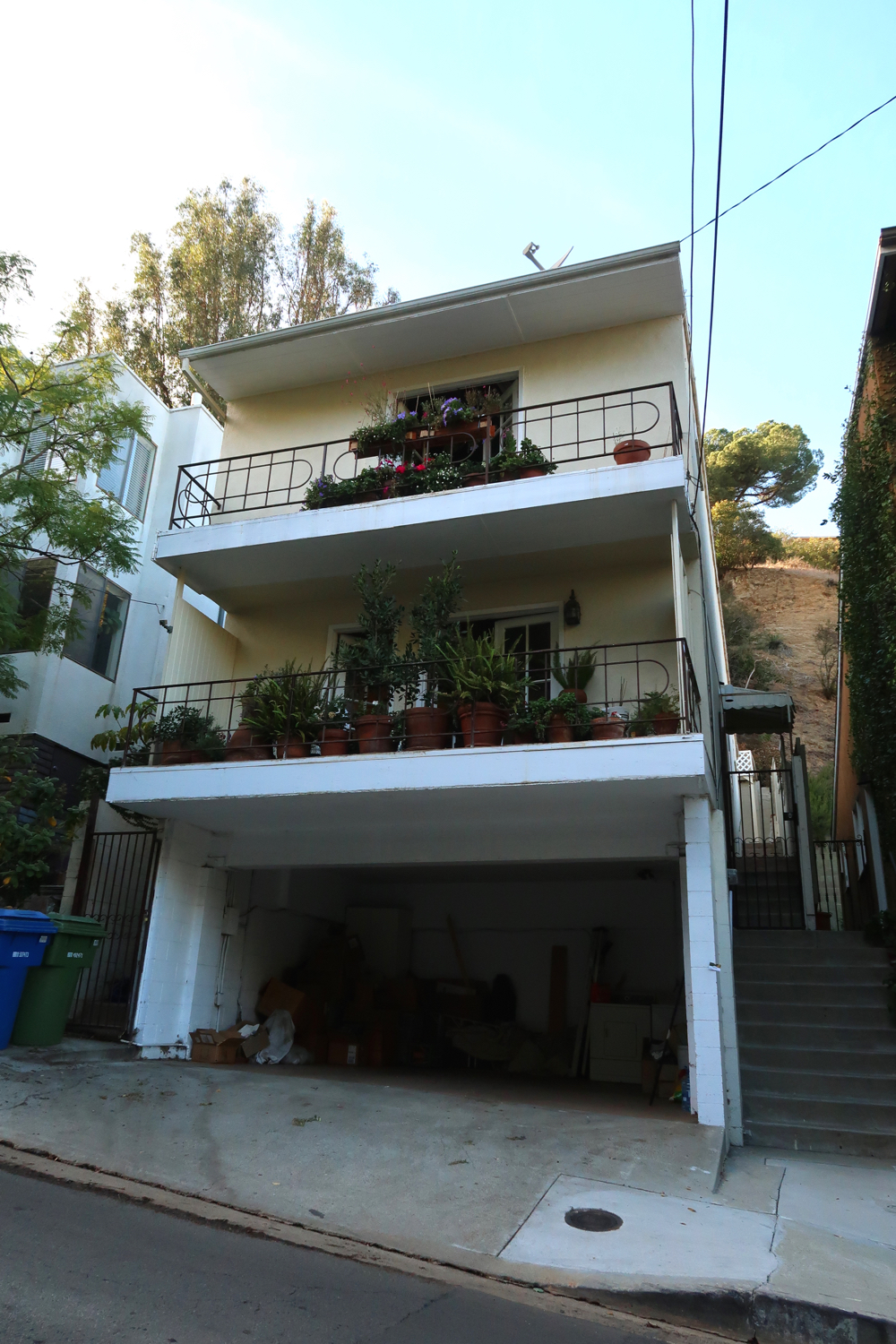 All I have to say about that, is in comparison to Danzig’s house, the Wonderland house is 50,000 times creepier.

Wanting to beat the traffic home, we then skipped out and hit the road, where I got back just in time for dinner and drinks with one of the top-rated human beings in the world, Ms. Kristen Ferrell; 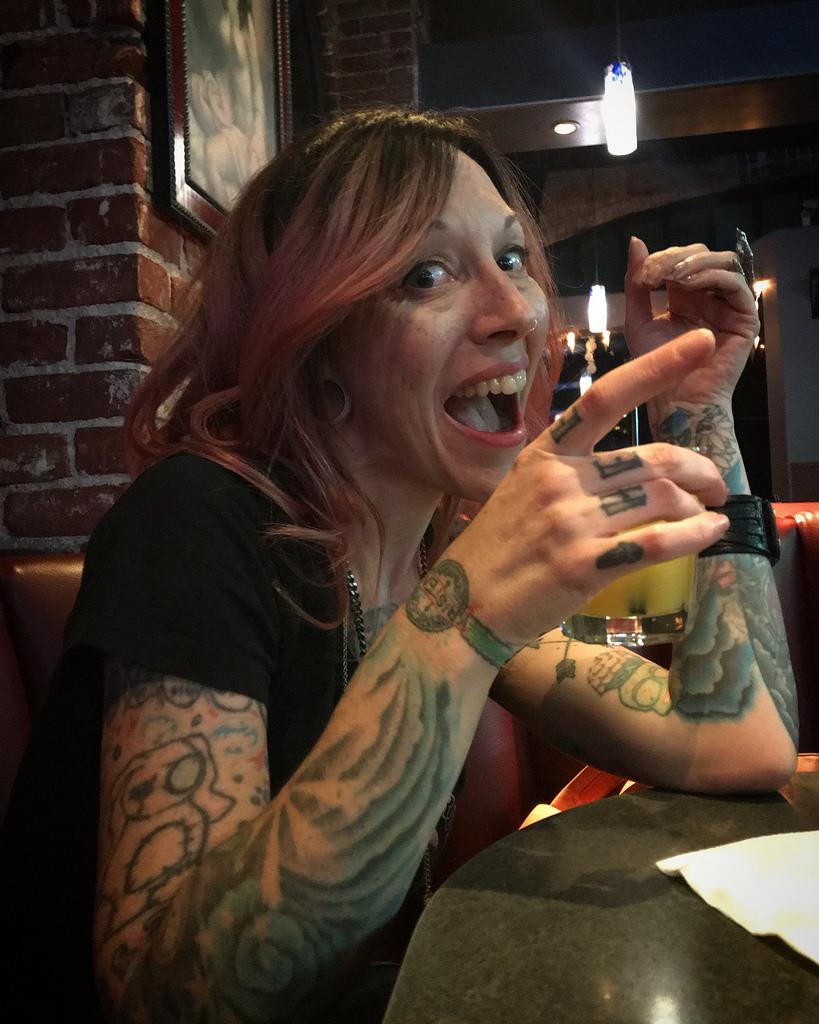 She and I met about 12 years ago via the internet, became fast friends, traded artwork, had a show together, and she’s been one of my favorite people ever since.

And because we’re on the topic of her, and Christmas is right around the corner, would you get the badass woman in your life (who might be you, your friend, your partner, or all three) one of these?; 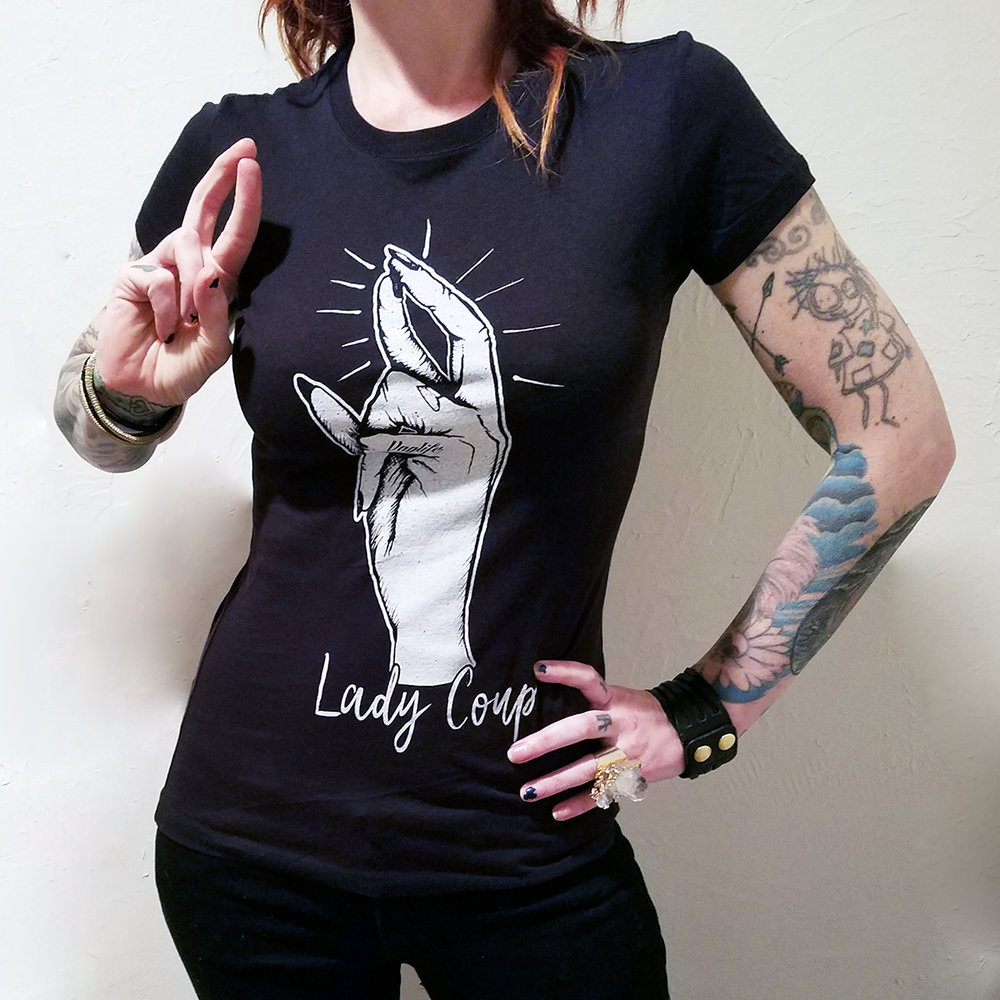 I’ve been trying to get her to make them men’s sizes, because the large I got for myself doesn’t really fit; 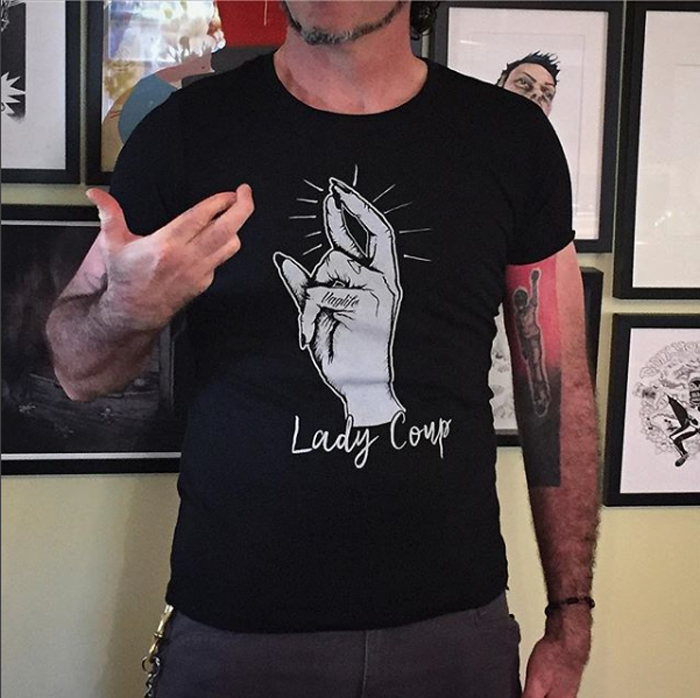 My fingers aren’t really bendy enough to do a proper #VagLife gang sign, and on the day this photo was taken, I was told by two separate women that I have a small vagina.

While this may be true, I still have feelings.

Anyway, after a night of drinks and chats, I had to head home to hit the pillow and prepare for my return to reality.

The following day was spent dicking around a bit more before heading to the airport and killing approximately one hour doing this; Thanks to my hosts, my friends, The Bronx, and anyone and/or anywhere else whose paths I managed to cross.

It’s with that I declare Friday’s post will be better. I totally promise, and will gladly shake on it.

5 Responses to “Promises between scoundrels and liars.”