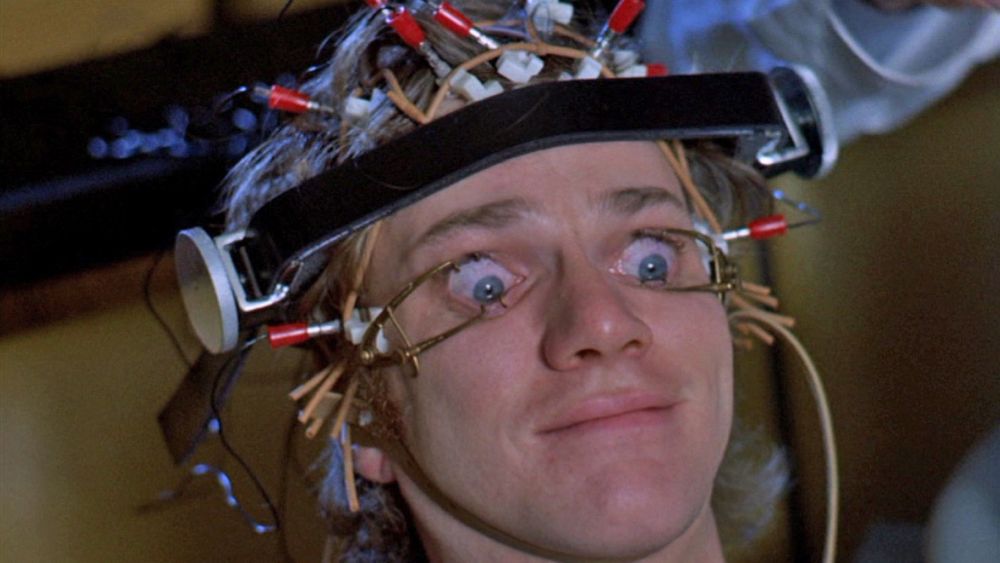 As a contributor to the noise, I readily realize the irony of my perspective regarding the hope that everyone would just sit down, take a breath, open our eyes and ears, and shut up for a second.

The internet is the greatest communication device the world has ever known, but with human beings at it’s helm, it’s not unlike giving a bullhorn to a three year old.

Based on my own daily immersion in it, I’ve had quite enough of the bickering, misinformation, and the general shittiness of the exchanges, and I find it to be akin to a family reunion you never want to attend.

So the point of all of this, and at the risk of sounding like a broken record, is to say once again say how much I truly not only appreciate, but have come to absolutely reply on the civility, mutual respect, and genuine kindness people who come to this site not only show me, but to one another. In the almost nine years this site has been in operation, I’ve had a total of two garbage comments, and two garbage customers. (One of them gave me one single address to ship a pair of socks to, and when I shipped them there, she got back with me a short time later and said in no uncertain terms that I had ruined Christmas.)

I’m sure that there are other websites/blogs/web projects etc. out there in the world where people handle themselves similarly, but in my time in the bicycle world’s trenches, I’ve seen approximately zero.

To what do we credit this anomaly? Is it the content? Is it the audience? Is it me? Could it be that we all here are capable of critical and well-rounded thinking? Is it that we simply exist in a margin between time and space where nonsense and negativity wafts away like so much haze into the sky? Perhaps it’s all of these things, or none them, or some of them, or it’s all credited to the blessing of The Great Spaghetti Minster Herself.

I don’t know, nor can I hazard a guess, but I truly believe we have an extraordinarily unique community here, and I don’t for a second take it for granted.

Now that I’ve made this declaration, give yourselves a pat on the back for not being douches, I will do the same, and with that feather in our caps, let’s get on with the getting down.

I’ve made note of the Nerd Off Deadline several times in several avenues over the last couple of weeks, so for those alseep at the wheel, the deadline is today; 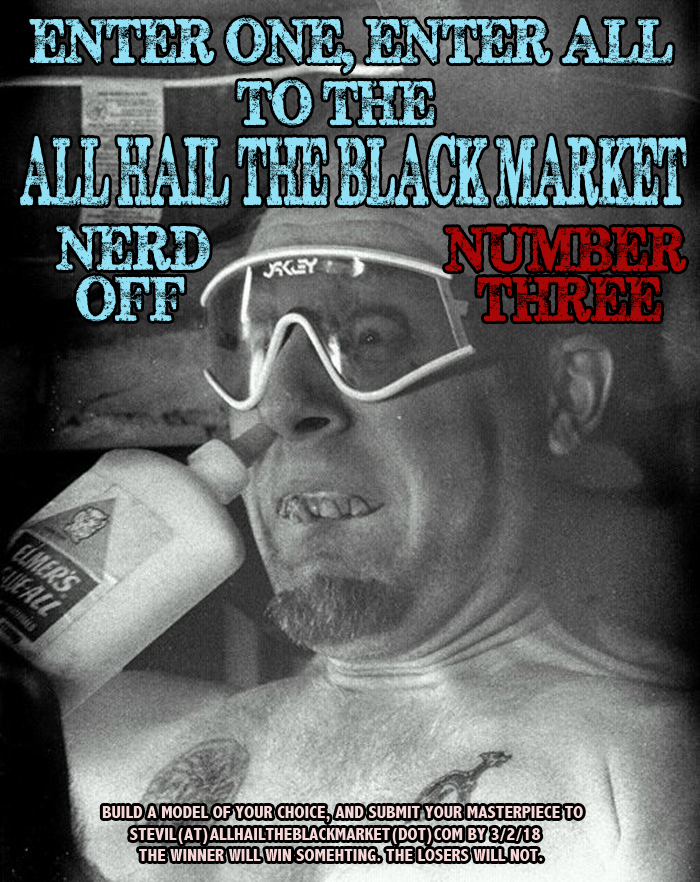 Have you built a model? Have you take photos of it? Then you’re 2/3s of the way there, champ. If I don’t have photographic evidence of your submission, then you haven’t actually entered.

I have to be honest- A few people came back with pretty epic submissions, but as a whole, the ball was fairly well dropped. If I don’t hear from a boat load of people today, I might call the entire thing, and transfer those entrants to next year’s effort. There is neither a harm, nor a foul as the last couple of months have been a shit show for just about everyone, myself included. If we don’t have a proper contest this year, we can always circle around to it next year and try again.

In news of bike rides through potential weather that postal carriers would slam the for on, Hurl from Cars-r-Coffins came though with a bit of news regarding this year’s running of his Slick 50, as well as thoughts regarding all of the Vista/Giro unpleasantness we discussed on Wednesday;

I know you’re fine, but how you doing?

You’ve had some straight shit-luck to start 2018, my man, so sit back and let me provide a little fodder for the blotter today. We’ve known each other a long time, going back to that sordid summer of 1998 and the Kentucky Ditch-Hopper incident during the NORBA tour. Well, to paraphrase the old Swobo™ t-shirt, NORBA doesn’t suck, it’s just dead now.

We are living in some fairly bleak times at the moment, to be sure, so I just want to lay down my opinion. And I’ll preface it by stating that I’ve never owned a gun, I don’t like guns, and they freak me the fuck out. People are rightfully pissed off at yet another cold-blooded rampage with a rifle. Many people feel powerless. “What can I do to help stem the madness?” they’re asking. A boycott of brands in the bike industry that trickle up to the NRA? Seems logical, to an extent, but as your FB post the other day alluded to, this whole boycott Vista business is a many-tentacled beast.

One of the kindest humans I’ve ever had the distinct pleasure of knowing works for Giro. He’s worked there long before Vista came along, and many (most?) of the people reading this know him, too. You will not find sweeter, gentler, incredibly generous human being in the bike industry.

And so now what? Do I engage in a de facto Salem Witch trial and burn the brand at the stake? It has been public knowledge that Vista purchased these brands, (Bell/Giro/Blackburn/et al) over two years ago. There certainly was no uproar nor cries for a boycott then, even though there has been countless senseless shootings since. Over at the Radavist, the very HIgh Priest of Hipness, John Watson himself, has had people basically berate him that they are no longer going to visit his site, and encourage others to do the same, all because he has offered his alternate opinion on the boycott. I consider John a friend, who works his ass off documenting all the great things going on. He contributes a lot of positivity. And yet, some of these people who have been on his jock for years are now signing off in the comments with the smug rejoinder, “a reader since the Prolly Not Probably days” like that qualifies them as the social arbiters of taste and decorum. Too many keyboard all-stars thinking they’re experts without taking the time to educate themselves on nuance and depth, or simply being open to considering all sides of an issue.

Look, I’m far from perfect. I know my actions have consequences, and create a ripple effect so I try to be kind to everyone I meet. I try to live my life with intention, to do no harm but take no shit. The best way I can contribute and affect change is within my local community, with my loved ones, my family, and my friends. My community also includes the bike community, friendships forged over many years and many miles with fine folks like you, and E. and EC, and CD, and Cockleburr and Jeff G. Holt, and on and on til the break of dawn. Like I always tell Gene O: “we’re not experts, we’re professionals.”

I’d like to conclude this screed with two points: 1. Stay off my lawn! 2. No Kooks! 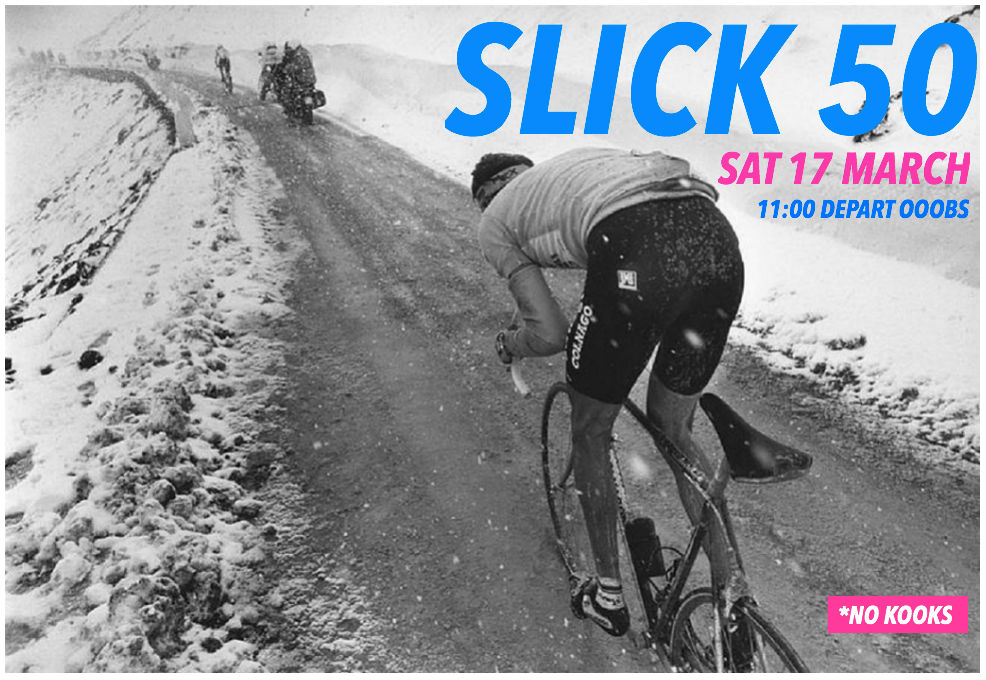 I can only reply with a reiteration of my opening statement.

I will close today’s effort with the efforts of another fine human being, Tim (Formerly) ‘Masi Guy’ Jackson, and his thoughts regarding the #NonSuicidePact we first covered in this post back at the beginning of January.

His is a wordy missive, which you can immerse yourself in wholly right here.

The short version for those of us with varying levels of attention deficit disorder is that in order to raise both awareness and some scratch of and for suicide prevention, he’s releasing a #NonSuicidePact revision of his ‘Sugar’ kit, through the Castelli custom program, and donating 100% of the profits to The American Foundation For Suicide Prevention; 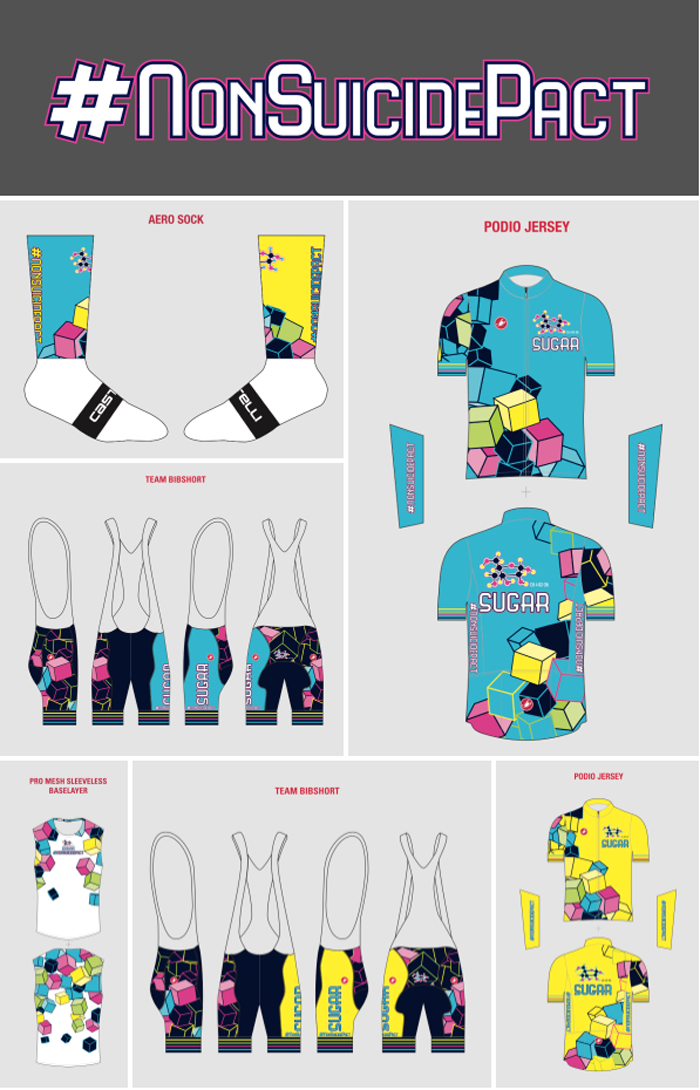 Because I’m posting this couple of days shy of when it was originally launched, the deadline is just over a week and a half off (by my math, the 27th of March), with a ship date of the 14th of May.

So if you are interested in the kit, and by extension, donating to the cause, head to the the custom program page, sign in, and make magic happen.

Nobody is going to take care of us but us, and so to handle the task, it’s best we keep our mouths shut, and both our hearts, as well as our eyes and ears open wide.