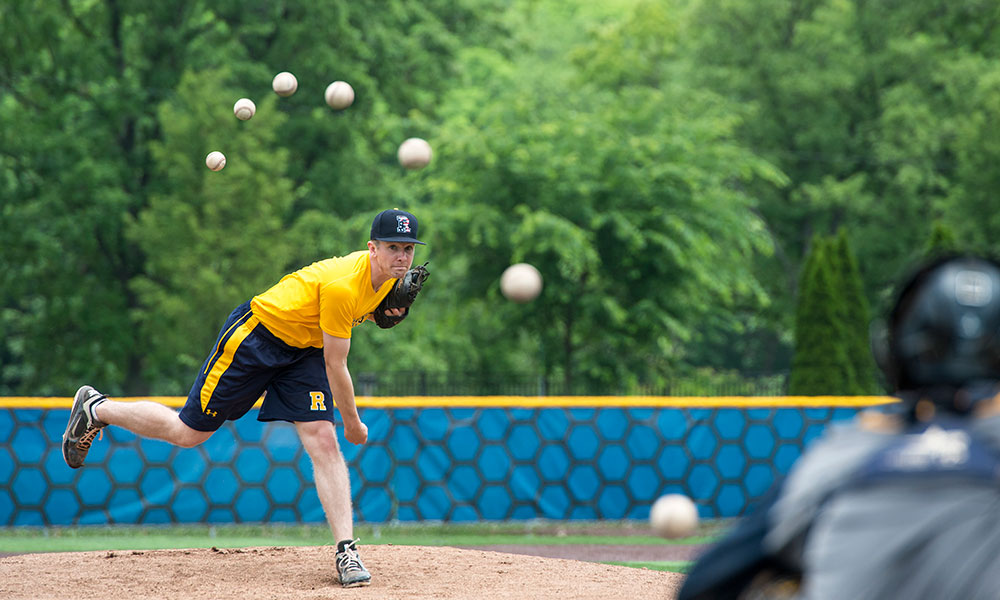 hole-lee cow… What a rollercoaster the last few days have been. Having recently acknowledged that I am my own worst critic at best, and relentlessly abusive at worst, my imminent vision quest just about got the better of me this weekend.

I decided that the dream camper, however inexpensive it may be, is still way out of reach for me financially. In response, I pared down, and pared down until I had it that I was basically just sleeping in the back of my truck with a bag of clothes and a camp pad. I attempted to build a sleeping platform, which if it was for periodical weekend trips would’ve sufficed, but with a extended trip on the not so distant horizon, just wouldn’t do.

So now in the wake of that failed foray into carpentry, I’m 200 dollars poorer, and have a bunch of firewood. The internal voice berating me, and confirming that I’m too stupid to even get something as simple as an adequate platform built was deafening. I emerged from Saturday feeling utterly defeated, and right back where I started at zero.

It was by a happy accident that I simultaneouly began reading an article in the April issue of Psychology Today called ‘Silence Your Inner Critic’; 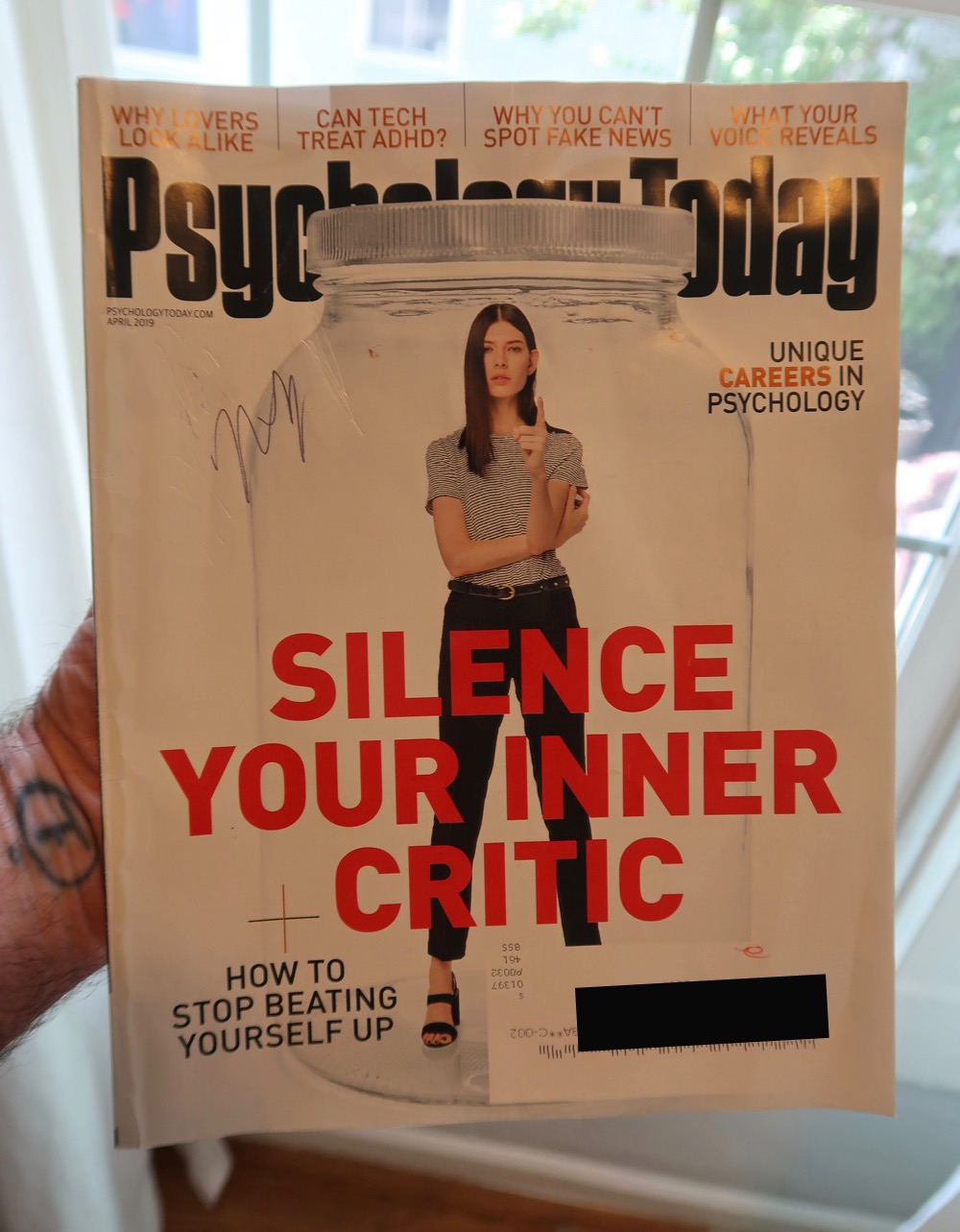 Among other things, it states the following;

The paradox of the inner critic is that it attacks and undermines you in order to protect you from the shame of failure.

And you know how to avoid failure? Convince yourself that you can’t do the thing you initially wanted to do, which then continues the ugly cycle all over again.

Perhaps I could remind this here readership about this post in which I made the following observation;

“Since I was a kid I’ve been a dick to myself. Most of it had a foundation in being staffed with a learning disability when I was 12, and generally feeling flawed up to that point anyway. I was convinced I was stupid, and as a defense against other people who might use my academic or (what I saw as) intellectual short comings against me, I made it a habit to strike myself first, and strike I did… Repeatedly, and with venomous hatred.”

This is as true as it’s ever been, and no matter how badly I want, (and after the calamity that’s been the last two years, it could be argued need) this trip, after Saturday’s derailment, I was fully ready to throw in the towel, and return to my corner defeated. In conversation with my wife she’d mentioned that in years past, a stumble like this would have sunk me for days, if not weeks. This time around however, I dusted myself off and got back to attempting to figure out a way to my original directive.

I’m going to be honest here- I’m utterly terrified. After deciding to go to college, and then taking a trip to Europe when I was younger with all of $500 in my pocket, this is the single hardest thing I’ve ever done. I don’t take for granted that both college, and the aforementioned journey to Europe are luxuries that legions of people will never be fortunate enough to experience for themselves.

It’s not the access to secondary education, or a fun trip to new lands that I’m referring to. It’s muting the deafening voice in my head that always, always screams at me that I can’t do it. I’m not bold enough/smart enough/resourceful enough/worthy enough to take these leaps of faith, and they will inevitably lead to failure, so I might as well just sit here quietly, and hopefully the scary opportunities will pass, leaving me safe and unaffected.

This is a horrible way to live, and I’m tired of it, but in general I’m too scared to make a move away from such a comfortable (albeit relentlessly destructive) mode of operation.

Having said all of this, I will also reiterate that the idea of asking for help makes me sick to my stomach, but given my current timeline, I’m up against a wall and have run out of options, so here is what I propose-

1) If you are local, and have had an eye on a good number of my bikes, I’ll make you a deal on a few of them. If you’d like a list of what’s for sale, give me a shout directly. Unfortunately because I’m currently working about 100 hours a week, I have no additional time with which to box and ship.

2) Buy stuff from the AHTBM store. I also have a dazzling new shirt in the works that I hope to have in hand in about two weeks, give or take, (which will push my departure out a bit, but I gotta do what I gotta do) that was arted up for me by none other than Brado Hisself; As I said, I hope to have that soon, but in the meantime, I always have hats, and socks and stickers and whatever else is in there that you can feel free to purchase.

3) Lastly, and this is the one that really hurts to bring up, but if you are feeling charitable, maybe throw five or eight bucks at me via the Pay Pal. If that doesn’t sound good, then think of it as a penny per, for the last 500 posts. I don’t know… Asking for help has never suited me, and if I wasn’t out of options, I wouldn’t do it. As it stands, I am, and I am, and if anybody reading these words could spare a miracle, I could certainly use it now.

I’m hoping that any residual good karma I might have wafting around out there in the atmosphere somewhere, might find now to be a good time for a visit.

Beyond funding my time away from my desk, though this I’m hoping to develop a bit of a nest egg so that upon my return, I could hit the ground running and restock the store with an array of new, and as of yet undisclosed merchandise, because as we all know, life’s various expenses never go away, no matter how fast we run.

So I ask you now- Can you help a brother out?

My pathetic plea aside, I’d like to take a quick opportunity to wish Robert Kurtz (known to most as simply ‘Kurtz) a very happy birthday.

On Sunday a squad of us met up at his house and proceeded to go on a rolling rip to a bevy of drinking and snacking spots; 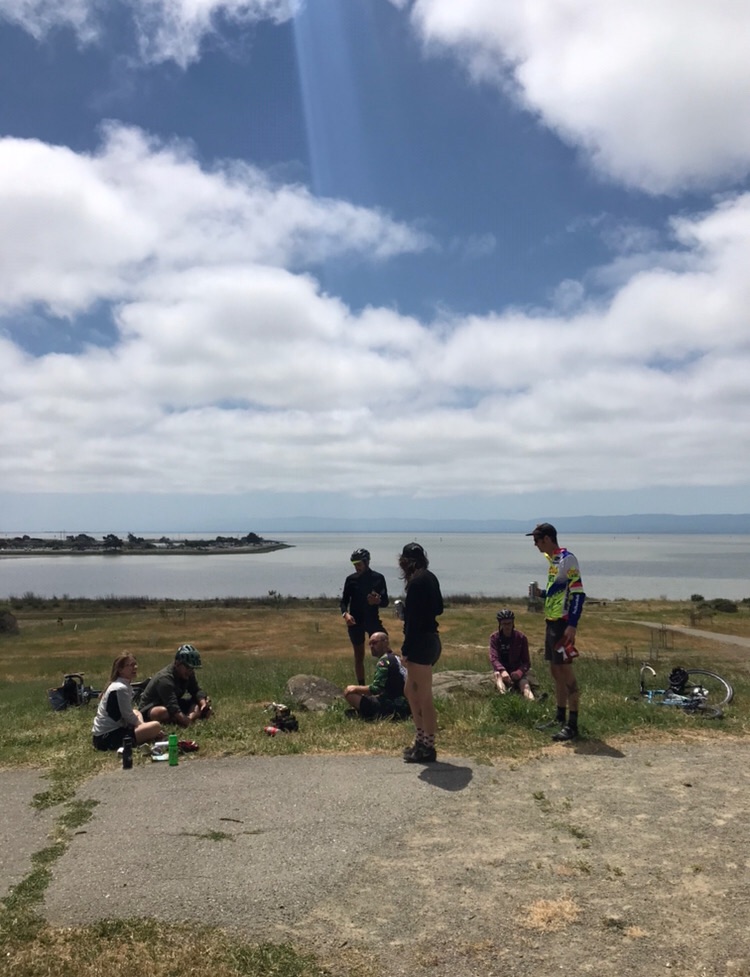 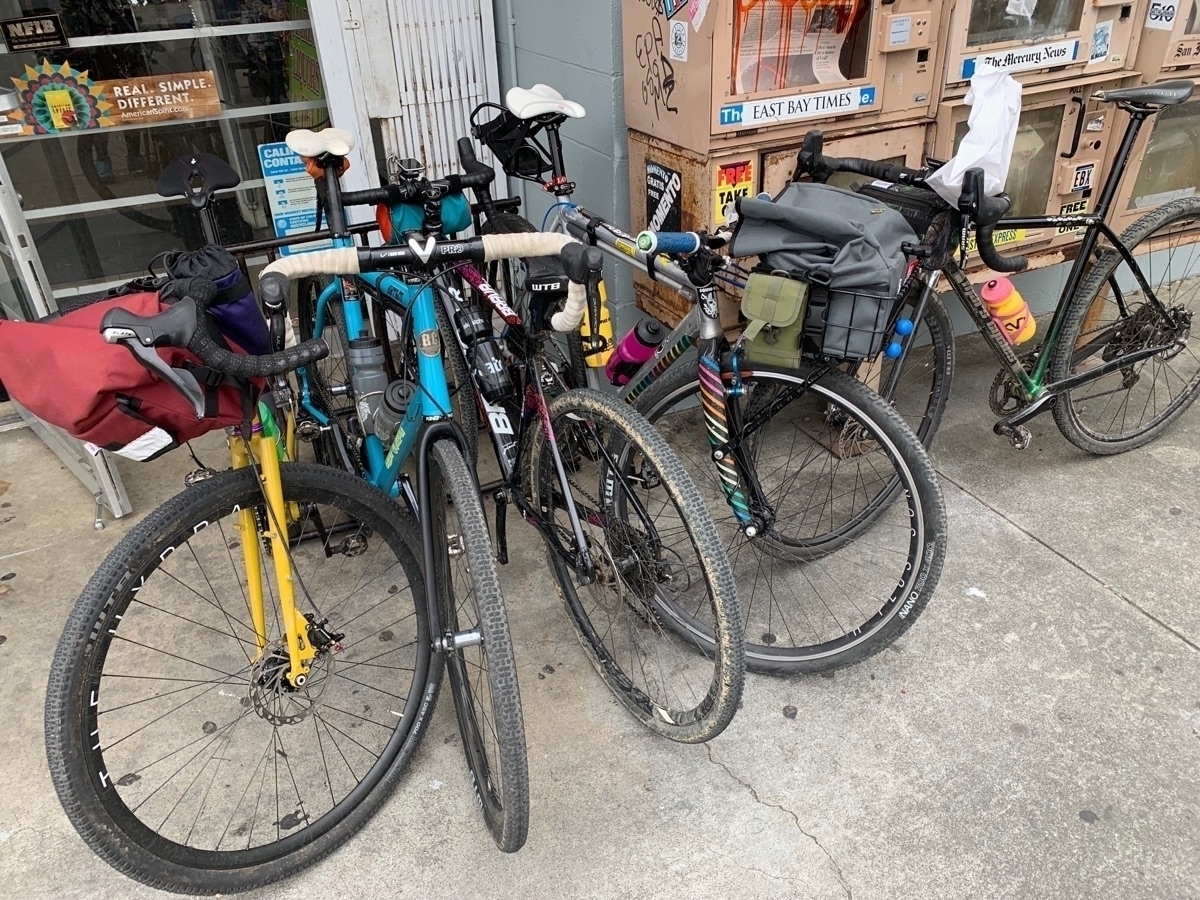 Finally, we arrived to one place where we were met by a gaggle of critters, all of whom were bent on snacks; 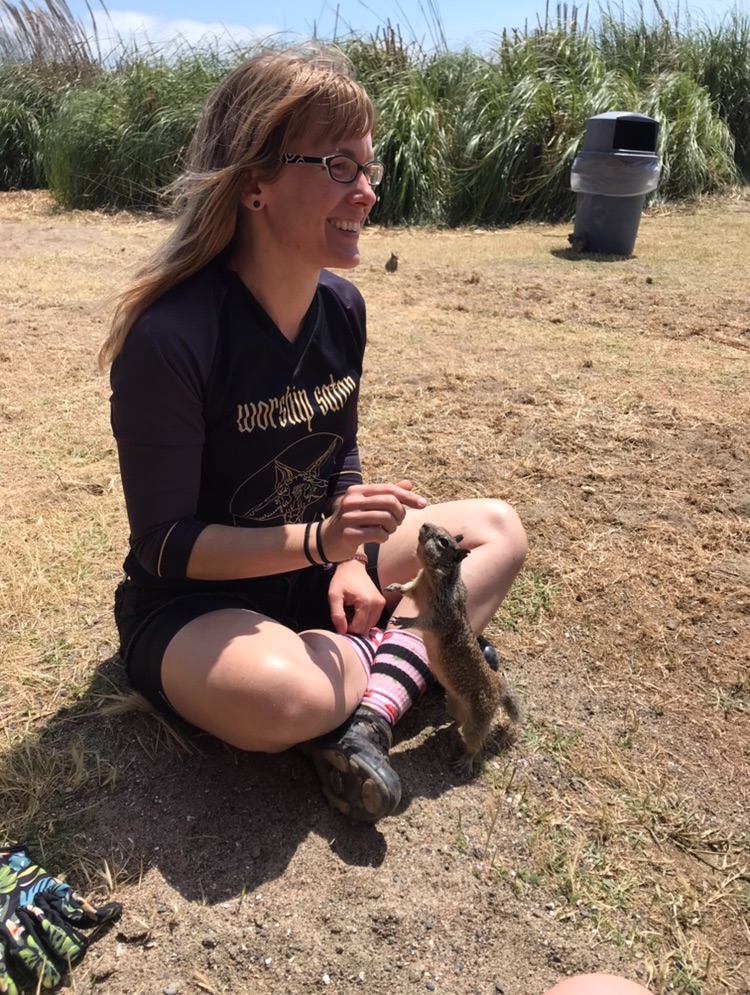 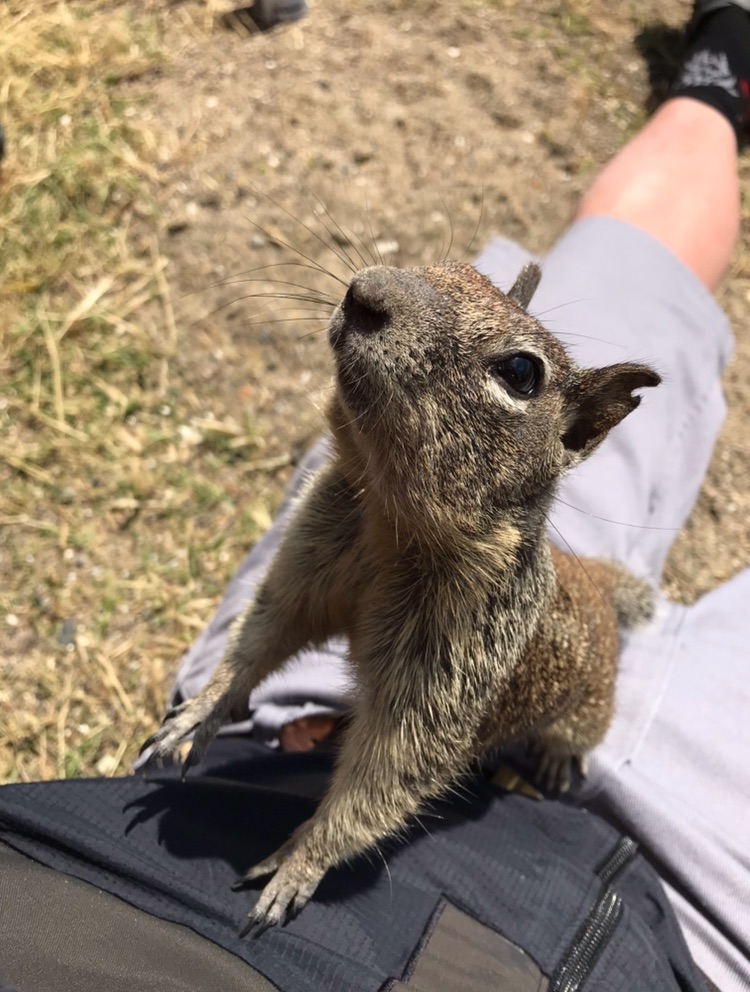 The threat of having our faces nibbled off was never so cuddly.

We concluded the day back at Kurtz’s house where we ate and drank and enjoyed our respective sunburns.

A good day was had by all, and it served to remind me that sometimes when life throw you one or several curveballs, immersing yourself in a circle of friends will at least, for a short while anyway, help keep them in the air.